On the latest episode of “The Return of Superman,” Hao surprised both viewers and his dad Gary with his cleverness!

During the October 11 broadcast of the KBS reality show, Gary worried that Hao was eating too much chocolate and decided to hide some around the house. He then told his son, “If you find [any chocolate], I’ll let you eat it.”

Hao immediately began diligently searching for the hidden chocolate around their apartment, even lying on the floor to check whether there was any under the sofa. His industrious search even led him to their kitchen drawer, where he gave his dad quite the scare by finding a traditional Korean herbal medicine wrapped in gold foil, which resembled the shiny foil-wrapped chocolates he’d been searching for. 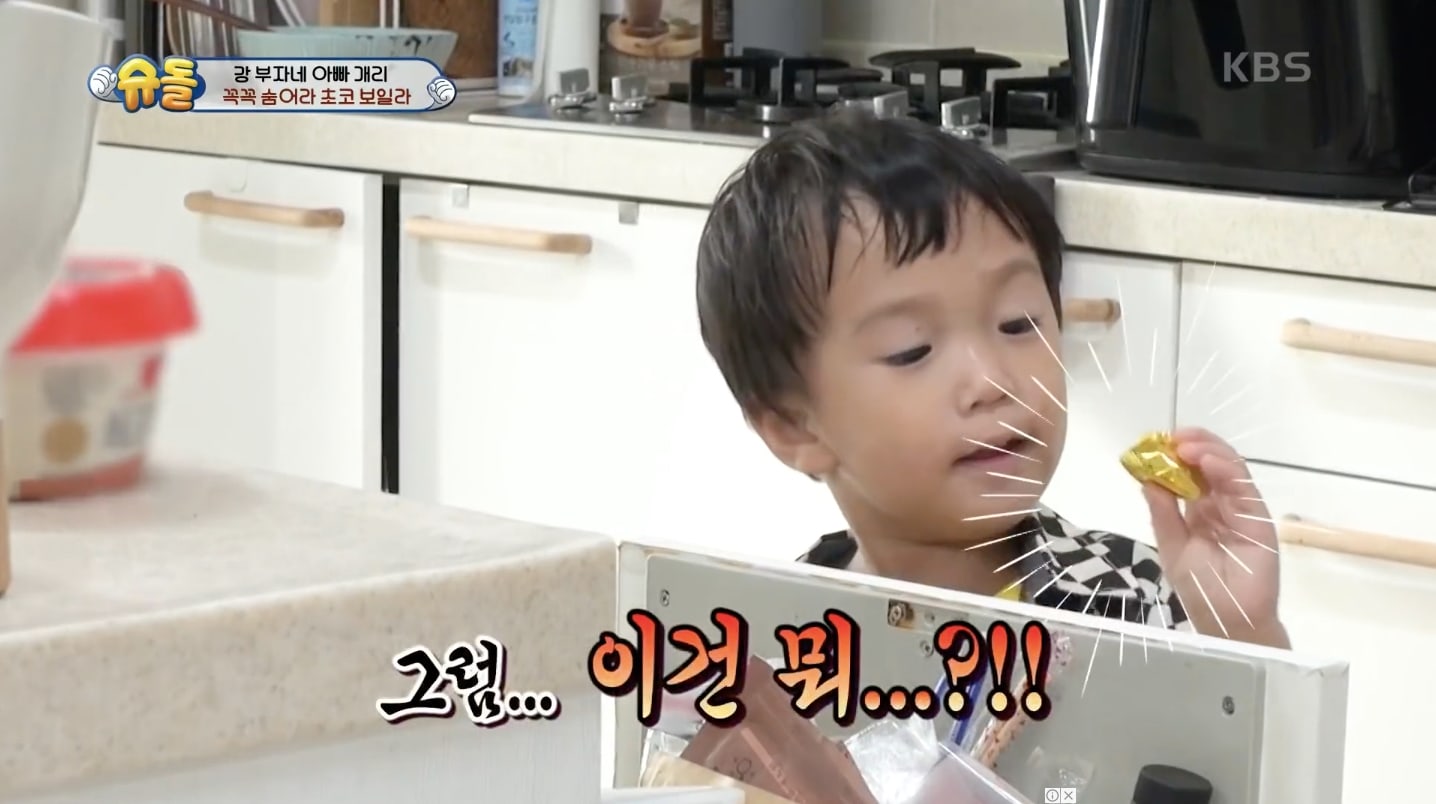 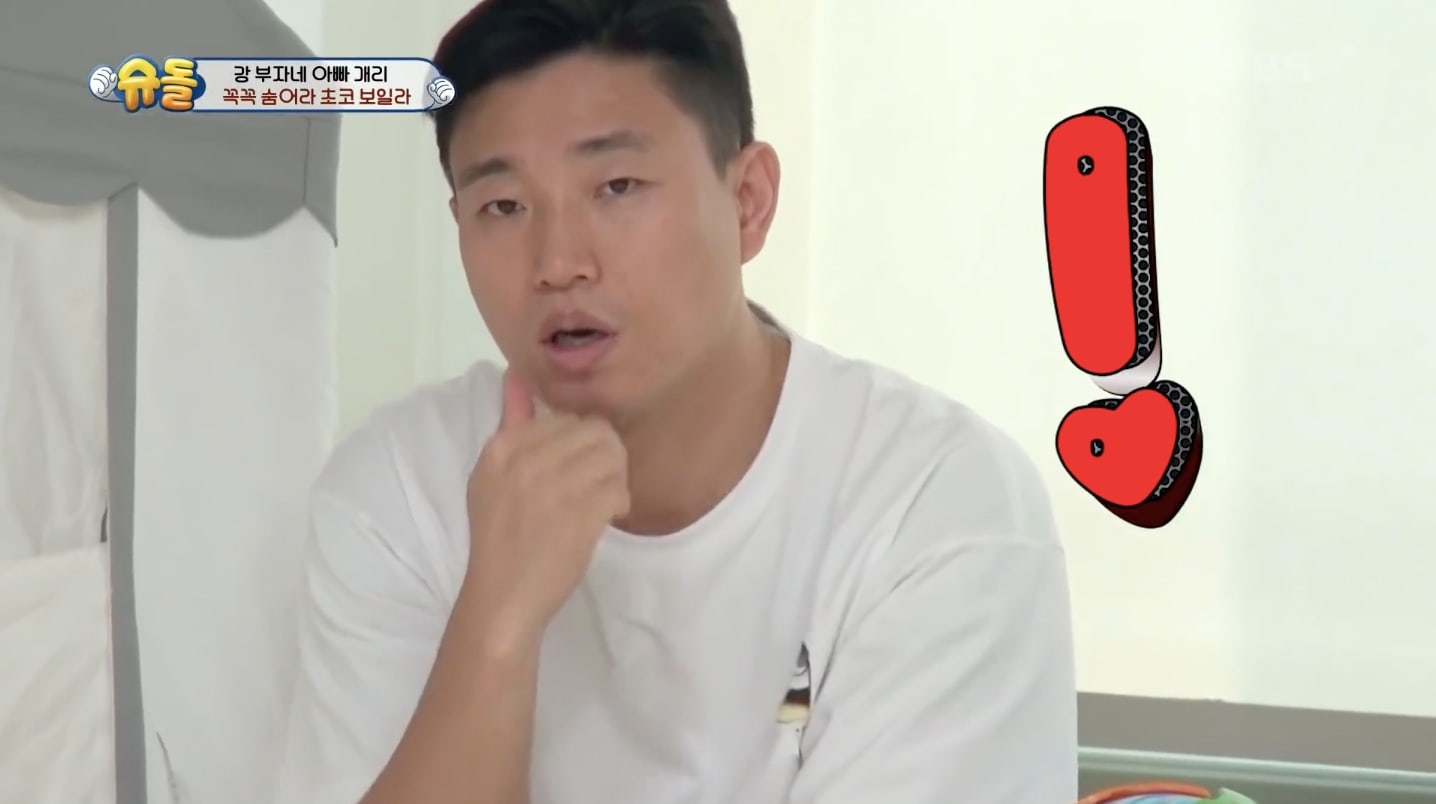 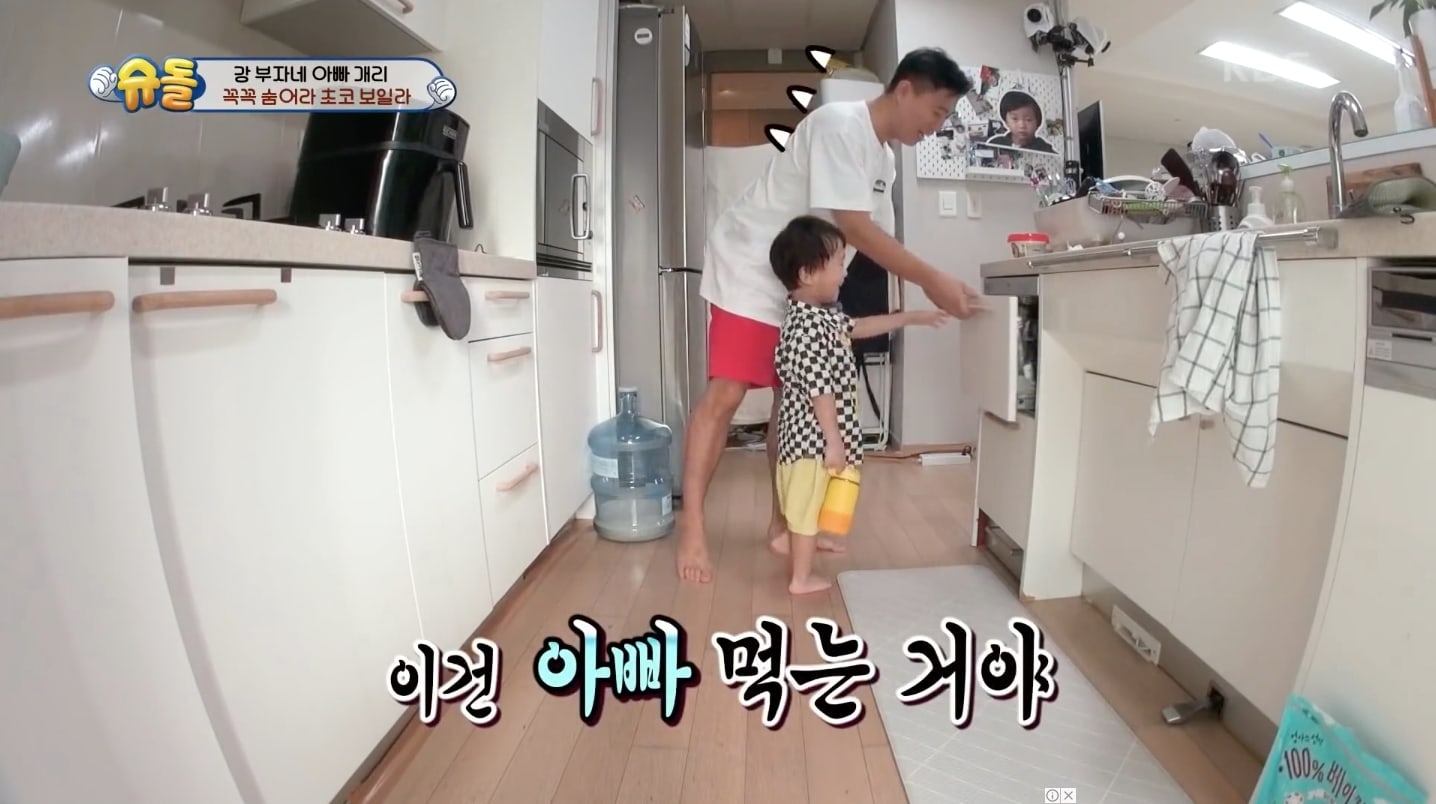 After rushing to the kitchen and convincing Hao not to eat the herbal medicine, Gary left his son alone in the living room for a few minutes. As soon as his dad left the room, the crafty Hao slipped inside the cameraman’s tent and asked him politely, “Have you seen my chocolate?”

When the cameraman told him that he didn’t know where the chocolate was, Hao asked, “Did you film everything?” He then cleverly asked the cameraman to play back the footage he had shot earlier, so that he could see where his dad had hidden the candy. 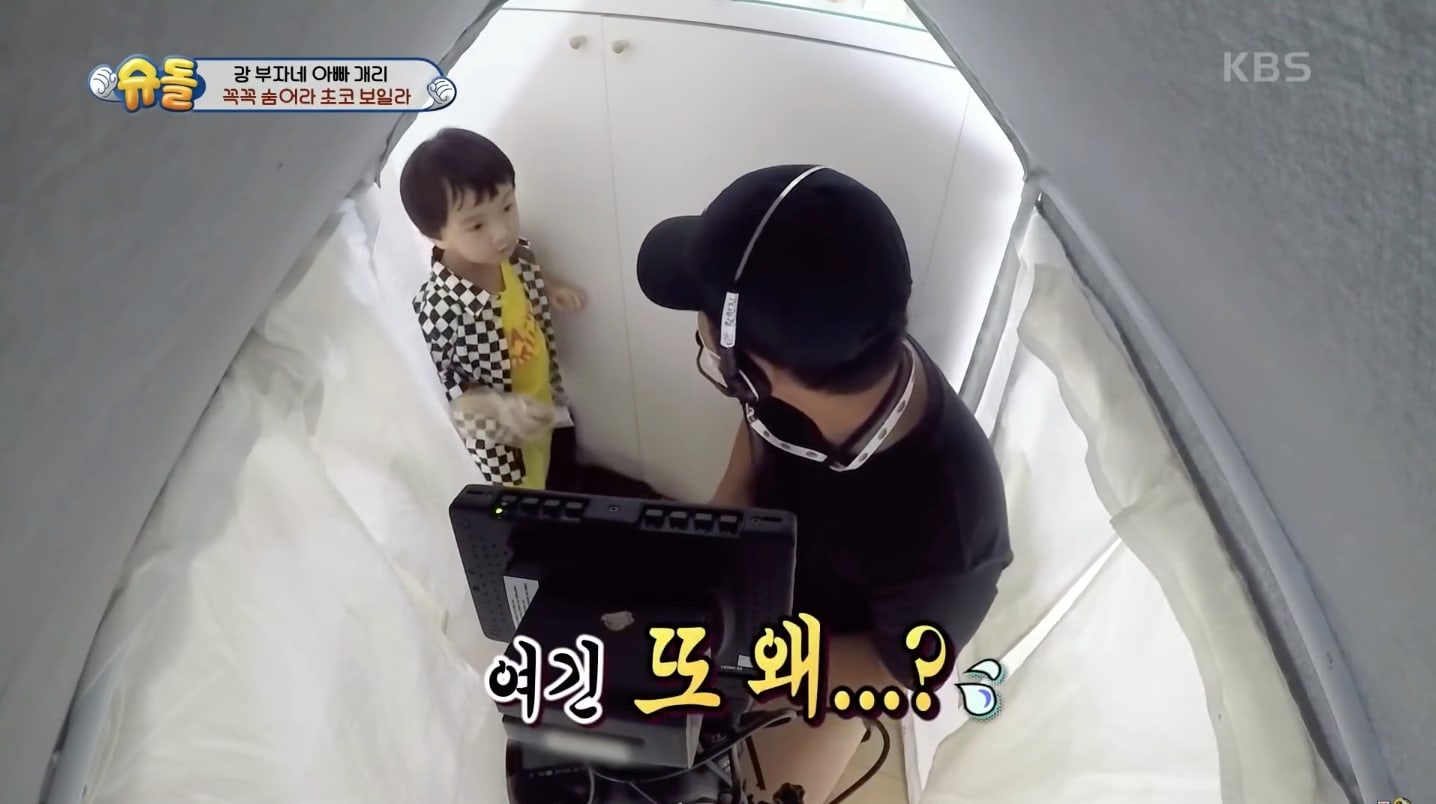 After making the cameraman promise to “keep it a secret” from Gary, Hao sat down to watch the footage, which showed his dad hiding a chocolate candy inside the piggy bank while Hao’s back was turned.

He then rushed over to the piggy bank and claimed his treasure, to the surprise of his clueless dad, who returned to the room moments later. 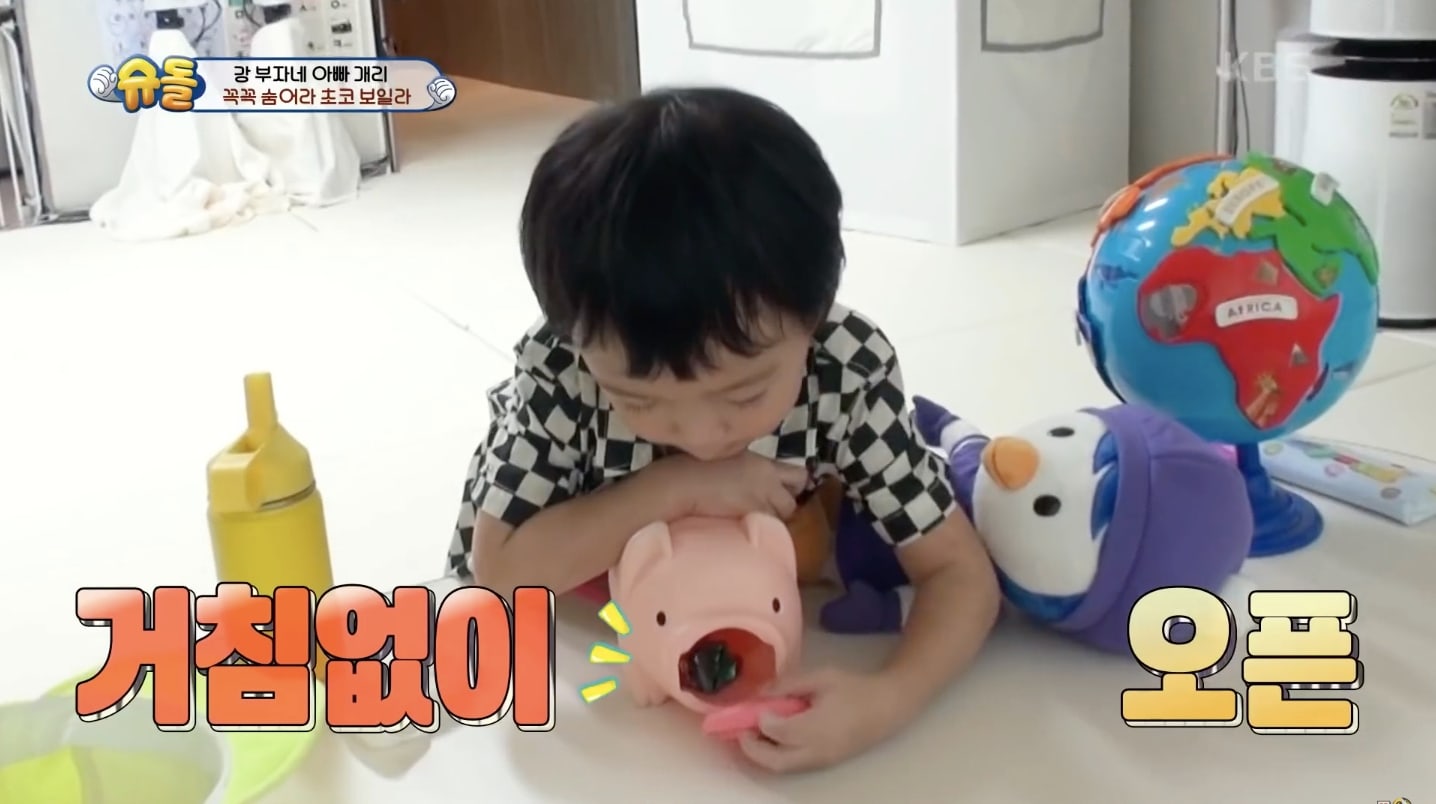 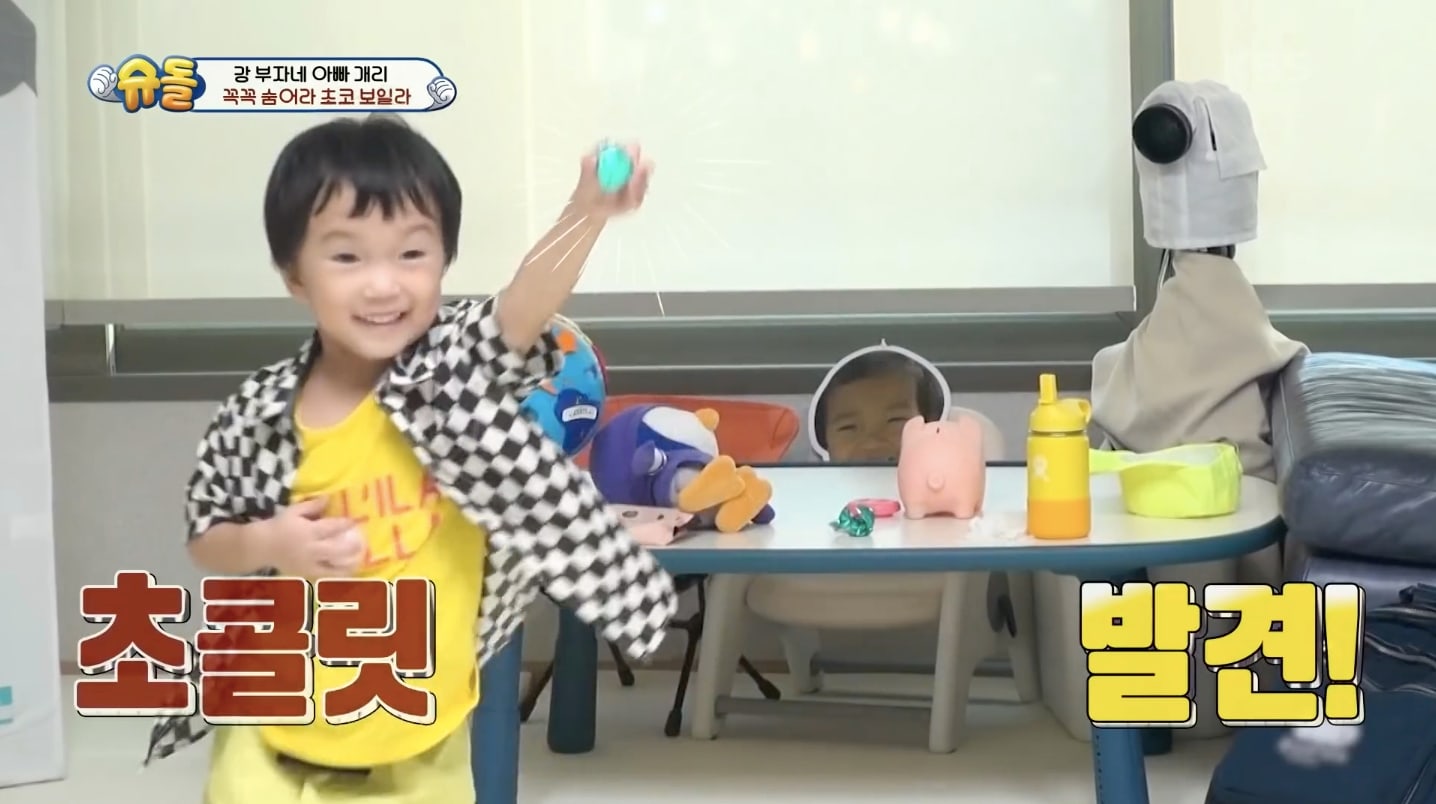 Watch Gary and Hao on “The Return of Superman” with English subtitles below!