Watch: New Teaser For Drama “Search” Explains Why Krystal And Jang Dong Yoon Had To Join A Special Task Force

OCN’s upcoming drama “Search” has released a two-minute teaser that gives a taste of what the plot will hold.

“Search” is Korea’s first military thriller and tells the story of a mysterious disappearance and murder case in the demilitarized zone, or DMZ. The video shows Corporal Oh being attacked and dragged away by an unknown being while on duty. A search team is sent out to find traces of the missing soldier.

In the middle of the night, amid the grassy plains, Lieutenant Son Ye Rim (Krystal) comes into contact with the unknown culprit. But in an instant, the unidentified being disappears again. A special task force is then formed to resolve the case. Led by Captain Song Min Kyu (Yoon Park), the team is given the name “Polaris” and instructed to kill the enemy within a week.

Things are set into motion with Captain Song Min Kyu’s confident brief announcing that the mission will start at 12:05 a.m. the next day. The situation quickly escalates when while investigating, Sergeant Yong Dong Jin (Jang Dong Yoon) reports seeing a sign of the culprit. He goes after the movement in the grass in a frenzy, adding to the suspense. 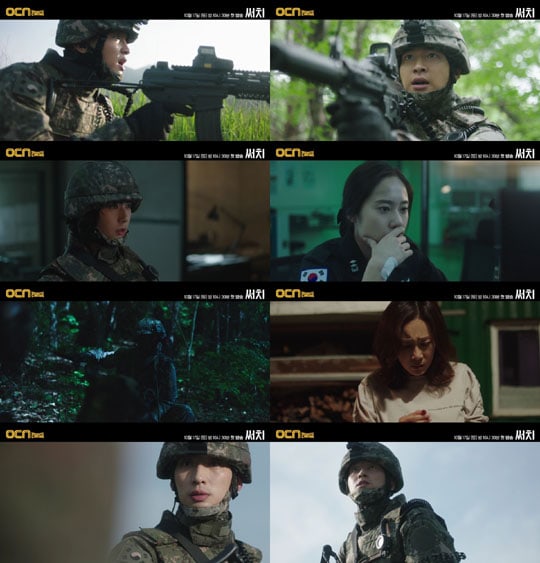 The video also highlights other points of interest. In particular, Captain Song Min Kyu is obsessed with succeeding in this operation after receiving an ambiguous order from a higher-up. Sergeant Yong Dong Jin’s claims that the enemy they are after is not human also adds to the mystery. The tension is heightened once more when he disappears during his search.

Who, or what, is the unknown being breaking the peace in the DMZ? Where has Sergeant Yong Dong Jin gone, and will his “Polaris” teammates be able to retrieve him?

You can watch another teaser here: