“Start-Up” has been in the works for the past two years, meaning Oh Choong Hwan and writer Park Hye Ryun spent a lot of time discussing who they should cast. They spoke about having previously worked with Suzy in “While You Were Sleeping,” commenting, “We have experience working with her and have good memories from then. We cast her because she’s clear and transparent and we want to support her. She’s an actress we know well and really like.”

They continued, “Nam Joo Hyuk left a deep impression in ‘Radiant.’ The way he wore a plaid shirt then was so memorable. That’s why we thought he would be similar to a developer who goes around meeting people and maturing through that. Kim Seon Ho is an actor we personally like. On top of that, he has a very gentle personality in real life and a cute image, regardless of his age. There’s a certain coldness that his character Han Ji Pyung has but we just keep calling him a softie.”

Regarding Kang Han Na, they shared, “Unfortunately, she plays the most lonely role. Kang Han Na has that certain strength to her. We thought that would provide a positive influence for the drama. Although she’s a very complicated character, she’s also very warm.”

Suzy plays Seo Dal Mi, who dreams of becoming Korea’s Steve Jobs. The star commented, “I was expected by the unique plot of ‘Start-Up’ and the complicated relationships that all stem from a letter. I was also curious about how the story would unfold. I decided to join because it conveys a supportive message to young adults.” 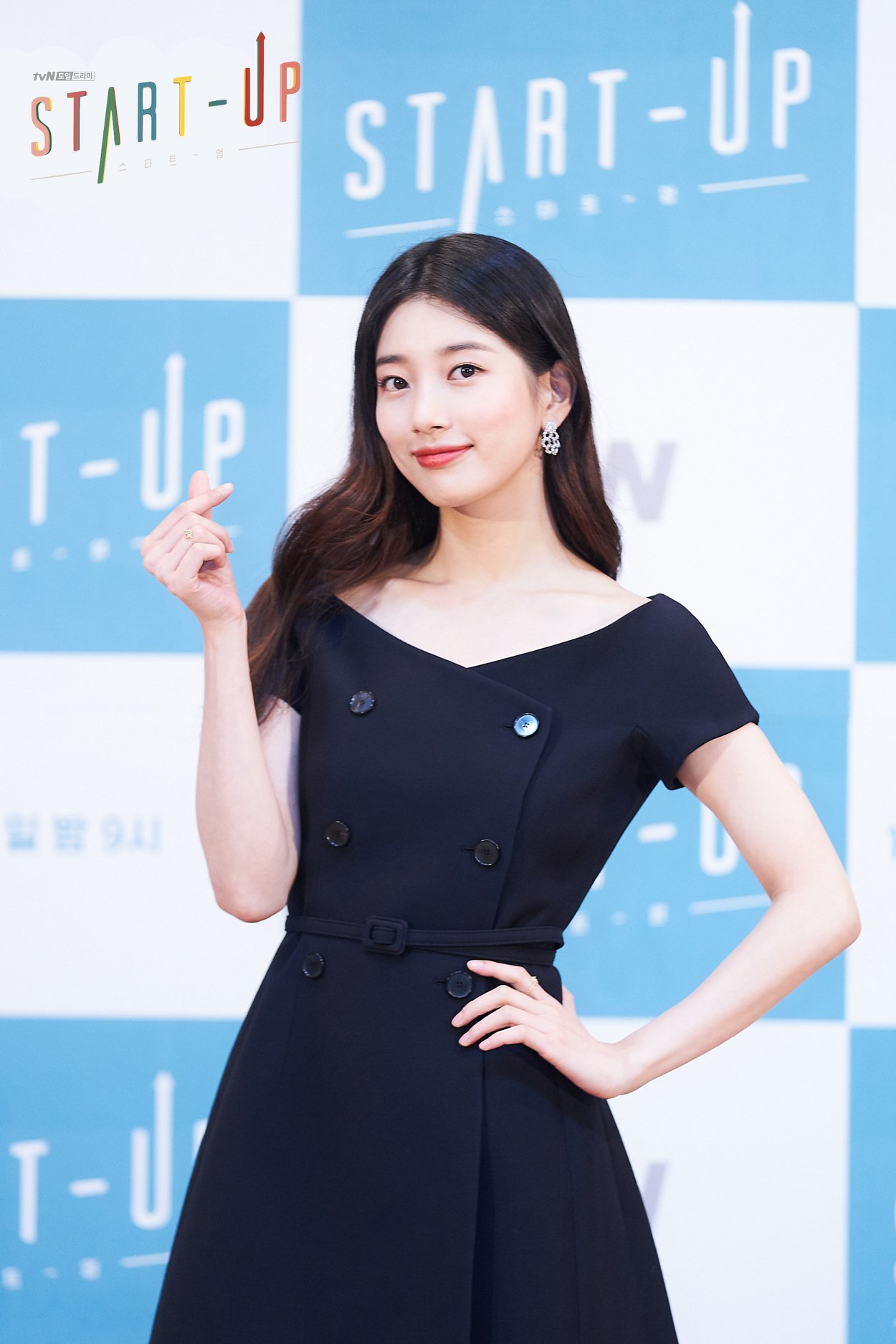 Nam Joo Hyuk will portray Nam Do San, founder of Samsan Tech and a stereotypical nerd. The actor shared, “When I read the synopsis, I felt that Nam Do San was someone who was not yet complete. As both myself and Do San, I wanted to fill up that missing two percent. We’re also around the same age. This character feels a lot of the different emotions that I feel myself. Although we have different careers, I really wanted to grow together with him.” 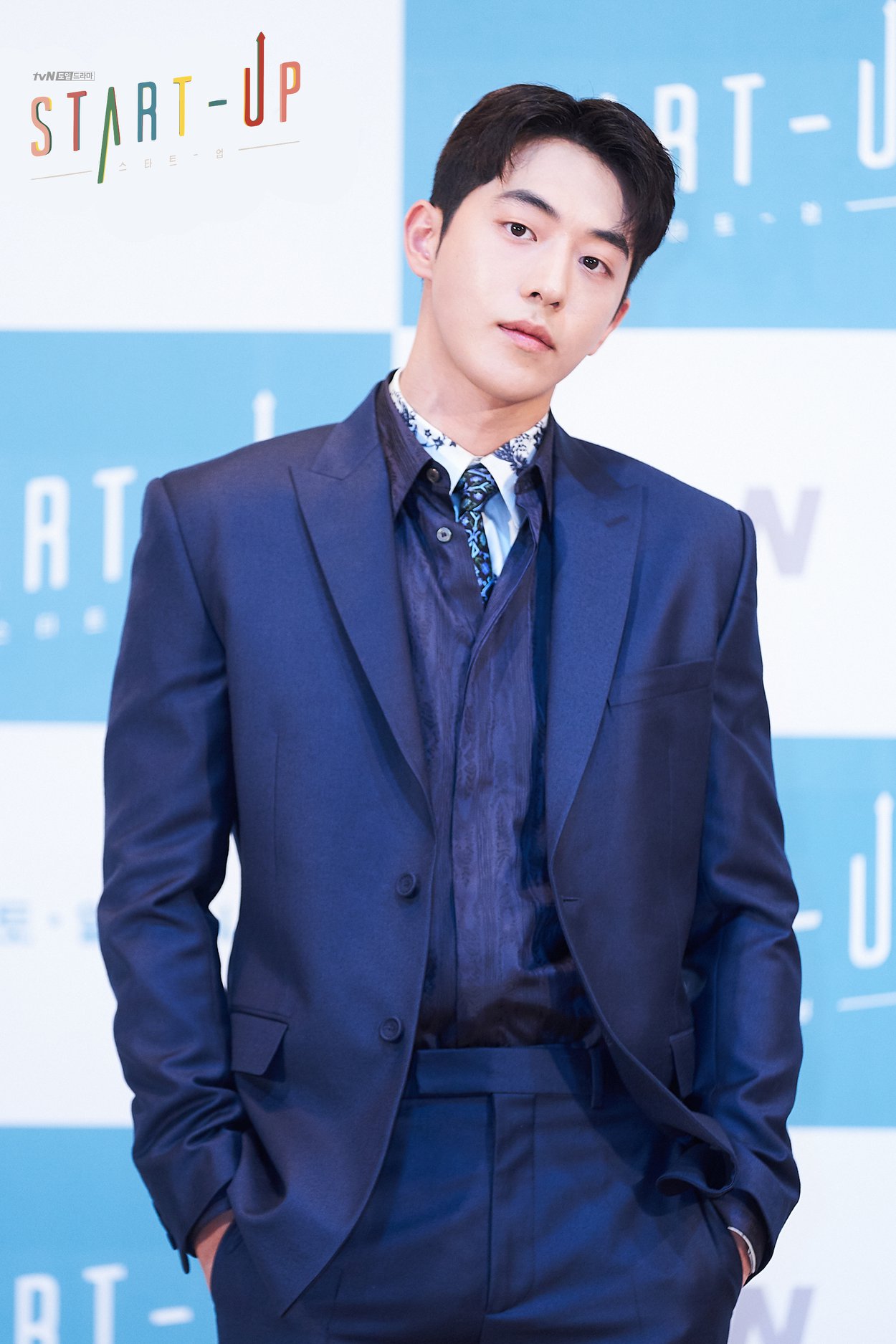 He also explained that he didn’t need to overthink how to portray Nam Do San. Nam Joo Hyuk commented, “I just thought I would have to show myself as I am. I was able to act comfortably.” Suzy made everyone laugh as she chimed in, “Even I think he’s exactly like Nam Do San.”

The two also discussed working with one another, with Nam Joo Hyuk commenting, “While working with an actress my age, my anticipation rose as I thought that there was a certain charm we could convey at our current age. The chemistry we have is good too.”

Suzy added, “When we were on set together, the energy was really good. It felt like our synergy was rising. Although I said he was exactly like Do San, he was so immersed while acting. He was so bright and pretty that I thought I wanted to support him.”

The director shared, “I want to praise myself for casting Suzy and Nam Joo Hyuk. They’re so pretty. These two pretty people really shine. Even if it’s not a special scene, there are so many beautiful scenes and I also found myself become a viewer rooting for their growth.” 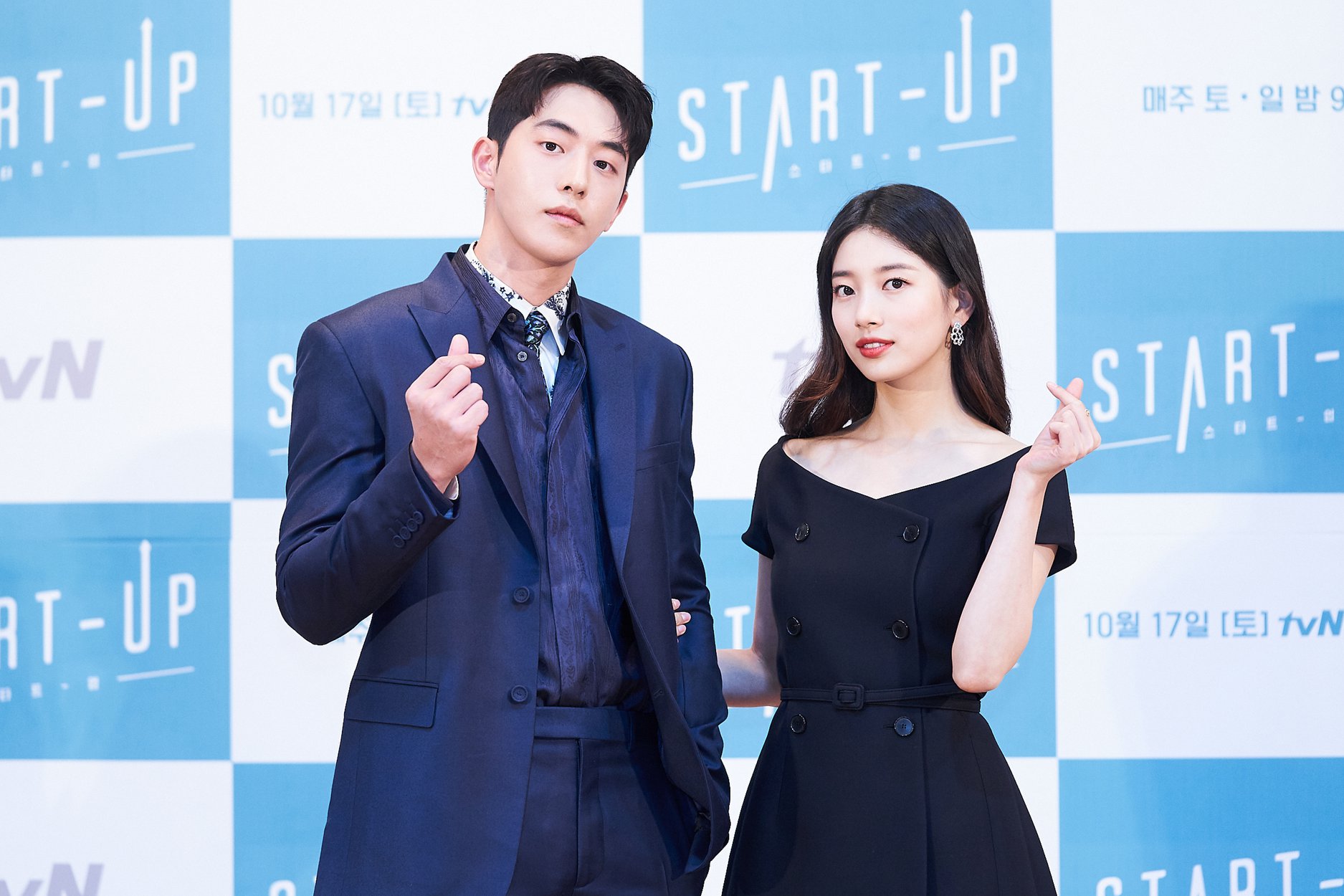 Kim Seon Ho explained his decision to join the drama as SH Venture Capital team leader Han Ji Pyung, sharing, “I felt so comfortable reading the script. These days, there are a lot of stimulating and intense plots, but ‘Start-Up’ wasn’t like that. Not just Han Ji Pyung, but all the characters have many lines that are gems. I became curious about the next scene.”

Kang Han Na plays CEO and second-generation chaebol Won In Jae. She remarked, “The way I make decisions is similar to Won In Jae and the same goes for the way we execute those decisions. For my hair, director Oh Choong Hwan and writer Park Hye Ryun said they thought a short cut would suit the role. I agreed, so I cut it right away.” 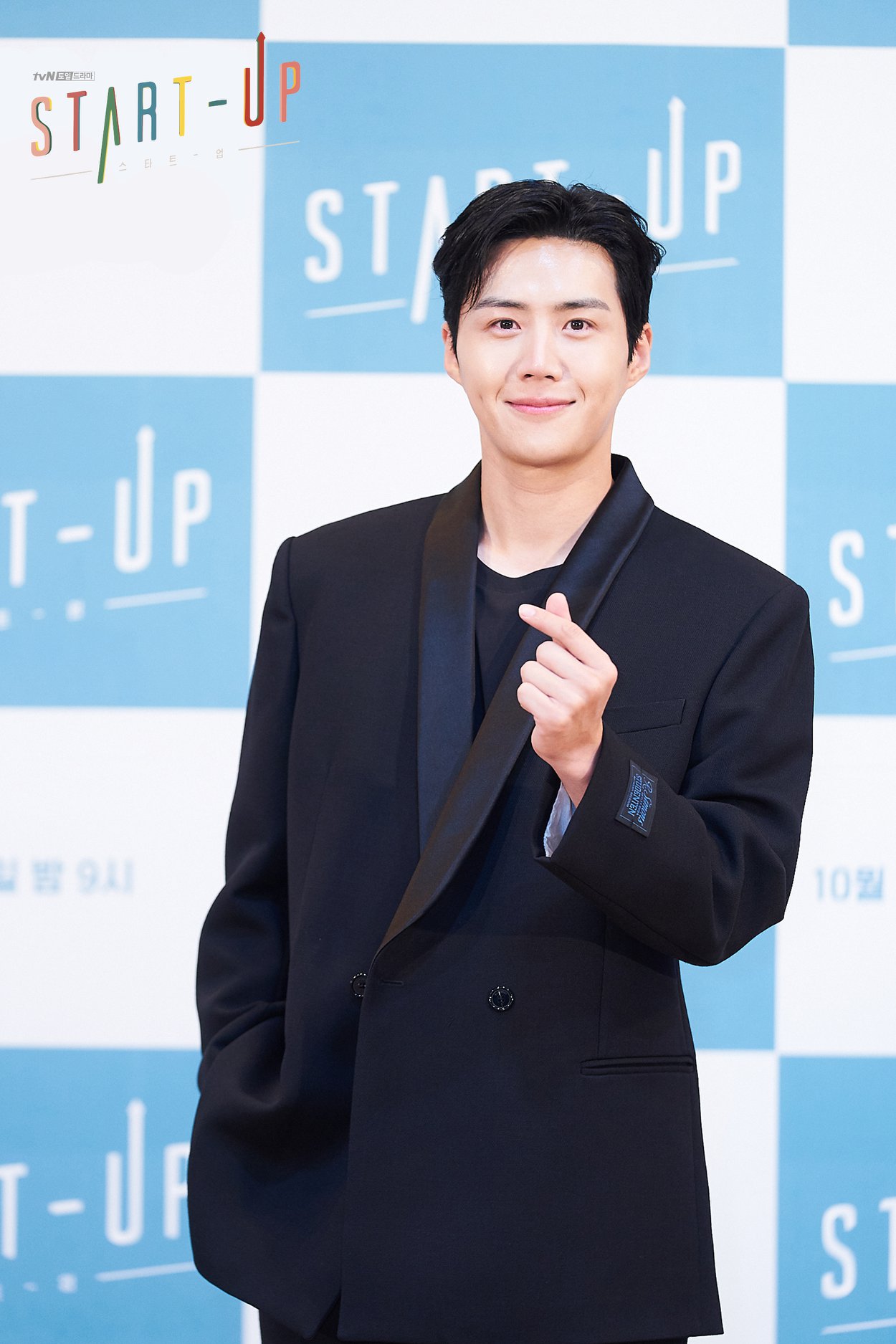 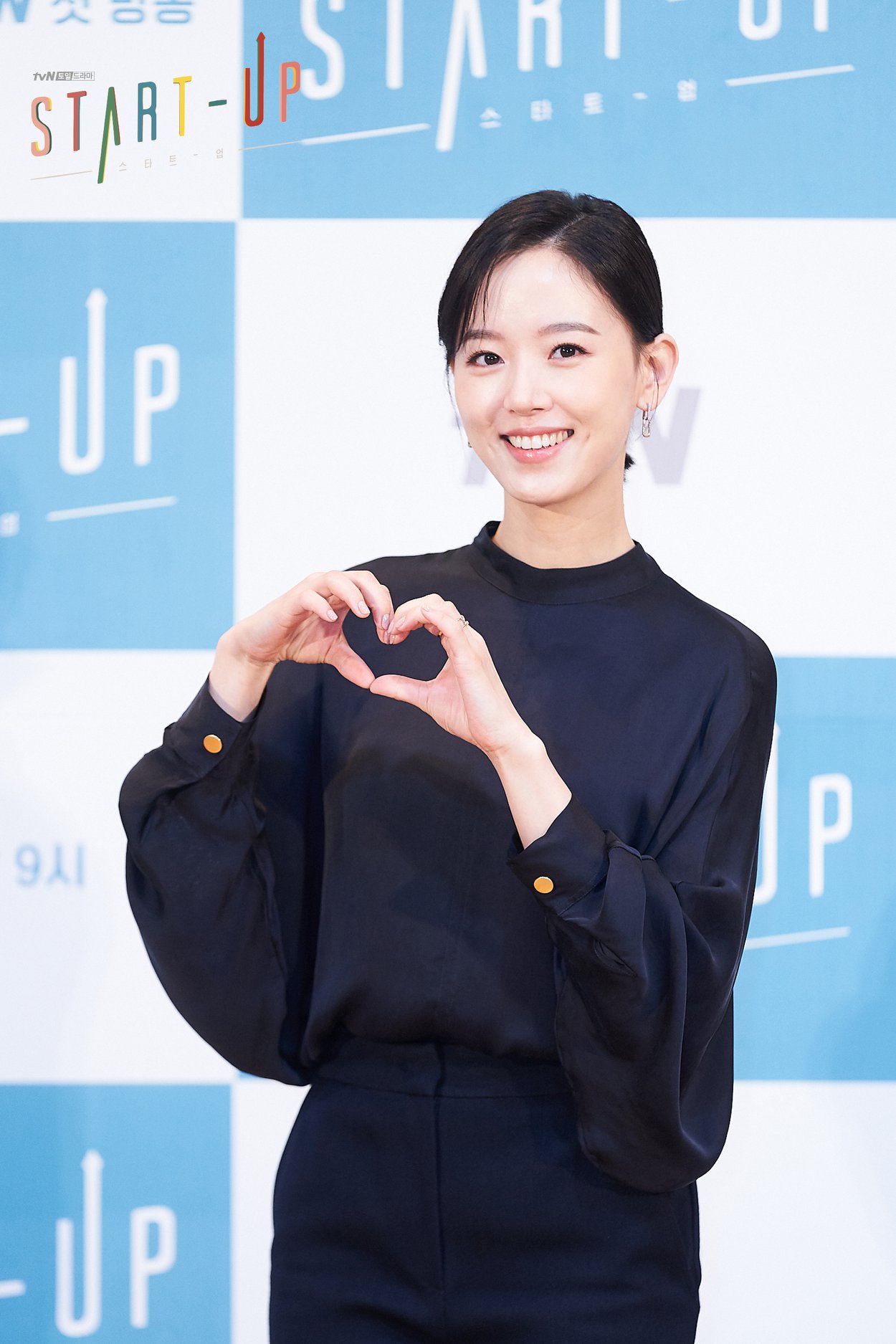 In the meantime, watch Nam Joo Hyuk in “Radiant” here!