On October 12 local time, Billboard announced that Jawsh 685, Jason Derulo, and BTS’s “Savage Love (Laxed – Siren Beat)” is now at No. 1 on the Hot 100 chart. “Savage Love (Laxed – Siren Beat)” was released by Jawsh 685 and Jason Derulo, and BTS joined them to share two remixes (a vocal and an instrumental version) of the hit on October 2. The remixes propelled the song from No. 8 on the Hot 100 to No. 1 this week!

Billboard states that BTS is listed on the Hot 100 as a billed act for the song for the first time because the track’s overall activity in the tracking week favored the versions with all three artists. It’s described that the majority of the track’s overall sales were owed to the BTS remixes, almost all of the song’s overall radio airplay was for the Jawsh 685 and Jason Derulo version, and overall streaming for the song was split more evenly among the versions with or without BTS. 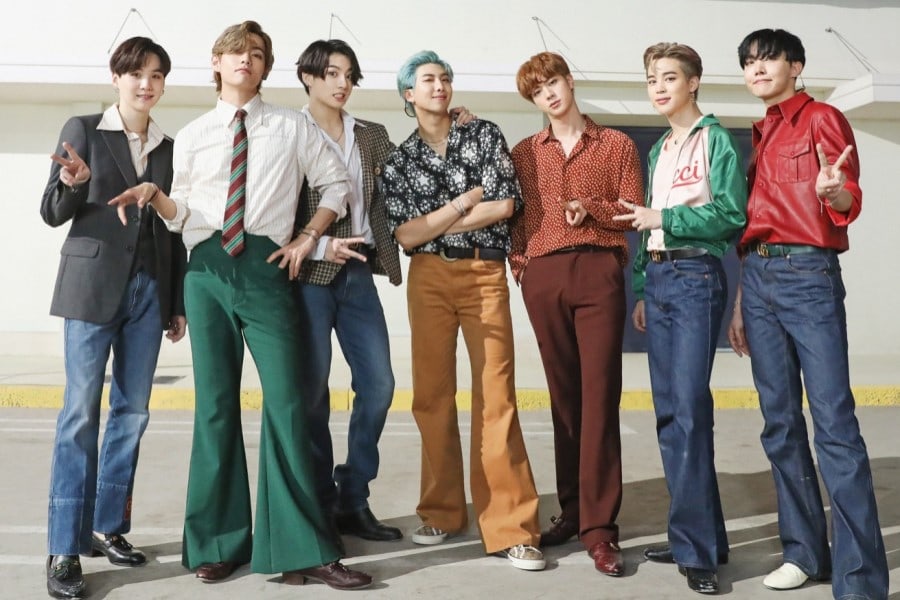 BTS became the first all-Korean act to take No. 1 on the Hot 100 when “Dynamite” debuted at the top this summer. They’re now the first Korean act to rank simultaneously at No. 1 and No. 2!

Billboard also notes that BTS is the first group to take the top two spots simultaneously since The Black Eyed Peas did so for four weeks in June-July 2009 with “Boom Boom Pow” and “I Gotta Feeling.” The only other duos or groups who have done so in history are OutKast, Bee Gees, and The Beatles.

Two songs on top of the chart! Thank you ARMY for all your love!#ThankYouARMY https://t.co/cP7L4c5W1M

The Hot 100 ranks the most popular songs in the United States across all genres based on streaming, radio airplay, and sales data. Billboard’s charts will update for this week (dated October 17) on its website on October 13.