BLACKPINK Discusses The Journey Of Filming Their Upcoming Documentary “BLACKPINK: Light Up the Sky”

On October 13, BLACKPINK held an online press conference for their Netflix documentary “BLACKPINK: Light Up the Sky.”

The documentary is directed by Caroline Suh of the cooking documentary series “Salt Fat Acid Heat, and it tells the story of BLACKPINK’s journey and rapid rise to fame since their debut in 2016. It will feature never-before-seen footage of the group as well as behind-the-scenes stories from the group’s dorm life and backstage events. The film also goes more in-depth through interviews with each individual member.

Caroline Suh joined them for the press conference, and during the event, she said, “Actually, I didn’t know anything about K-pop, but I found out about it through my nephew who is a huge fan of it. I didn’t know much about BLACKPINK either, but I became in charge of this documentary. As a Korean-American who is very interested in Korea, I looked up all the data about BLACKPINK, and afterward, I realized I must do this. They’re much cooler than I am, and I really enjoyed working with them. Someone asked me what the hardest part of this process was, but I actually found it to be very interesting and fun.”

Jennie also shared her thoughts on the documentary, saying, “We always wondered what would be the best way to share our journey, but through a good opportunity, we were able to meet Caroline Suh. After talking with her, we became confident about it. The documentary is going to be released in an exciting way, so I hope tomorrow comes soon.” 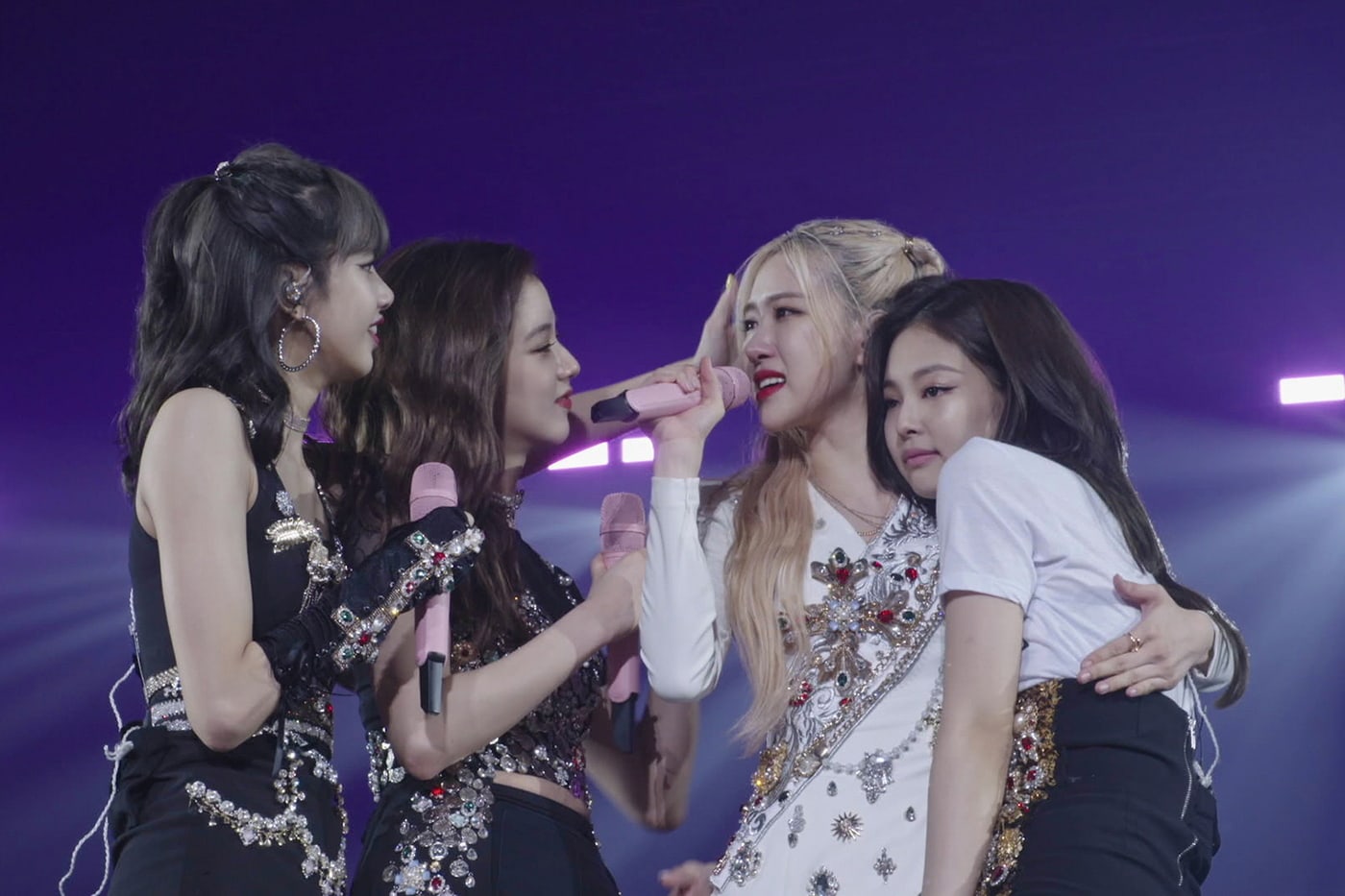 Netflix has a growing collection of documentaries involving artists, and BLACKPINK is the fourth female act following Taylor Swift, Beyonce, and Lady Gaga. Concerning that, Ji Soo commented, “It’s an honor to be beside those global artists. The four of us have been continuously working hard, and we’re going to reveal all of our efforts to you.”

The documentary features BLACKPINK’s journey from their trainee days to becoming a global star today. Jennie explained, “It was a new experience for us to see the past that we had forgotten. We’ve been showing our glamorous road to stardom, but this time, we wanted to capture our daily lives, and I think BLINKs (fandom name) have been waiting for this moment.”

Rosé said, “We wanted to honestly tell our stories, so we each spoke in the language we are most comfortable in. Jenny and I grew up in foreign countries, so we spoke in English, and Lisa spoke Thai. We speak many languages, and I think that diversity represents us.”

BLACKPINK also said through this documentary, they were able to recall their trainee days. When asked what they would want to say to themselves if they went back to that time, Jennie said, “I want to tell myself to enjoy that moment when I’m a trainee. At that time, I didn’t know how to do that because I was desperate to do well during the monthly evaluations. Because of those days, we are doing well now, and that’s how BLACKPINK exists today. So I want to tell myself that if I work hard, I’ll become BLACKPINK.”

Jennie continued, “Ever since we were teenagers, we opened up our feelings to each other, so we’re almost like family. That’s why I feel like we are able to communicate smoothly about work. While working on this project, we were able to get closer as we recalled our playful and childish sides that we had forgotten. This also made us think more about the future.” 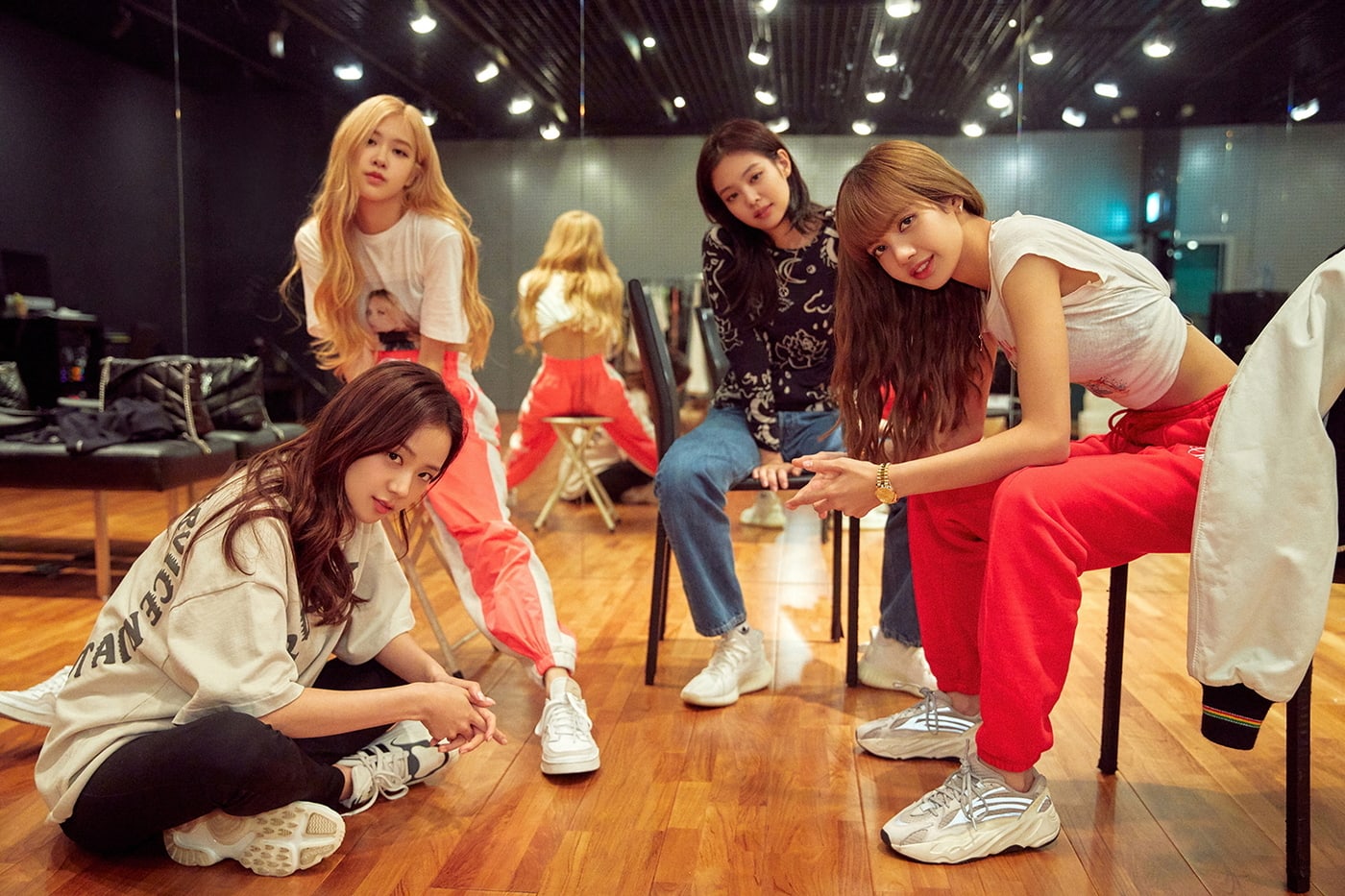 Caroline Suh praised BLACKPINK, saying, “I learned that each member is strong-willed and sturdy and that they are doing their best to achieve their dreams.”

Lisa gave a piece of advice to those who are dreaming of becoming like BLACKPINK. She shared, “I think it is important to know what you like and to love yourself.”

Concerning their future goals, BLACKPINK explained, “We’re not afraid of new challenges. We’ve been thinking about what else we can do next, and since we’ve shown how music is extendable content, we would like to delve more into that. Ten years from now, I think we’ll be having a meeting without losing our own style.”

“BLACKPINK: Light Up the Sky” will premiere on October 14 at Netflix.