Jang Dong Yoon And Krystal Describe Each Other And Their Teamwork, Share Their Experiences Filming “Search,” And More

The cast of “Search” took another step towards its much-anticipated premiere by holding a press conference on October 13.

Director Im Dae Woong stated at the press conference, “The drama is mainly a military thriller. There are also other genres mixed in with that, so it would be best if you think of it as a hybrid genre.”

Jang Dong Yoon has taken the role of Yong Dong Jin, a passionate and optimistic young soldier who works as a military dog handler. He’s assigned to the search party when he only has a short time left in his mandatory military service.

He spoke about acting in his first genre drama at the press conference. “I think the biggest reason I chose to join the cast was how interesting the script was,” he said. “I chose it because, like the director said, even though this is a genre project there are aspects of it that the general public will find interesting, rather than just fans of the particular genre.”

Jang Dong Yoon also transformed his whole look to play his character. “I ate well and worked out a lot,” he said. “I put on a bit of weight too. I’ve lost it now, but I built up my physique to fit the character who’s a soldier and someone with strong physical abilities, since he’s a military dog handler and has to join the specialized search party too. Also, soldiers toward the end of their service do tend to put on some weight.” Director Im Dae Woong added, “On set, he really had the look of a soldier toward the end of his service.”

Jang Dong Yoon went on to talk about training with military dogs for the show. “The military dog was good at following orders at the training center because it was a familiar place,” he said. “Although the dog did have some experience being on a filming set, it took a little while for the dog to get used to things when we started filming.” He added, “I think the dog was the best actor out of the whole cast.” 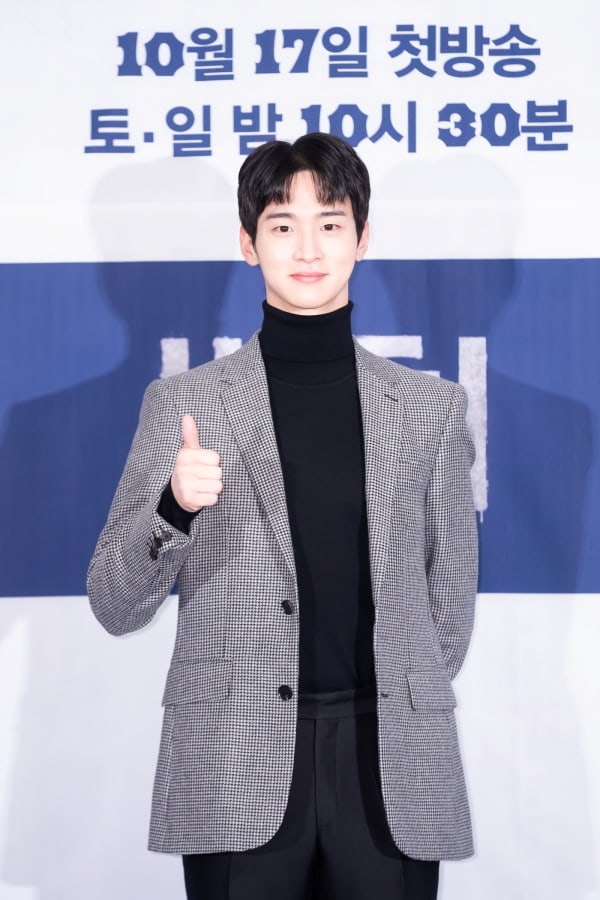 Krystal stars in “Search” as Son Ye Rim, a highly intelligent and capable lieutenant who joins the investigation as a special officer.

“I thought of the role of a female soldier as a challenge to take on,” she said. “Also, I chose the drama because I thought I could show a new side of myself as the script was so fresh and interesting.”

Before this new show, Krystal has shown her action chops in the OCN drama “The Player.” She said, “The action scenes that I did in ‘The Player’ involved getting in sync with my co-stars and punching. The action that you’ll see in ‘Search’ is a bit different. I thought it would be easy enough since it was my second time, but it was too different. As I play a soldier, I had to wield a gun on set when doing the action moves. I approached it with the thought that it was a new challenge.”

“One difficult thing was that all the search party members were filming in summer while wearing heavy helmets, carrying guns, and running around in the mountains,” she said. “That was a bit tough.” 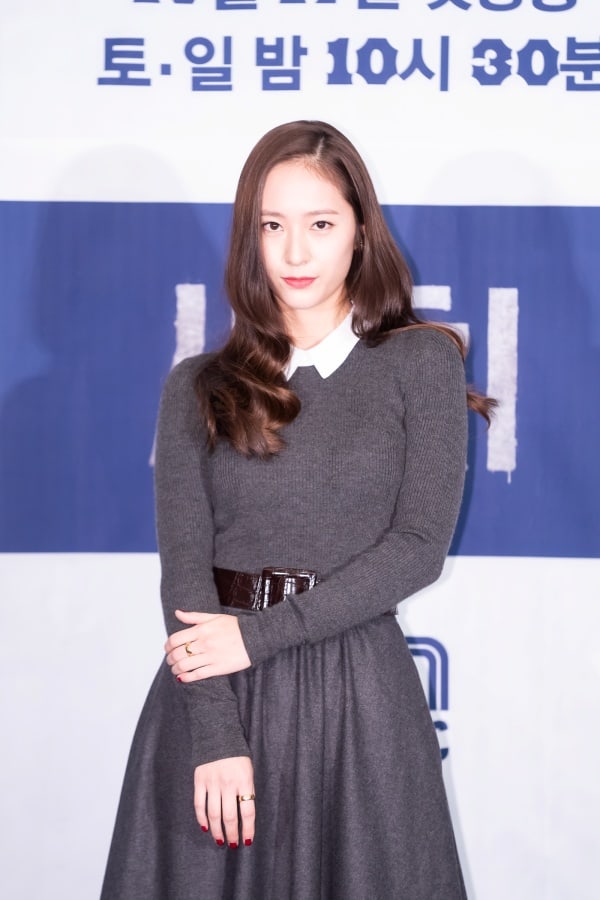 Jang Dong Yoon and Krystal also talked about working together. Jang Dong Yoon said that one of the most popular songs among the soldiers during his time in the military was f(x)’s “Electric Shock.” He went on to say, “Krystal is very kind. She’s also quite soft-hearted and has an open mind. While we were acting together, we were able to work off each other really well.”

Krystal said, “I first met him at the script reading. At the time, I said to him that he seemed like someone that I’ve known for a long time.” She explained, “That’s how familiar he seemed, and that carried over on to the set too. We were comfortable with each other and helped each other. Also, he’s really mischievous.”

Director Im Dae Woong talked about the challenge of setting a military thriller drama in the DMZ between North and South Korea. “We needed realistic expressions and historical research,” he said. “There are also scenes where we use real newspaper articles and news broadcasts. We tried to make the clothes and equipment realistic too. It’s set in the DMZ, but we couldn’t actually go there to film, so the production team went through a lot of hard work to try to find somewhere similar.”

Watch a teaser for “Search” below!