Big Hit Entertainment has made an impressive stock market debut!

On October 15 local time, Big Hit Entertainment was officially listed on the Korea Composite Stock Price Index (KOSPI), the index of all common stocks traded on the Stock Market Division of the Korea Exchange and the equivalent of the United States’ S&P 500.

Big Hit Entertainment founder and CEO Bang Si Hyuk remarked, “Thank you to all of the people who gave their unsparing support and help to Big Hit and made it possible for us to go public today. Thank you to all of the fans who trust and love Big Hit’s artists and content; to our artists, who make us proud; and to all of the staff as well. It is all of you who made this day possible.”

“Big Hit, which celebrated its 15th anniversary this year, began as a small entertainment company that aimed to provide comfort and touch people’s hearts through music and its artists, but it is now a global enterprise,” continued Bang Si Hyuk. “As Big Hit is now a publicly traded company, we will take deep responsibility for each and every shareholder and, from a wide variety of angles, do our utmost to increase shareholder value. We will work hard to create a company that receives love worldwide.” 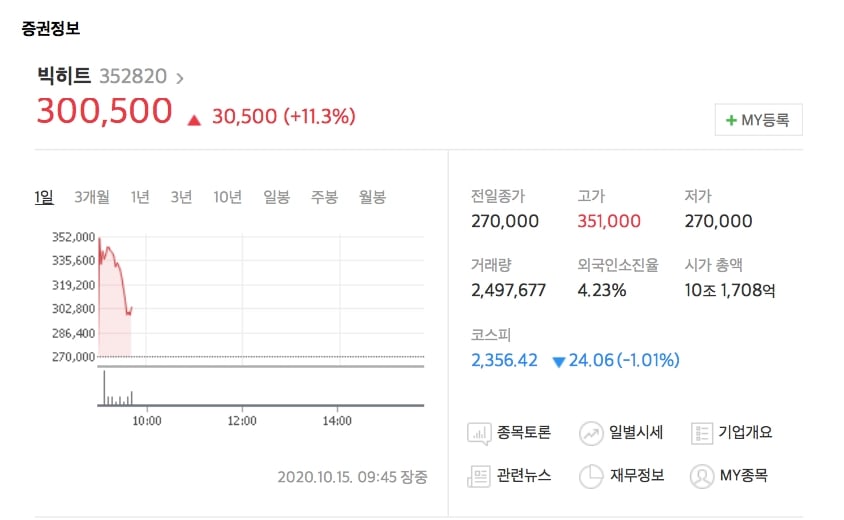 Big Hit Entertainment
How does this article make you feel?