“Love Revolution” has given a glimpse at its upcoming episode!

In the newly released stills, Gong Ju Young, who is usually bright and full of energy, has suddenly become upset. He appears frustrated with Wang Ja Rim who walks ahead of him, and he can’t hide his anger even as the other students watch.

Gong Ju Young hangs his head and begins tearing up in another scene, which shows a completely new side to him. He also appears to push away Jang Hae Ri (played by Lee Se Hee) as he looks at her with a cold expression. 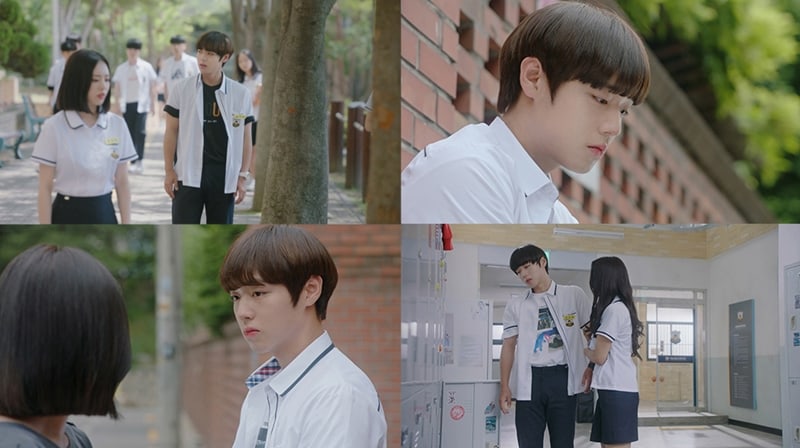 Viewers can look forward to the reason behind Gong Ju Young’s sudden change in mood and what really happens with the romance between Gong Ju Young and Wang Ja Rim.

The drama’s production team commented, “In the eighth episode, Gong Ju Young, who only had eyes for Wang Ja Rim, becomes extremely angry for the first time, and there will be an incident that even makes him cry.”

They continued, “Please look forward to how their romance will play out even though they’ve just started dating.”

New episodes of “Love Revolution” will be released every Thursday and Sunday at 5 p.m. KST.