The new tvN drama tells the story of a male gumiho (a mythical nine-tailed fox) named Lee Yeon (Lee Dong Wook) who has settled in the city, and the fearless producing director named Nam Ji Ah (Jo Bo Ah) who is trying to find out the truth behind the disappearance of her parents.

The new stills appear to hint at signs of the beginning of romance between the pair in the coming episode, when Lee Yeon visits Nam Ji Ah’s home at her invitation. Rather than a bouquet of flowers, Lee Yeon has brought a bundle of mugwort, and Nam Ji Ah shows her happiness with a smile when she accepts it.

On top of that, Lee Yeon looks surprised when Nam Ji Ah suddenly strokes his hair, and this new atmosphere between the two of them is making fans look forward to a shift in their relationship. The fact that they look so comfortable with each other is very different than the days when they kept walls up between themselves.

Lee Yeon is surprised by how Nam Ji Ah is doing things just like his lost love Ah Eum had done, such as stroking his hair and putting her fingers in her ears so she can’t hear something. It’s making everyone curious to find out if these similarities are simply coincidence or if they’re fate. 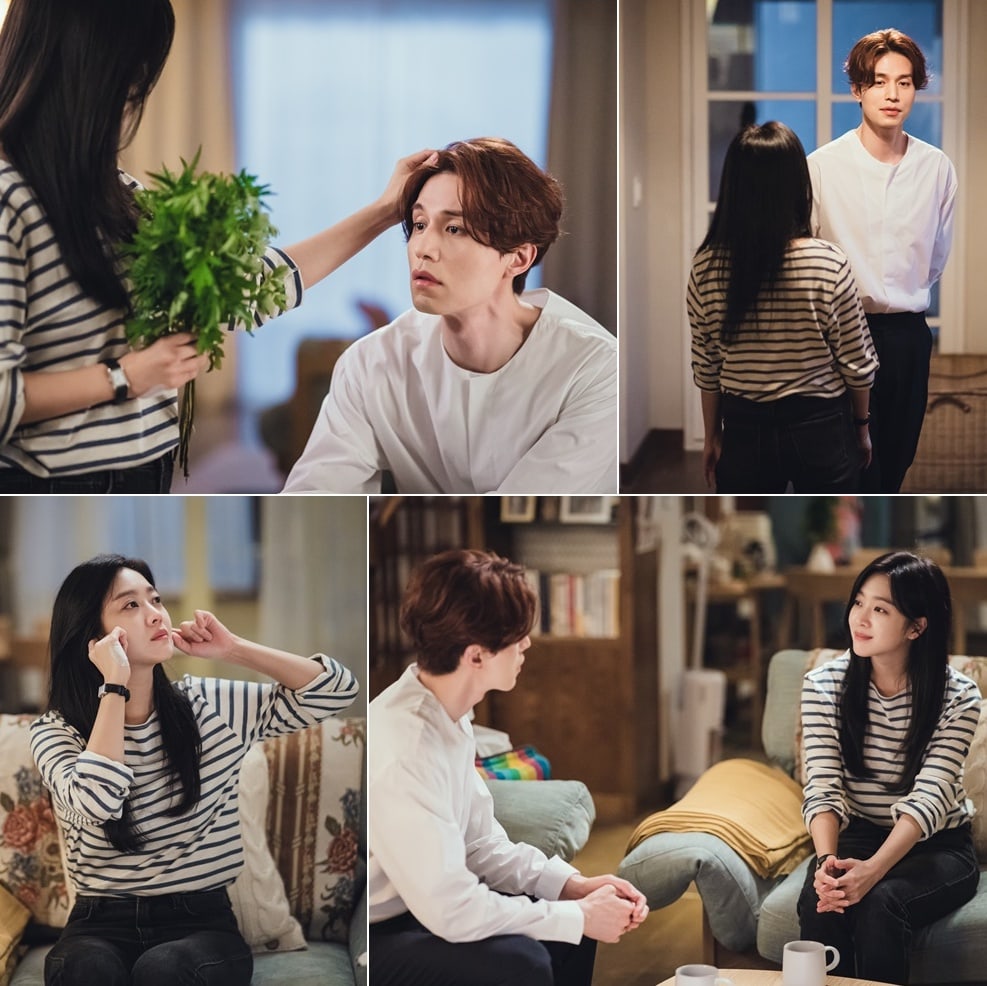 The production team said, “Lee Dong Wook and Jo Bo Ah are always researching and analyzing in order to show the new world of ‘Tale of the Nine-Tailed’ in a more realistic way.” They added, “Please find out through the episode whether an exciting romance will follow from this scene where Lee Yeon and Nam Ji Ah share a peaceful everyday moment together while appearing to have become closer.”