“Imitation” is based on a webtoon of the same name about the lives of idols in the entertainment industry. The webtoon is popular all over the world with over 3.73 million subscribers on Kakao Page and more than 600,000 registered comments.

The drama adaptation, which is being billed as a “variety drama,” will be directed by Han Hyun Hee (“Rookie Historian Goo Hae Ryung,” “Solomon’s Perjury“) and written by Choi Sun Young and Kim Min Jung. 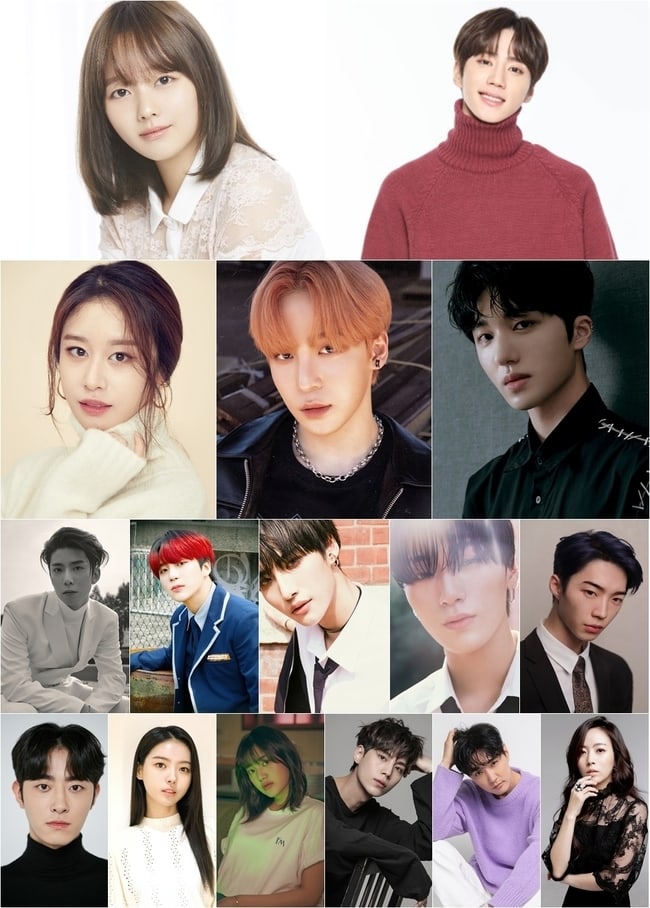 T-ara’s Jiyeon has been cast as Larima, the top female solo artist among idols.

Lee Jun Young, SF9’s Chani and Hwiyoung, ATEEZ’s Jongho, Yuri, and Ahn Jung Hoon have been cast as members of the boy group SHAX. SHAX is a top boy group that rules the music charts. Lee Jun Young will play the center of the group, Kwon Ryoc, who combines talent, good looks, and an endearing clumsiness.

Chani will play former member Eun Jo, who is the same age as Ryoc. The two of them were the most popular members in SHAX and are both rivals and friends. Jongho will play Hyuk, the youngest member of the group, while Hwiyoung will play Yihyun, the vocalist and producer of the group. Yuri will play Do Jin, who is in charge of variety in the group, and Ahn Jung Hoon will play the group’s leader, Jae Woo.

ATEEZ’S Yunho, Seonghwa, and San, and Boys’ Republic’s Suwoong, have been cast as members of the group Sparkling. Yunho will play Yoo Jin, the center of Sparkling, who is a persistent and enduring person under his gentle looks and sweet smile. Suwoong will play Sparkling’s former center, Hyun Oh, while Seonghwa and San will play the members Min Soo and Se Young respectively.

The production staff of “Imitation” stated, “The drama features the meeting of hot rookies of the present with first- and second-generation idols. Please look forward to their synergy as they bring their unique characters to live. Through ‘Imitation,’ which brings to life the serious and dramatic world of idols, we will deliver a drama with various charms like a special gift set.”