Get ready for the tables to turn on JTBC’s “More Than Friends”!

In previous episodes of “More Than Friends,” Kyung Woo Yeon (played by Shin Ye Eun) decided to give up on her longtime one-sided love for her friend Lee Soo (played by Ong Seong Wu) after they ran into each other on Jeju Island years after graduating high school.

When the pair unexpectedly wound up working together as business partners, Kyung Woo Yeon drew a firm line between them as she made up her mind not to fall for him again—much to Lee Soo’s displeasure. Their relationship became even more complicated as the handsome and charming On Jun Soo (played by ZE:A’s Kim Dong Jun) entered the picture, with On Jun Soo’s romantic interest in Kyung Woo Yeon making Lee Soo jealous.

In newly released stills from the drama’s upcoming episode, Kyung Woo Yeon unintentionally makes Lee Soo’s heart skip a beat while working together on a photo shoot. When she accidentally trips and falls into his arms, Lee Soo catches her and holds her tight—and in the process, he finds himself experiencing feelings that he hasn’t felt before. 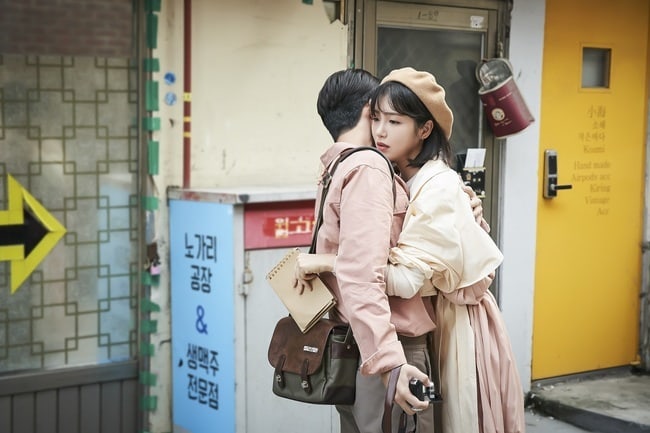 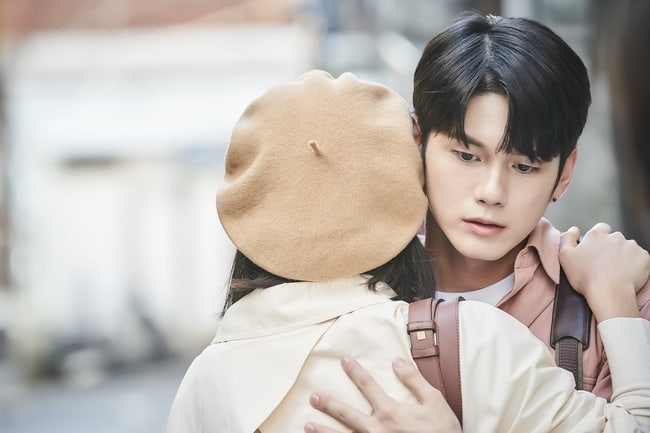 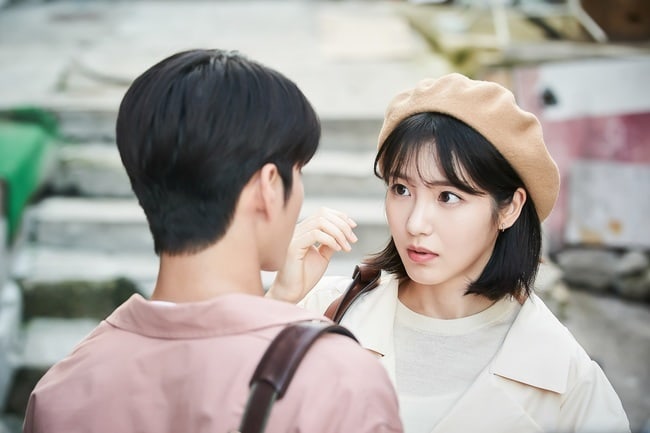 The producers of “More Than Friends” teased that viewers could look forward to changes in the drama’s love triangle, commenting, “Starting from Episode 5 and 6, which air this week, there will be critical changes in the relationships between Lee Soo, Kyung Woo Yeon, and On Jun Soo. Lee Soo has belatedly recognized his own feelings, of which he hadn’t previously been aware, and both he and On Jun Soo will pick up the pace as they pursue Kyung Woo Yeon.”

They added, “The key point in the changes to their relationships will be timing. While watching the ill-fated timing of these three hearts, which are all moving at different speeds, viewers will find themselves growing invested in their romance.”