SBS’s “Alice” has shared an intriguing sneak peek of the upcoming episode!

Previously on “Alice,” Yoon Tae Yi (Kim Hee Sun) was involved in a car accident. The car blew up, but for some reason, she ended up back in 2010 at Park Jin Gyeom’s (Joo Won) house. There, she came face-to-face with his mother Park Sun Young (Kim Hee Sun) and regained her past memories. She also encountered the high school version of Park Jin Gyeom, but oddly enough, he didn’t seem like the Park Jin Gyeom she knows in 2020.

In newly released stills from the drama’s upcoming episode, Park Jin Gyeom is frantically searching for Yoon Tae Yi. He’s more worried than ever because she disappeared without a trace, and he even runs to a different car to check if she’s in there. Suddenly, he loses consciousness and ends up fainting with a bleeding nose.

The production team also hinted that the final chapter of “The Book of Prophecy” will be revealed in today’s episode.

In the photos, Yoon Tae Yi is pale and distraught as she learns the truth about the prophecy. At the center of it is Yoon Tae Yi, who recently regained her memory, Park Jin Gyeom, who is desperate to find the culprit who killed his mother, and Park Sun Young, who kept both their secrets for a long time. What will be the fate of Yoon Tae Yi and Park Jin Gyeom? 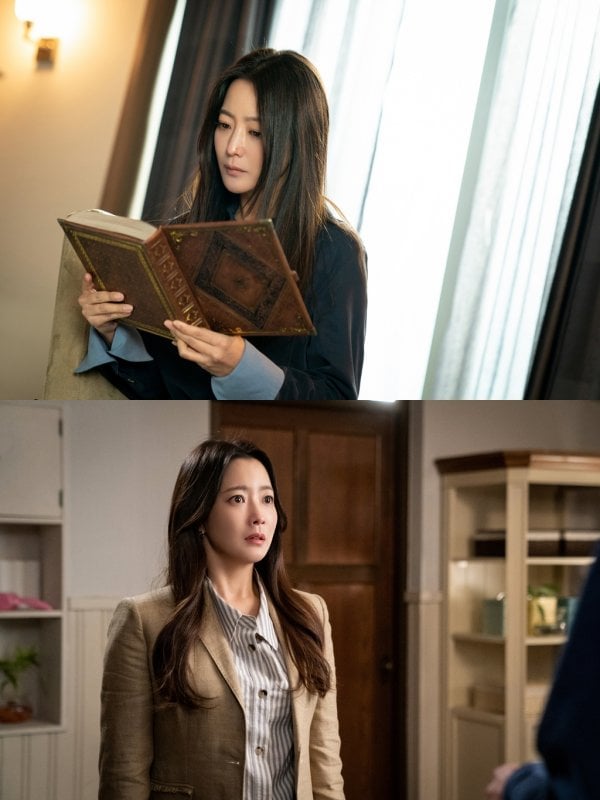