In an interview to go along with her pictorial, Nayeon shared that lately she’s been preparing for the group’s full album and spending time with her fellow members. She said, “I’m the kind of person that likes to do a lot of fun things. I’ve learned baking, cooking, and pottery. I was thinking of learning to make glass art with a member who wanted to as well, but the timing didn’t work out. If I have the chance, I’d like to learn to bake again.” 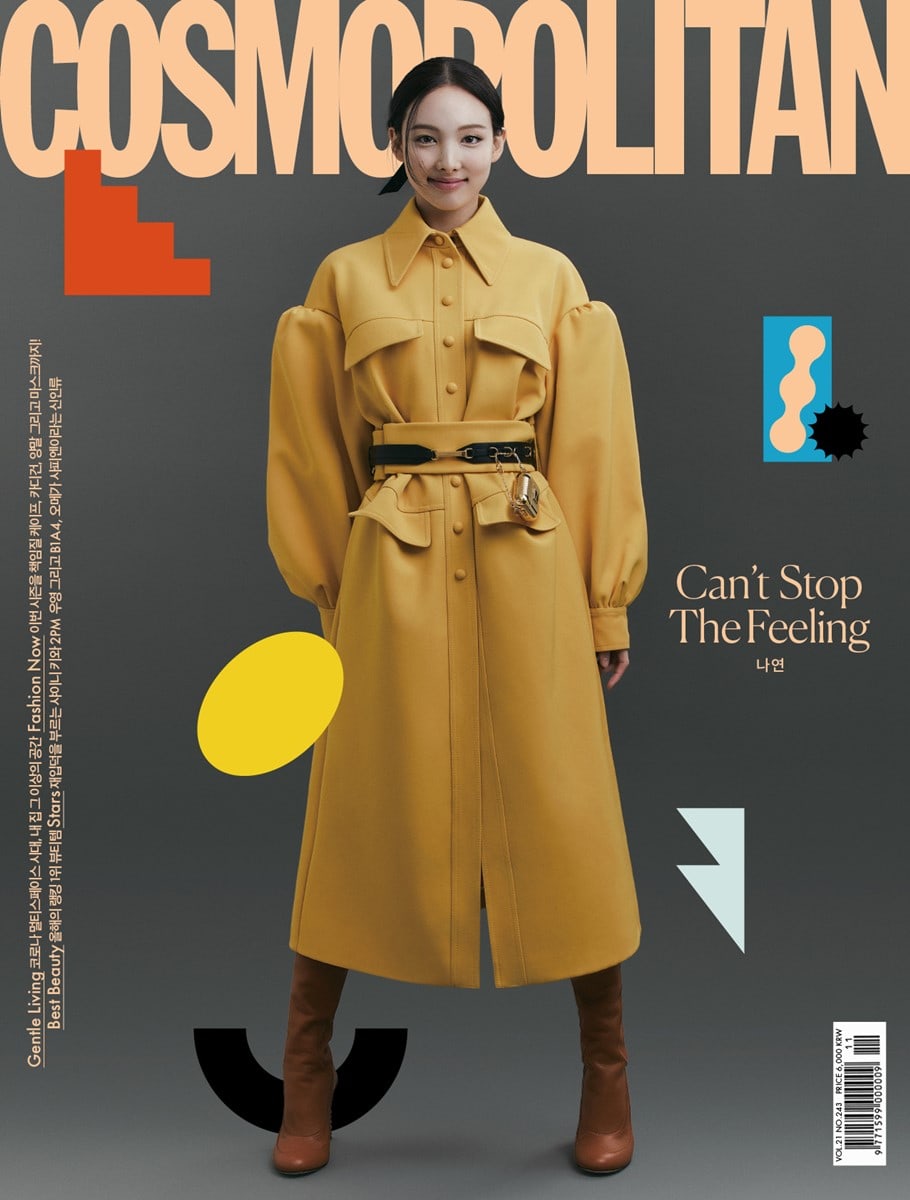 It was described that Nayeon is known among the members and their fans for being mentally strong. “For a long time, I’ve always tried hard to shake off emotions like sadness or exhaustion as quickly as possible,” she said. “I think that it’s natural to feel that kind of emotion, and I tend to think positively.” She named her family and fellow members as people who have an influence on her staying mentally strong. 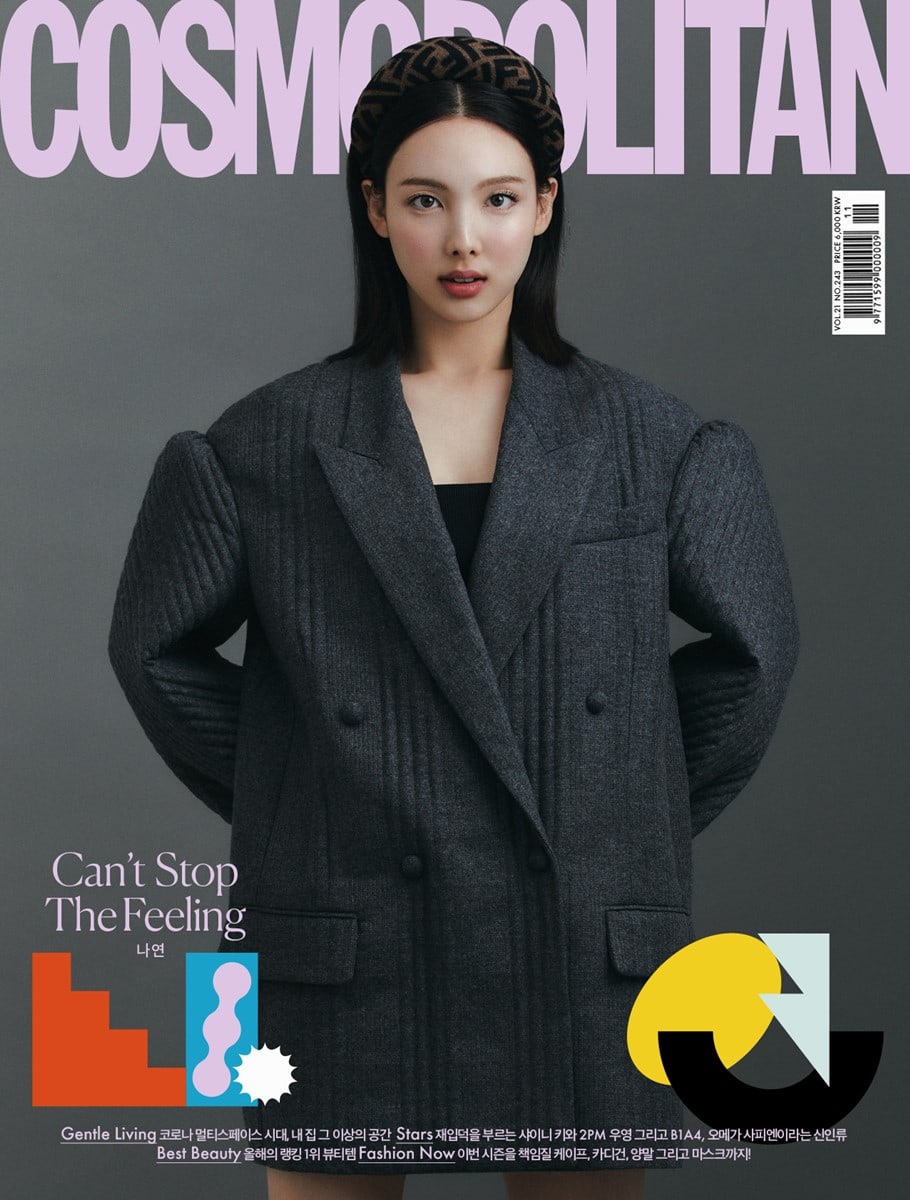 TWICE is coming up on their fifth debut anniversary later this month, and Nayeon was asked to share her thoughts about reaching this point in their career. “I think we work harder than we did when we debuted,” said Nayeon. “You might say that in the past we were satisfied if we did all the things we were given to do, and in comparison I think that we have more passion and ambition now because our albums, performances, and photo shoots are all things that we create. That’s because there are now there are more opportunities for our thoughts and opinions to be reflected.” 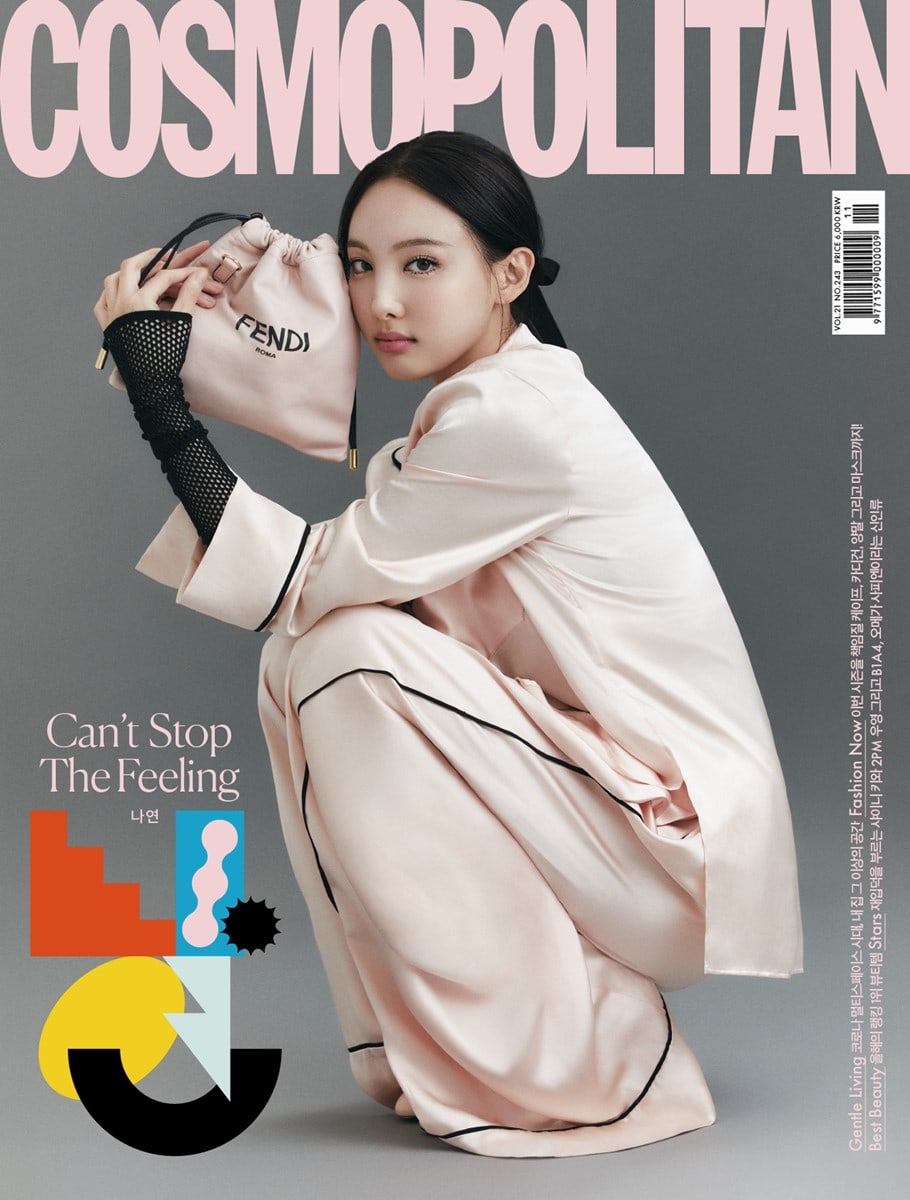 On the topic of their upcoming second full album, Nayeon said, “It has 13 songs that are retro music and a good fit for fall and winter. We work hard on every album, but since full albums seem like they’re very meaningful for fans, we’re trying to do things like content and promotions that we haven’t done before.”

TWICE’s new album “Eyes wide open” comes out on October 26, with the title track “I CAN’T STOP ME” written by Park Jin Young. Check out their teasers so far here!

Nayeon’s photo shoot and interview can be found in the November issue of Cosmopolitan.

TWICE
Cosmopolitan
Nayeon
How does this article make you feel?