Jang Dong Yoon and Krystal were on the show to promote their new OCN drama “Search.” During the episode, Krystal and Hyeri shared that it had been 10 years since they had last met. Hyeri said, “I debuted at an early age, so I didn’t know a lot of people my age when I was promoting back then. That’s why she was special to me.” 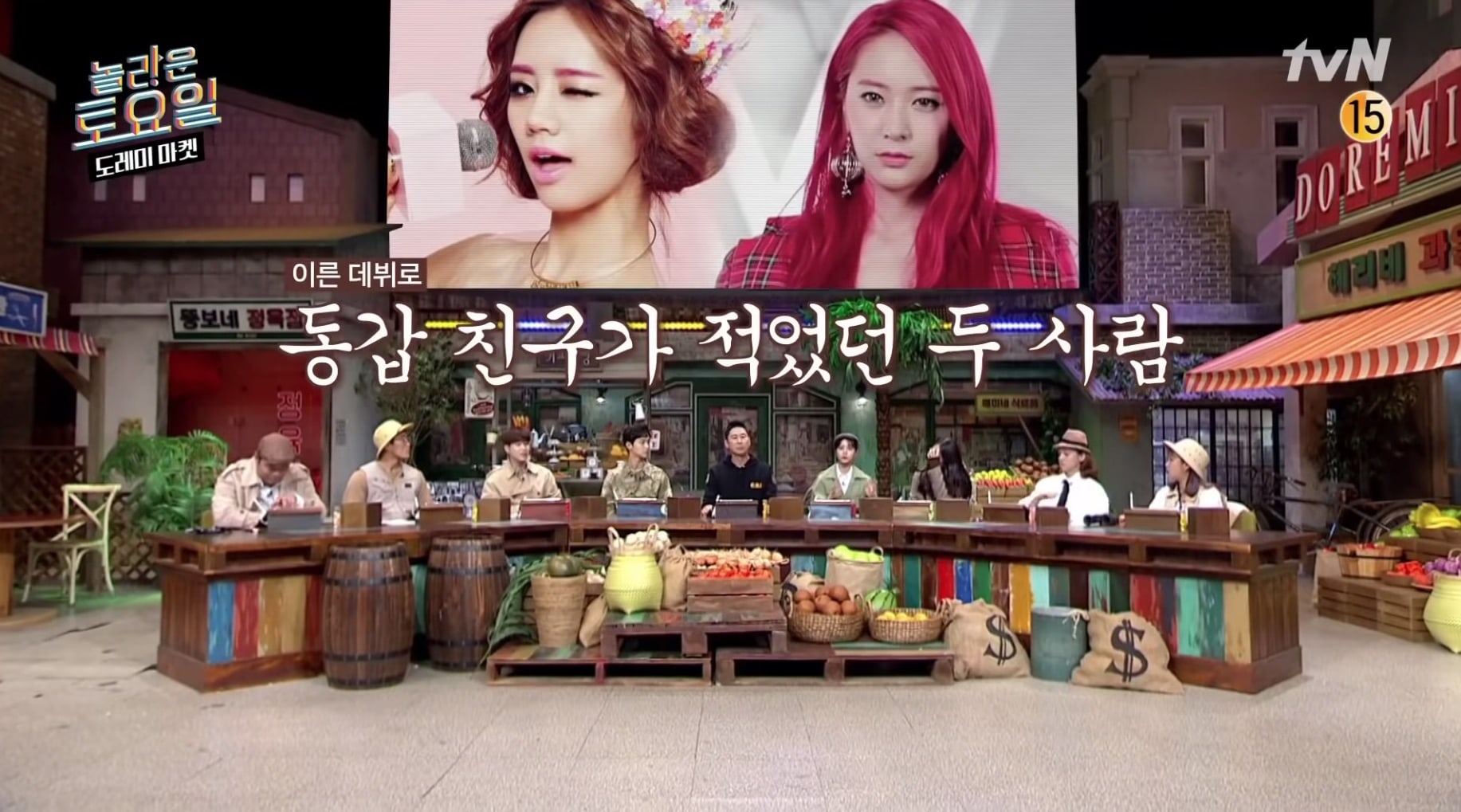 Asked if Hyeri’s energy was the same back then, Krystal said, “She charged ahead just as she does now. She was cute then and she’s cute now. She’s a very consistent friend.”

Hyeri then shared a story from the time they were in a dressing room together. She said, “Krystal was wearing pretty, colorful makeup and I told her, ‘I think your cheek color is pretty!’ [Hyeri used the English word for ‘cheek’ rather than the Korean.] But she didn’t understand me. I repeated, ‘Cheek, cheek,’ and then she said, ‘Oh, CHEEK’ in the proper English pronunciation.”

Later, Krystal said, “I sat beside Hyeri because my competitiveness flares up quickly and dies just as fast. If I’m winning, I get an adrenaline boost but if I get wrong, I lose all my energy. I heard Hyeri’s good so I’m going to ask for her help.” 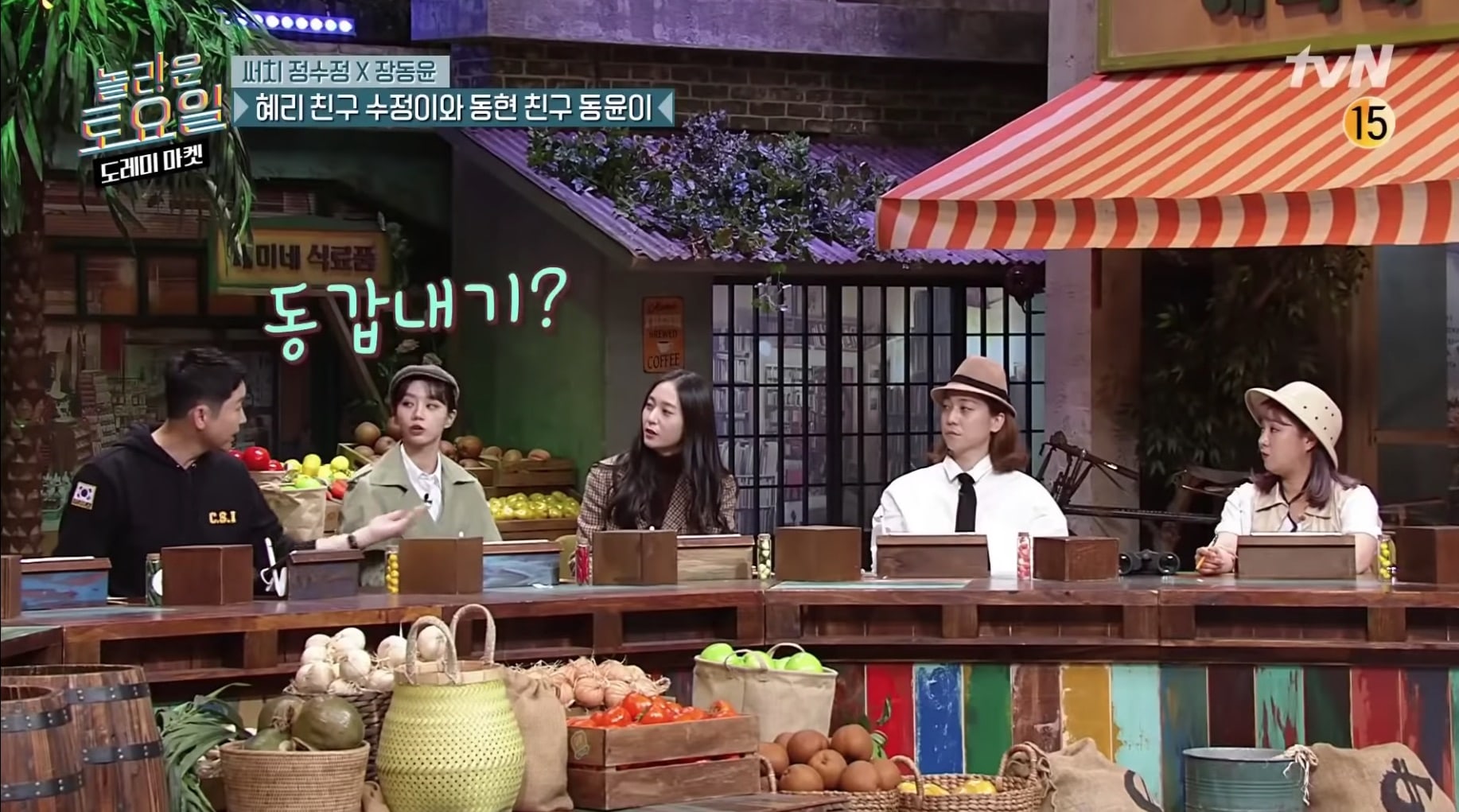 Check out Krystal in the trailer for the new drama “Search” below!