Jung Hae In has proven once again that he’s a man of many talents!

On October 15, the actor took to Instagram to share a photo of an artwork he had personally painted.

In addition to posting a photo of himself posing with his own painting, Jung Hae In also revealed the title of the artwork: “One Autumn Day, Han River and Sunset.” 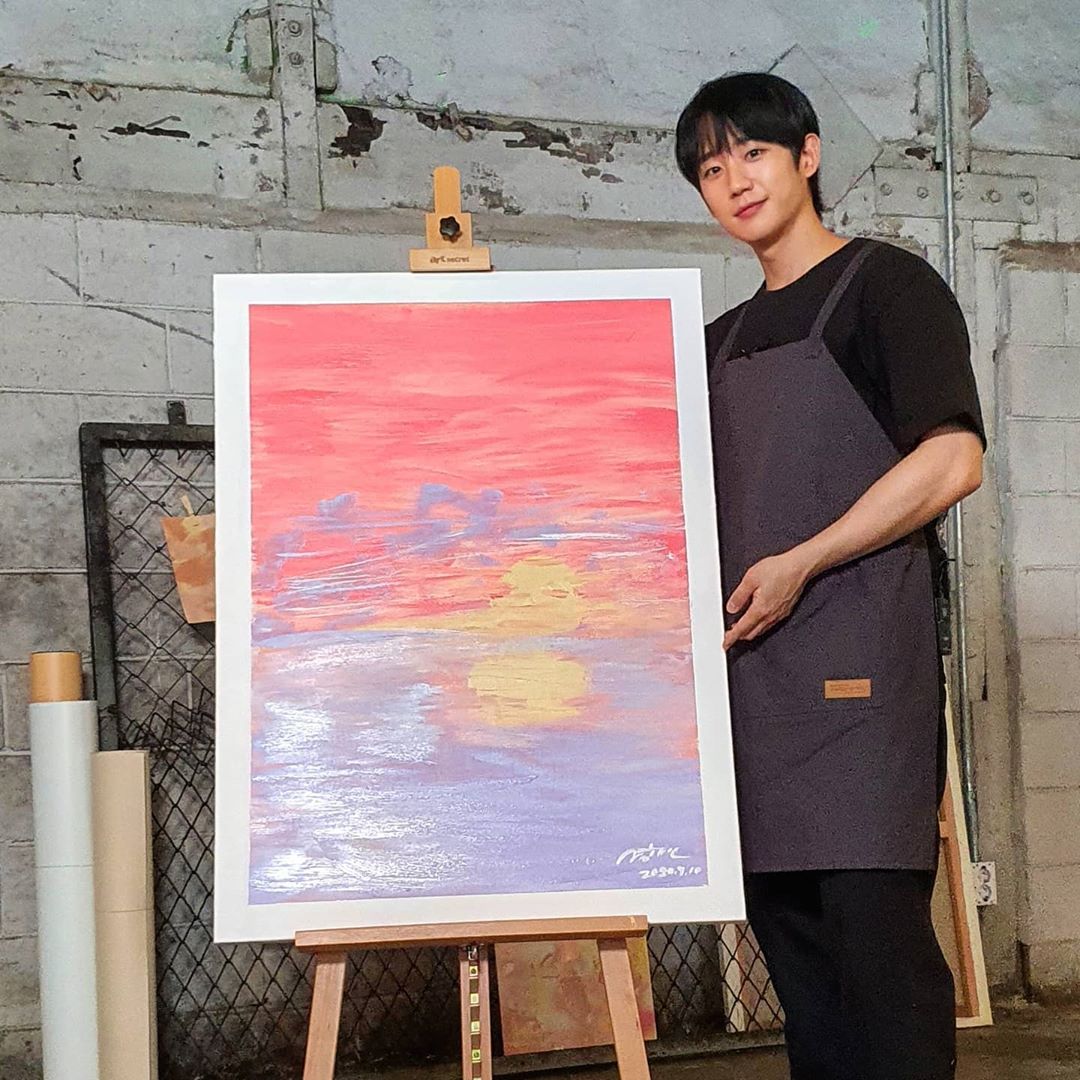 Soon afterwards, many of Jung Hae In’s celebrity friends rushed to express their amazement at his artistic talent.

U-KISS’s Jun responded with an approving string of thumbs-up emojis, while Jung Hae In’s friends and former “While You Were Sleeping” co-stars Shin Jae Ha and Go Sung Hee both showed love for his art with thumbs-up emojis and impressed comments. 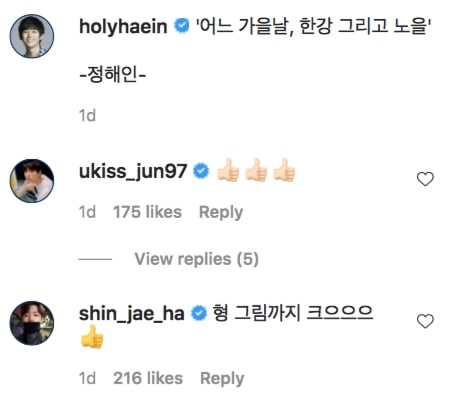 Jung Hae In’s “A Piece of Your Mind” co-star Kwon Do Kyun expressed his awe with a surprised emoji and the comment, “Ohh,” and his “The Three Musketeers” co-star Yang Dong Geun also responded to the post by tagging a friend.

Jung Hae In is currently gearing up to star alongside BLACKPINK‘s Jisoo in the upcoming JTBC drama “Snowdrop” (working title), which will be created by the director and writer of the smash hit “SKY Castle.”

In the meantime, watch Jung Hae In in his latest drama “A Piece of Your Mind” below!