BLACKPINK Talks About Reuniting With Will Smith, Story Behind Jennie’s Name, + How Rosé Ended Up Auditioning For YG On “Ask Us Anything”

BLACKPINK took JTBC’s “Ask Us Anything” by storm!

On October 17, BLACKPINK made their highly-anticipated return to the popular variety show, on which they made their first guest appearance over three years ago.

During the episode, the “Ask Us Anything” cast mentioned the fact that BLACKPINK has collaborated with a number of famous singers, including Lady Gaga, Selena Gomez, Cardi B, and Dua Lipa. Lisa then brought up the story of the group’s reunion with Will Smith, whom the girls ran into at the U.S. music festival Coachella last year.

Lisa explained, “In the past, during our trainee days, Will Smith and his son visited our agency [YG Entertainment]. At the time, we put on a dance performance for them. Then, six or seven years later, after we’d debuted, we ran into him at Coachella. It turned out he still remembered us.”

Rosé chimed in, “He recognized us and asked, ‘Aren’t you the girls who danced for us back then?'” 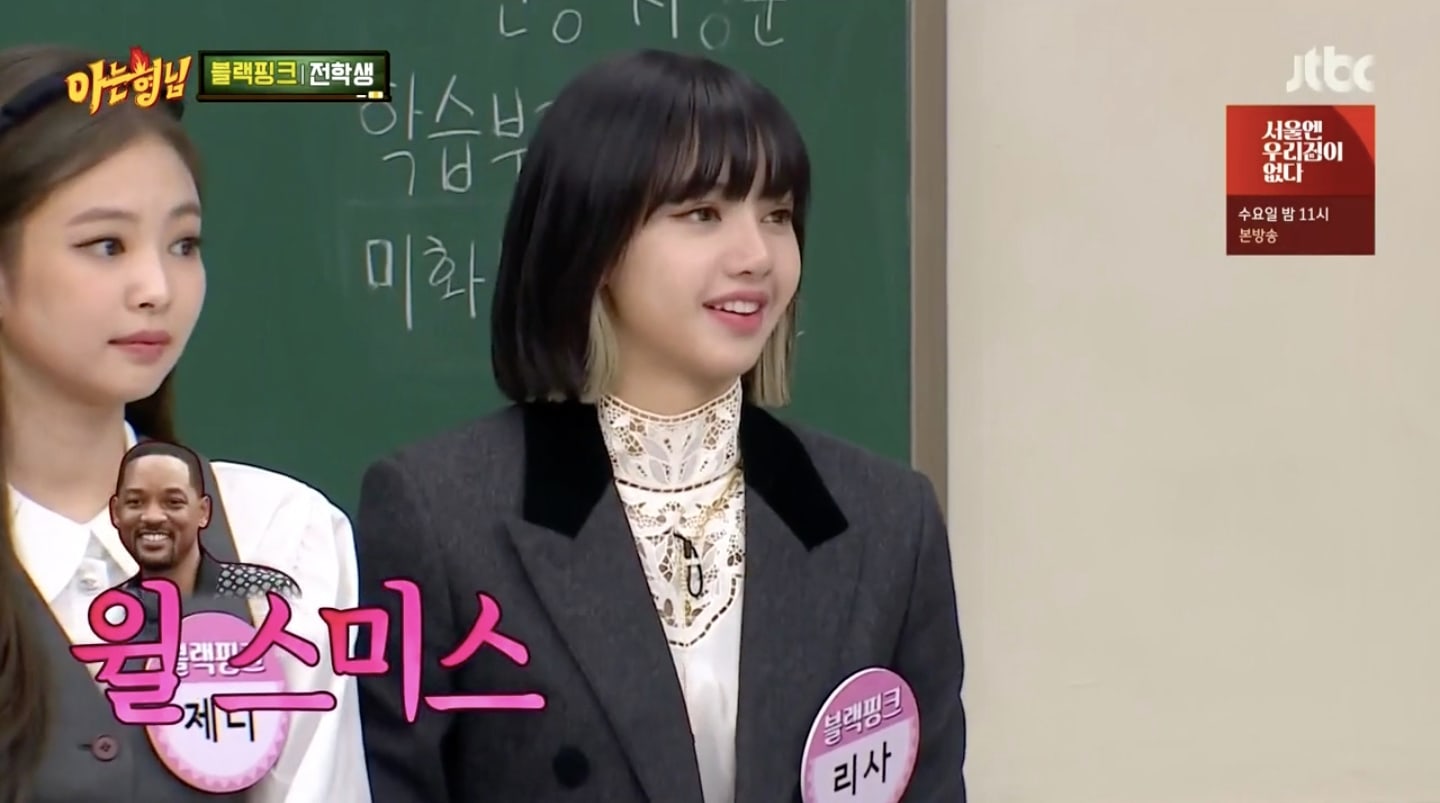 Later on in the show, Jennie surprised the cast by sharing that her Korean name is actually Jennie.

She went on to tell the story of how she came to be named Jennie in Korean, remarking, “People typically don’t think Jennie is my real name, but my Korean name is actually Jennie. My mom is a fan of Lee Jung Jae, and he played a character named Jae Hee in the drama ‘Hourglass.’ Because of that, she decided that if she had a son, she wanted to name him Jae Hee, but she ended up giving birth to a daughter instead. So she decided to name me Jennie because it sounded similar to Jae Hee.”

Jennie went on, “I briefly met Lee Jung Jae once in real life, so I told him this story. He was really surprised and happy to hear that my mom was a fan of his.” 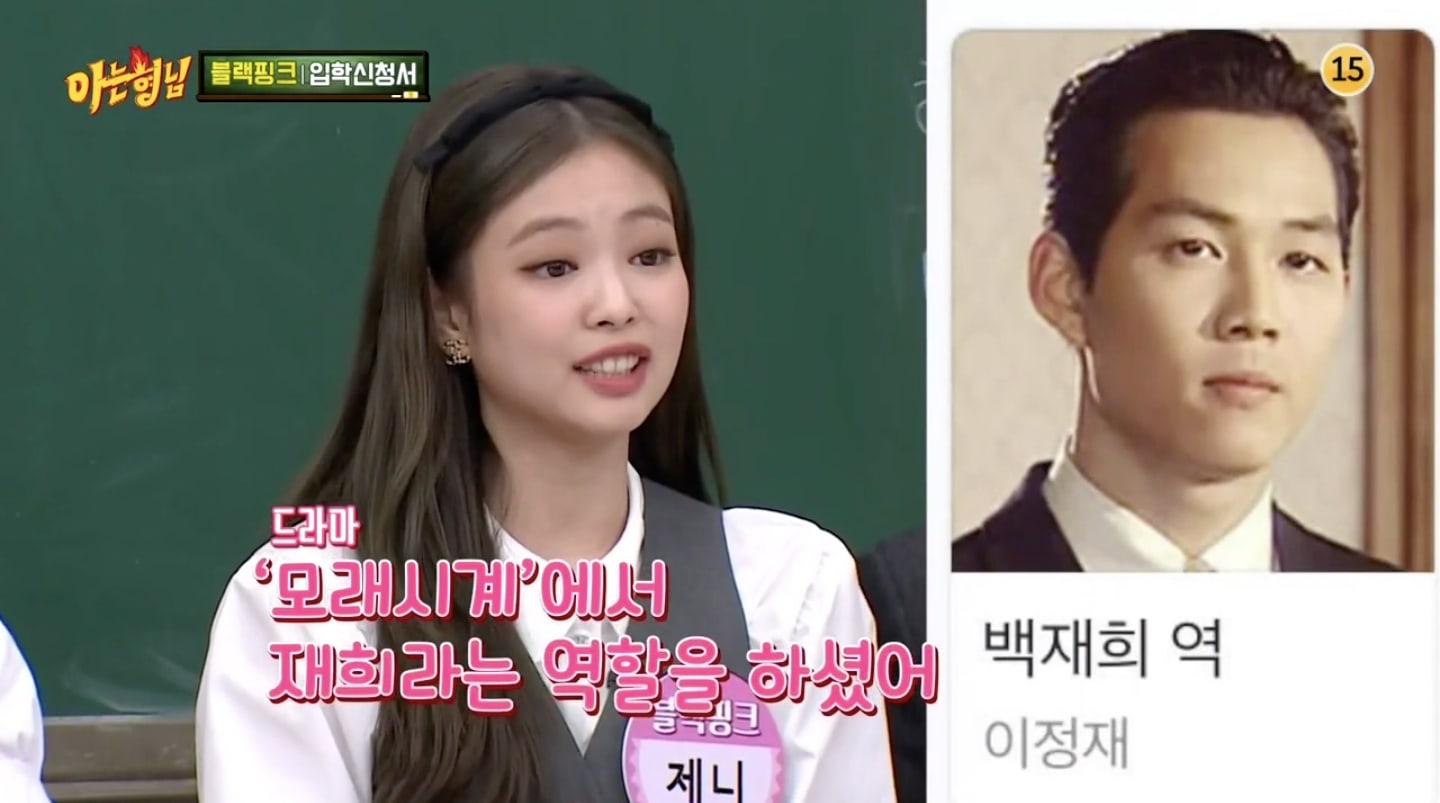 At another point in the episode, Jisoo revealed an unexpected habit of hers: whenever she has to film something important, she always makes sure to eat ramen beforehand.

“The other members all have fuller cheeks than I do, which makes them look cute,” she explained. “I have a thin face, but the other members have rounder cheeks, and I want to look cute like that too. That’s why, whenever I have to film something important, I eat ramen beforehand so that my face swells up a bit.” 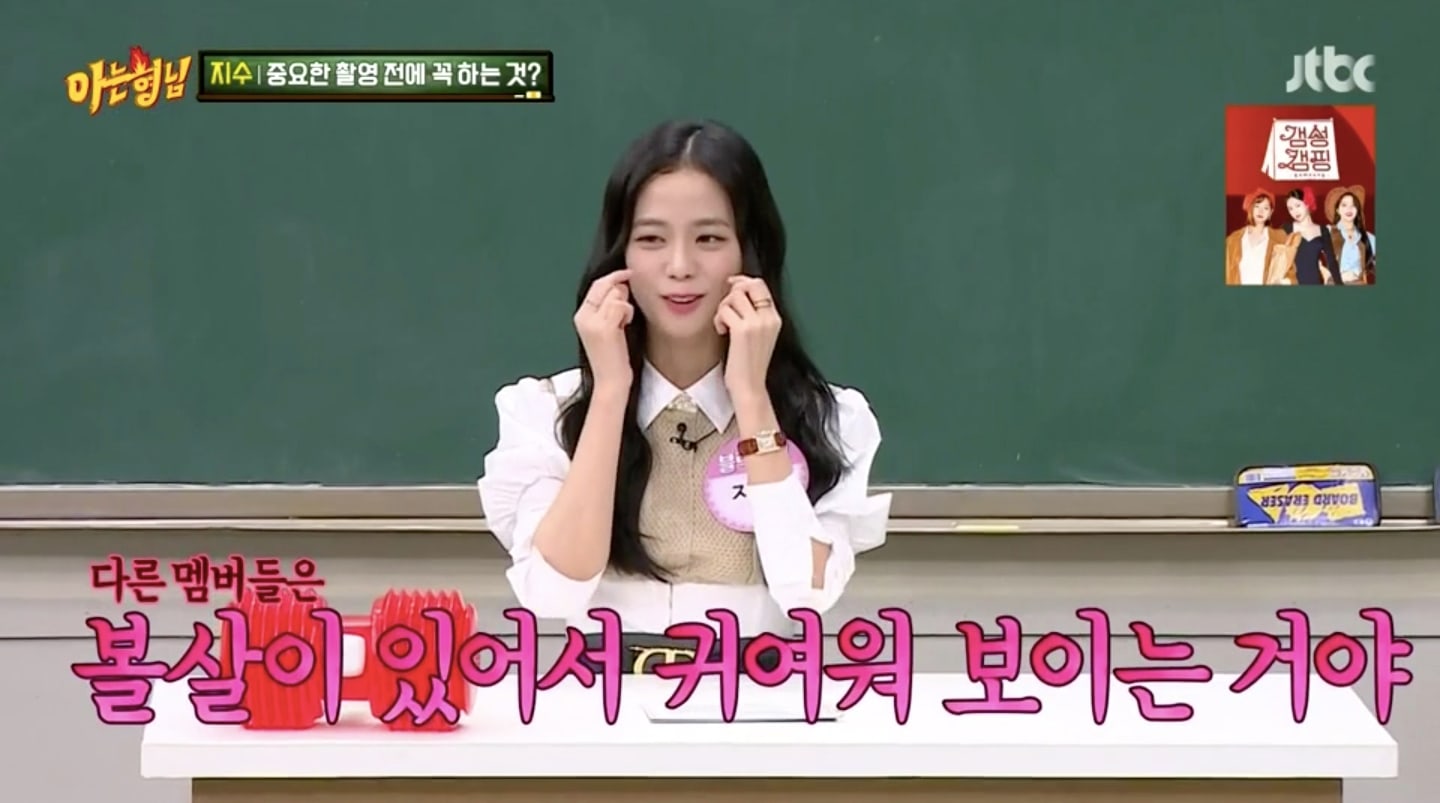 Rosé then told the story of how she wound up auditioning for YG Entertainment.

“As you know, I grew up in Australia,” she said, “and our house was pretty far away from our closest neighbors’. So I was able to play the piano until late at night. I would practice singing while screaming loudly and playing the piano. Then one day, my dad asked me if I wanted to take a 1-2 hour flight and go for an audition.”

“I was shocked, because I’d never told him that I wanted to become a singer,” continued Rosé. “But I passed the audition, and that’s how I came to Korea and became a trainee. Later on, my older sister told me that back then, because I made so much noise playing the piano all night, the rest of my family would always gather on the second floor and ask each other to go tell me to stop. In the end, my dad heard that there was an audition nearby and decided [to ask me about it].”

Jisoo went on to share that, just like Rosé, it was her dad who had convinced her to audition for YG Entertainment. “My dad suggested it,” she recalled, “and when I looked up auditions, the soonest one at the time was for YG. So I auditioned for YG, and I got in.” 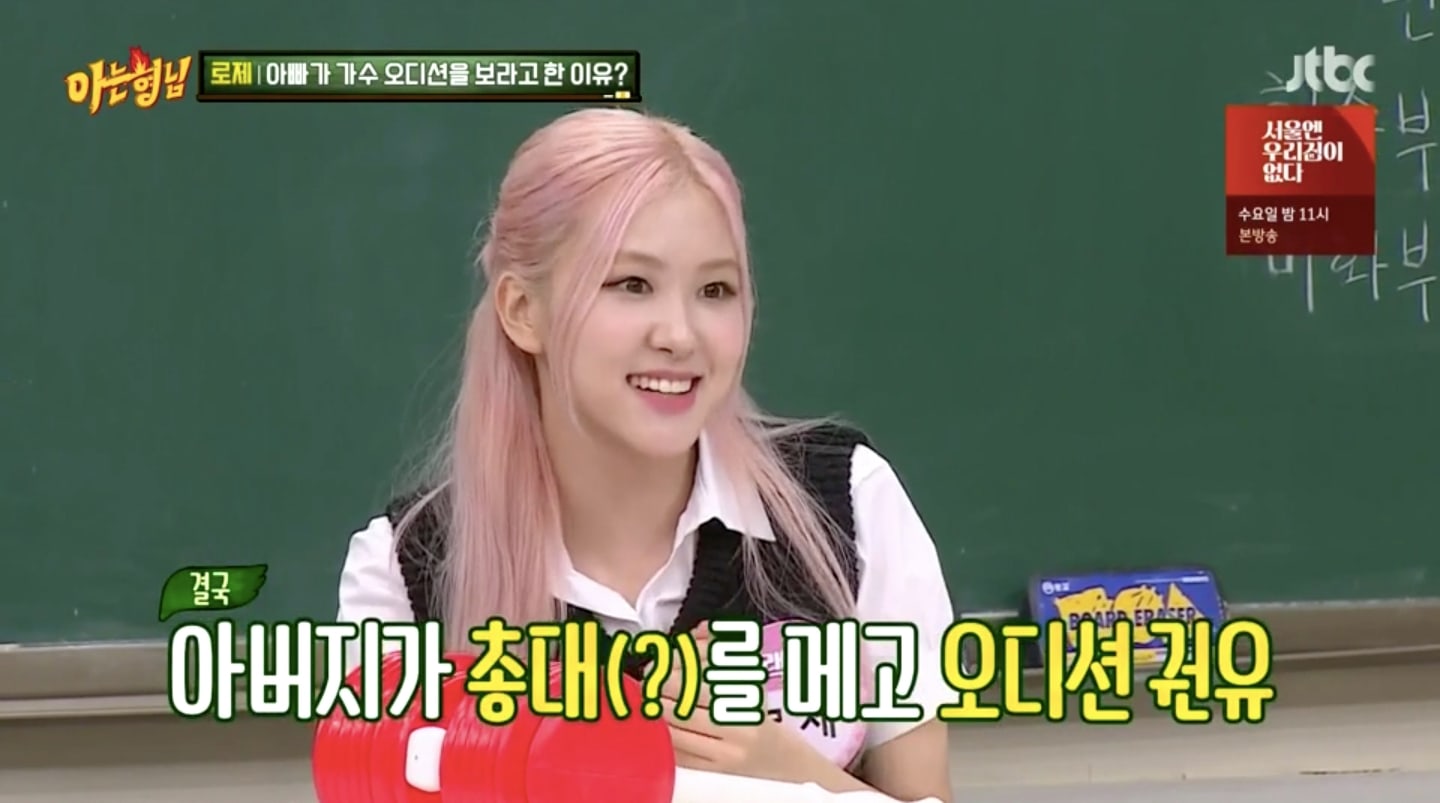 During the episode, BLACKPINK also danced to snippets of their songs “How You Like That,” “Pretty Savage,” and “Lovesick Girls.” Check out the clips of their performances below!

BLACKPINK
lisa
Ask Us Anything
Lee Jung Jae
Jennie
Jisoo (BLACKPINK)
Rosé
How does this article make you feel?