Kim Min Jae And Park Eun Bin Pick Their Favorite Scenes From “Do You Like Brahms?”

Kim Min Jae and Park Eun Bin of “Do You Like Brahms?” picked their favorite scenes from the drama!

Park Eun Bin selected a scene in the first episode where her character Chae Song Ah meets a child who asks her if she plays the violin well. She met the child on the same day in which she was chased off of the stage she had wanted so badly to perform on with the harsh words, “Then don’t be last.” Chae Song Ah left a deep impression on viewers as she said to the child, “I like it very much.” Her answer implied that although she wanted her passion for the violin to reflect in her technical skills, sometimes talent doesn’t always follow hard work.

Park Eun Bin also chose Chae Song Ah’s tearful confession to Park Joon Young in episode 6 as another memorable scene. Although Chae Song Ah had tried to suppress her feelings for him, she couldn’t hold back any longer as she turned to Park Joon Young and said, “I like you.” Park Eun Bin portrayed the emotional state of her character through small details such as her trembling gaze and hand movements, leading to the creation of a particularly memorable confession scene.

Park Eun Bin explained her reason for selecting the scenes, saying, “The scenes where Chae Song Ah summons her courage to confess two things—her love for the violin and her feelings for Park Joon Young—are memorable to me. I expressed her love for the violin as a love that has been buried deep for a very long time, but I tried to express her confession to Park Joon Young as an accidental explosion of her feelings that she could no longer hold back. I worked hard to express these feelings, so these scenes are close to my heart.” 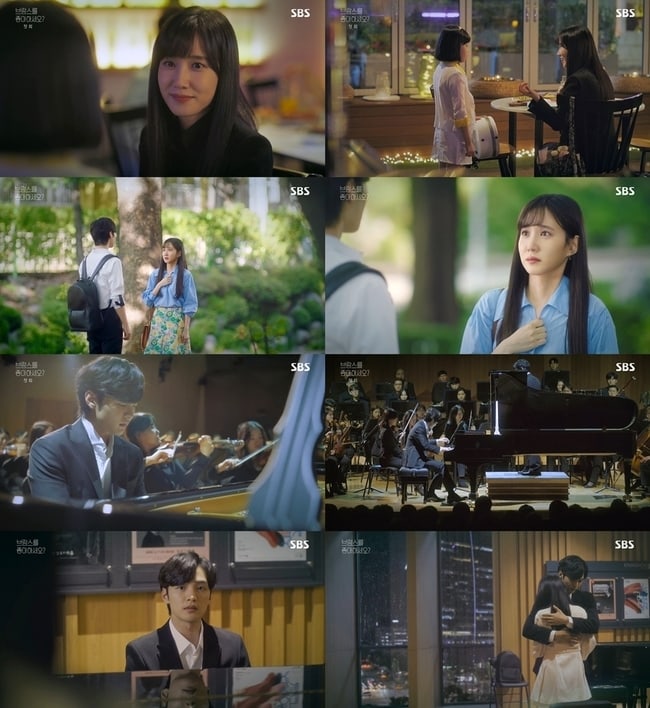 Kim Min Jae also picked a scene from episode 1 where his character Park Joon Young accompanied an orchestra. Kim Min Jae worked hard to prepare for his role as a pianist not only by practicing on the instrument, but also by studying the outfits, hairstyles, and habits of real-life pianists. His efforts came to fruition as he proved his exceptional piano skills through his performance of a Rachmaninoff piano concerto.

Kim Min Jae commented, “I really enjoyed filming the scene where I play the Rachmaninoff piano concerto, and I also put in a lot of effort, so I like that scene a lot. I also remember practicing hard to film the ‘Moonlight Sonata + Happy Birthday’ scene. I played the piano on set and rehearsed the scene together with Park Eun Bin. I like that scene since I think the emotions I wanted to evoke were expressed well.”