OCN’s “Search” has revealed new stills ahead of the second episode!

The first episode gave viewers a shock as the body of Corporal Oh (Lee Kyung Min), who had gone missing after being caught by an unknown enemy, was discovered in a field. The incident, which was once thought to be an attack by a wild animal, is now considered to be provocation from the North. The mysteries continued to pile up with the detection of a virus that is difficult to trace, as well as the illogical movements of an unknown being.

The new stills show Sergeant Yong Dong Jin (Jang Dong Yoon), first lieutenant Son Ye Rim (Krystal), and Captain Song Min Gyu (Yoon Park) in the military police interrogation room. Yong Dong Jin, who only has 456 hours left until he returns to civilian life, ended up being caught up in a different squadron’s operation. He is called to the interrogation room and sits with a confused look on his face. Son Ye Rim, who proved her great analytic skills by uncovering the key clues needed to investigate the disappearance of Corporal Oh, is also present, leading viewers to wonder what awaits the pair. 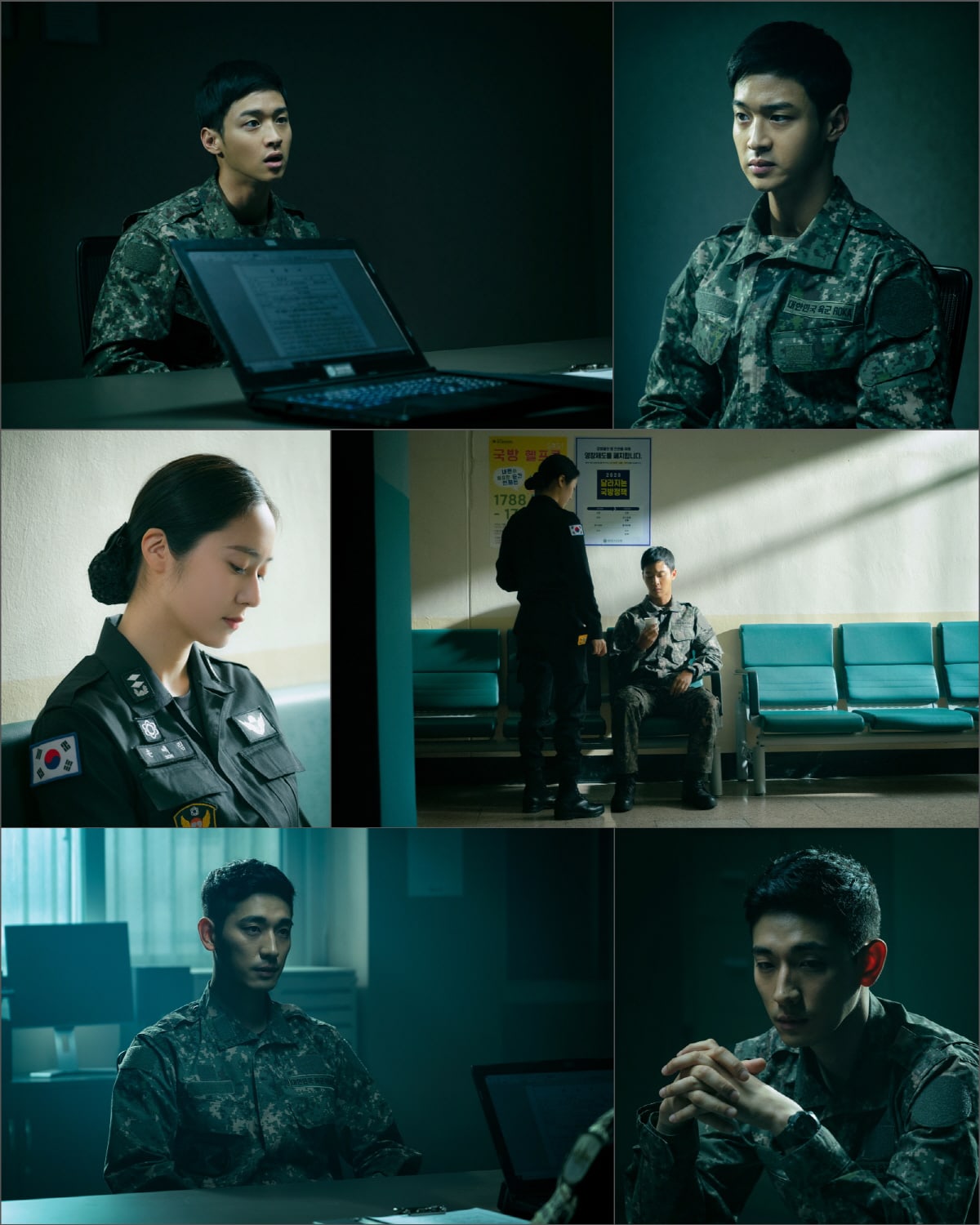 The first appearance of Song Min Gyu will also mark an interesting development in the drama. With a solemn appearance and an icy cold gaze, he makes plans with a face that is impossible to read. In the preview at the end of the first episode, Song Min Gyu met Commander Han Dae Shik (Choi Duk Moon) in secret and was told, “You can carry out everything I order, right?” Song Min Gyu’s appointment to leader of the special task force and other suspicious actions will amplify the mystery in the drama.

The production team upped the anticipation for the second episode, saying, “Song Min Gyu will make his first appearance through a coincidental meeting with Yong Dong Jin in the interrogation room. The disappearance of Corporal Oh will serve as the reason for the members of the special task force to join at the DMZ one by one. Cases that were once thought to be just accidents will start to entangle, so keep an eye out to see how the mystery of ‘Search’ will continue to unravel.”

Watch “Search” with English subtitles below!