tvN’s “Start-Up” has shared a new glimpse of Suzy and Nam Joo Hyuk ahead of the drama’s upcoming episode!

“Start-Up” takes place in a fictional South Korean version of Silicon Valley, where young dreamers set out to achieve success in the world of startup companies. Suzy stars as Seo Dal Mi, an adventurer who dreams of becoming Korea’s Steve Jobs, while Nam Joo Hyuk plays the role of Samsan Tech founder Nam Do San.

The new stills offer a sneak peek at the stunning transformation of Nam Do San, who wears a casual checkered shirt and sports an unkempt mop of hair as he pedals his bicycle down the street. At a party, Seo Dal Mi, who stands at a table with a drink in her hand, takes notice and goes to meet him. In the final still, Nam Do San’s back is seen, nearly unrecognizable with his fitted black suit and a much cleaner haircut. Seo Dal Mi looks particularly intrigued by his changed appearance, looking up at him with a surprised expression. 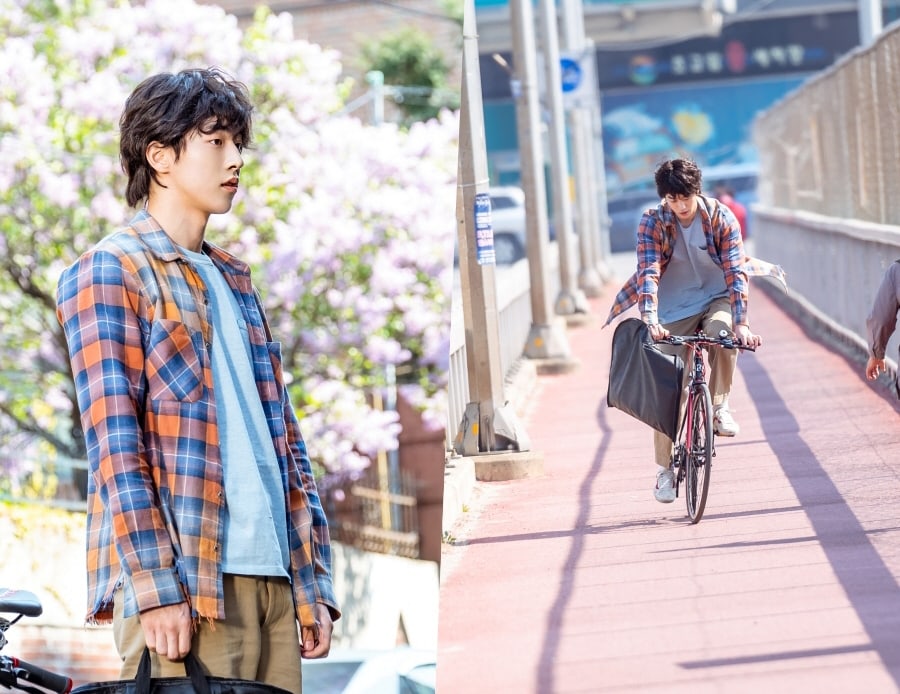 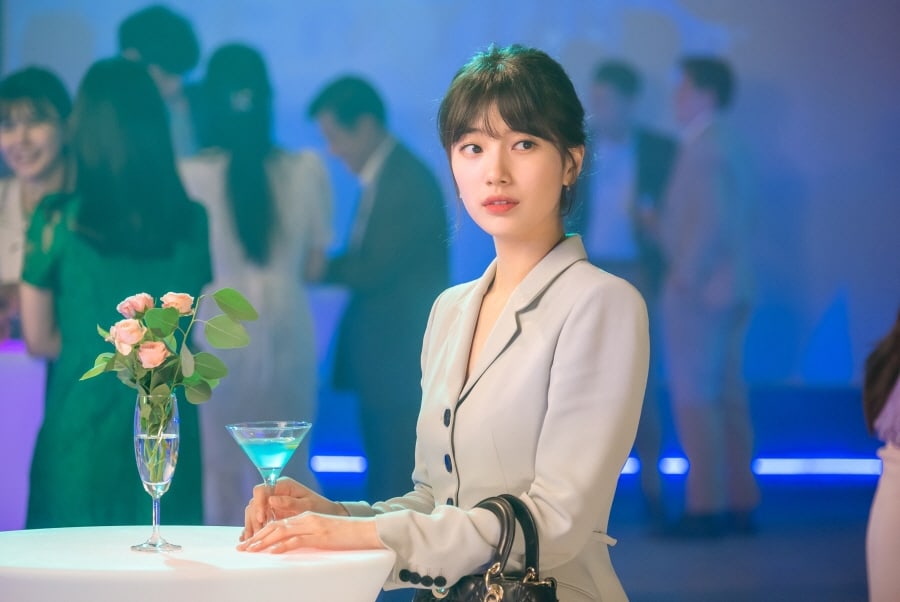 Although Seo Dal Mi had set out to find Nam Do San after exchanging letters with him during her childhood, the letters had actually been written by Han Ji Pyung (Kim Seon Ho). Nam Do San thus ended up becoming Seo Dal Mi’s first love even though he didn’t even know who she was, and Seo Dal Mi had been keeping feelings for someone she didn’t actually know. After becoming connected through a misunderstanding, viewers are excited to see how the pair will meet.

The drama’s production team shared, “Nam Joo Hyuk’s performance as Nam Do San will kick into high gear today. You will see plenty of twists and turns as Nam Joo Hyuk makes his transformation. Please look forward to the second episode.”