BLACKPINK were the guests on the October 18 episode of SBS’s “Running Man”!

The cast members cheered when the members of BLACKPINK appeared and danced to their new title track, “Lovesick Girls.” Jun So Min, who received last week’s punishment, turned into the “fifth member” of BLACKPINK and joined them in the dance.

One of the games that the cast played with BLACKPINK was a “truth game,” in which the members wore cat ears that would move if the wearer changed emotions or was taken aback. 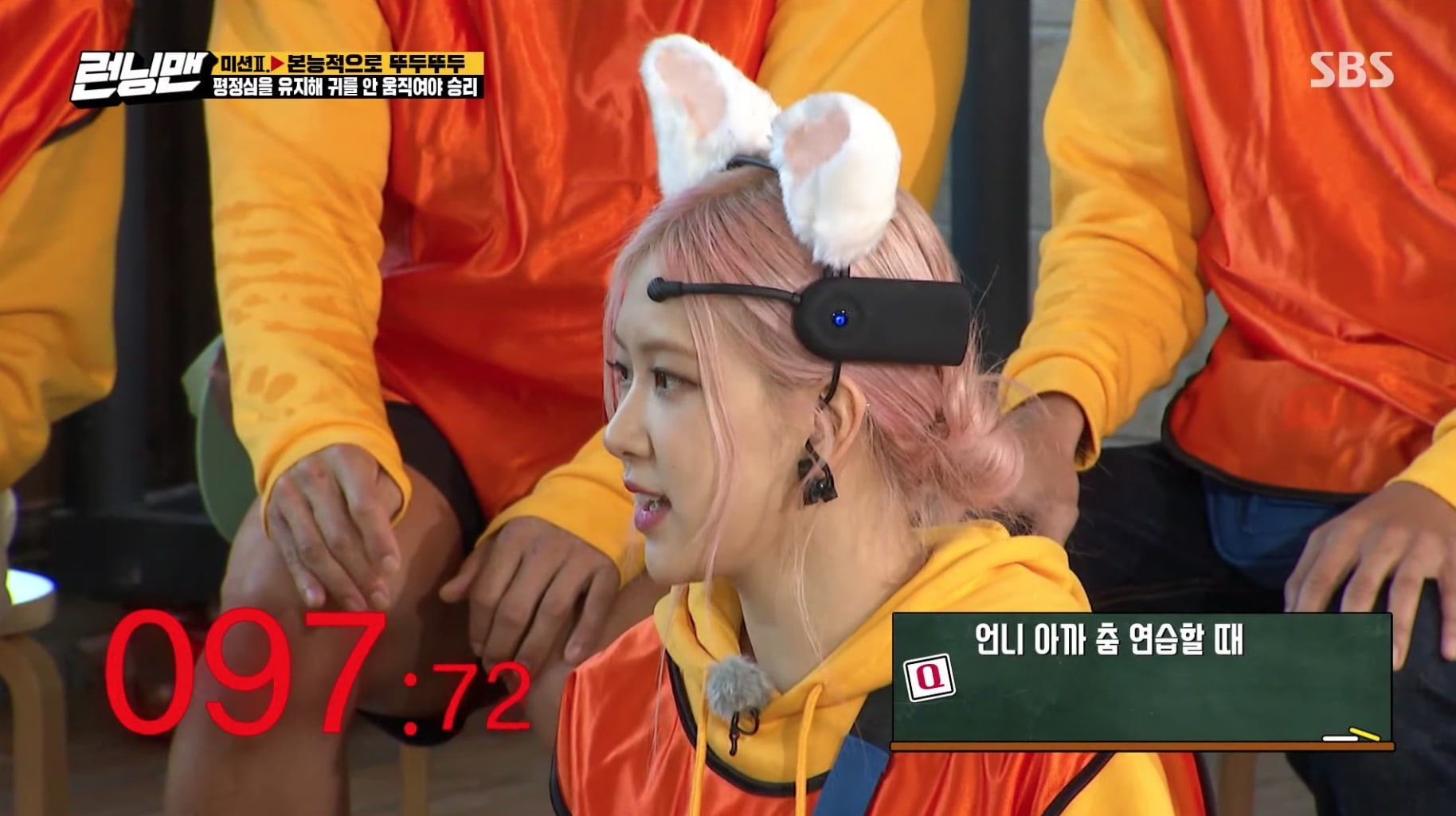 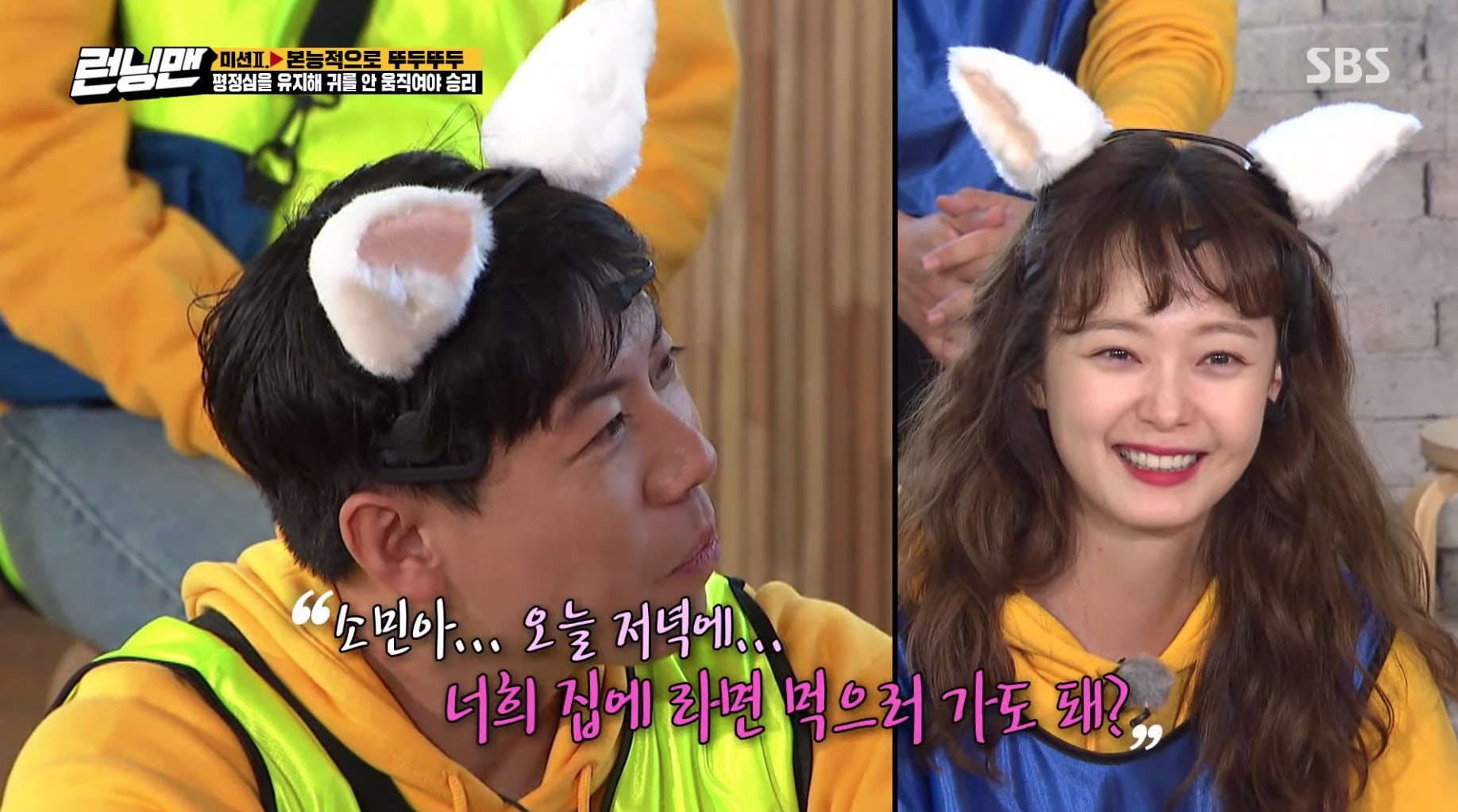 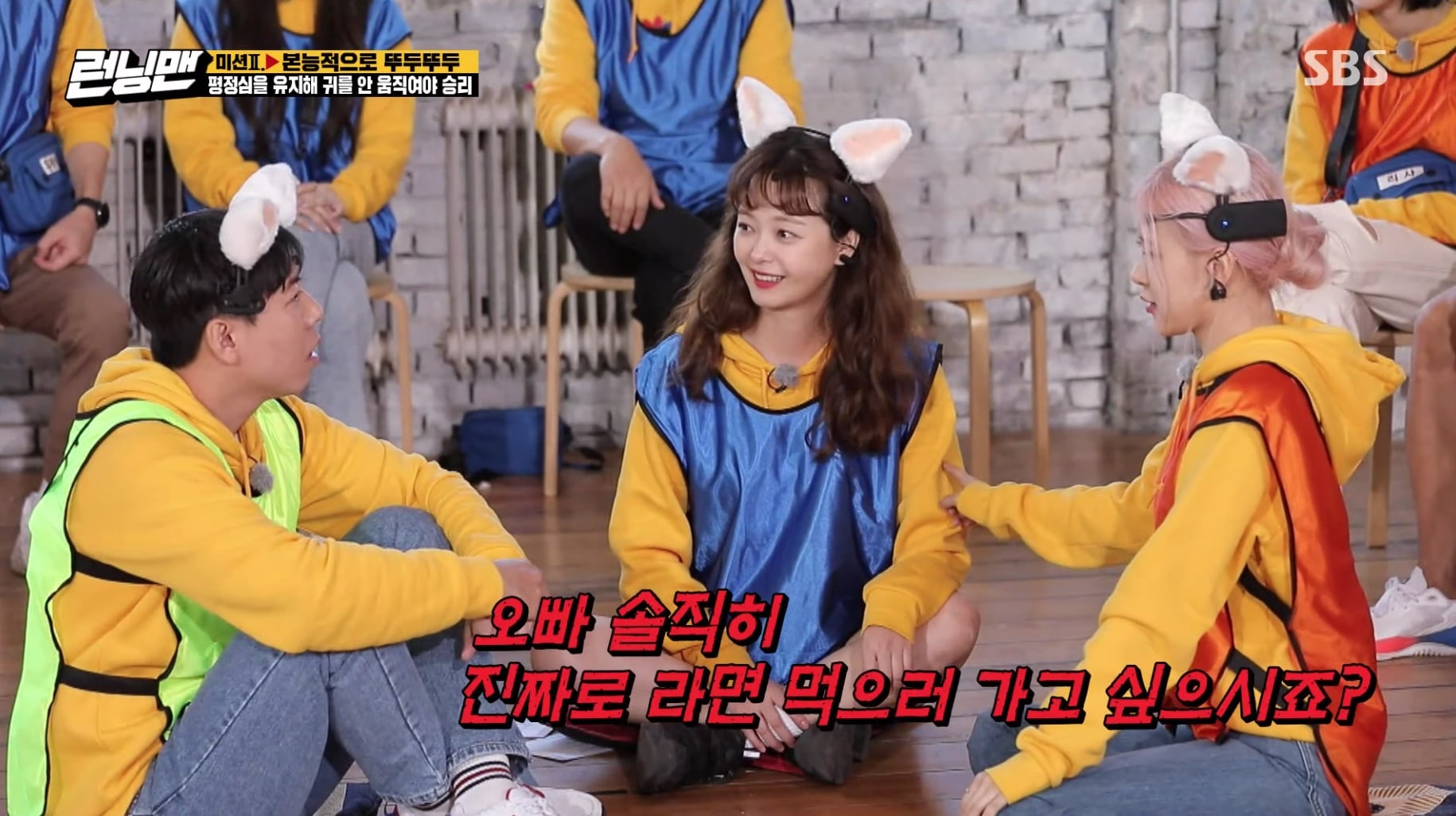 Rosé asked Jun So Min, “You thought you could take the place of one of the members during the opening dance rehearsal, right?” Jun So Min denied it, but her ears moved. She was then asked if she liked Yang Se Chan and her ears moved again despite her denial. Yang Se Chan threw off Jun So Min completely by asking, “Can I go eat ramyun at your house?”, but Rosé got the last word by asking Yang Se Chan if he really wanted to go to her house to eat ramyun. (In Korea, going to someone’s house to eat ramyun in the evening is associated with spending the night there.) 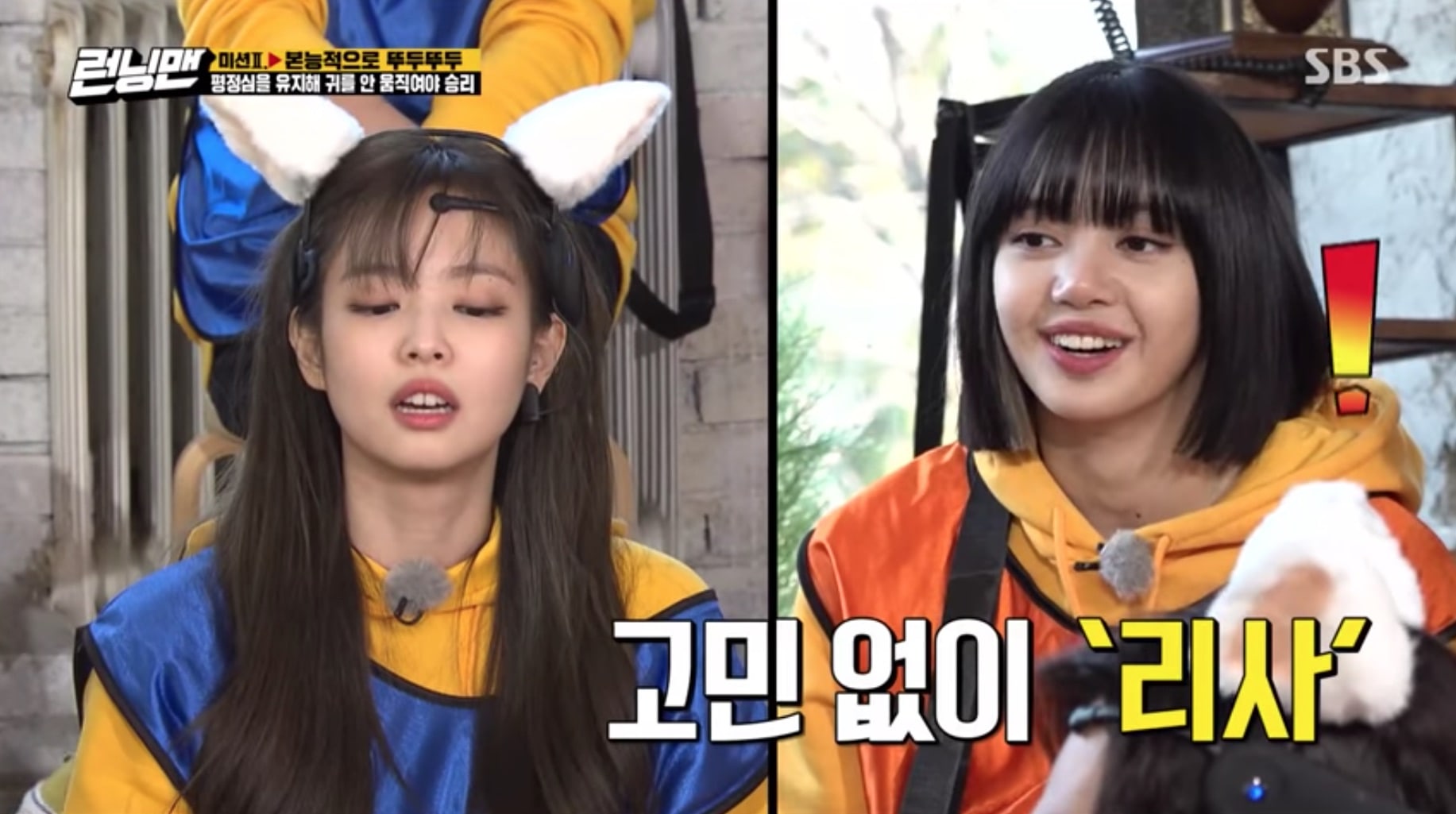 Jennie was asked who had the messiest room and she replied without hesitation, “Lisa.” Asked if she thought she was the prettiest in BLACKPINK, she said, “Yes.” However, Jennie’s ears kept moving regardless of how she answered the question. Confused, Lee Kwang Soo asked, “What do you keep thinking about?” but she threw him off by replying, “You.” Having found her line of attack, Jennie replied, “You” again when Lee Kwang Soo asked if she had a guy she was interested in. 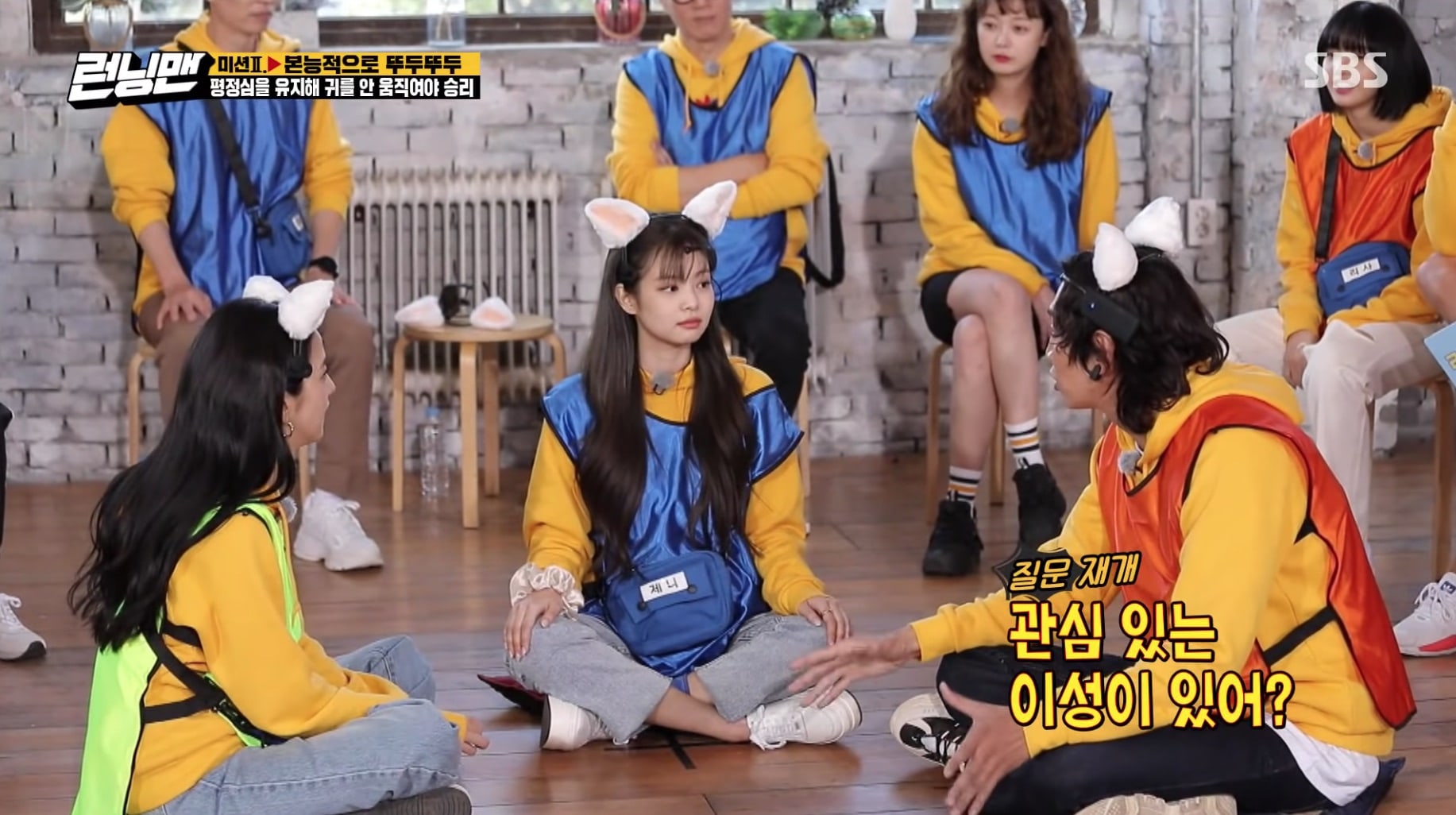 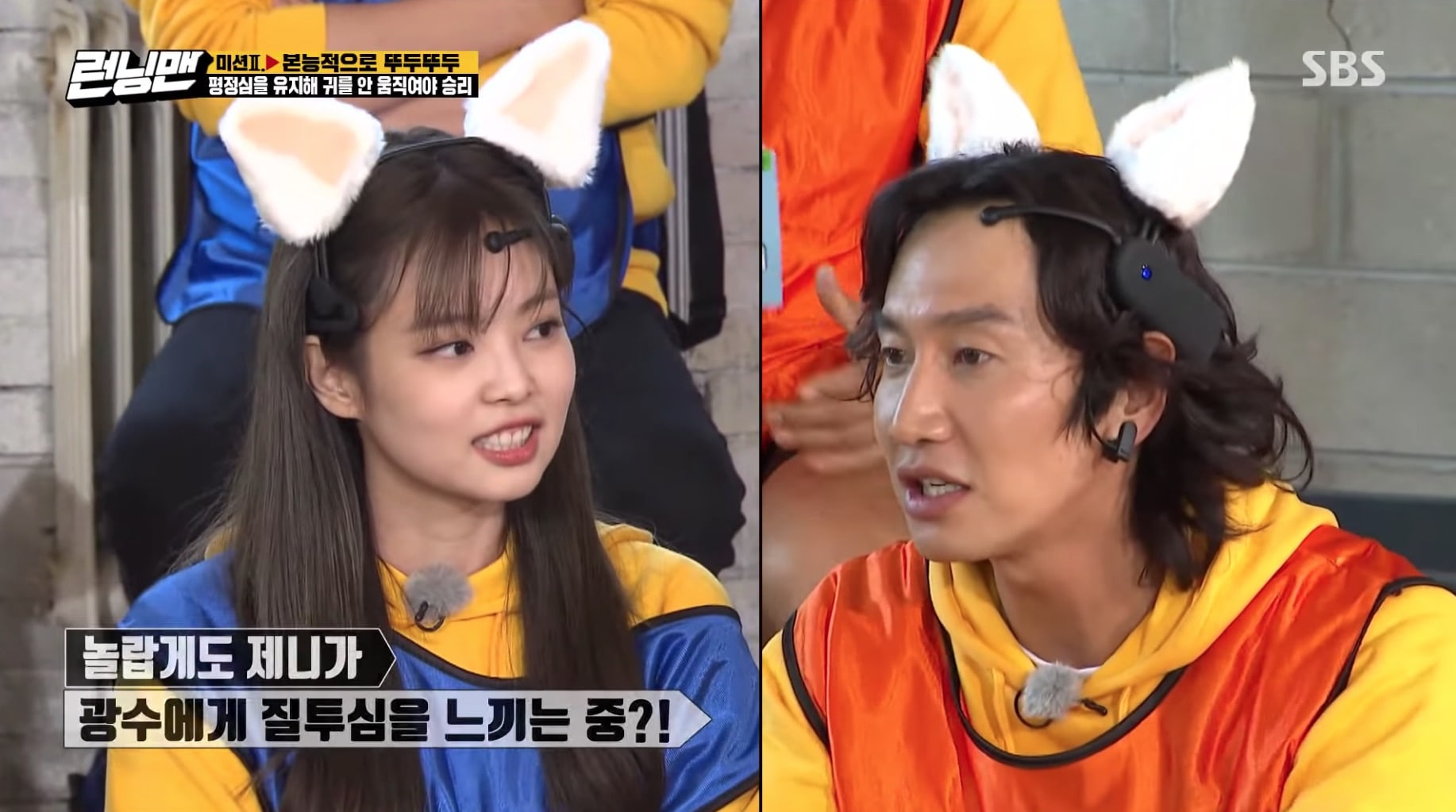 When it was her turn to ask questions, Jennie again came in swinging by asking, “Is Sun Bin unni doing well?” and “Is Sun Bin unni prettier or Jisoo unni prettier?” (Actress Lee Sun Bin is Lee Kwang Soo’s girlfriend.) Later, Lee Kwang Soo said that Rosé was the prettiest member of BLACKPINK and Jennie got teased when her ears moved instead. However, Jennie ended on a triumphant note by asking Lee Kwang Soo if he rewatched the video where she made a poem for him on a previous episode of “Running Man.”

BLACKPINK
Running Man
How does this article make you feel?