After the recent conclusion of the second season of tvN’s “Forest of Secrets,” “Forest of Secrets 2” producing director (PD) Park Hyun Suk sat down for an interview to talk about his experience filming the hit drama!

“Forest of Secrets” (also known as “Stranger”) is a drama about an emotionless prosecutor (played by Cho Seung Woo) and a warm-hearted police officer (played by Bae Doona) who join forces to uncover corruption and solve hidden mysteries.

While the first season—which aired in 2017—was directed by Ahn Gil Mo, PD Park Hyun Suk took over for the highly-anticipated second season this year. The director remarked, “Despite my shortcomings, I think that I was able to smoothly connect Season 1 and Season 2, so I’m a bit relieved. I’m endlessly grateful to the viewers who enjoyed the drama and accepted its sincerity.” 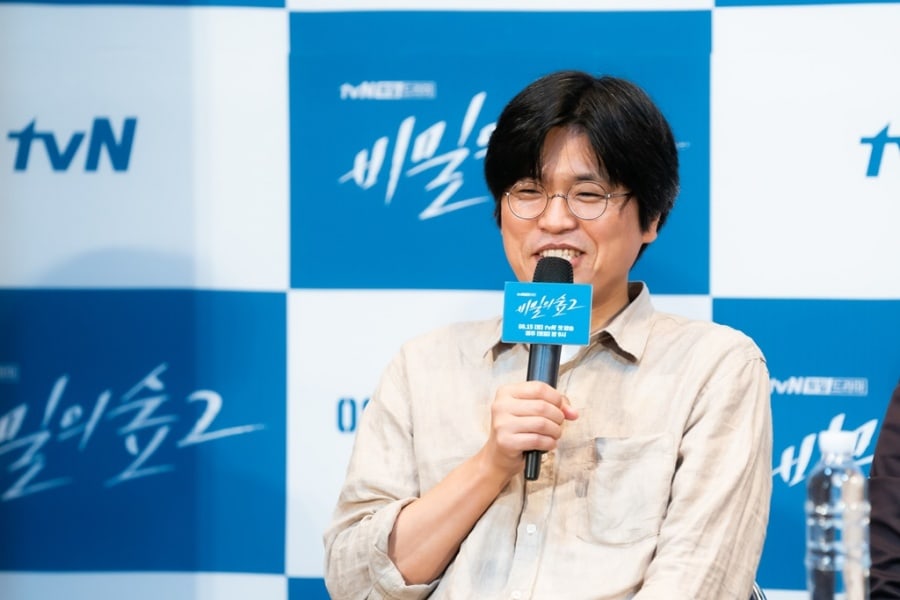 Early on in its run, “Forest of Secret 2” received mixed reactions from viewers, with some praising the differences from Season 1 and others expressing disappointment at the changes in the drama.

“I myself was a fan of Season 1 of ‘Forest of Secrets,’ so I expected that kind of [mixed response],” revealed Park Hyun Suk. “I did set aside my own individual directing style from the very beginning, but I think that I was still lacking in many ways.”

“I actually wanted [Season 2] to be more like Season 1, and I was regretful that they could not be more alike because time had passed and things had changed,” he continued. “The writer also had new issues and different subject matter in mind while working on Season 2, so I think those kinds of changes were very natural. The message of the story was already fully formed in the script by the writer, so my goal as a director was simply to portray that message unmarred.” 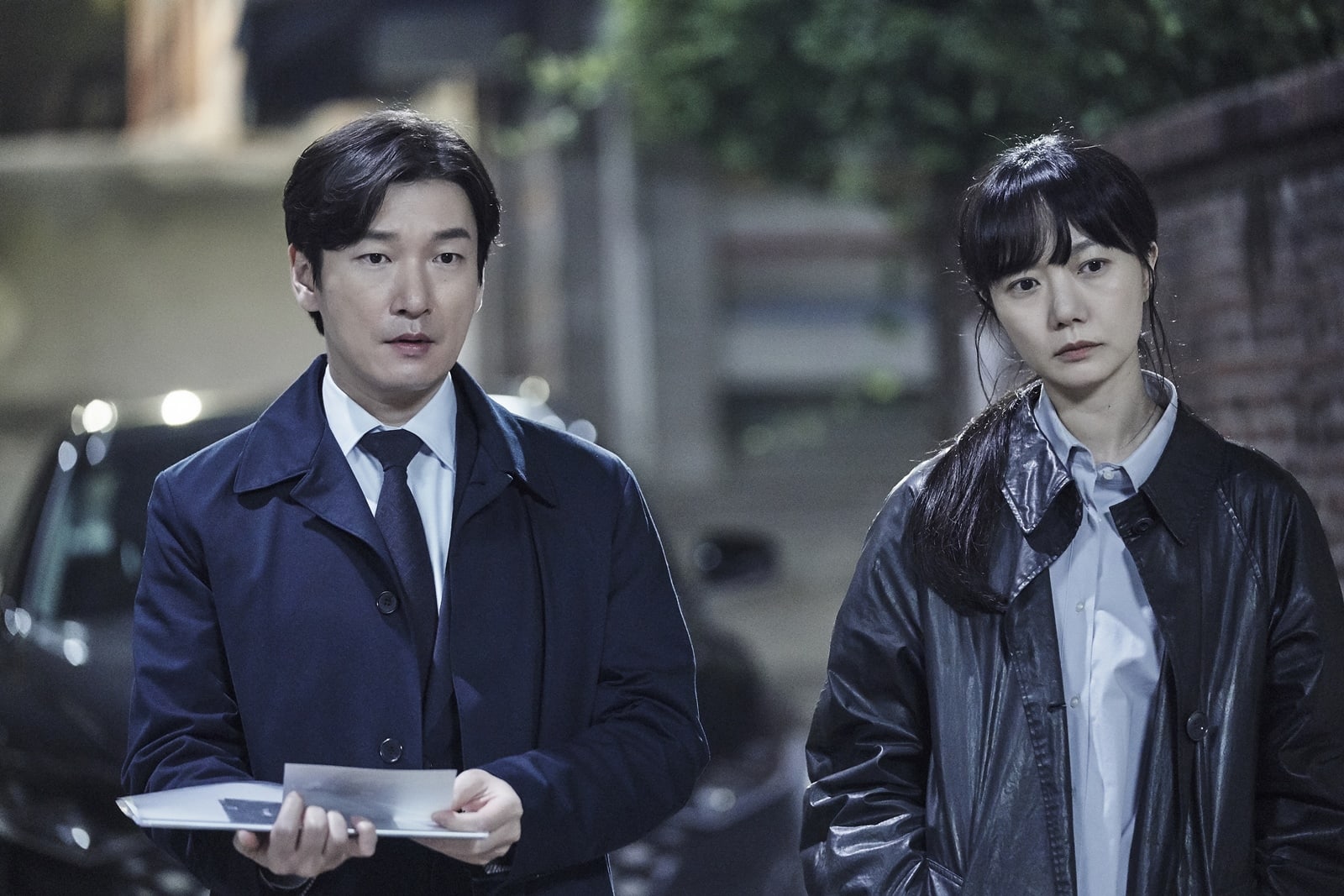 Park Hyun Suk also humbly gave the cast of “Forest of Secrets 2” all the credit for the drama’s popularity—particularly stars Bae Doona and Cho Seung Woo, whose acting he couldn’t seem to praise enough.

“In my opinion, ‘Forest of Secrets’ is the drama that it is because of Cho Seung Woo and Bae Doona,” said the PD. “I think of it as a drama that those two actors built.”

He continued, “From their ability to understand the script to their acting skills, the way they create chemistry with their acting partners and their considerate manner—they are actors that surprise you in every way. I think it would be accurate to say that I was in awe of Cho Seung Woo’s and Bae Doona’s acting during each and every moment of filming.”

The director went on to recall, “While editing their scenes, I would discover new details each time I rewatched their acting. In particular, I felt like the scenes that pit the the two together managed to express the deepest depths of the script, in a way that we hadn’t even imagined pre-production. I was happy to be able to work together with them.” 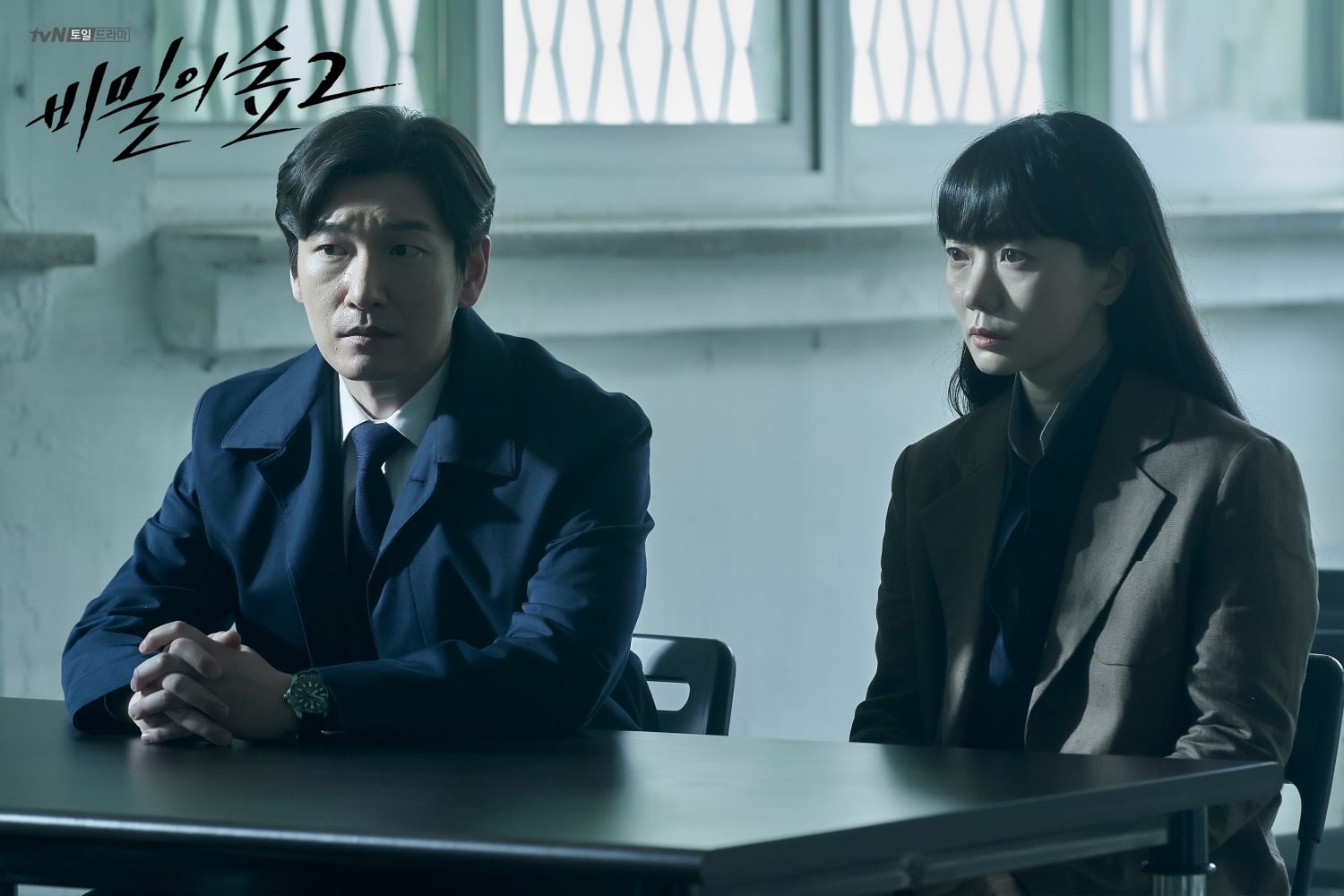 Park Hyun Suk also spoke fondly about his experience working with the cast on set.

“Watching our cast act before my eyes was a truly amazing experience,” he shared. “The cast really made the characters vivid and brought them to life, and the teamwork between the actors was unparalleled. Because they are all people who are so exceptionally talented at acting, I was constantly surprised on set during filming.”

He added, “Filming went smoothly. It was a shoot in which all I had to do was set up a place in which the actors could act comfortably. I think the cast’s acting plays the biggest role in making ‘Forest of Secrets’ ‘Forest of Secrets.’ I’d like to thank the actors for filling the drama with their impressive acting.”

When asked to name his favorite new character from Season 2, Park Hyun Suk replied, “If I had to choose just one, it’d be Choi Bit. Not just because the character is cool, but because actress Jeon Hye Jin agreed to take the role even though she was very worried that the character’s image overlapped a lot with her previous roles.” 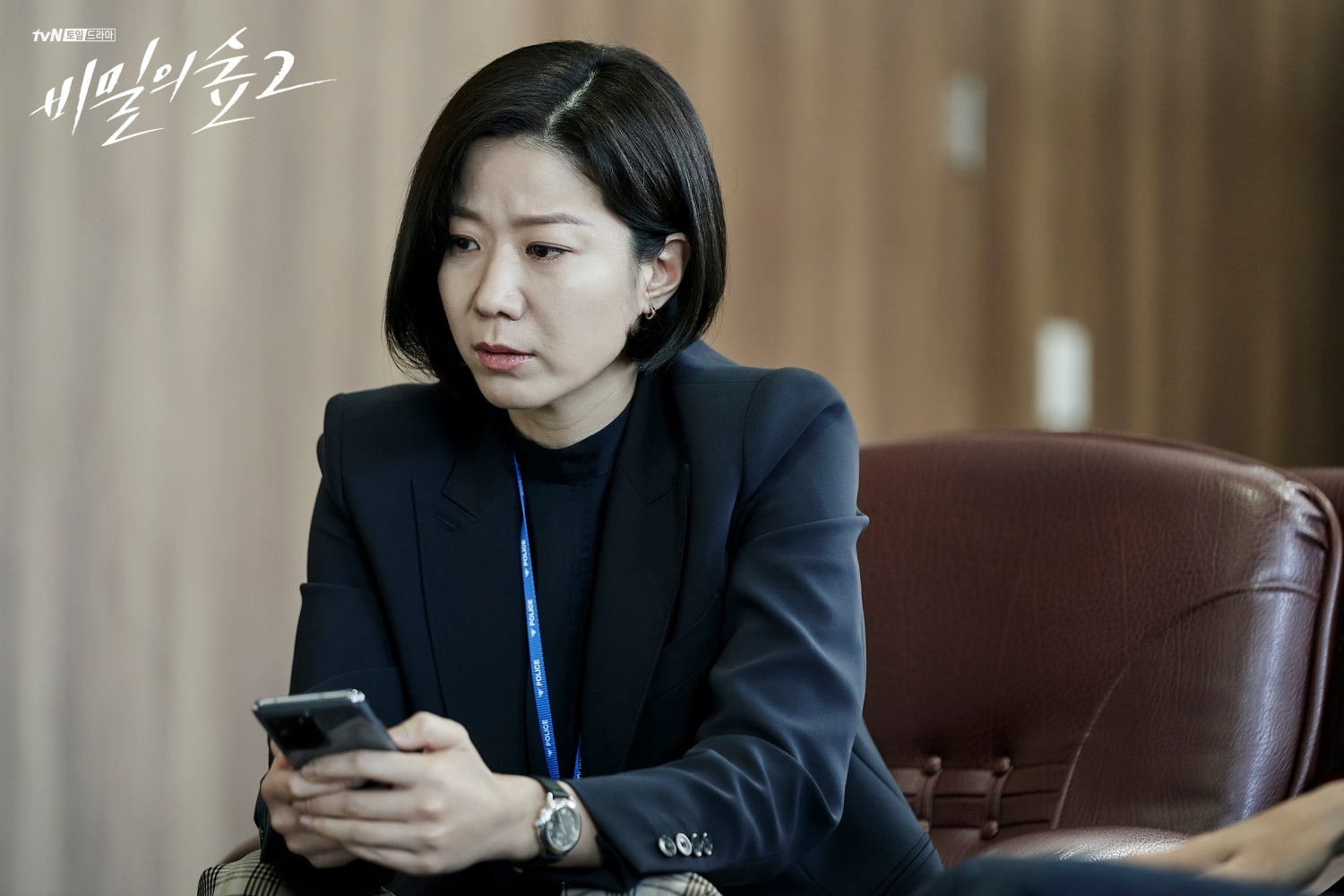 Following the conclusion of “Forest of Secrets 2,” the drama’s producers revealed that they are currently discussing the possibility of returning for a third season—and the second season’s open ending has viewers desperately hoping for more.

“We don’t know yet whether a third season will be produced,” said Park Hyun Suk. “But to quote Cho Seung Woo, who said that even Season 2 wouldn’t have been possible without the fans: if we do return with Season 3, it would all be because of the fans’ love and support.”

“Of course, if the drama does end up getting a Season 3,” he humbly remarked, “I think that there would be better choices [for director] than me.”

However, he added, “As a fan of ‘Forest of Secrets,’ I’d be honored if I received an offer to direct.” 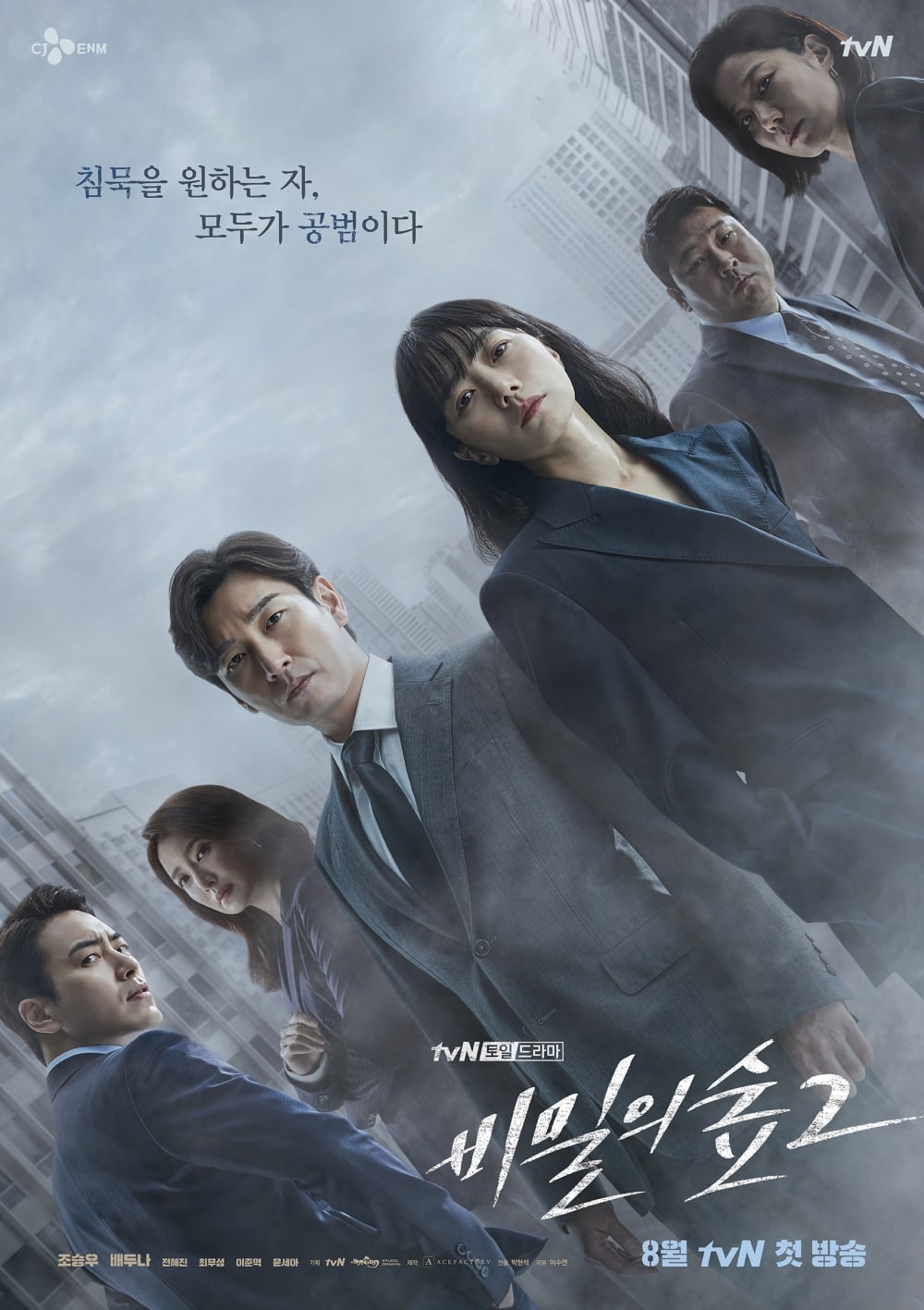 Would you want to see “Forest of Secrets” return for a third season? Share your thoughts in the comments below!

In the meantime, watch Bae Doona in her drama “Matrimonial Chaos” here: