Exclusive
by U. Kim

LOONA is back with their third mini album “12:00 (Midnight)” and their new title track “Why Not?”

Orbits (LOONA’s fans) let us know what they were curious about via Soompi’s Instagram Stories, and we asked some of your questions to the members! Read their answers below:

What has been your favorite part about preparing for this comeback?

HyunJin: I liked everything, from being able to greet Orbits with a new album to attempting a new genre of music! I think that’s why our members and everyone working with us prepared for the album in a good mood. Please show lots of love for our album!

Choerry: First of all, I liked that we’re challenging ourselves to a new concept. It’s a song we can enjoy and have fun with on stage, so I think it’ll be a song that many people can enjoy, and I like that the most.

Chuu: We were able to clearly feel the growth in the teamwork between our members through this album. Communication between the members has gotten better, and I got the feeling that we’re being more considerate of each other and taking care of one another. It feels like our relationship has deepened.

YeoJin: We’re making a comeback with a song we can enjoy all together with Orbits, so I had fun preparing for it while imagining how Orbits will like it. 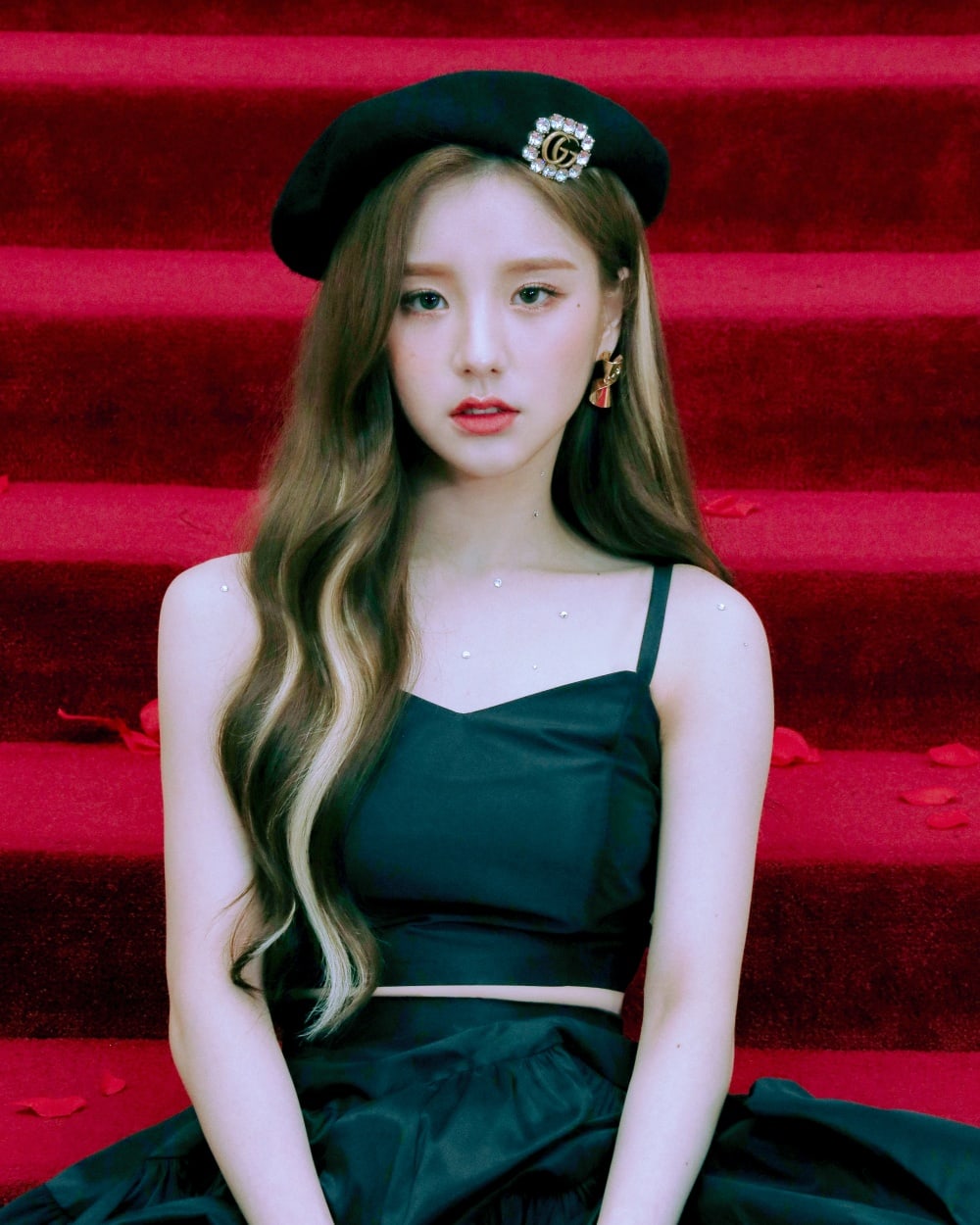 What are your goals or expectations for this comeback?

Olivia Hye: I hope that our results on music charts and music shows improve a step further than our results for “So What.”

HeeJin: Rather than worrying about results, I’d like for this to be a chance for LOONA to grow together and for the team to become stronger.

Chuu: LOONA’s happiness! I mean it!

YeoJin: I think our goal is to create better results than our previous album. Please look forward to it. 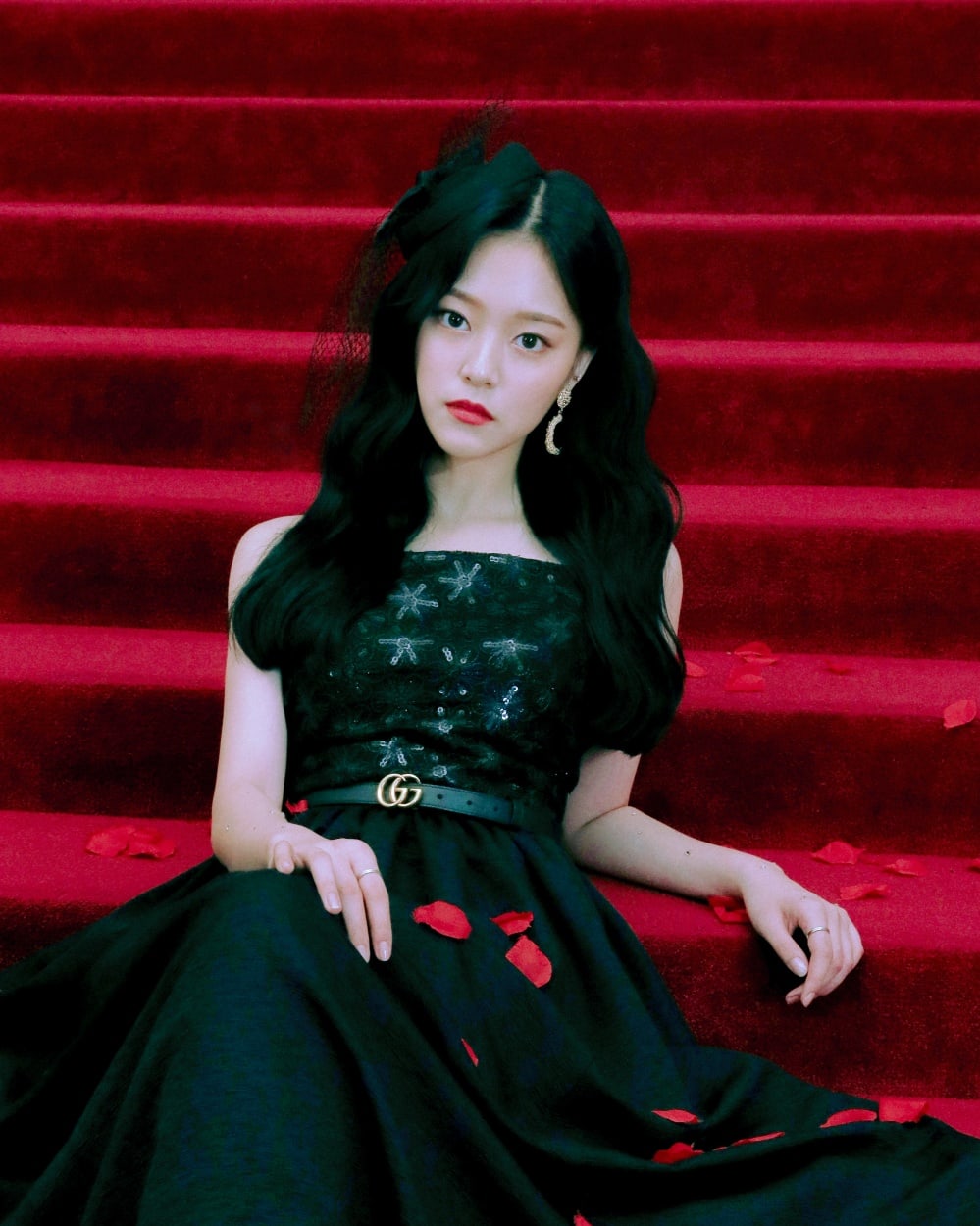 Which song on this album best describes you?

Kim Lip: A lot of people liked “Voice” and “Universe” when they were revealed through the highlight medley. I like them all, but if I had to choose one, I think “Universe” fits LOONA’s style the best.

ViVi: “Fall Again.” I liked the song so much from the moment I first heard it.

JinSoul: I think the title track “Why Not?” The reason is that in my part, I get the chance to show both my rap and vocals, and because the mood of the song changes a lot, I’ll be able to show many facial expressions. Of my parts, I think my part in the bridge shows my favorite vocal timbre the best. 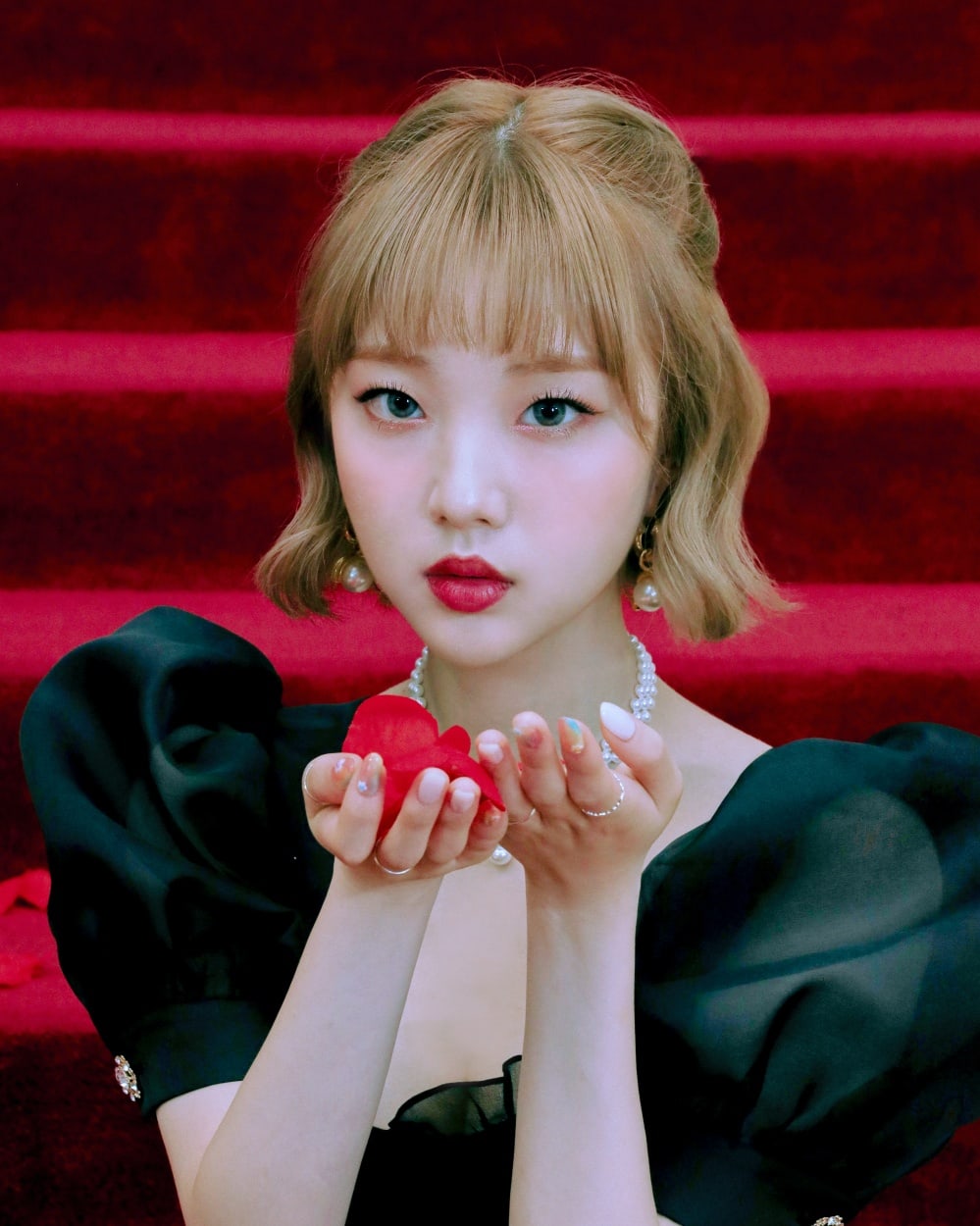 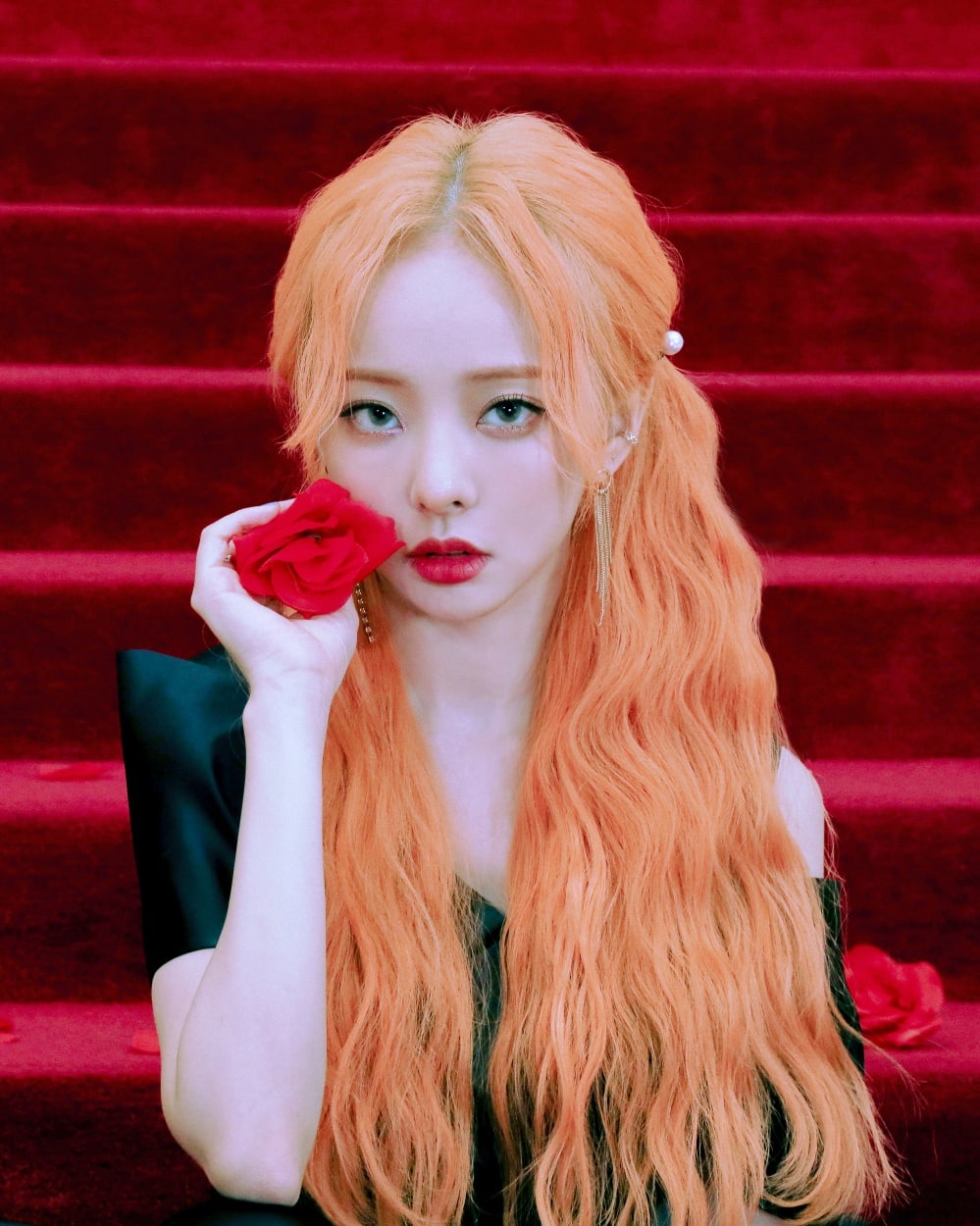 Any artists that you want to have a collaboration with?

HeeJin: I’d like to collaborate with Zion.T. I think his unique voice is very charming, so I definitely want to work with him some day.

Choerry: I’d like to work with Christopher. He’s an artist I listen to frequently these days. I’m personally a fan, so if given the chance, I’d like to have a collaborative stage together.

Chuu: I want to collaborate with Crush. I like the tone and color of his voice, so ever since I was younger, I covered his songs a lot. I listened to his recent song with [Red Velvet’s] Joy and fell in love with it, so I thought I’d also like to collaborate with him in the future. I’m curious what we’d create if we worked on music together, and I think he makes the type of music I strive for.

Go Won: I’d like to work with Grimes again. She gave life to our song for LOONA yyxy, and I think she cares a lot about LOONA, so I’d like to meet her again when the opportunity comes. 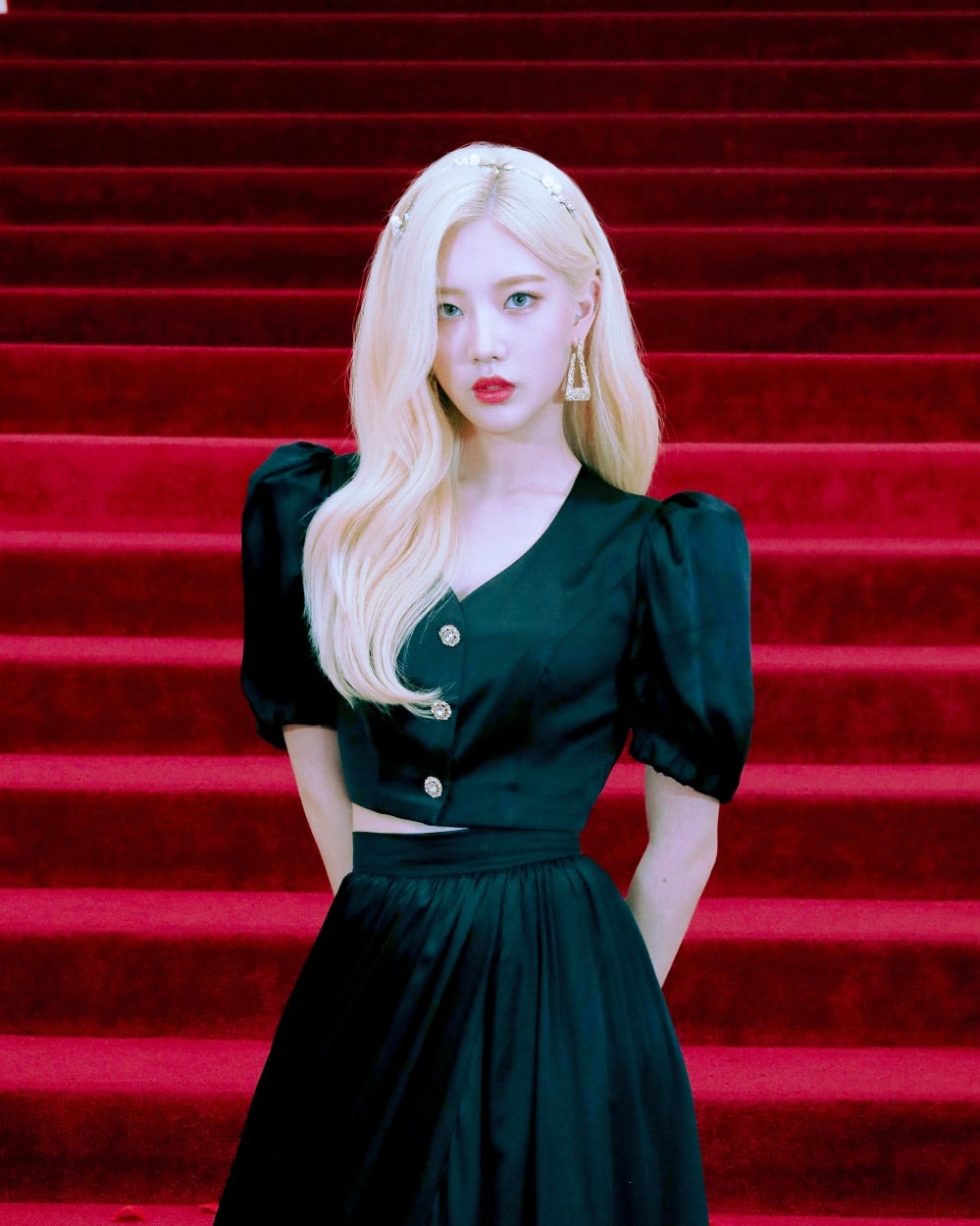 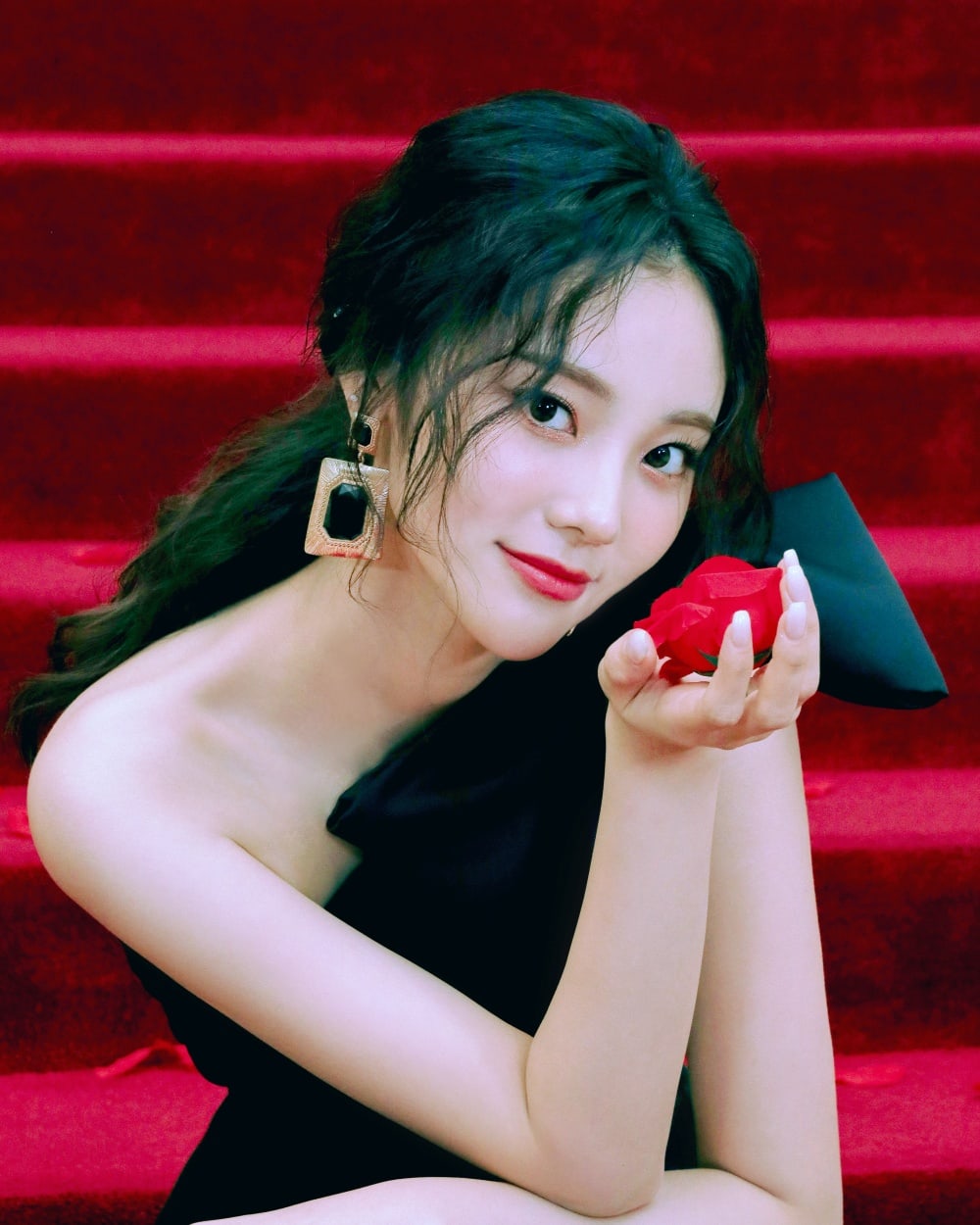 What do you hope to see in five years’ time for LOONA?

Olivia Hye: I hope we can be singers who continue to show new sides to the public five years later as well.

ViVi: In five years’ time, I want to show more of the music and choreography that we want to do as well as our improved selves. We work well together now too, but I hope that we’ll know each other even better and be like a true family then. In terms of albums, I’d like for us to actively take part in the planning process and grow in a positive direction so that we can give our own ideas. The most important thing is that I want all of us to be healthy and happy five years in the future as well.

JinSoul: Five years later, I hope we can continue to be a group that isn’t ordinary and always tries and shows new things. I hope that we’ll have grown slightly more compared to now to be a group that’s widely known to the public.

YeoJin: I hope LOONA will be stronger than it is now. We’re strong now too, but five years can be considered both short and long. I hope LOONA can become a warmer, more beautiful group. 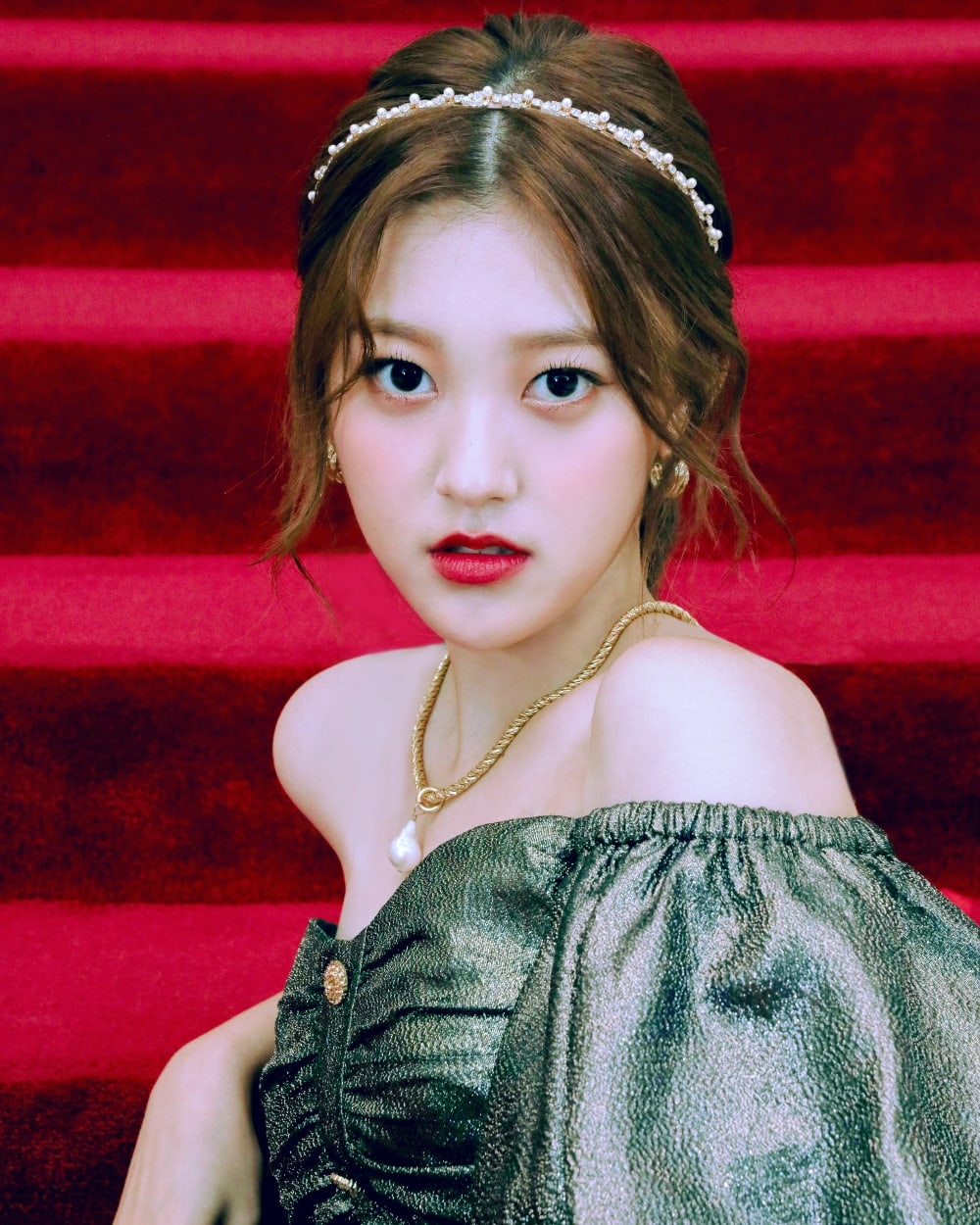 If you could be another member for one day, who would it be and why?

HyunJin: YeoJin. I want to whine to the older members as the maknae (youngest member).

ViVi: HyunJin. HyunJin has overflowing stamina, and I’m envious of that sometimes.

Yves: Go Won. Go Won has a very clear and charming voice, so there are songs that I believe would only match Go Won’s voice. I sometimes think that if I had Go Won’s voice, I would love to sing those songs.

YeoJin: ViVi. I think ViVi is someone who values her time alone. She probably has a lot of thoughts and worries, and if she’s having negative thoughts, I want to rid her of those thoughts in my own way. 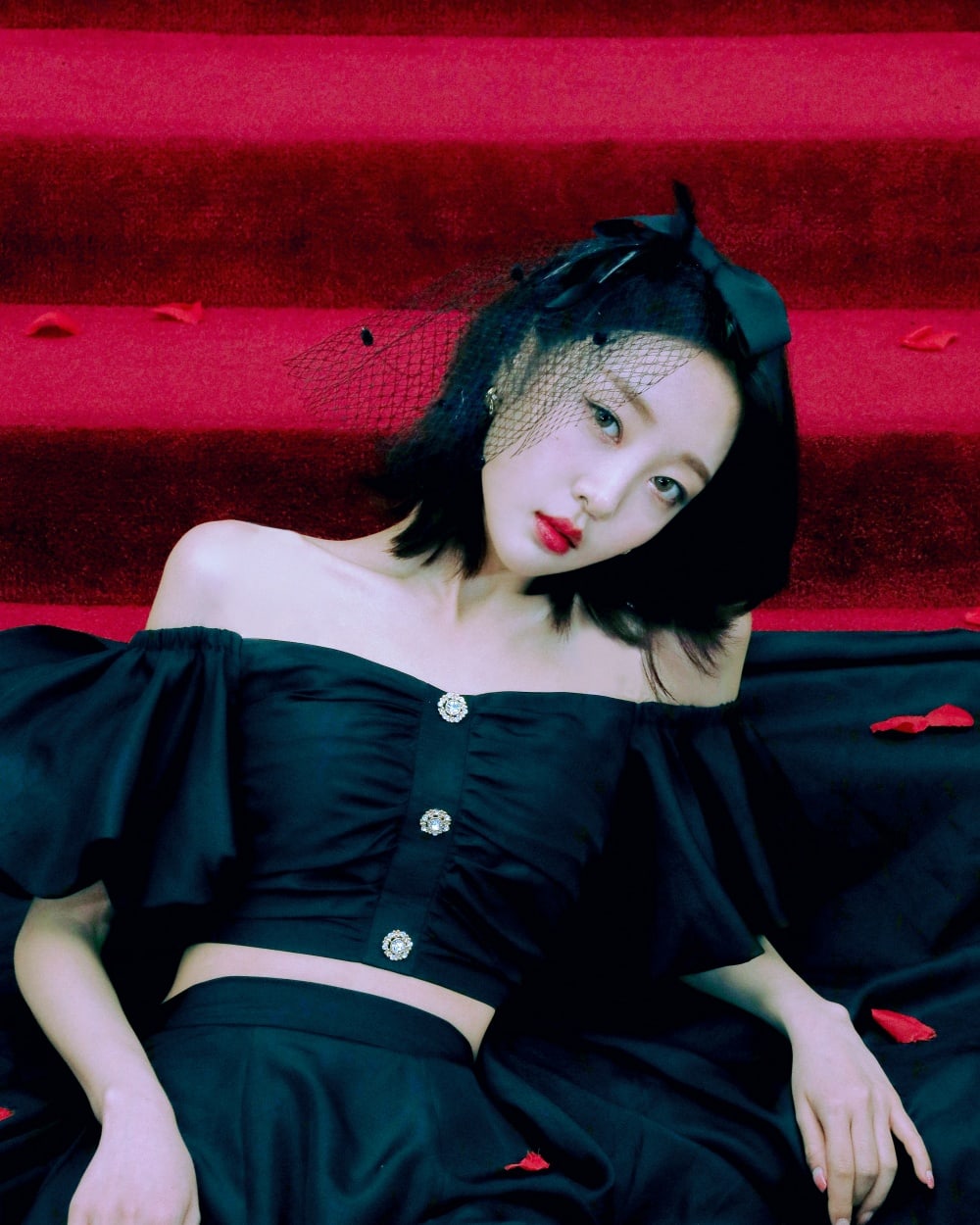 If you could dedicate a song to your fans, what would it be?

Kim Lip: I have so many, but to the fans who endured hard times with us, I want to dedicate “365.” We were so curious about our fans’ reactions when we released that song. It left a deep impression on me when they enjoyed it and sang it with us at our fan meeting.

Go Won: “Where You At.” It’s our own song, but I like it a lot, and it comforts me at times. I would like for our fans to listen to it and feel like they’re with us.

YeoJin: “Universe.” There are several lines in the lyrics that really touched my heart. If anyone’s having a hard time these days, I would like for them to find warm consolation through this song. 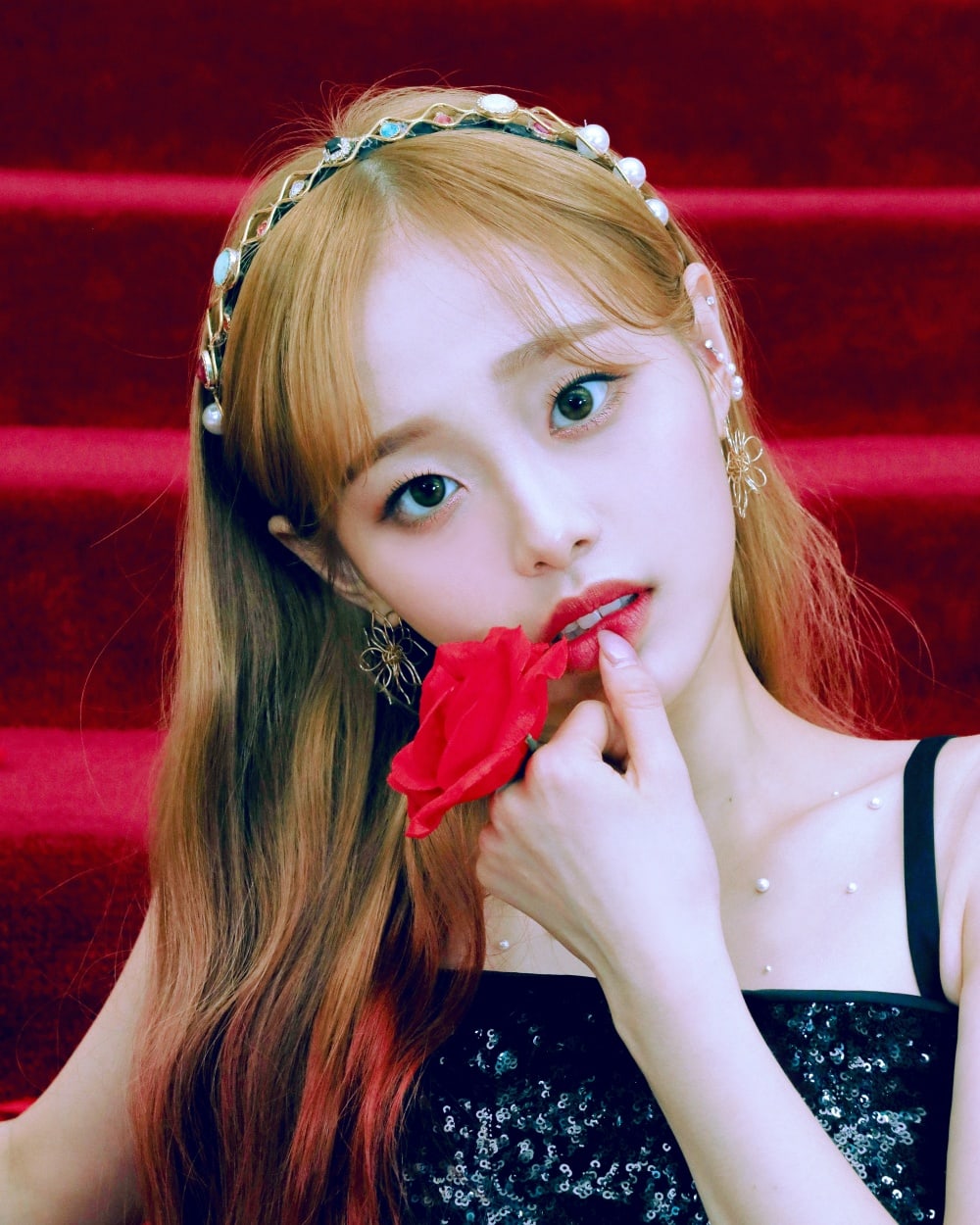 What songs outside of your own are your favorite at the moment?

HeeJin: I’ve been listening to [SHINee member] Taemin’s “Criminal” often these days. I was amazed by his use of facial expressions on stage.

Chuu: I like “When You Wish Upon a Star.” I once watched the movie “Pinocchio” late at night and created a sea of tears, and this song was in the OST. It’s a song that got me to think a lot, realize what’s precious, and think positively in difficult situations.

YeoJin: These days I’m listening to BLACKPINK’s “Lovesick Girls” often. When I get into a song, I only listen to that one song, and I keep listening to this song because it’s of a genre I like a lot. 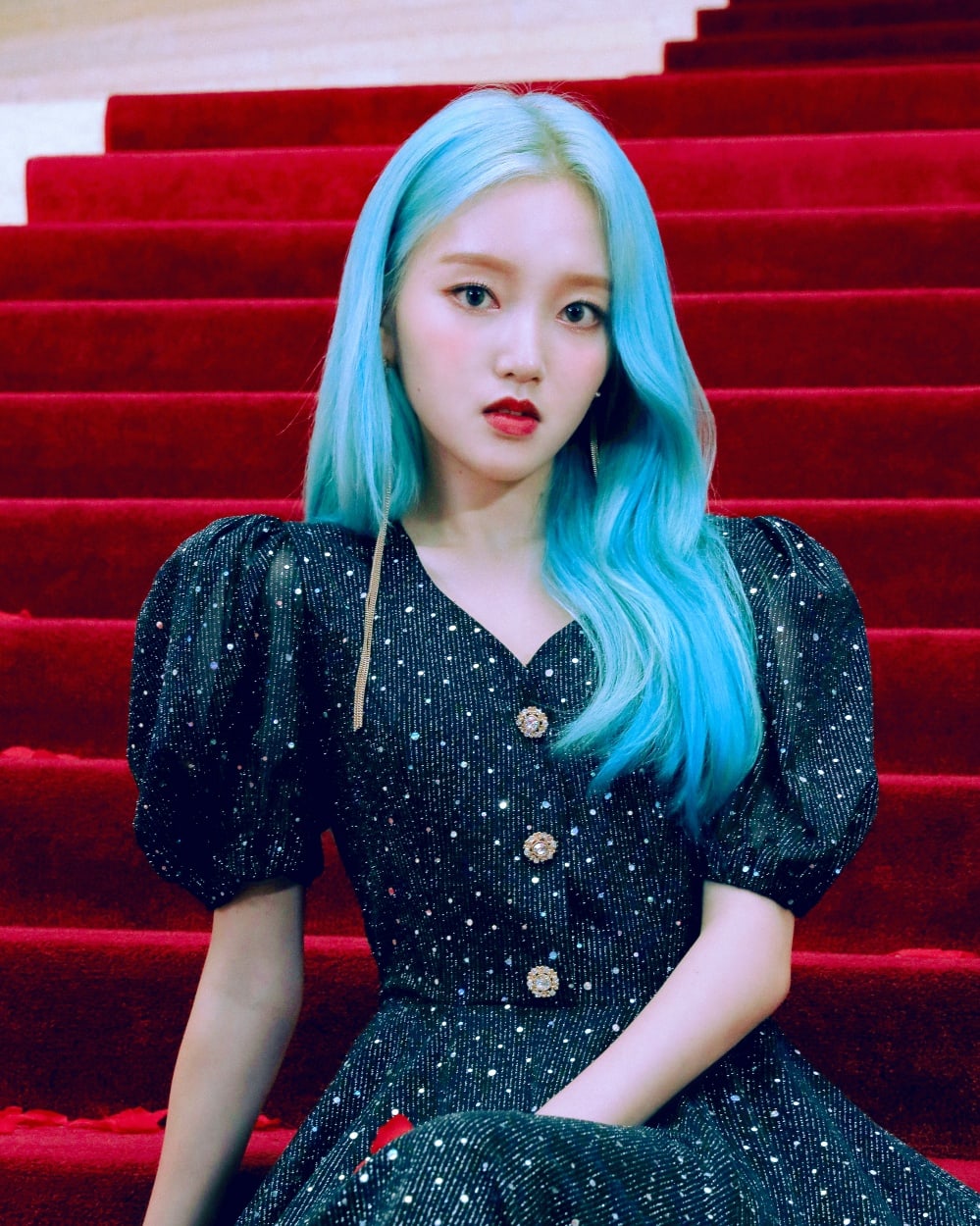 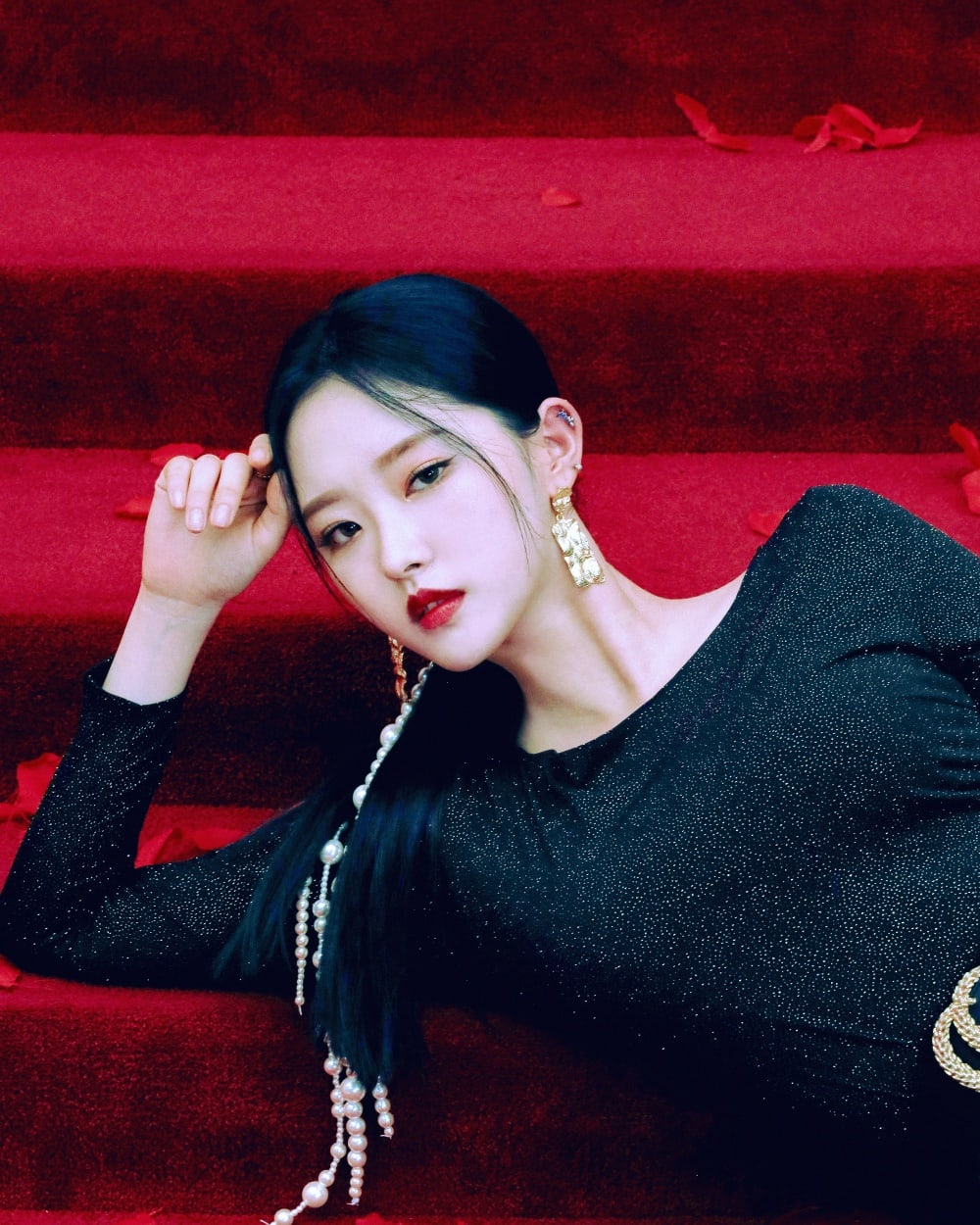 HyunJin: Orbit, thank you always. We’re always thinking about Orbits too, and I want to say I love you. I want to see you soon!

Olivia Hye: Although we can’t see each other from up close often, thank you for always providing us with strength from afar just as if you’re right next to us. You’re a big part of my life. Please continue to love LOONA a lot.

Choerry: Orbit! We’ve returned to you with a fun and exciting song this time around as well~ I hope you’ll enjoy “Midnight Festival” (LOONA’s online concert) with LOONA!

Yves: Orbits, I’m always so unspeakably thankful that you send us so much support and love even though we’re far apart. It’s upsetting that it’s even harder for us to go abroad in this situation, but we’ll practice hard during this time to grow further, be healthy, and show great performances that exceed your imagination. Please wait a little bit, and don’t forget that we’re always thinking about you.

YeoJin: Though we can’t meet directly, we’re always preparing hard and thinking about meeting international Orbits, so I hope that Orbits will also stay healthy and wait for us. Take care of your health. I love you.

Thank you, Orbits, for all of your questions!

Go check out LOONA’s “Why Not?” music video here!

Soompi Spotlight
LOONA
How does this article make you feel?