Watch: Park Eun Bin Can’t Stop Teasing Kim Min Jae Behind The Scenes Of “Do You Like Brahms?”

SBS’s “Do You Like Brahms?” has revealed a behind-the-scenes look at an emotional scene between Kim Min Jae and Park Eun Bin!

The video begins with Kim Min Jae and Park Eun Bin facing each other as they prepare for their heart-wrenching breakup scene. Park Eun Bin cracks a smile as she says, “Joon Young, let’s stop.” Kim Min Jae doesn’t respond as he tries to stay immersed in more serious emotions for the scene ahead. One of the staff on set chimes in, joking that he must be having mixed feelings about the impending breakup.

Before filming begins, Park Eun Bin asks Kim Min Jae if he will shed tears during the scene. He ponders the question before responding, “It’s a feeling where I might not even be able to cry.” Park Eun Bin also comments on Kim Min Jae’s character, saying that she pities him for what he’s been going through. Kim Min Jae goes on to joke that his character should quit piano since bad things happen every time he plays.

During rehearsal, Park Eun Bin delves into an analysis of the characters, asserting that the two characters differ in how they see love. She explains, “Joon Young expressed his love with every bone in his body, but Song Ah was uneasy.” The pair continue to discuss their characters’ motives, then take the time to immerse themselves in their own emotions before filming the scene. 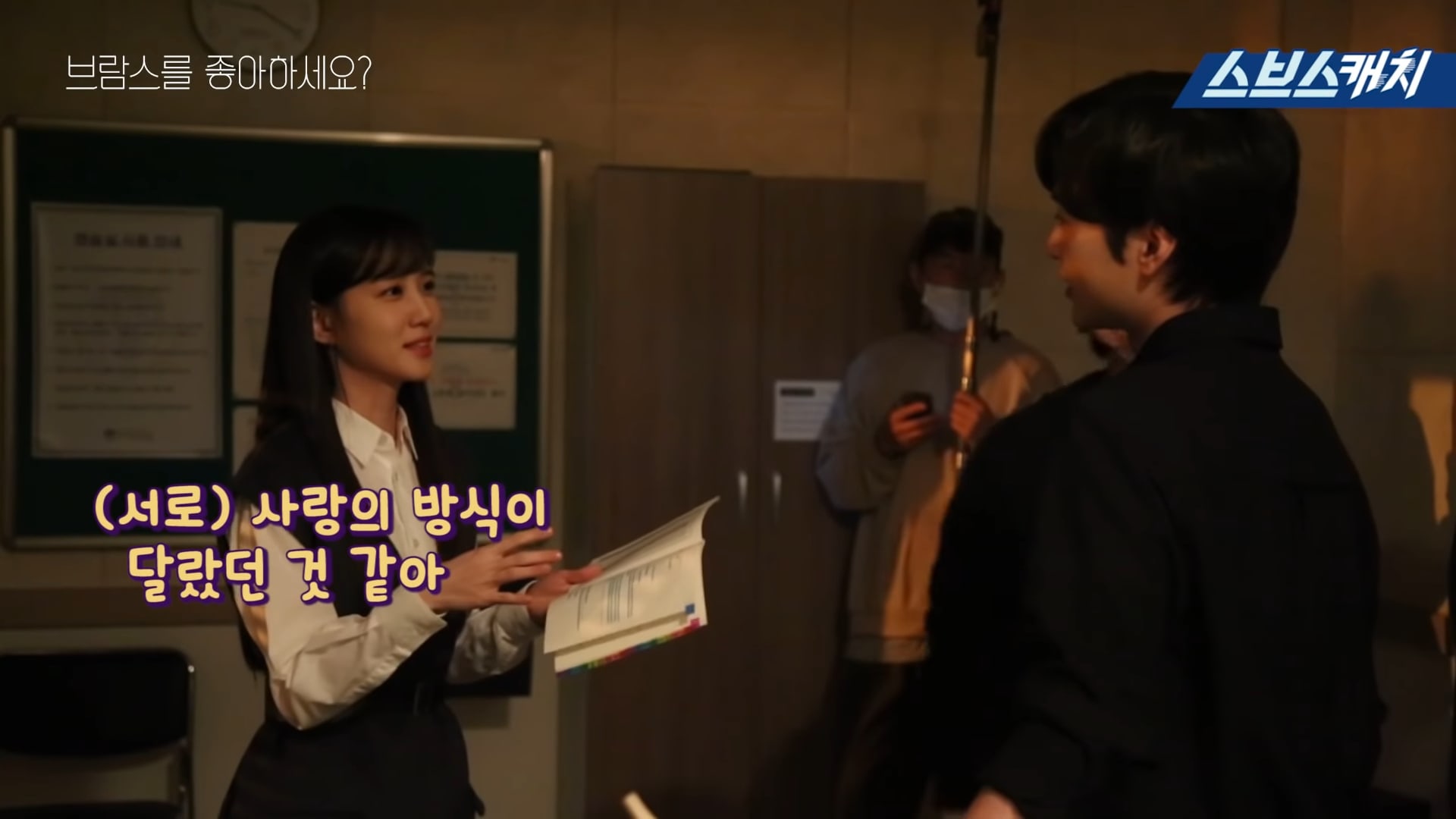 After successfully completing the difficult scene, Kim Min Jae plays a sorrowful melody on the piano as Park Eun Bin laughs, “That’s so sad.” The cameraman comments that Park Eun Bin seems to be quite cheerful, and Park Eun Bin is quick to explain that she is making up for the melancholic mood of her co-star. The cameraman continues his commentary, saying, “Song Ah must have been everything to Joon Young.” Park Eun Bin wittily replies, “Since he doesn’t have anything else,” which makes Kim Min Jae let out an exasperated sigh.

Park Eun Bin then comes to sit next to Kim Min Jae on the piano bench, and she plays songs at his request. Kim Min Jae smiles as he watches her play, but Park Eun Bin stops suddenly when she hits a wrong note. Kim Min Jae can’t shake his sad mood, so Park Eun Bin begins to play Beethoven’s “Moonlight Sonata.” Kim Min Jae teases her, asking, “Isn’t this too dark?” Park Eun Bin hits another wrong note and smiles as she says, “I messed up since I’m not Park Joon Young.” The video comes to an end as Park Eun Bin pats Kim Min Jae’s shoulders, telling him to cheer up.

“Do You Like Brahms?” airs every Monday and Tuesday at 10 p.m. KST.