Kim Min Jae Talks About Personally Playing Piano For “Do You Like Brahms?,” His Experience As An Idol Trainee, And More

Kim Min Jae recently worked with Esquire for a photo shoot and interview!

Currently, Kim Min Jae is starring in the drama “Do You Like Brahms?” as world-renowned pianist Park Joon Young. Although the drama tells a love story, it focuses particularly on the hopes, dreams, and subsequent hardships of classical music students in their twenties.

Kim Min Jae shared, “I am so thankful for the love the drama is receiving, but at the same time, it seems like there are that many more people who relate to [the hardships of] Song Ah and Joon Young so it’s upsetting. At first glance, the drama can appear a bit frustrating but I honestly think we’re all living like them to some extent. That’s the reason why I chose to appear in this project.”

In his role, Kim Min Jae personally plays the piano. He spoke about the difficulties of doing so, sharing, “Before we started filming, it was tight because I only had a month to prepare. But because the emotions are completely different if I’m personally playing, I worked really hard. However, the songs in the latter half are extremely difficult so I am preparing but I honestly don’t know what will happen. I do want to do it myself though because the expression is completely different.”

He spoke more in more detail about this difference, explaining, “The depth is completely different.” His character also wishes Park Ji Hyun‘s character Lee Jung Kyung a happy birthday every year by playing her Robert Schumann’s “Träumerei.” Kim Min Jae spoke about the emotions tied to this, saying, “‘Träumerei’ is different because it’s the song I’ve played the longest, as I’ve practiced it from the very beginning. When I’m playing, there are times where I think, ‘Wow, I am really focused on this project.'” 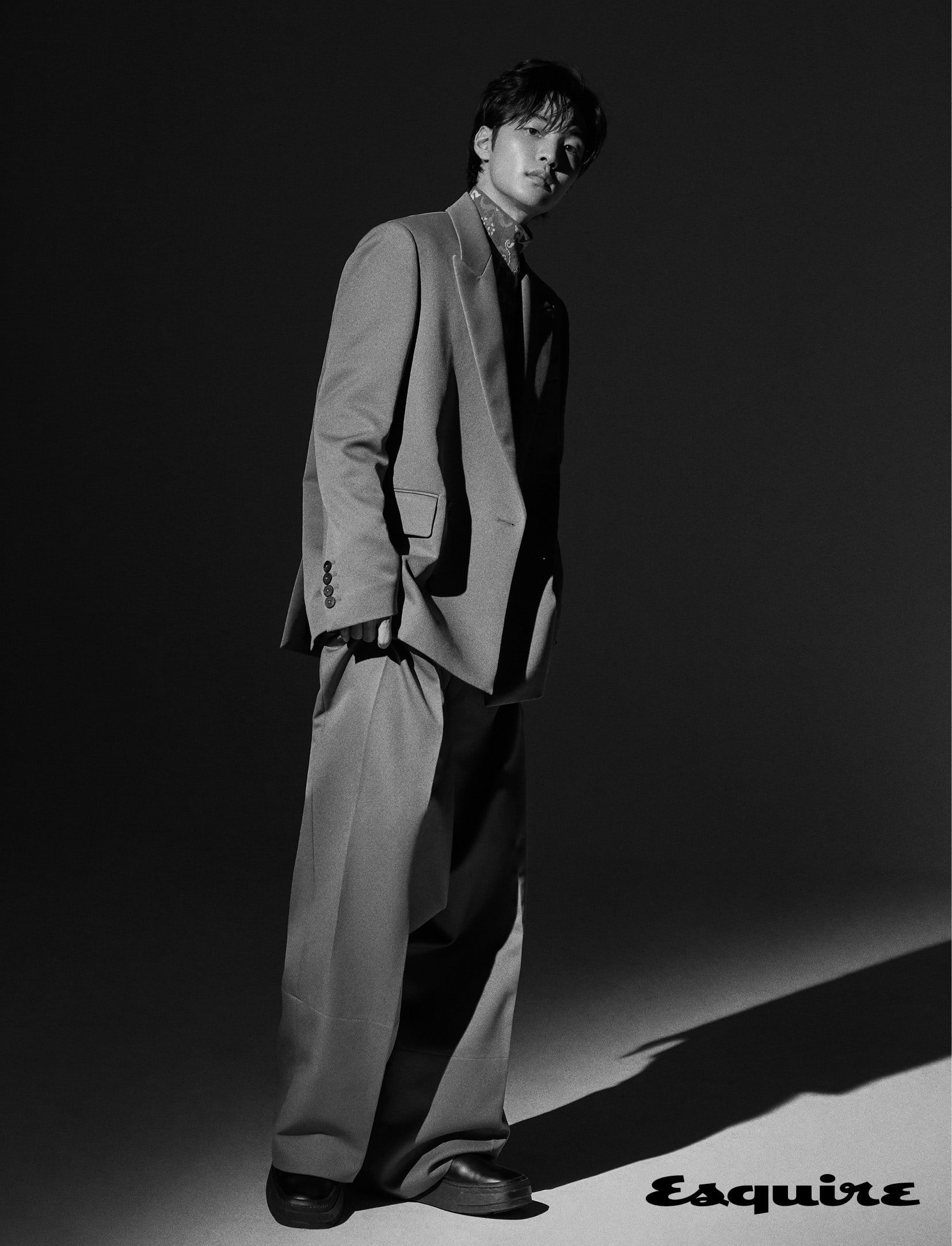 The 23-year-old actor also discussed the four years he spent training to become an idol. During that time, he lived in a single room semi-basement with six other people. Kim Min Jae shared, “I don’t know if every agency at the time was like that too, but we had an extremely hard time. Back then, I don’t think I complained once. I just worked hard because I wanted to do well. As time has passed, I think, ‘That was really the worst.’ I just think stuff like, ‘I didn’t have to live like that,’ and ‘It wasn’t good.'”

In KBS’s “The Best Hit,” Kim Min Jae plays Lee Ji Hoon, who has been an idol trainee for three years. When asked how he approached that role given his experience, Kim Min Jae responded, “There were definitely some aspects that I knew firsthand. In my situation, I didn’t quit because someone wouldn’t let me [debut], but there were a lot of things I endured throughout my four years of training. It was a time where I would experience failure and awful scenarios on a weekly basis.”

He continued, “Not just for Ji Hoon, but for any project, I think I try to originate the character from myself. I met Ji Hoon through myself and I met Joon Young through myself. Although I know [Ji Hoon’s] emotions, I honestly feel like I’ve experienced the type of emotions Joon Young feels too. I agreed to both projects because I felt their emotions and thought that I could express them well. One person does not just experience one emotion.” 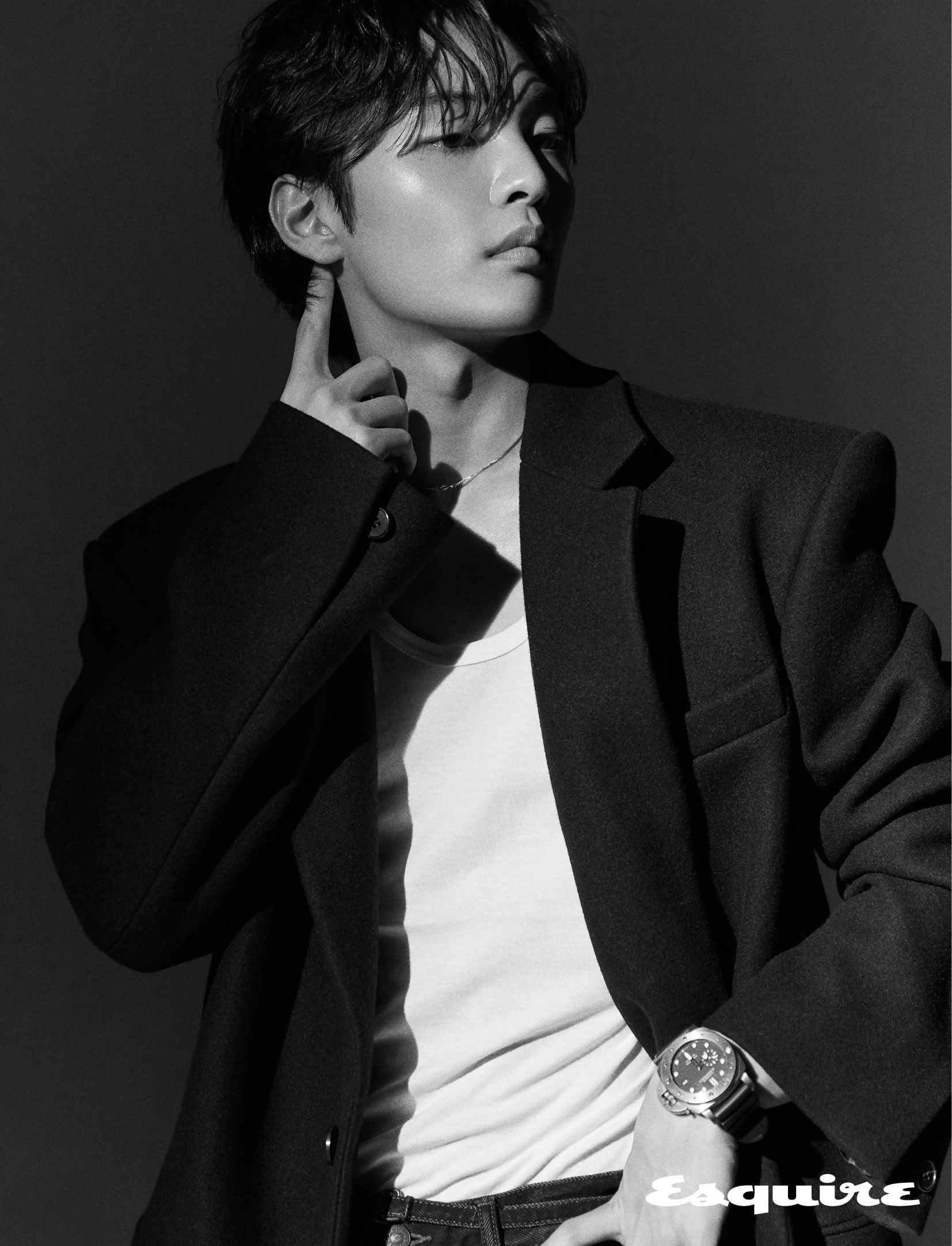 Kim Min Jae talked about what he puts most effort into these days, revealing, “Recently, I’ve been working on maintaining my mental health. I want to make my mind and body happy and maintain that. I think I had the toughest time when that wasn’t working out. When someone is depressed and they don’t feel good, they can’t experience happiness no matter what they do. I believe taking care of and maintaining this health is the root of all good work.”

Although he’s focusing on his acting career now, Kim Min Jae has discussed on numerous occasions his desire to venture further into music. He’s mentioned that if possible, he wants to do both, but cannot because he’s overwhelmed with his promotions as an actor.

When asked whether he still feels the same way, Kim Min Jae answered, “Yes, I think it’s the same. I really love music and dancing, but it’s hard to do other things when I’m filming. I also think there would be great synergy for actors to participate in the production of OSTs. I don’t know when it would happen but if I’m given the chance, I’m confident I’d be able to do well.”

Watch Kim Min Jae in “Do You Like Brahms?” with English subtitles below!

Esquire
Kim Min Jae
How does this article make you feel?