The newly revealed stills depict Seo Dal Mi and Nam Do San’s first encounter that began at the end of last week’s episode. Seo Dal Mi looks emotional to finally meet her “first love” Nam Do San, who has made a drastic fashion transformation. In the romantic moment, the two can’t take their eyes off of each other.

The scene is even more meaningful because Nam Do San decided to meet Seo Dal Mi on his own accord rather than because of someone’s request. Although Nam Do San wasn’t the intended audience for Seo Dal Mi’s letter, her pure words of gratitude also touched his heart. 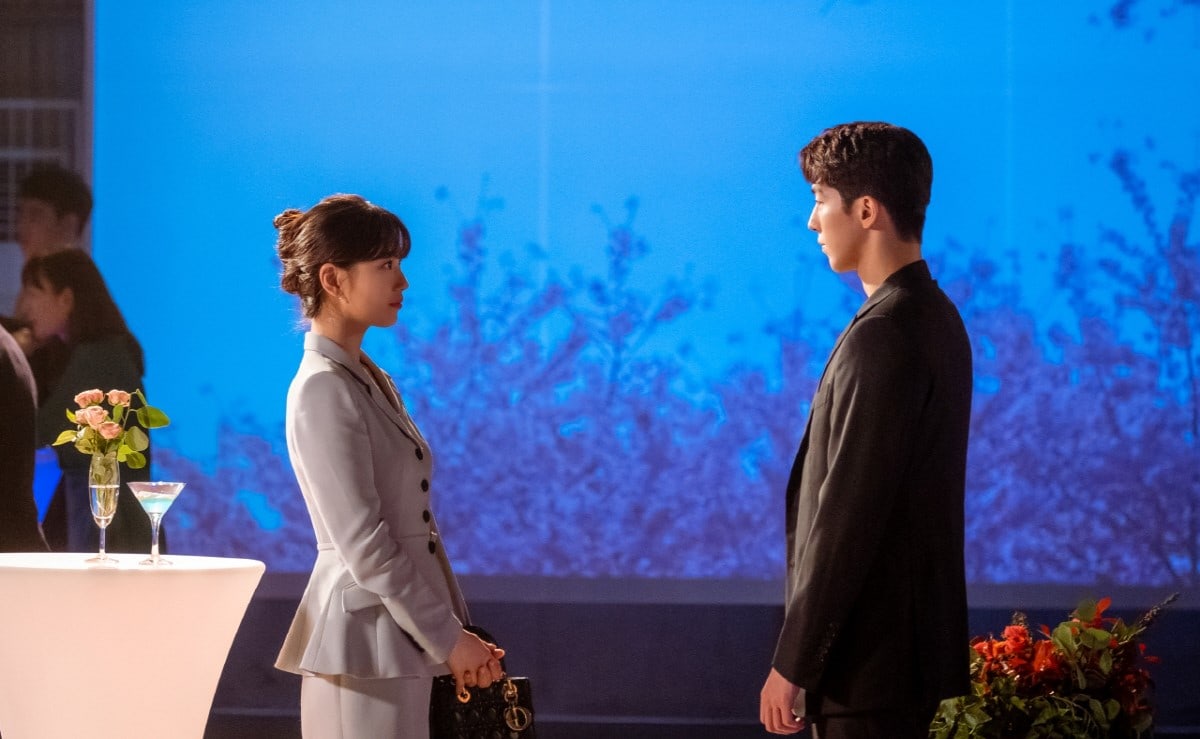 However, viewers are interested in seeing if Nam Do San, who has been single all his life, will be able to successfully pull off the transformation into Seo Dal Mi’s charming first love and meet her expectations. Furthermore, viewers are curious to find out whether Seo Dal Mi will discover the secret that it was actually her grandmother Choi Won Duk (Kim Hae Sook) and Han Ji Pyung (Kim Seon Ho) who wrote the letters.

The production team of “Start-Up” shared, “This day, Suzy and Nam Joo Hyuk were as beautiful as a work of art just by standing next to each other. They are actors who perfectly suit the word ‘youth.’ Through Seo Dal Mi and Nam Do San, viewers will be able to see the two actors’ refreshing and cute charms.”