Watch: Lee Dong Wook And Jo Bo Ah Get Viewers Excited For This Week’s “Tale Of The Nine-Tailed” In Another Self-Made Teaser

“Tale of the Nine-Tailed” has released new preview stills, and Lee Dong Wook and Jo Bo Ah have produced a funny teaser this week as well!

“Tale of the Nine-Tailed” tells the story of a male gumiho (a mythical nine-tailed fox) named Lee Yeon (Lee Dong Wook) who has settled in the city and the fearless producing director named Nam Ji Ah (Jo Bo Ah) who is trying to find out the truth behind the disappearance of her parents.

One set of stills show Nam Ji Ah nursing Lee Yeon, whose body is full of wounds. He squirms from the pain as she treats his wounds, and she looks at him with worry. Unable to sit up, Lee Yeon rests his head on her shoulder. Later, Lee Yeon wakes up to see that Nam Ji Ah has fallen asleep near the bed, and he carefully caresses her hair. 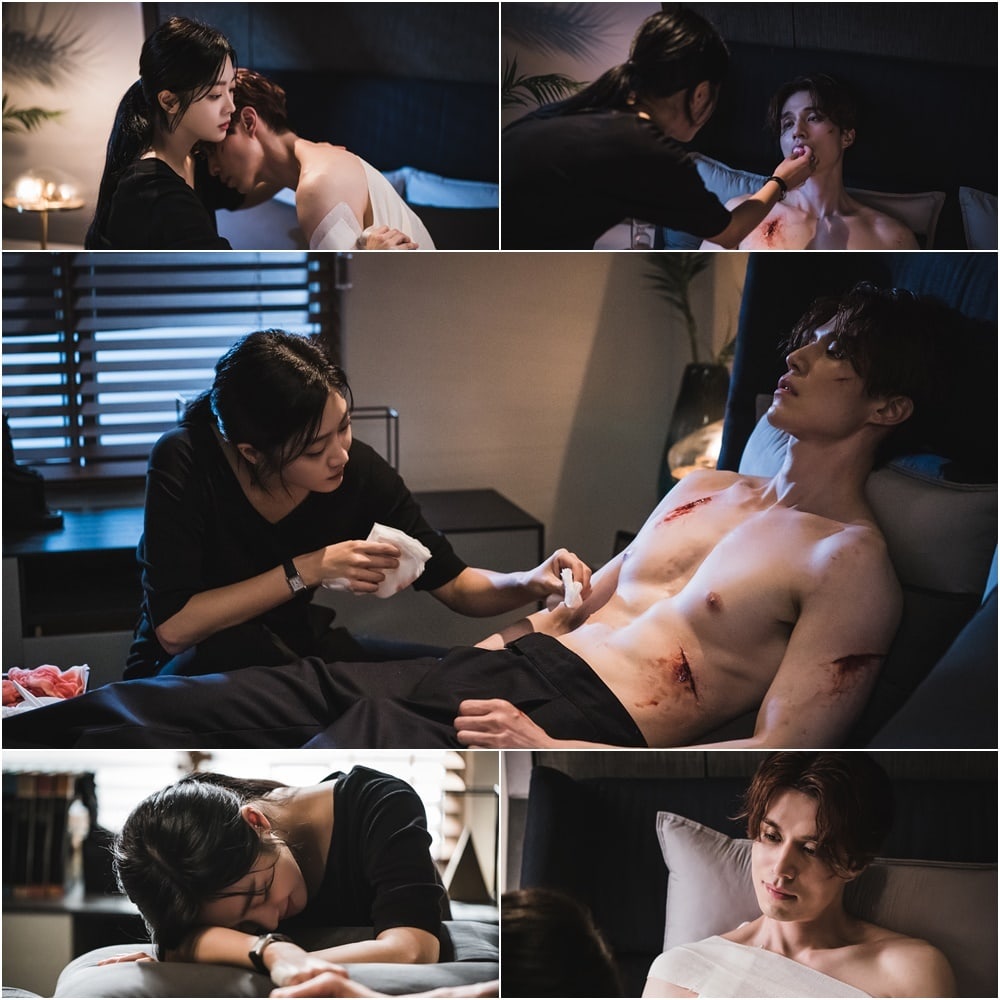 While Lee Dong Wook and Jo Bo Ah shot the scene in July, they monitored their acting together and discussed how they could improve it. Concerned that the makeup on Lee Dong Wook’s body would come off due to the humid weather, Jo Bo Ah held up a fan for him and impressed the staff on set with her considerate manners.

Other stills show shots of Lee Yeon and his first love Ah Eum (Jo Bo Ah) in the past.

In the photos, Lee Yeon is the guardian spirit of the Baekdudaegan Mountain Range, and he is practicing archery with the human Ah Eum. He sweetly helps her out after watching over her. In contrast with Lee Yeon’s soft gaze, Ah Eum’s gaze shows serious determination. Where her arrow is headed and what her true identity is are questions that remain to be answered. 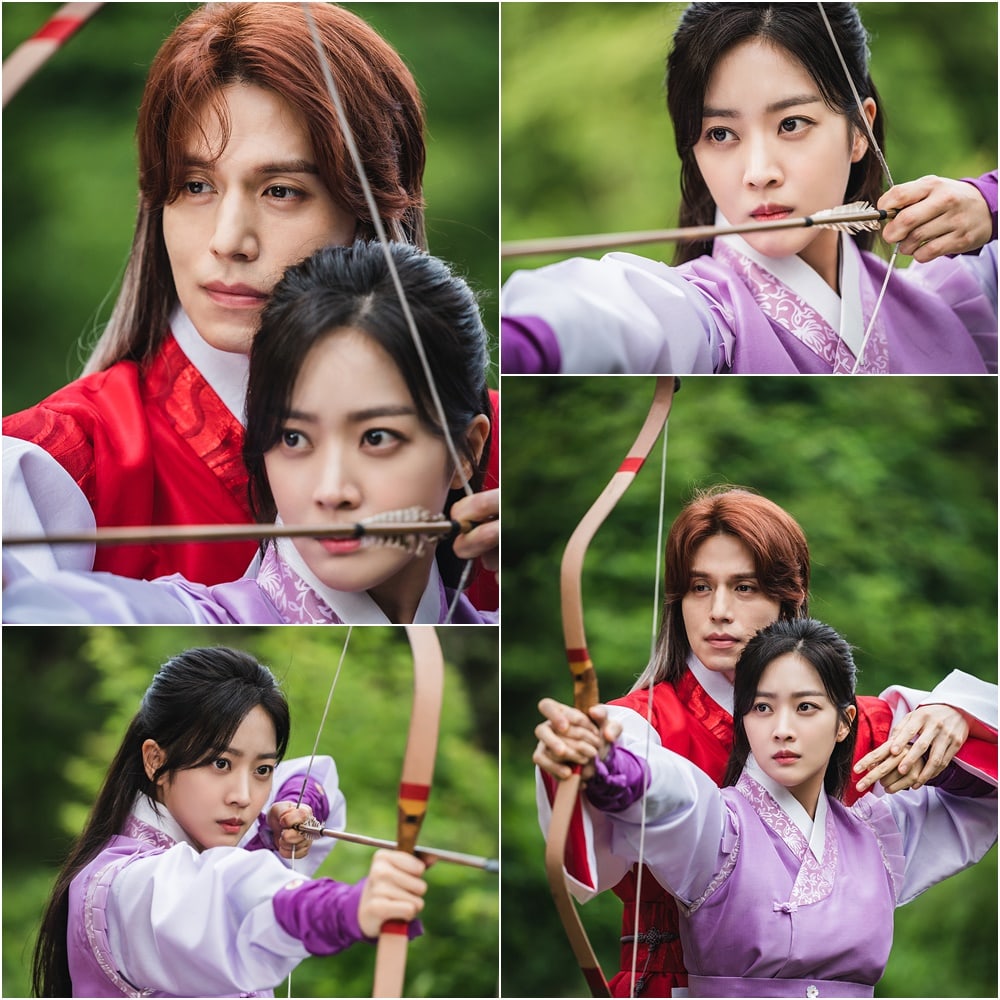 This scene of the pair was filmed in June. Lee Dong Wook and Jo Bo Ah learned the correct posture for archery for this scene, and they continued to practice under the guidance of a professional right until the cameras started rolling. Both actors were praised by the staff for their exceptional postures, and feeling proud, they took photos of themselves doing the archery pose.

Regarding this scene, the production team said, “This scene of Lee Yeon and Ah Eum’s lives in the Baekdudaegan Mountain Range that Lee Dong Wook and Jo Bo Ah have portrayed has sparked many theories even though it was only shared very recently. Clues about Lee Yeon’s dignity as a mountain spirit and the mysterious Ah Eum will be revealed through this scene.”

In it, Lee Dong Wook turns around after Jo Bo Ah taps him on the shoulder, only to have Jo Bo Ah bring a sword to his neck. She says, “Oppa,” and he responds, “Huh? Where’d you get this sword? It’s mine!” She then tells him, “Oppa, are you going to watch episodes 5 and 6 or not? You said you were waiting for me too. There aren’t any scary scenes this week!” Lee Dong Wook gives in and replies, “Okay, I’ll watch it! Wednesday and Thursday nights at 10:30 on tvN, ‘Tale of the Nine-Tailed,'” as Jo Bo Ah turns to face the camera and cheerfully say, “Watch it live!”

The caption on the post adds, “We’ll be back next week if there’s a good reaction. Show us lots of interest. There won’t be any scary scenes this week,” and reassures that they filmed safely with a fake sword.