3 Reasons To Look Forward To The Premiere Of “The Penthouse”

Set in a luxury penthouse apartment with 100 floors, the drama centers around the conflict involving three women: Shim Soo Ryeon (Lee Ji Ah), born into wealth and the “queen” of the penthouse; Cheon Seo Jin (Kim So Yeon), the rich and arrogant “prima donna” of the penthouse; and Oh Yoon Hee (Eugene), who was born poor but strives to enter high society in order to ensure a better life for her daughter.

Here are three reasons to catch the premiere of “The Penthouse”!

A story centered around women

“The Penthouse” deals with how far Shim Soo Ryeon, Cheon Seo Jin, and Oh Yoon Hee will go in order to dominate the fields of real estate and education for their children. Shim Soo Ryeon is someone who makes the other residents jealous of her beauty and elegance, but she’s actually looking for revenge against those who have ruined her child’s life.

Meanwhile, Cheon Seo Jin was named Korea’s best soprano since her school days, and now she’ll do anything to get what she wants in life. On the other hand, Oh Yoon Hee has been living each day tirelessly to make her daughter happy, but she’s beginning to realize her desires to enter high society.

Although these three women come from completely different walks of life, they would all agree that they’d do anything for their children. Viewers can look forward to their individual stories about motherhood and greed. 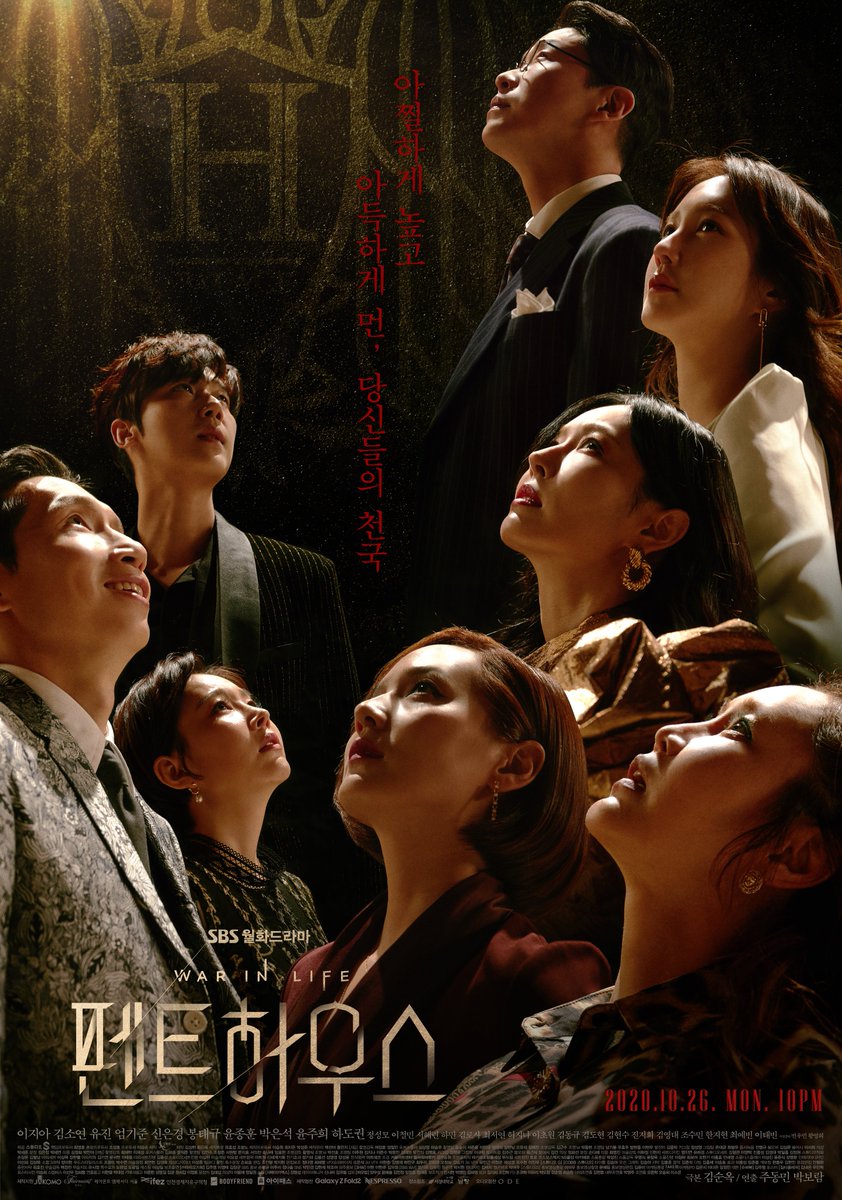 The previous teasers gave a glimpse of the revenge that will ensue in the drama. A girl falls into the penthouse fountain, Shim Soo Ryeon is seen shaking with fear, and Cheon Seo Jin gives someone an unsettling warning. Meanwhile, Joo Dan Tae (Uhm Ki Joon) proposes a toast in front of the residents, and viewers can already get a sense of the vanity and greed of the upper class.

The penthouse residents will be swept up in a mysterious incident, creating suspense as they begin plotting their revenge.

Great teamwork between writer and director

The drama’s production team commented, “Writer Kim Soon Ok’s strong and appealing script, director Joo Dong Min’s work that viewers can’t take their eyes off of, and the skills of the impressive cast have formed a perfect triangle that will bring a new kind of entertainment to viewers. Please look forward to ‘The Penthouse,’ which will tell an exciting, never-before-seen story.”

“The Penthouse” premieres on October 26 at 10 p.m. KST and will be available on Viki.

Eugene
Kim So Yeon
Lee Ji Ah
Uhm Ki Joon
The Penthouse
How does this article make you feel?