JTBC has shared a new look at Ong Seong Wu and Shin Ye Eun in “More Than Friends”!

The drama is about two close friends who both fall in unrequited love with each other over the course of 10 years. Shin Ye Eun stars as Kyung Woo Yeon, a calligrapher who finally decides to give up on her one-sided love for her guy friend after a decade of pining. Ong Seong Wu plays photographer Lee Soo, the longtime object of Kyung Woo Yeon’s affection, who suddenly starts seeing her in a different light after years of friendship. ZE:A’s Kim Dong Jun takes on the role of On Jun Soo, the handsome and charming rival for Kyung Woo Yeon’s heart.

In the previous episodes, Lee Soo realized his love for Kyung Woo Yeon. While he was on his way to confess his feelings to her, Lee Soo got into a car accident. Meanwhile, Kyung Woo Yeon left to meet Lee Soo, but the timing didn’t work out. Feeling hurt, Kyung Woo Yeon eventually turned to On Jun Soo, who had waited for her and gave her a hug, while Lee Soo painfully looked on at the two.

In newly released stills, Lee Soo, who has just recognized his feelings for Kyung Woo Yeon, gazes at her although she’s been opening up to someone else. Kyung Woo Yeon seems to have changed up her appearance, wearing earrings that she used to dislike and styling her hair differently. 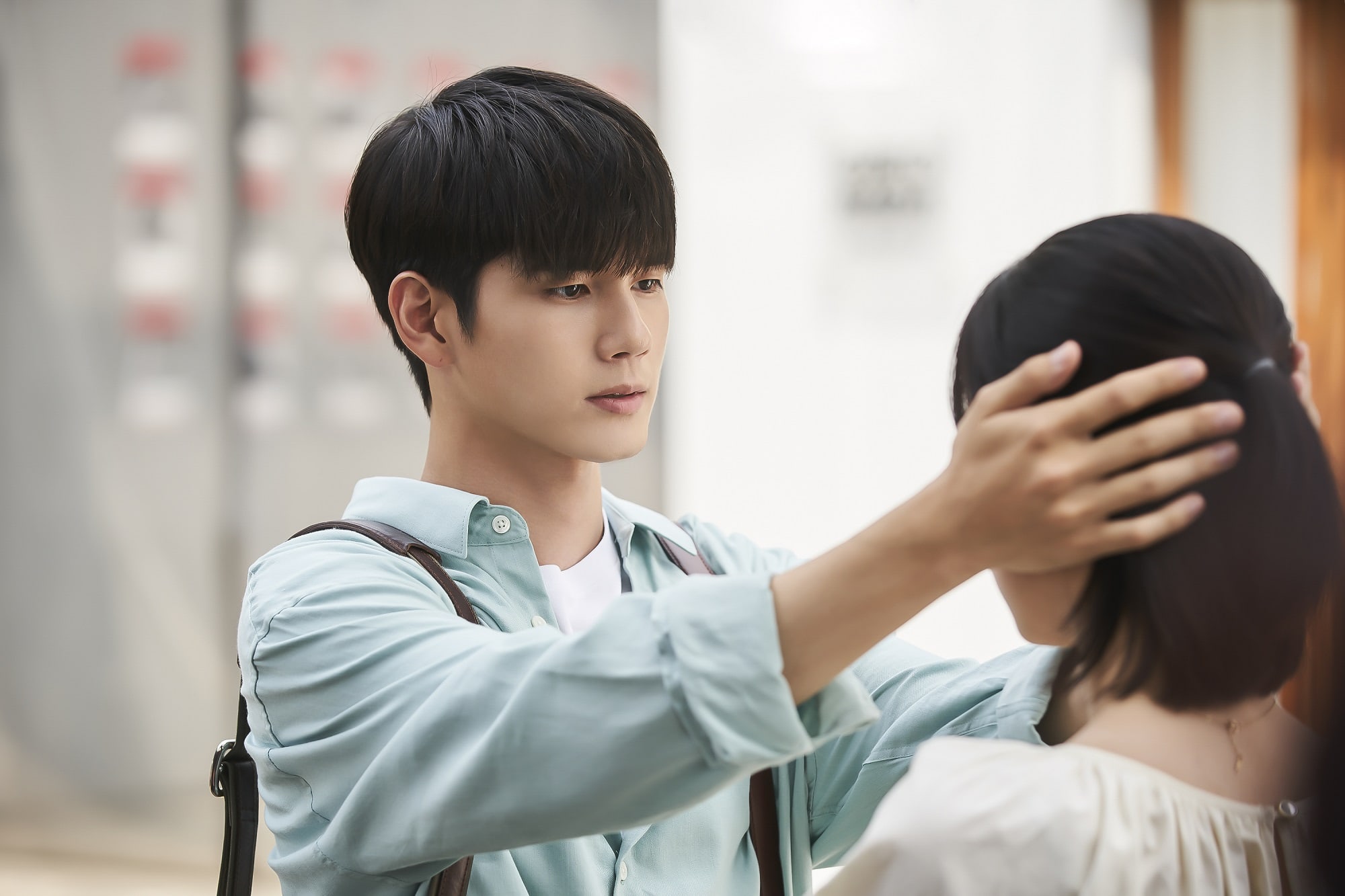 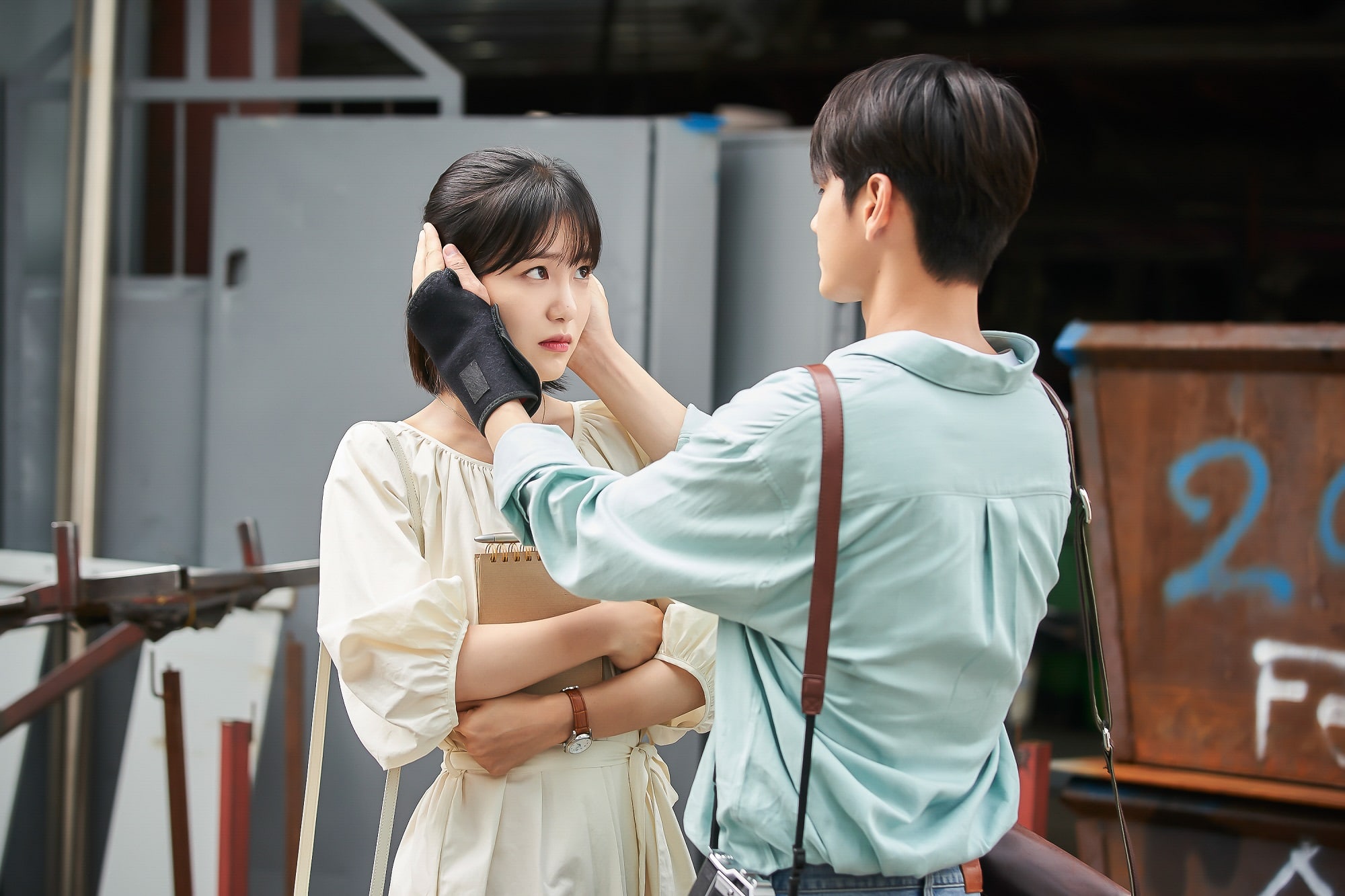 Lee Soo still sticks by Kyung Woo Yeon’s side, and he appears to help take care of Kyung Woo Yeon’s heel, clearly showing his changing feelings toward her. He also puts his hands over her ears so she isn’t frightened by the loud noises in the background. However, Kyung Woo Yeon doesn’t notice that Lee Soo likes her, and viewers are curious whether the two can get on the same page. 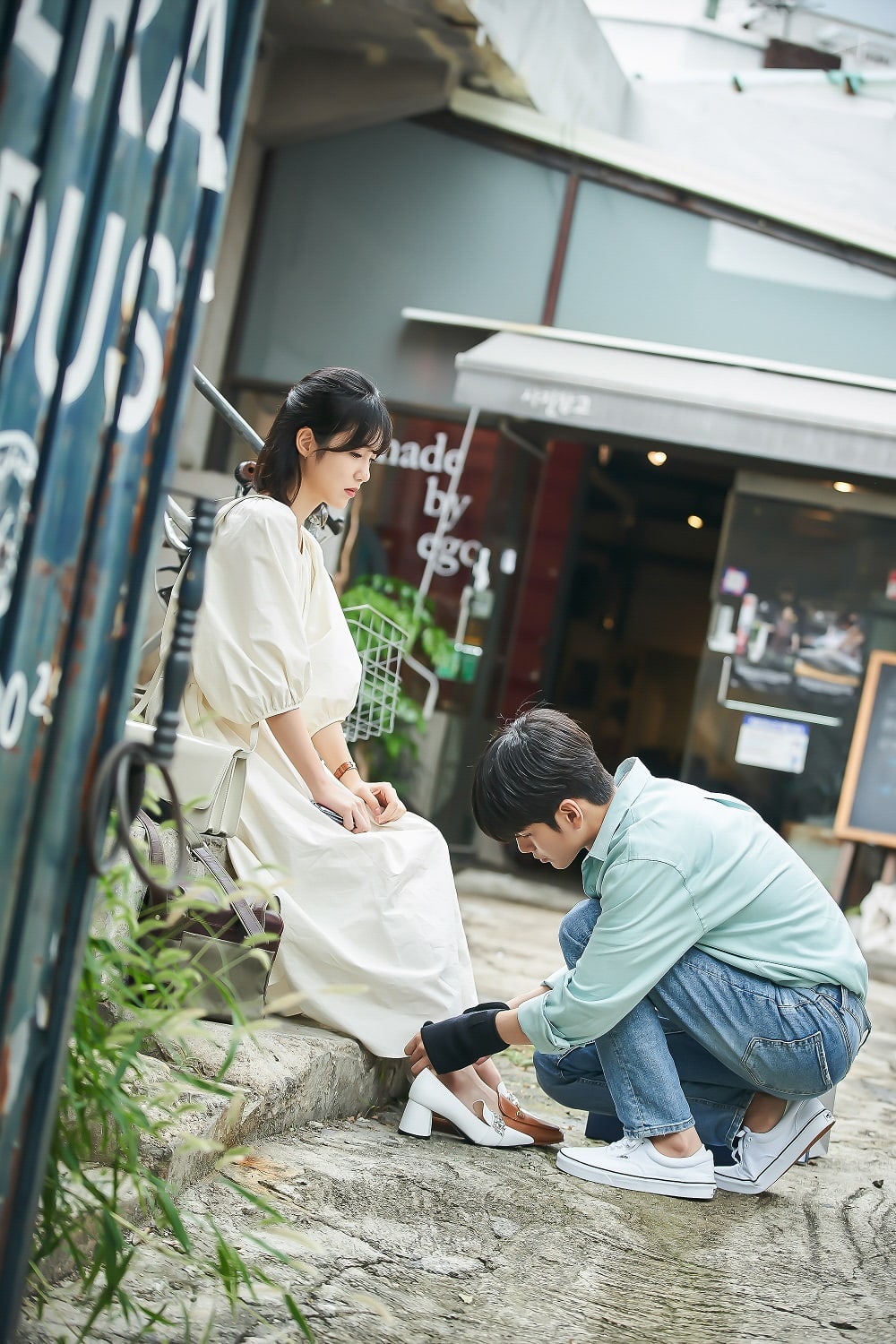 The drama’s production team commented, “In the seventh and eighth episodes, Lee Soo, who has completely given his heart to Kyung Woo Yeon, will be transforming. As Lee Soo regrets his past, he’ll be creating heart-fluttering moments that are different from those in other romances.”