In the 10th episode of the drama, Gong Ju Young, Wang Ja Rim, and their friends go on a trip to Kim Byung Hoon’s (Ko Chan Bin‘s) grandfather’s house in the countryside. It’s the pair’s first trip after becoming a couple, so they appear at the train station in matching blue shirts and make their friends stare. Wang Ja Rim’s usual cold expression turns into a smile from Gong Ju Young’s cute pranks, and she even gets him a gift.

New stills show Wang Ja Rim nudging Gong Ju Young on the shoulder and looking worried. They are closer than they’ve ever been, and it appears that they may even have their first kiss. 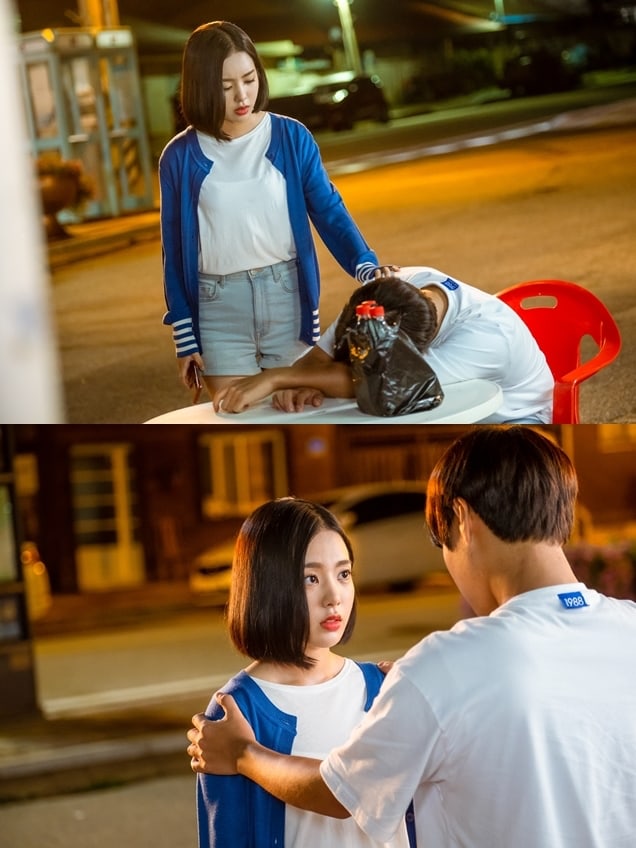 The show’s producers shared, “In episode 10, new love birds Gong Ju Young and Wang Ja Rim will be faced not only with heart-fluttering, romantic moments, but also comical incidents that will make viewers laugh. In addition to the couple’s scenes, funny stories involving the other friends who join them on the trip will unfold as well.”

New “Love Revolution” episodes are released every Thursday and Sunday at 5 p.m. KST.

Catch up with “Love Revolution” below!