Actress Seo Ji Hye shared a glimpse of her daily life on the October 23 episode of MBC’s “Home Alone” (“I Live Alone”)!

Seo Ji Hye has been living on her own for seven years, and she revealed her home’s minimalistic and clean style on the show. 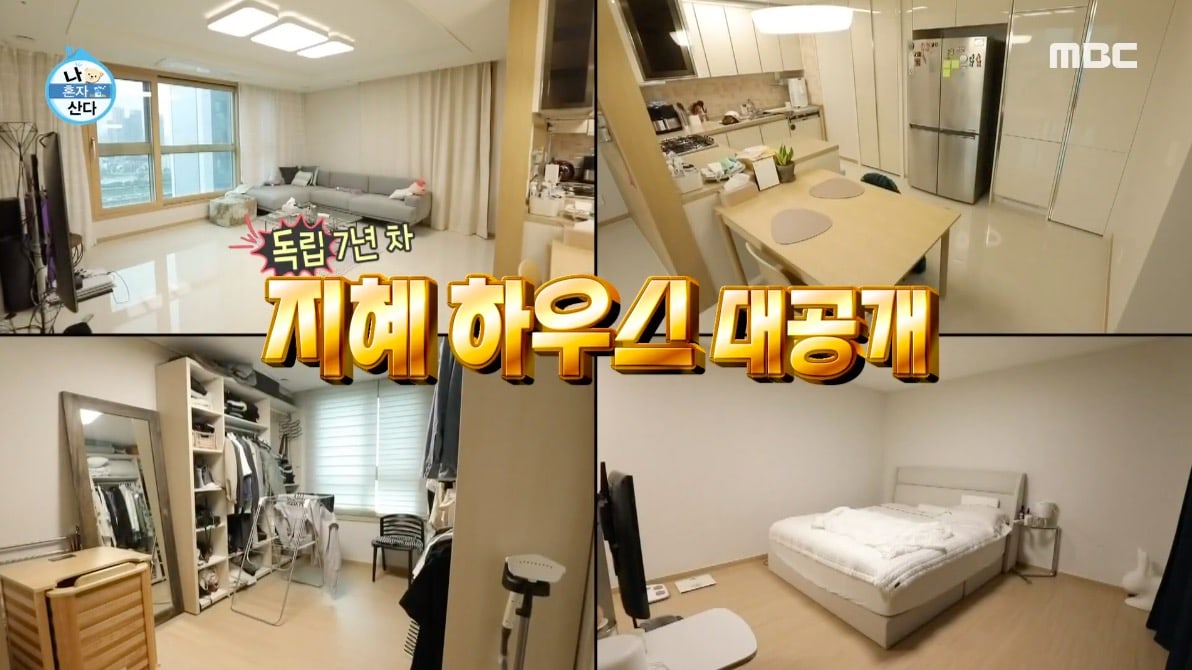 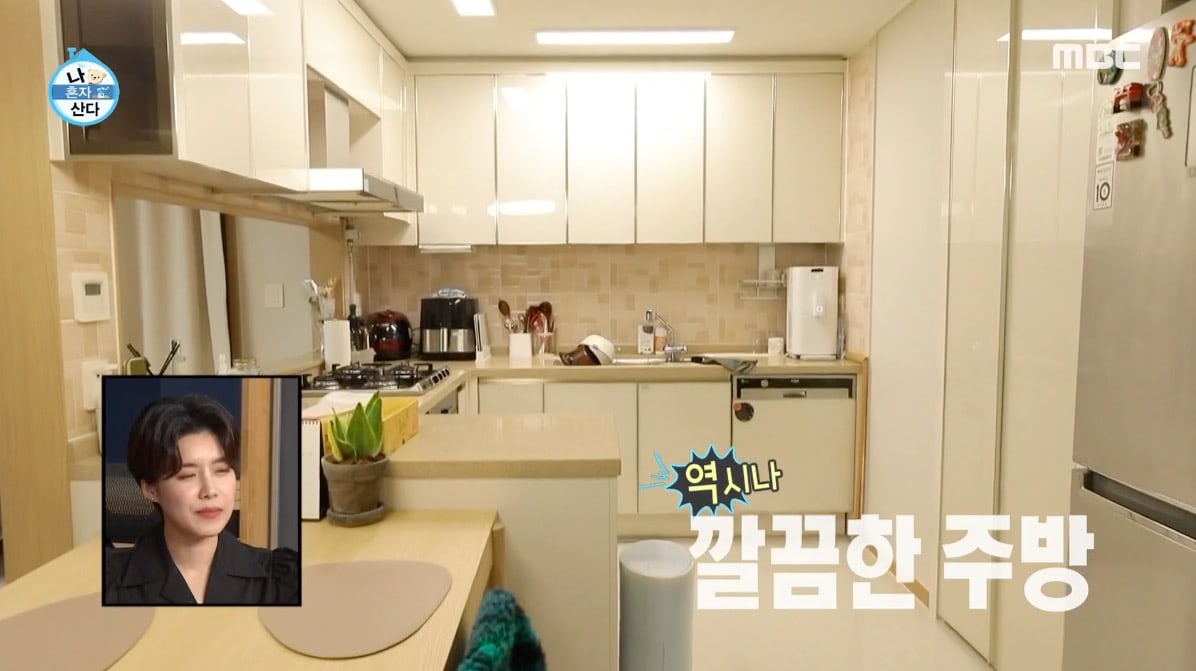 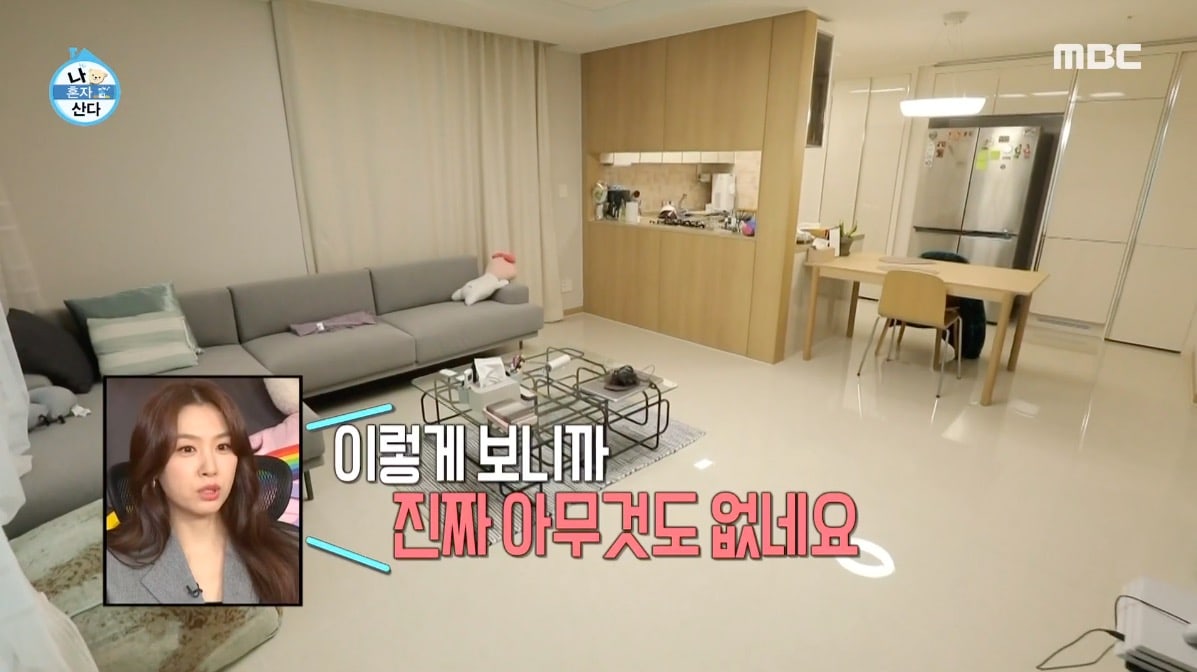 She shared, “I had a romantic idea about living alone. At the time, I had a vague thought that I’d get married in three to five years if I left home to live on my own. I told my parents that if I didn’t do it now, I might not be able to live on my own. I managed to get permission and I started living independently.”

“I always like things to be clean,” she said. “I live a minimalistic life, I only keep the things I need.” 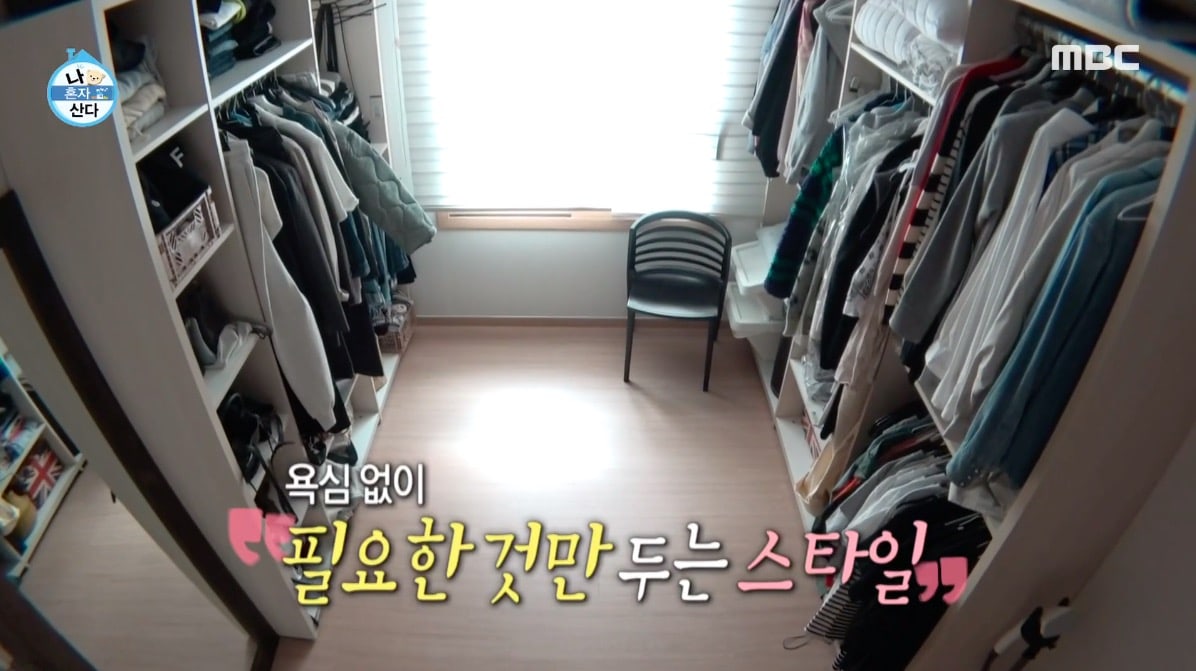 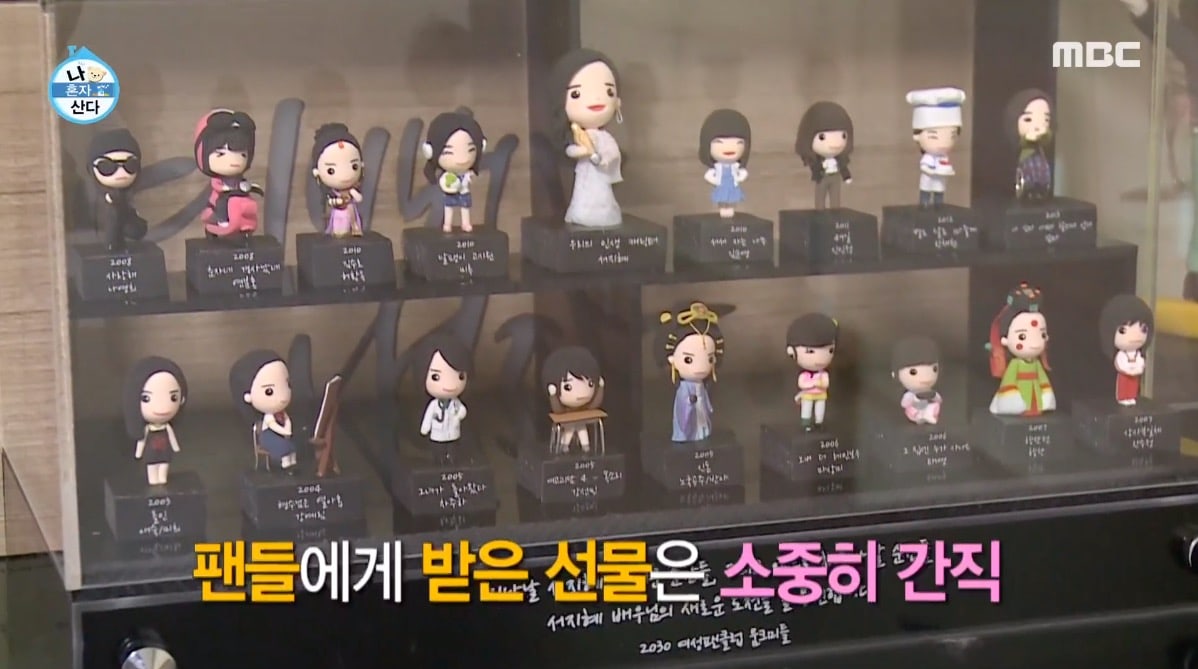 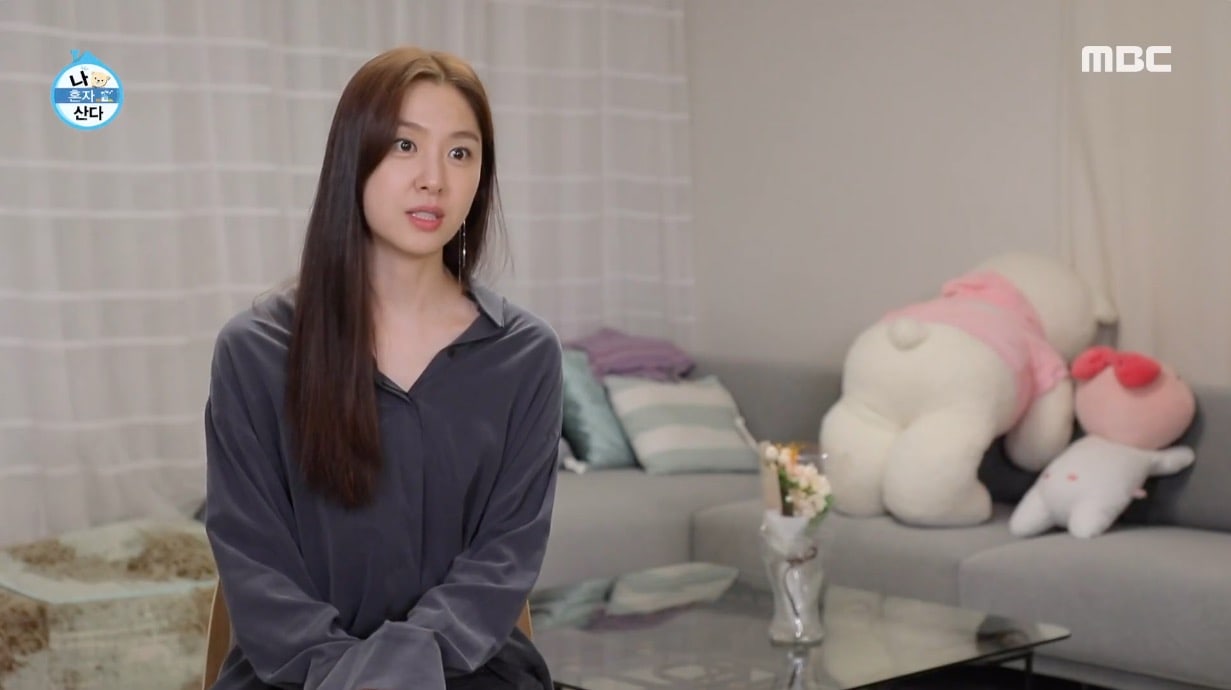 When she woke up in the morning, she got on a scale and checked her weight, explaining that she does it by habit. Since she was bloated, she laid out her yoga mat and did some exercises. The cast in the studio were surprised by her intense workout, since they’d expected she’d be doing some light yoga instead. 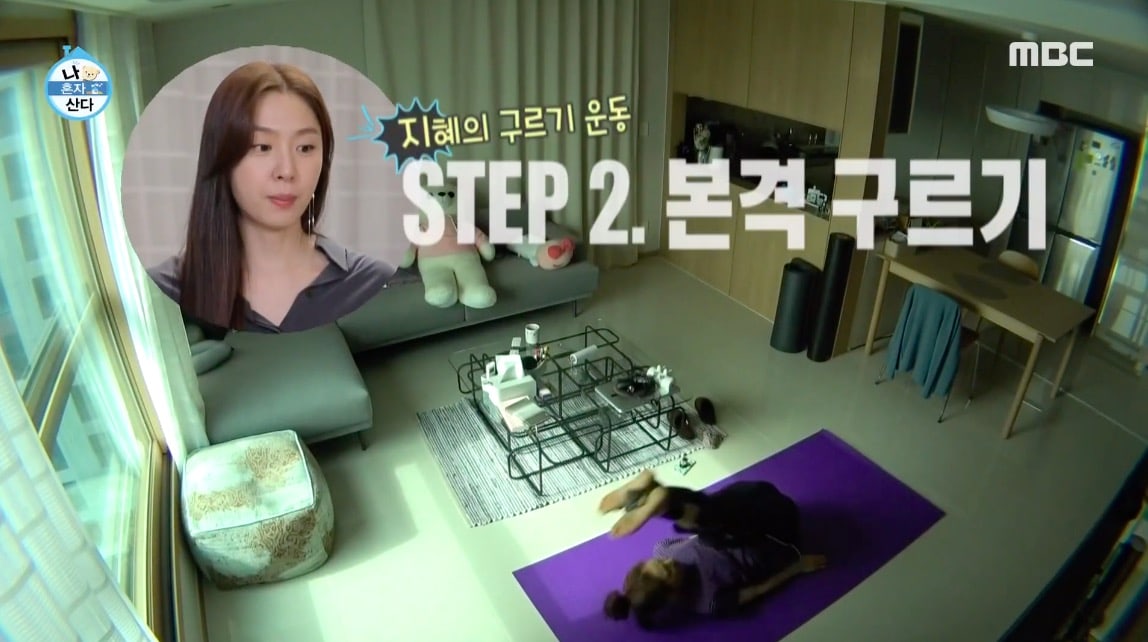 Seo Ji Hye then massaged her scalp with a thermotherapy device and washed up. Her battle with her puffiness continued as she put a face mask on immediately after getting out of the shower. 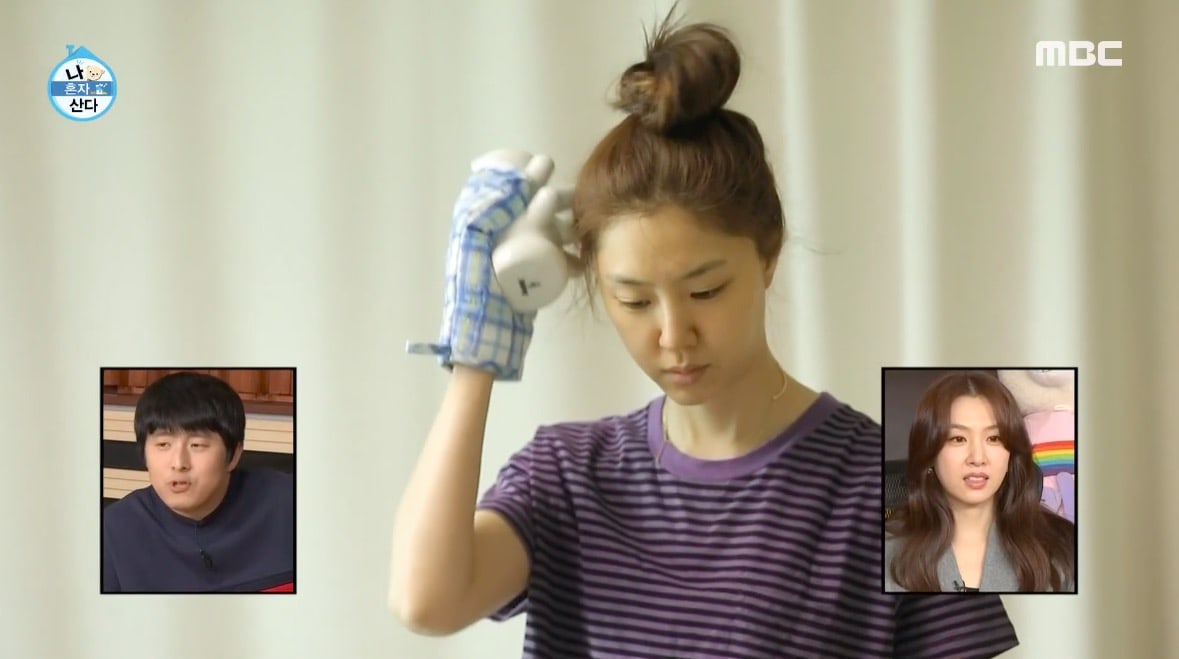 She then prepared a meal, calling her friend Shim Ji Yoo over to eat together. To determine who’d be doing the dishes, Seo Ji Hye and Shim Ji Woo played a dance competition game, and in the end Seo Ji Hye won.

After Shim Ji Yoo left, Seo Ji Hye put on a hat and went out for a walk. She explained that she started going for walks because it improves her mood when she’s feeling down. 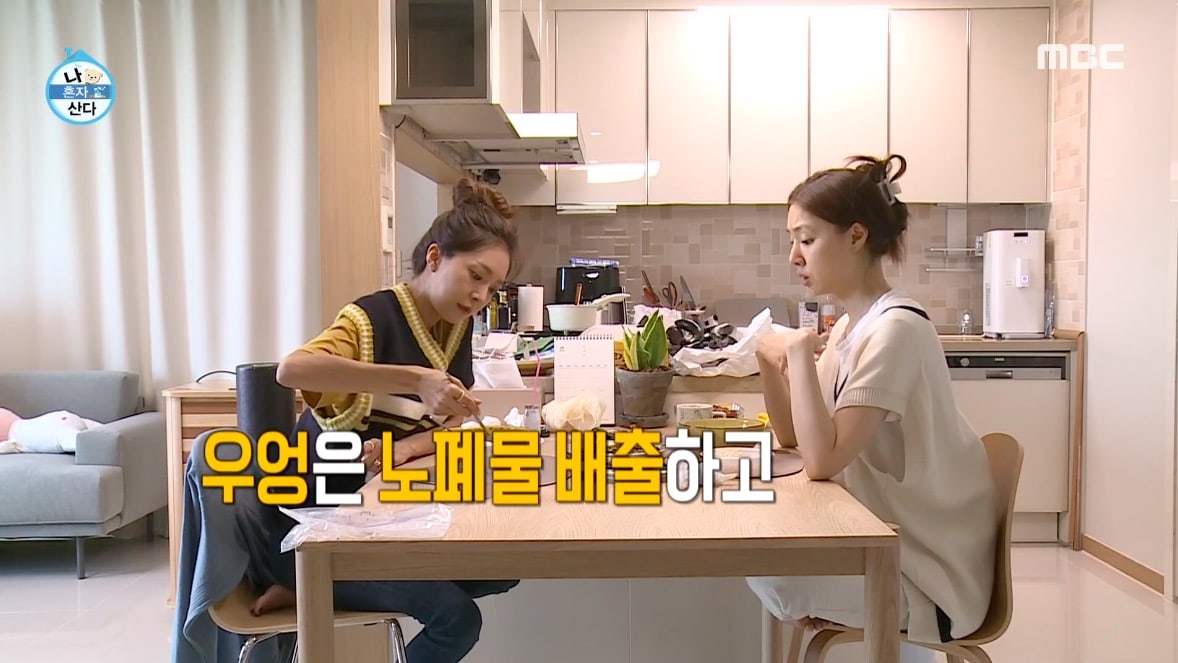 She stopped by a few convenience stories and picked up the beer she wanted before returning home. She then put on makeup and a dress as though she had an important date to go to, and she explained that she was meeting with some childhood friends.

Seo Ji Hye put beer and snacks on her dining table and sat down for a group video chat. It turned out that she was meeting with her friends virtually due to the COVID-19 pandemic. She had fun chatting with them, and when the call was over she spent quiet time alone again. 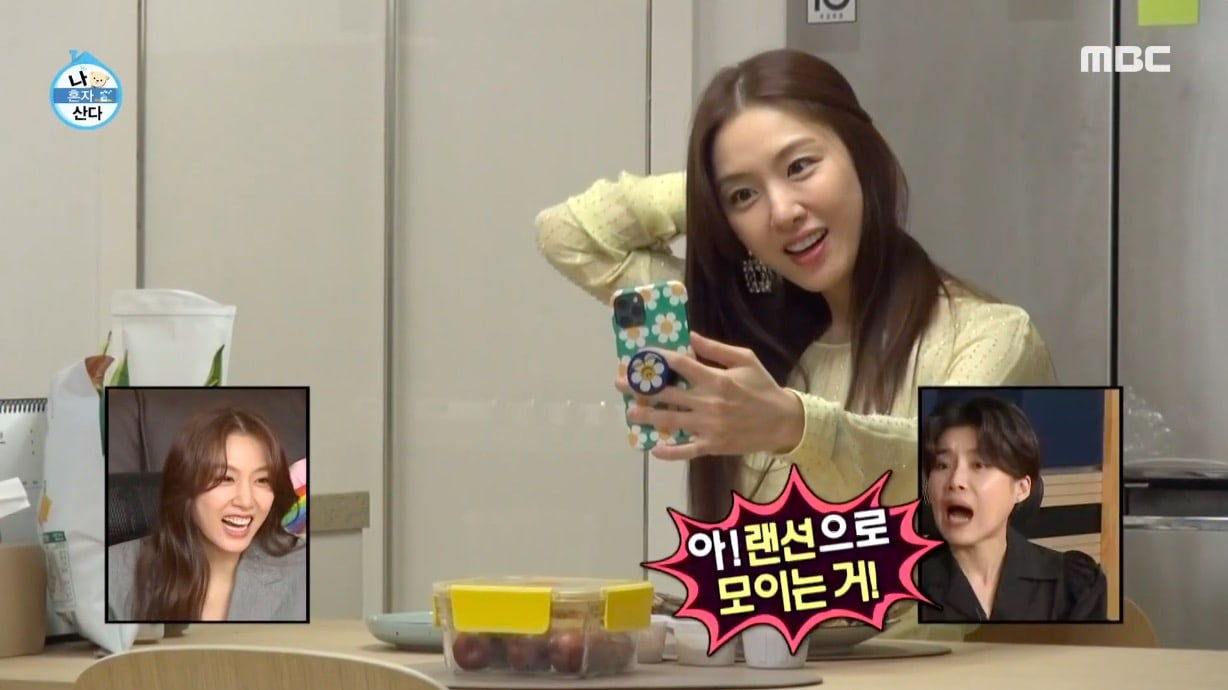 Seo Ji Hye explained that she’s now used to being on her own and doesn’t feel lonely very often, but she was feeling a bit lonely after ending the call with her friends as they’d been in such good spirits. She said about living on her own, “It’s time where I can focus on myself.”

Watch Seo Ji Hye in the drama “Heart Surgeons” below!

Seo Ji Hye
Home Alone
How does this article make you feel?