After receiving a slew of hateful messages from one Instagram user, Super Junior’s Kim Heechul fired back by exposing the individual online.

On October 24, Heechul shared a screenshot of vicious direct messages (DMs) he had received from someone who was apparently displeased with his latest Instagram post. In a profanity-laced series of DMs, the hater attacked Heechul for uploading two posts of himself grilling Korean beef (which is more expensive than imported beef) four days apart.

Swearing and asking if Heechul was showing off how wealthy he was, the individual repeatedly told Heechul to kill himself, adding, “Without your face, what are you even good at?”

In his post, which revealed the hater’s Instagram handle, Heechul succinctly responded, “I won’t be killing myself.” 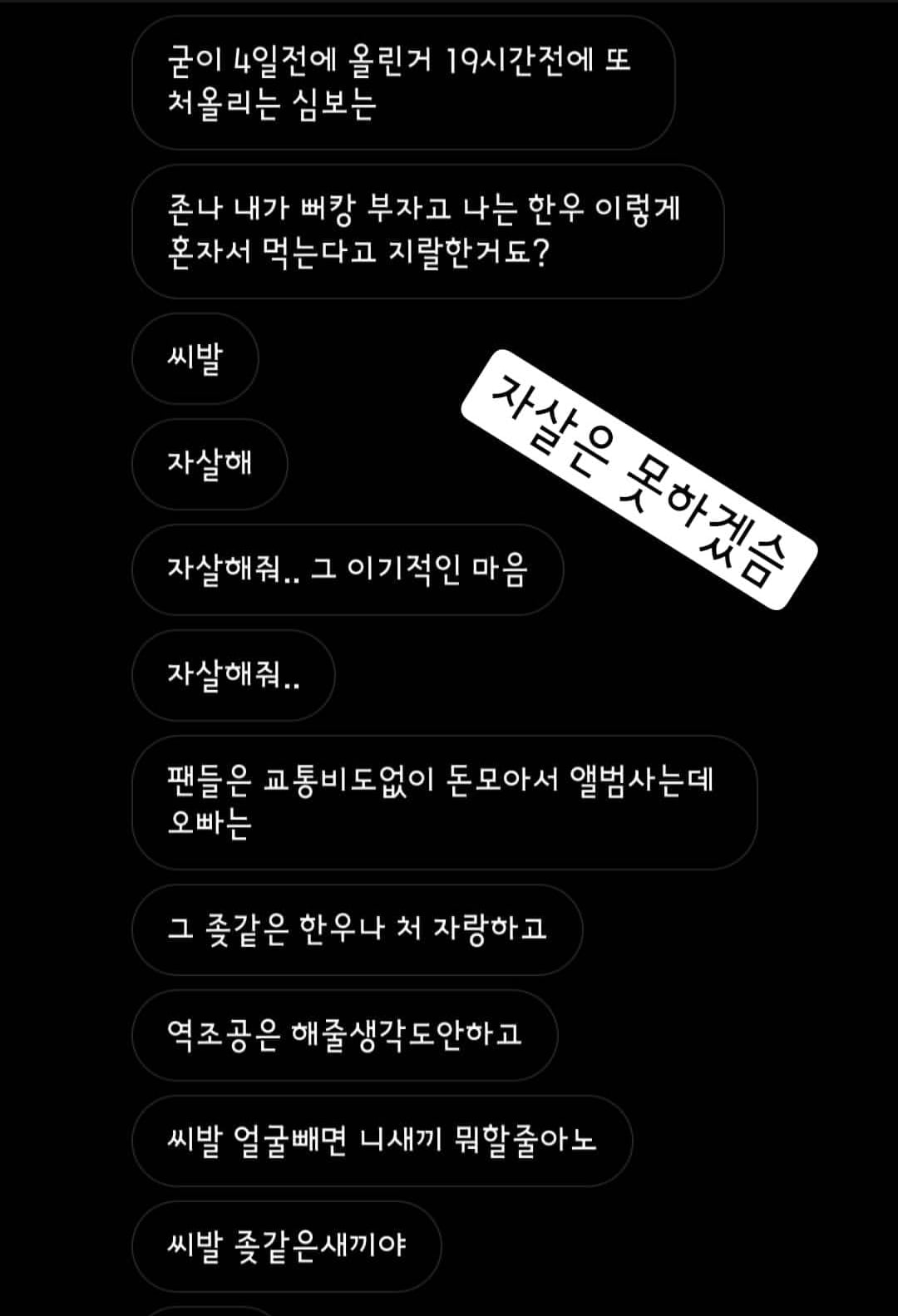 Heechul has previously expressed his determination to fight back against hate comments, and earlier this year, he shared an update on his legal battle against malicious commenters.

Watch Heechul in his talk show “7.7 Billion in Love” below!