SBS’s “Alice” has shared a glimpse of the upcoming grand finale!

“Alice” is about a detective named Park Jin Gyeom (Joo Won) who gets involved in the world of time travel when he searches for the truth behind his mother’s murder and encounters a genius physicist named Yoon Tae Yi (Kim Hee Sun) who looks exactly like her.

In newly released stills, Park Jin Gyeom clutches onto Yoon Tae Yi, who is bleeding profusely. Just like his mother Park Sun Young (Kim Hee Sun) did in 2010, Yoon Tae Yi chose to die in order to save Park Jin Gyeom. The older version of Park Jin Gyeom points a gun at him, and viewers are keen to find out if he will be able to change his fate or not. 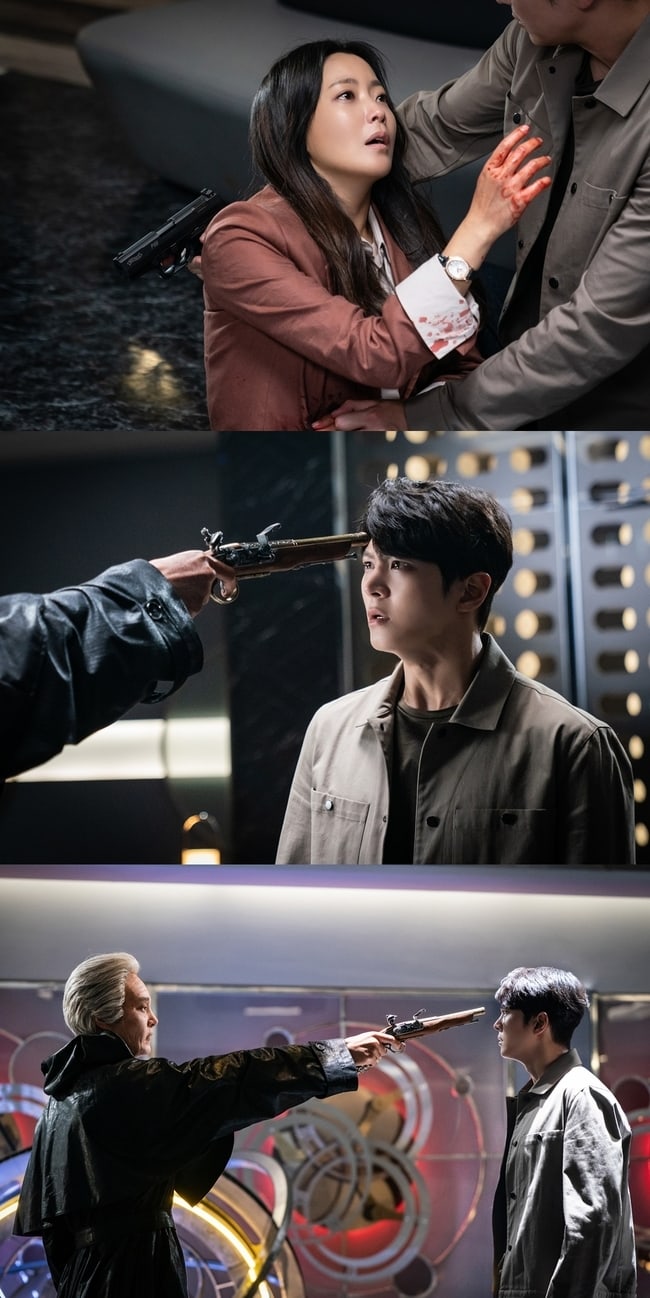 In the second set of stills, Park Jin Gyeom and Yoon Tae Yi fatefully come across each other. Park Jin Gyeom seems different than usual, and he looks at Yoon Tae Yi with dull, uninterested eyes. On the other hand, Yoon Tae Yi stares at him with wide eyes of sadness and surprise. She looks like she may start tearing up at their reunion, but he isn’t experiencing the same rollercoaster of emotions as her.

The production team of “Alice” said, “The final episode will air today, and things will be unpredictable until the end. As they have done for the past 15 episodes, Joo Won and Kim Hee Sun will boost viewers’ immersion with their passionate acting and unending energy. We’d like to thank the actors for doing their best all this time. Please watch until the end to find out how Park Jin Gyeom and Yoon Tae Yi’s story will end.”