Jeonghan has shared his picks for the three best-looking members of SEVENTEEN!

On the October 24 episode of JTBC’s “Ask Us Anything,” SEVENTEEN made their highly-anticipated return to the show as a full group.

While “introducing” themselves to the cast as new transfer students, Mingyu, Jeonghan, and Vernon dubbed themselves the “three musketeers.” When Lee Soo Geun asked what that nickname meant, Mingyu explained with a cheeky smile that they were the three musketeers “of handsomeness.” 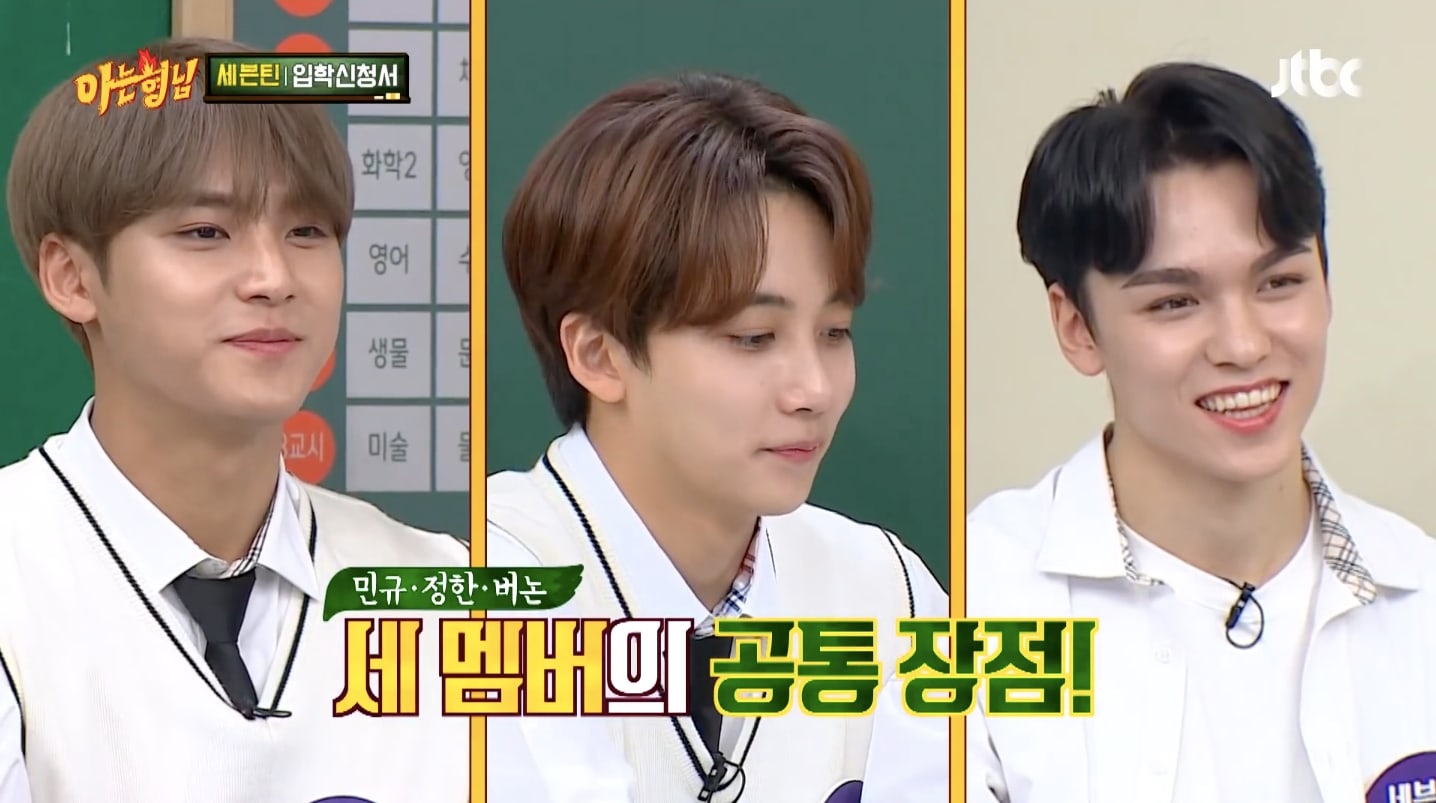 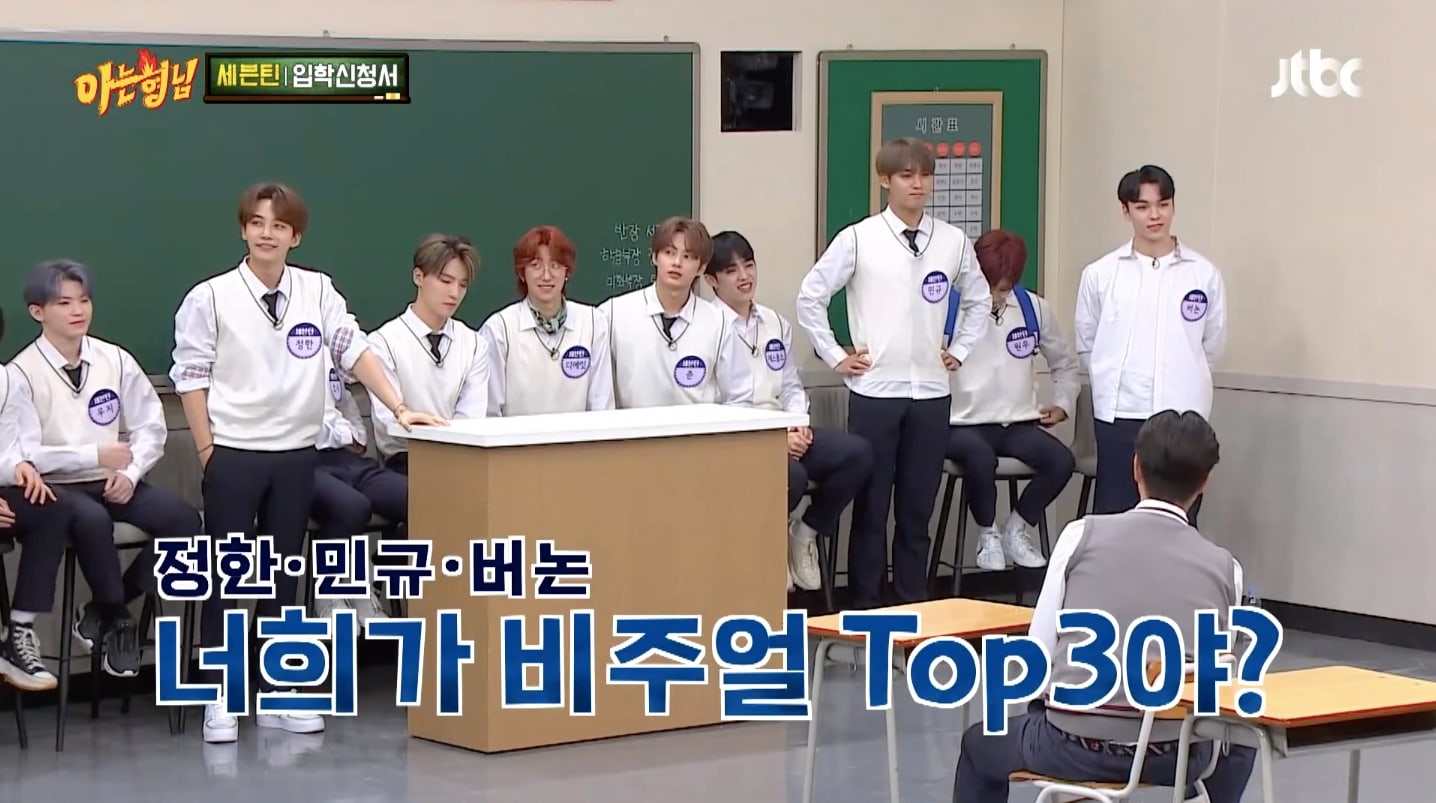 Lee Soo Geun asked the trio, “Does that mean you guys are the top three best-looking members of SEVENTEEN?” Jeonghan replied, “I guess you could say that.”

Lee Soo Geun then asked Jeonghan to name his own personal choices for the top three most handsome members of the group, to which he jokingly responded, “But I’ve never thought that there were any really good-looking members in our group.”

After a hilarious flood of outraged protests from the other SEVENTEEN members, Jeonghan set the jokes aside and went on to reveal his pick for No. 1: Vernon.

Mingyu, who made no attempt to hide the fact that he desperately wanted to be picked next, adorably tried to get Jeonghan’s attention by exclaiming, “Wait a second, wait a second—I’m standing right now.” 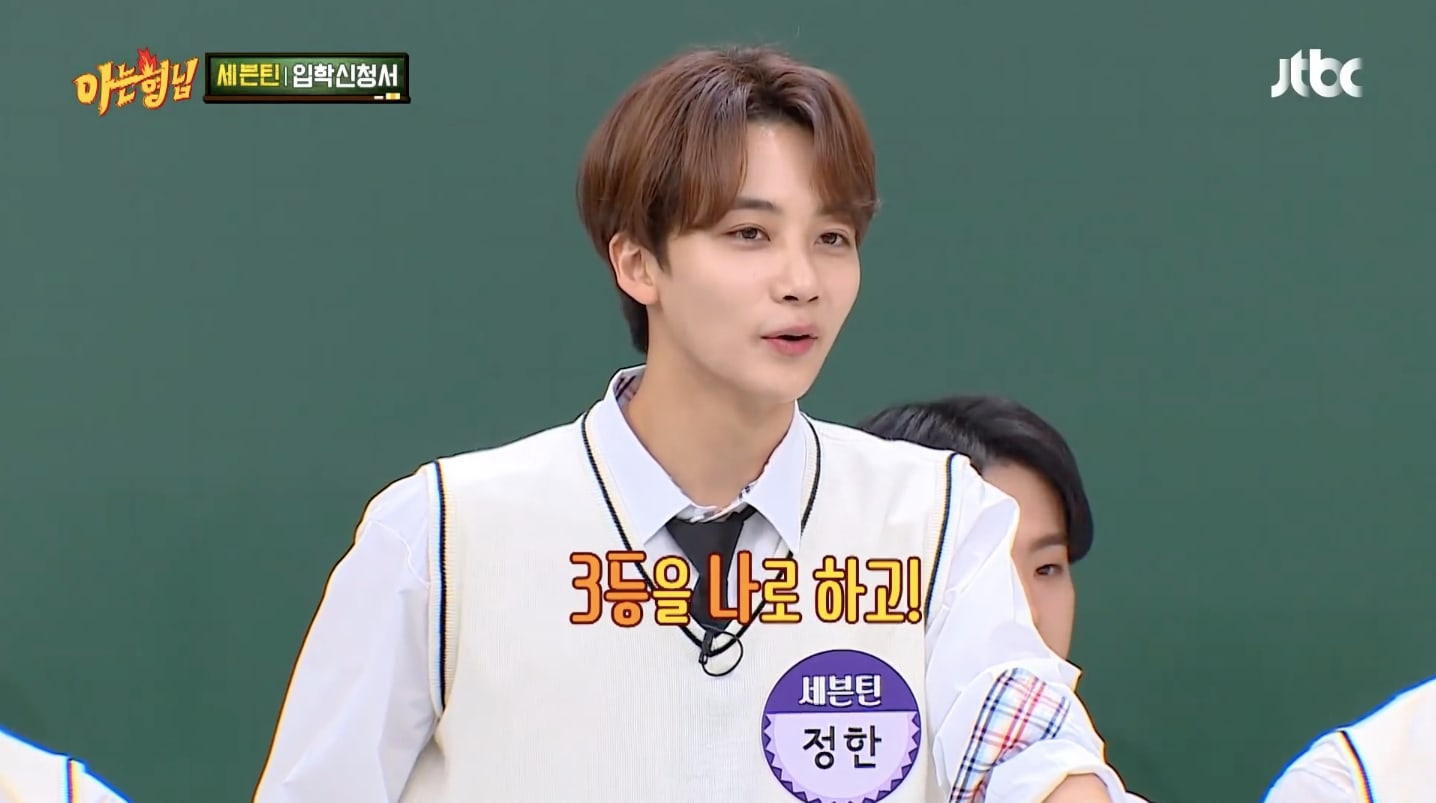 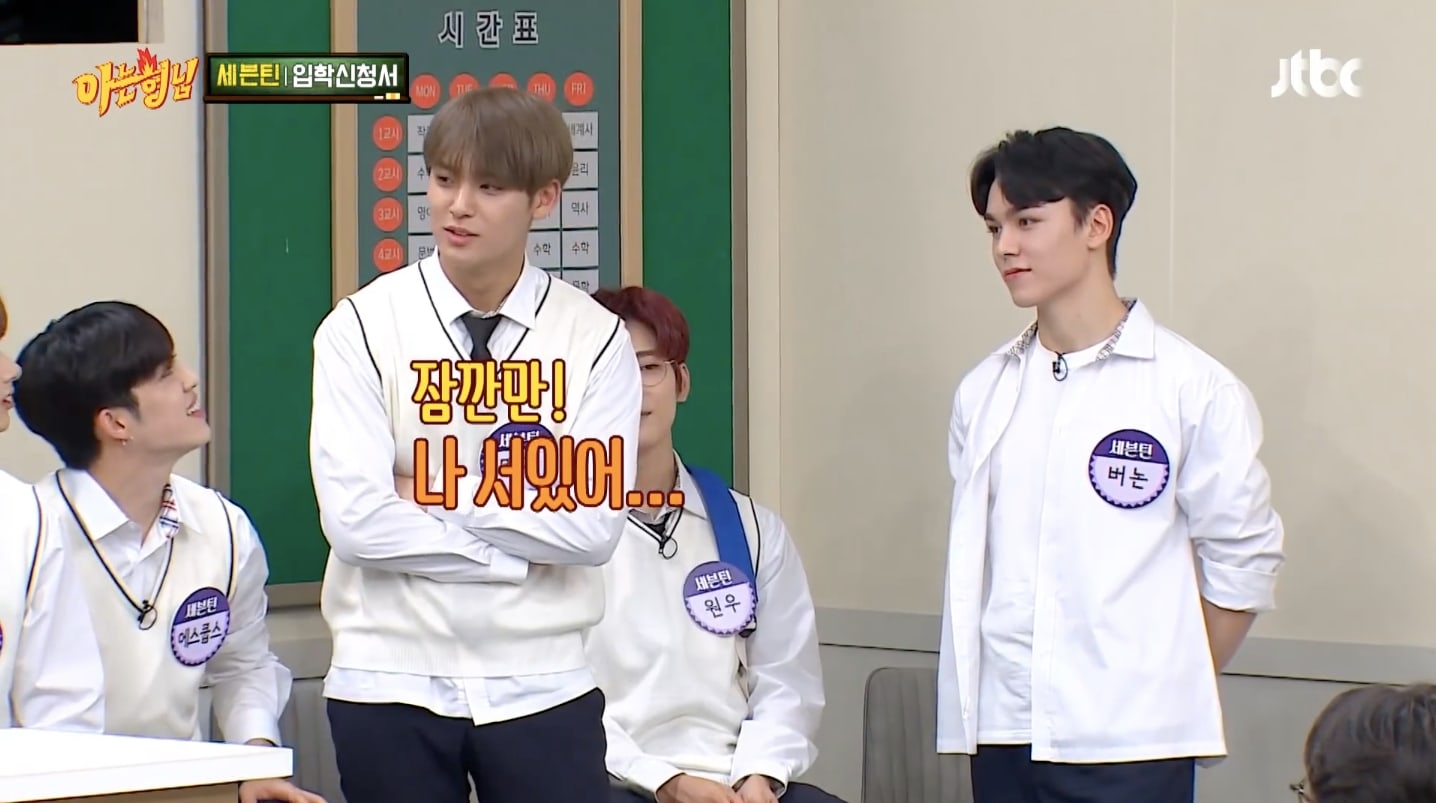 Jeonghan mischievously pretended not to hear him as he moved on to No. 2, saying, “Joshua is handsome.” He then teasingly declared, “I’ll pick myself for No. 3, and I don’t think of Mingyu as good-looking.”

Mingyu, who had returned to his seat in disappointment, made everyone crack up by sulkily retorting, “I don’t think of you as good-looking either!” 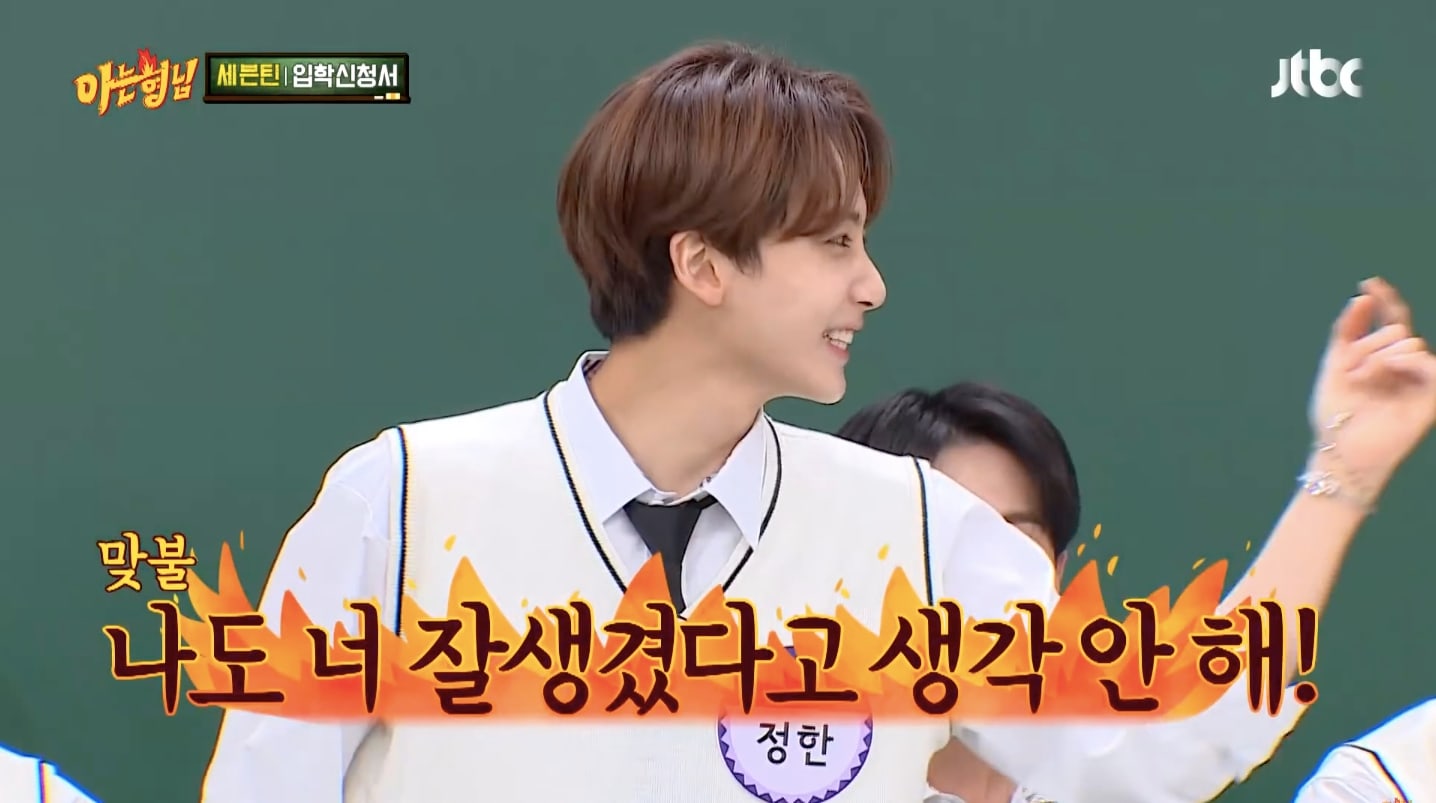 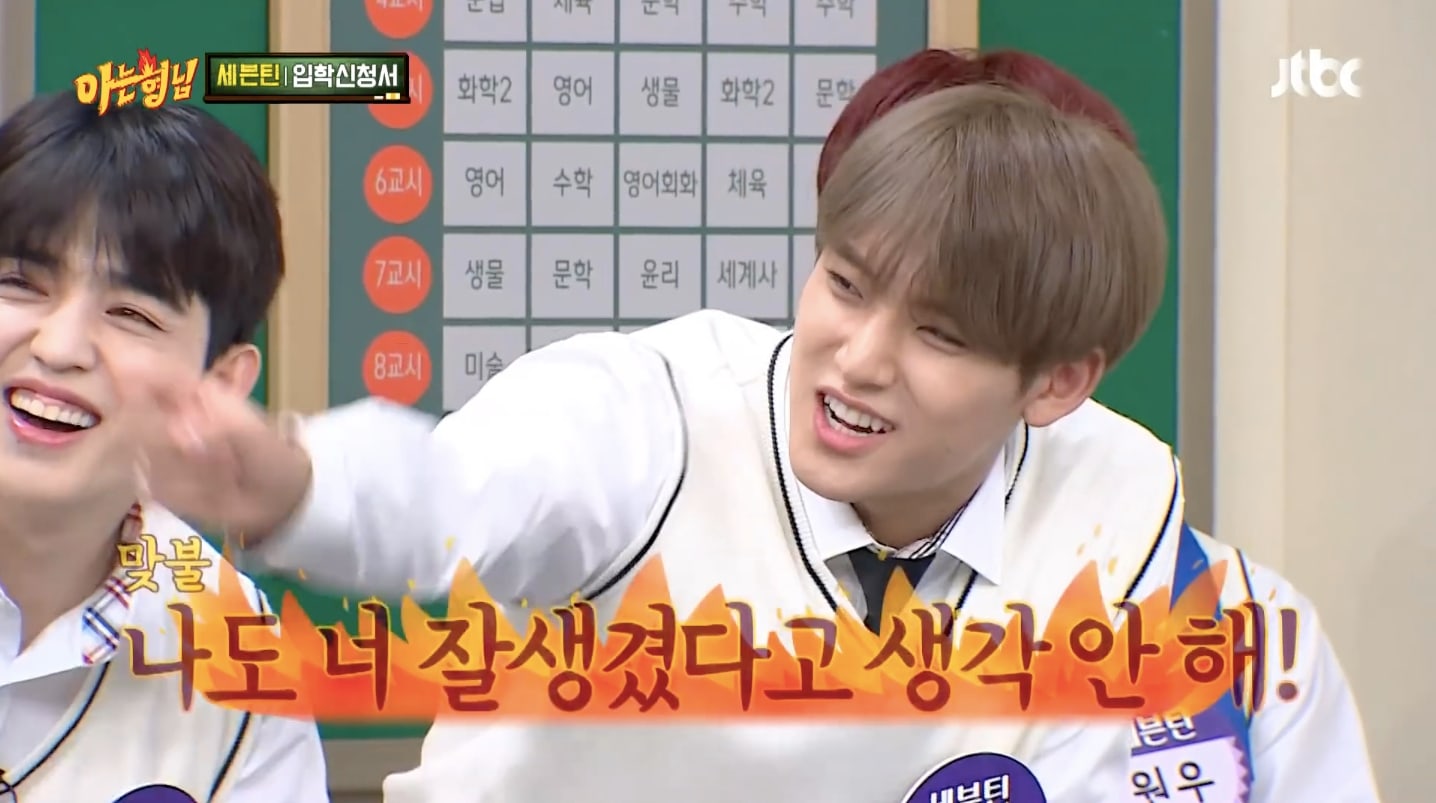