SBS’s “Do You Like Brahms?” revealed a behind-the-scenes look at some of the final scenes of the drama!

The clip begins as Kim Min Jae and Park Eun Bin prepare to film a sweet scene where their characters exchange rings. Kim Min Jae narrates his actions as he walks through the scene, saying, “Here, I’ll kneel down.” When he doesn’t actually kneel, Park Eun Bin jokes, “Why aren’t you kneeling?” and sends the staff into a fit of laughter. A member of the staff also gives Park Eun Bin tips on how to react during the scene, telling her to think, “Ah, this guy is the real deal.” The pair begin filming and carry out the heartwarming scene without a hitch. 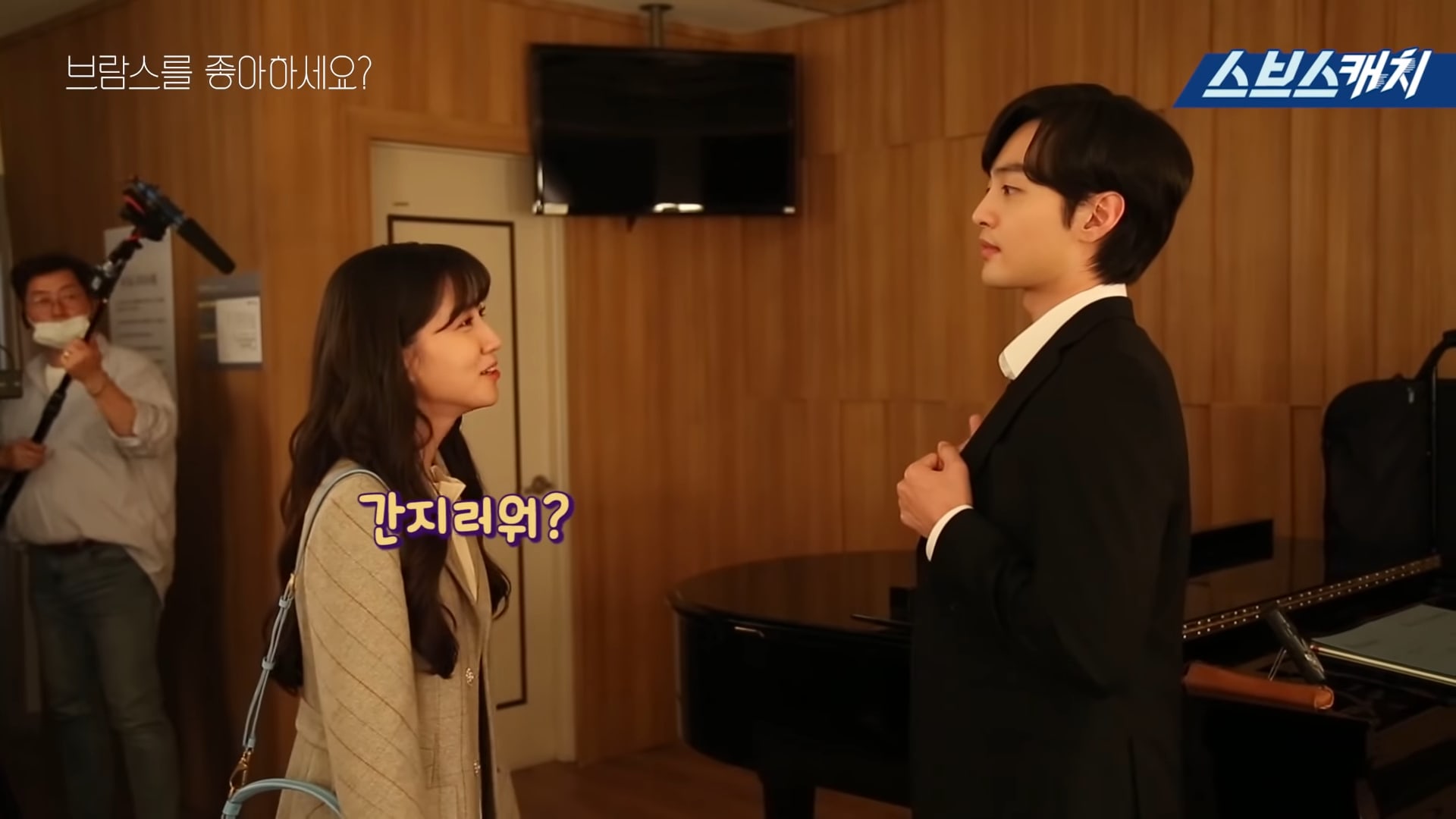 The pair continue to play around while waiting for filming to begin. Kim Min Jae plays with Park Eun Bin’s hair and also holds his hand up to compare the size of his hand to her face. Park Eun Bin points out, “Isn’t your hand just big?” At one point, Park Eun Bin nods off while standing up. Kim Min Jae watches her with a smile on his face, but he gets surprised when she begins to fall backwards and immediately runs to catch her.

As usual, the pair become completely immersed in their roles the moment they begin filming. They film their final emotional scene together and monitor the footage afterwards with smiles on their faces. During filming, the director uses two staff members to demonstrate how he wants their two characters to hold each other. Kim Min Jae teases, “They’re too far apart. The director won’t be able to get the footage.” Meanwhile, Park Eun Bin can’t hold back her laughter as she watches the two staff members holding each other. 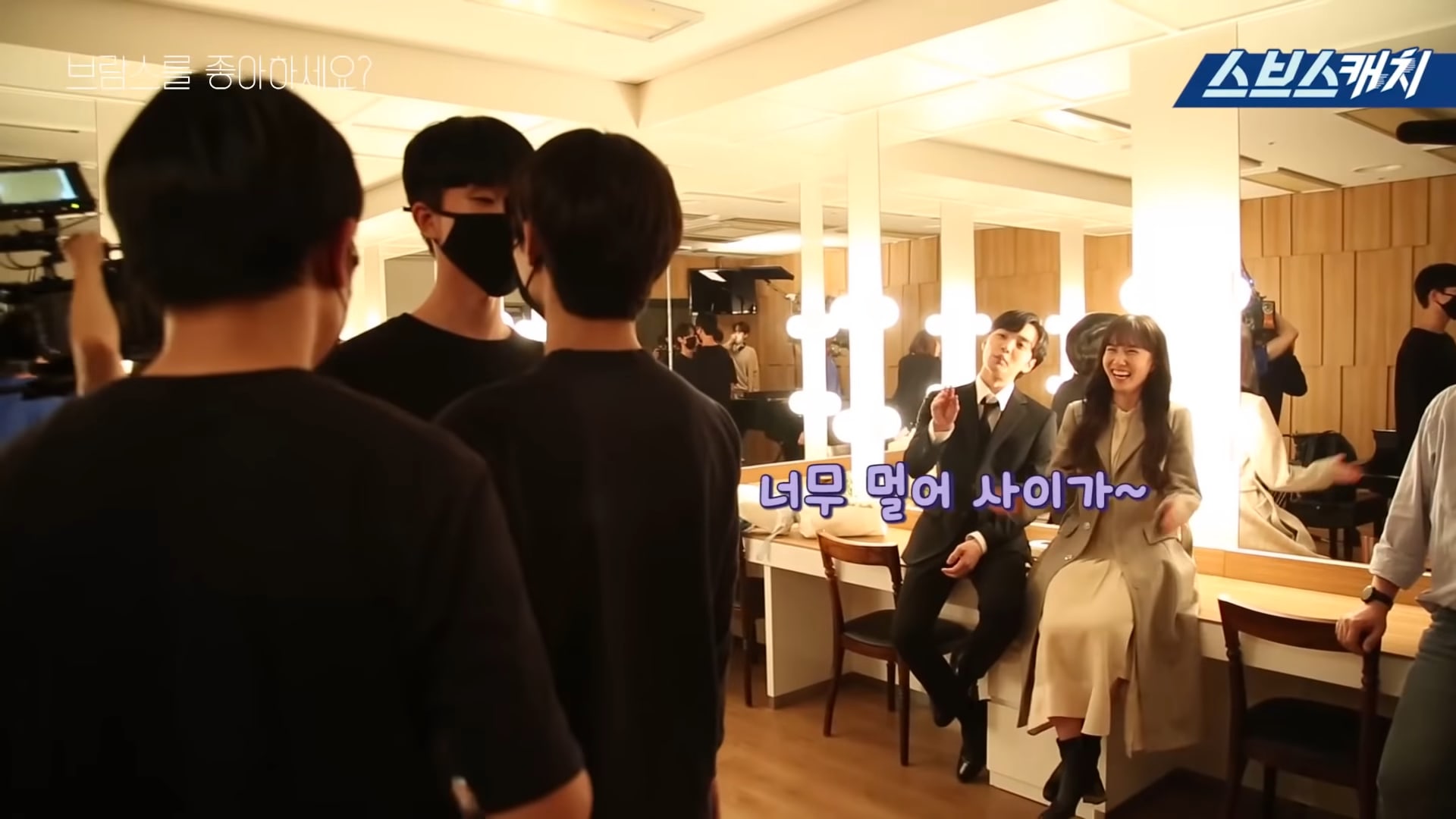 Fellow cast members Kim Sung Cheol and Park Ji Hyun also come to view the final scene. After the filming wraps up, they come to tease the couple, saying, “They kissed, they kissed!” Kim Min Jae and Park Eun Bin then get together with the director to take pictures. They share hugs with the cast and take a final group picture together with the staff.