B1A4 Talks About Their Strong Friendship, Future Goals, Gratitude For Fans, And More

B1A4 teamed up with Cosmopolitan for a photo shoot and interview!

B1A4 recently released their fourth full album “Origine,” which is their first album in approximately three years and their first one ever as a three-member group.

Asked how they felt about returning after over three years, CNU responded, “I feel very sorry thinking about the hard time our fans must have had while waiting for us for three years. We prepared hard because of that. There was a lot I wanted to show with this album, and I felt ambitious, but I thought we should tone it down so it goes along with how long we’ve been active. The album would show B1A4’s direction from now on, so it’s meaningful and important.” He added that he wanted the main vocalist to change for each song and that Gongchan sang more and participated more in the album than he had previously. Gongchan said, “This is an album made by all of us together, not just one person, so I was very happy while working on it.” 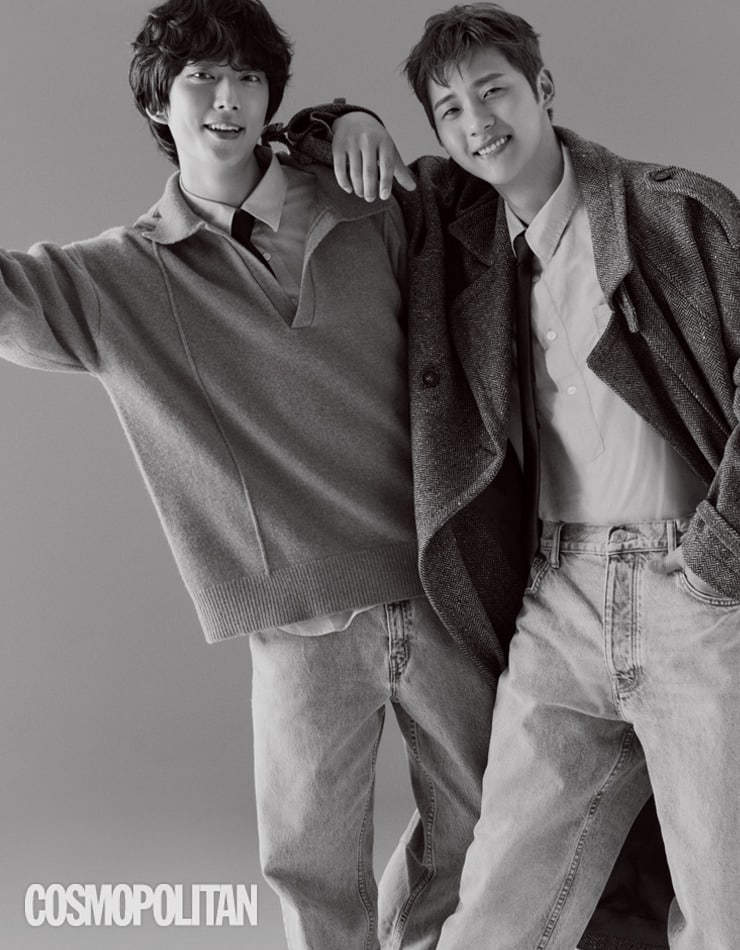 CNU, who was discharged from the military last August, described how hard it was to find inspiration to write music while serving in the military. He explained that he wrote three of the songs on “Origine” before his enlistment and five close to his discharge, elaborating, “Serving in the military gives you experience, but it’s limiting when it comes to providing inspiration for an artist. Living a repetitive life makes your thoughts simple. So what was the question?”

Sandeul used CNU’s answer to respond to the next question about how CNU had changed, saying, “Asking ‘What was the question?’ was something I used to do, and now, he’s doing it. Sometimes he does things that make me go, ‘What’s wrong with him?'” Gongchan added, “He must have been very lonely in the army. He’s become very talkative. Haha.” CNU admitted, “There was so much I wanted to say during the two years.”

The members then candidly spoke about their close relationship with each other. CNU started off by saying, “I swear, I think of the members as my family. They’re the only people I can completely open myself to. I can even reveal the most embarrassing things to them. I see them more often than I see my own family, so I rely on them a lot.” Gongchan shared, “We’re closer to each other than family, so we can no longer stay apart.” Sandeul added, “That’s why I’ve been worried these days. People around me tell me I need to keep a certain distance with people I work with, but we have no such distance between us. We’re so comfortable and close with each other that I feel uneasy about it sometimes, thinking, ‘Is it okay like this?'” In response, CNU reassured, “We’re a team, so there’s no need for that. If you succeed, the team succeeds, and if the team succeeds, you succeed.” 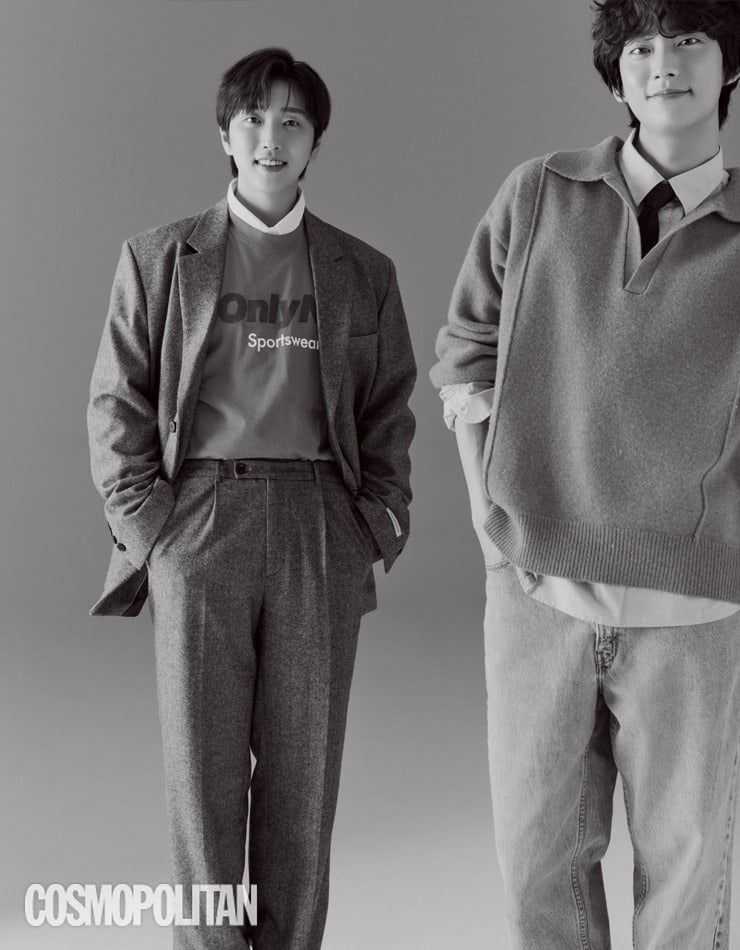 Regarding Gongchan’s acting in his drama “Lonely Enough to Love,” CNU said, “The mysterious atmosphere of his character Jung Hoon seemed difficult to portray, but Gongchan pulled it off. He feels a bit unfamiliar, but I think he’s doing well.” Sandeul shared, “It’s so cool to see Gongchan acting on TV. I keep saying, ‘He’s so good-looking, and ‘He’s so good,’ while I watch him.”

The members then described how their thoughts about their fans BANA had changed over the course of their career. Sandeul explained, “I get a bit shocked when the BANA who used to tell us, ‘I got into college’ or ‘I found a job,’ now tell us, ‘I’m getting married.” Various thoughts cross my head, but BANA is just BANA. They’re similar to the way they were before. Just like what BANA think when they see us, when we think of BANA, I think of our early debut years. They’re still cute people we’re thankful for.” Gongchan added, “Now that we’re in our 10th year, I feel that we’re living our lives alongside BANA. I’m happy that we can provide each other with strength and share lots of emotions with each other. I’m also looking forward to the time we’ll spend together in the future.” CNU revealed that he teared up whenever he thought of his fans because he felt grateful.

Finally, CNU explained B1A4’s goals as a group. He said, “I want the group to stay together for a long time,” comparing themselves to Na Hoon Ah, a veteran trot singer who debuted in 1966 and remains popular to this day. “He makes me think that being in our 10th year isn’t a big deal. Our goal and hardest task is to stay active for a long time like Na Hoon Ah sunbaenim. At the same time, I want to do a good job of building the name B1A4. That name holds memories for some people and contains our lives, so I want to develop that name and cherish it.”

Watch Gongchan in “Lonely Enough to Love” with English subtitles!

B1A4
Cosmopolitan
How does this article make you feel?