OCN’s “Search” has revealed new stills ahead of the upcoming episode!

Previously, first lieutenant Son Ye Rim (Krystal) just barely killed the revived Corporal Oh (Lee Kyung Min) with the help of her comrades. Although she suspected that Corporal Oh had been infected with the same virus that she had seen in a stray dog, she still had to figure out how he came back to life. After injecting a lab rat with Corporal Oh’s blood serum, she realized that the virus affected a part of the victim’s brain and altered their genes. Commander Han Dae Shik (Choi Duk Moon), enraged at the unbelievable situation, brought Son Ye Rim in to complete the special task force.

The team finally set out on their first mission, but Yong Dong Jin went missing after chasing after something that moved the same way as the unknown enemy. Having lost all communication with his team, Yong Dong Jin wandered around and eventually ran into North Korean soldiers. However, the solider who raised a gun at him was suddenly dragged up into a tree, and the North Korean soldiers went into a panic as they began shooting at the bizarre creature who attacked him.

Although Yong Dong Jin tried to use the opportunity to escape, the creature soon caught up to him. While he stood frozen in fear at the creature’s ghastly appearance, Son Ye Rim entered the scene and fired her gun to bring him back to his senses. It remains to be seen if Yong Dong Jin and the special task force’s first mission will be a success. 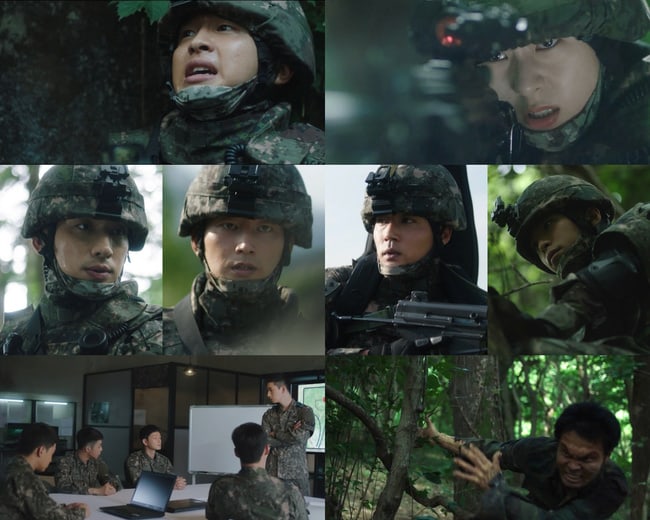 In the upcoming episode, the mystery will continue to deepen with Song Min Gyu’s suspicion that there might be something else to the mission besides just eliminating their target. Conflict will also arise between the members of the task force after Song Min Gyu and Lee Joon Sung fail to agree on what is more important—successfully completing the mission, or the safety of the task force members.

In addition, the story of Yong Dong Jin and Son Ye Rim’s past relationship will continue to unfold. In the epilogue of the previous episode, a scene from their past was revealed in which the couple sat side by side in a karaoke room, making viewers’ hearts beat with excitement at the pair’s chemistry.

New stills show Yong Dong Jin holding a microphone as he sings a song while gazing at Son Ye Rim, who looks confused but also slightly affectionate, since the song he is singing is their own special song from their past. Although they have treated each other coldly since reuniting for the search mission, it seems that the pair may still have lingering feelings for each other. 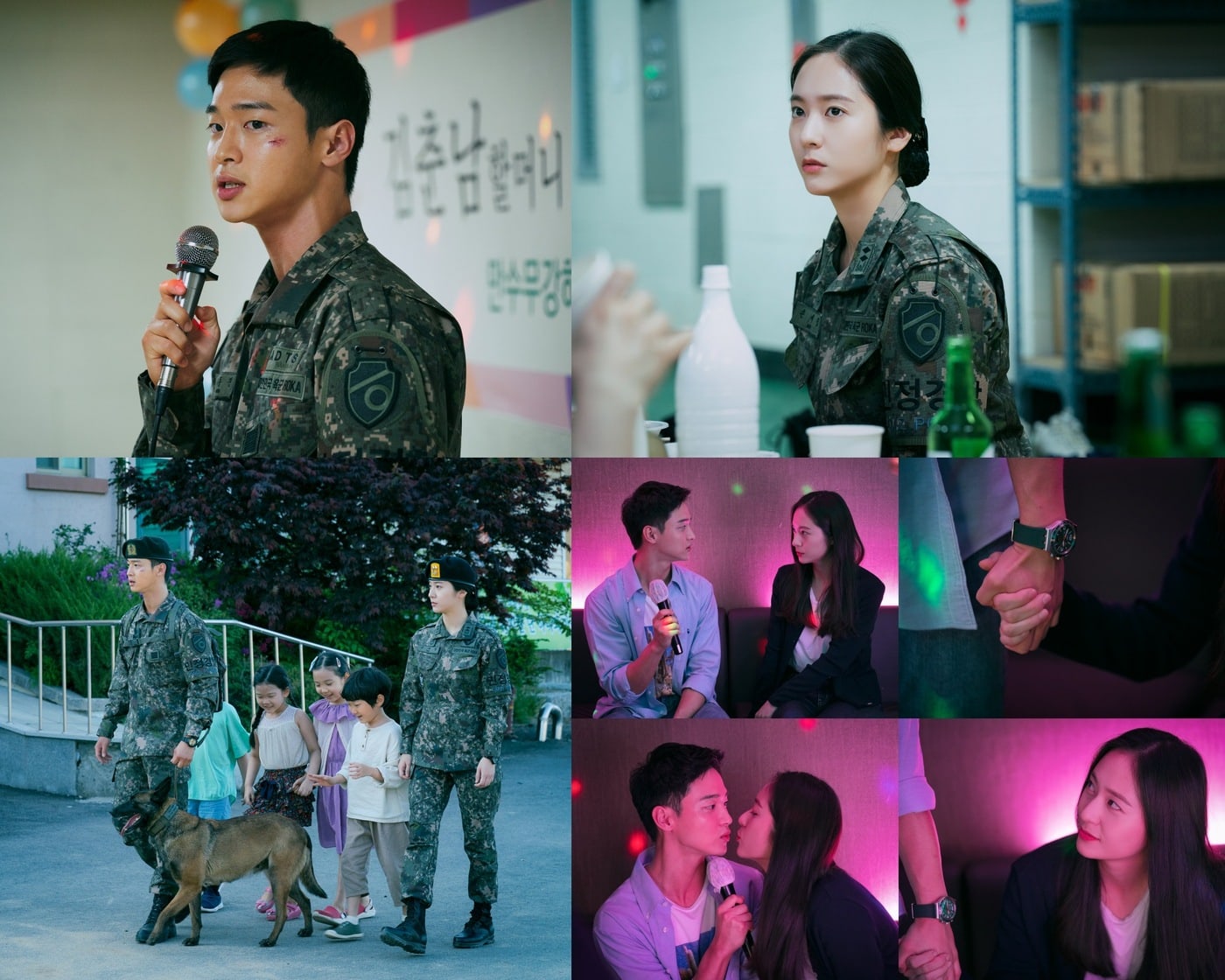 The production team commented, “Yong Dong Jin and Son Ye Rim’s happy memories will make an appearance as they reminisce about the past. Keep an eye out for how their story will affect the mission, as well as how it will be revealed.”