MBC’s “Kairos” is gearing up for its premiere!

New stills reveal Kim Seo Jin dressed in a black suit and Kang Hyun Chae (Nam Gyu Ri) wearing a bright red dress. Contrasting with their special attire, the two have long faces, highlighting the tense atmosphere. Kang Hyun Chae is near tears and looking visibly upset, while Kim Seo Jin is by her side with a concerned expression. Viewers are curious to discover what could have occurred to the couple at the banquet hall. 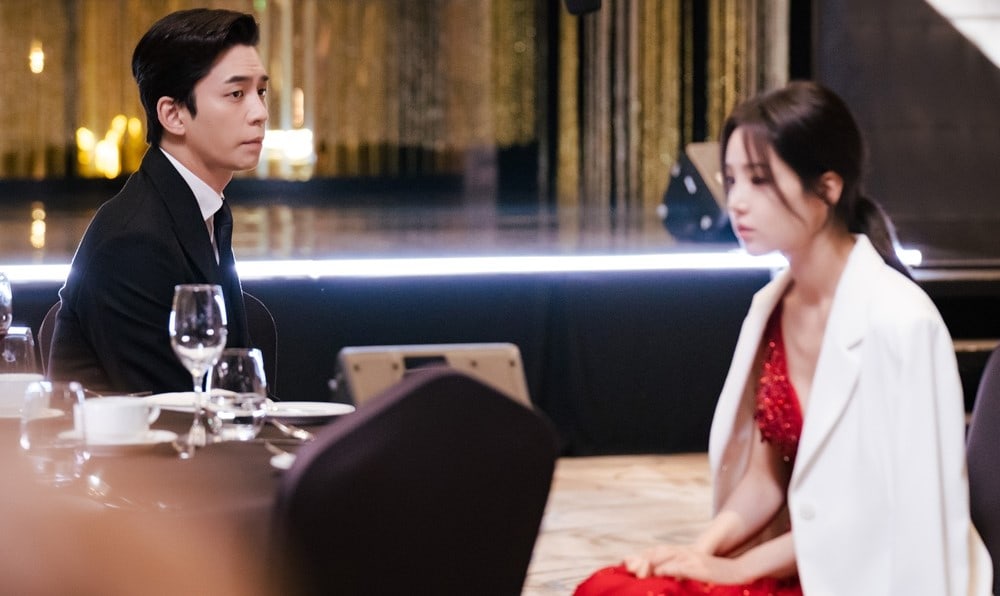 Kim Seo Jin is the youngest director at his construction company, and he has quickly received promotion after promotion due to his ability to swiftly handle a situation and to work efficiently. In the first episode, Kim Seo Jin’s wife and violinist Kang Hyun Chae will perform at a concert hosted by her husband’s company. Viewers are curious to discover what misfortune will fall upon the happy couple and their daughter Kim Da Bin (Shin Hye Yeon) and how their daily lives will be shaken up by the sudden change.