TWICE has made a comeback with their second full-length album “Eyes wide open” and title track “I CAN’T STOP ME“!

Three years after releasing “twicetagram,” TWICE has finally dropped their second full-length album, and they spoke about the release in an interview.

Sana commented, “This is a full-length album and shows off a new concept that we haven’t shown in previous albums. After our teaser images were released, there was a lot of positive feedback for our main suit concept. It felt like the results that the members had spent a lot of time thinking over were getting recognized so I was really proud. We want to quickly show our performances too!”

Jihyo added, “Compared to three years ago when we released our first full-length album, I think that TWICE has grown a lot. We’ve released many albums, done concerts, and learned a lot while experiencing a variety of things as singers. TWICE’s growth has no limit! So please look forward to ‘Eyes wide open’ too!”

For their last release “MORE & MORE,” the group picked “crave” to be the album’s keyword. When asked to describe “Eyes wide open,” Nayeon answered, “To express it in one phrase, I’d say, ‘Opening your eyes to your senses.’ If we were able to learn about new senses during ‘MORE & MORE,’ this album explains that moment you truly register the senses we recognized in our last release.”

Dahyun shared, “It draws out the danger and nervousness of standing at the line between good and evil. It also conveys that daring atmosphere of boldly crossing that line. Many people will be surprised to see a new TWICE that they haven’t seen before!” 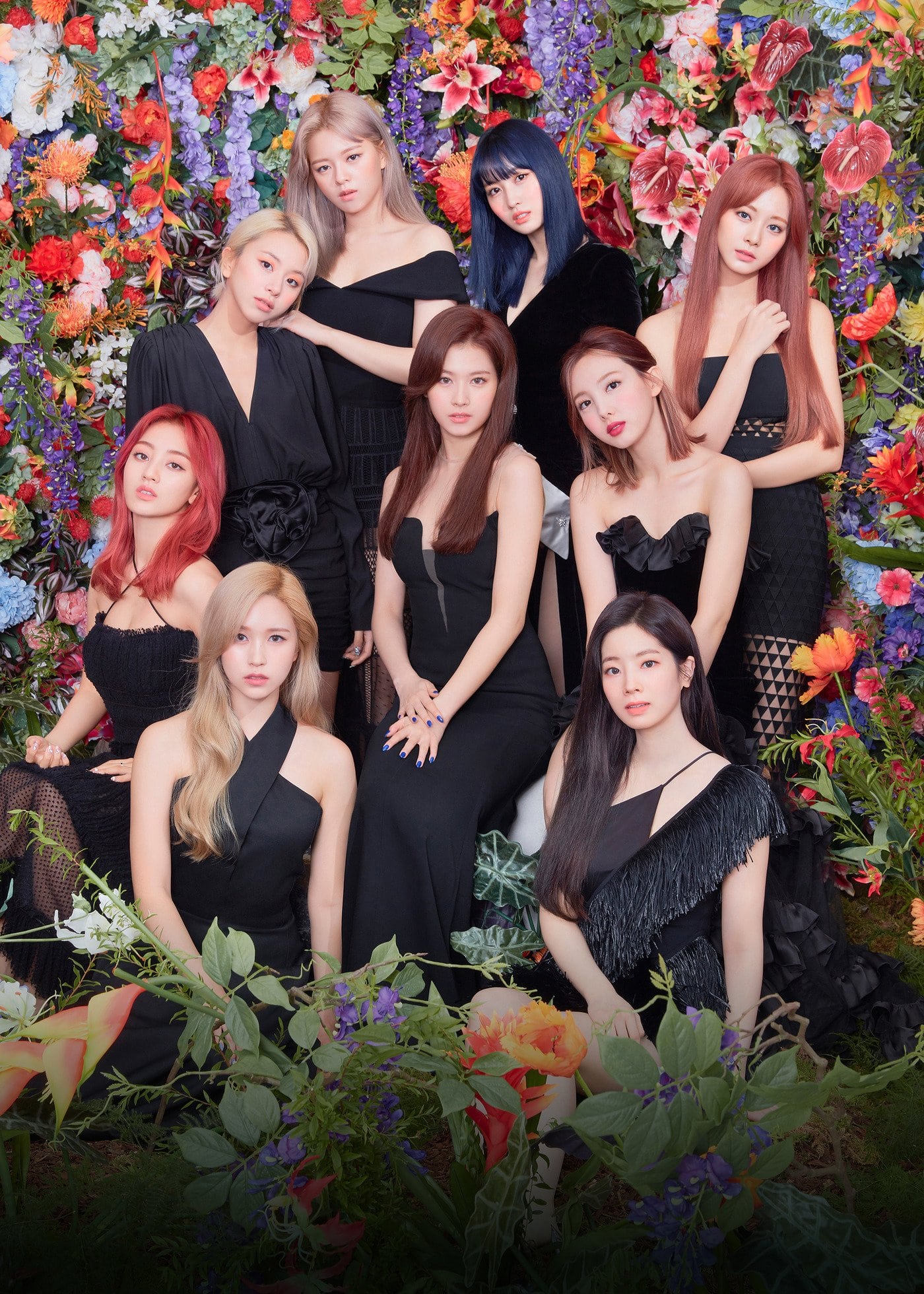 The girls discussed what type of image they wanted to show with this album, with Sana commenting, “I want to show a world that connects with our previous release, our ninth mini-album ‘MORE & MORE.’ We further amplified the narrative in ‘MORE & MORE’ where we go back and forth between a pure and enchanting vibe as we learn about new senses. Please carefully pay attention to the connections between the two albums!”

Mina shared, “For the first time in TWICE’s promotions, we sang about feeling nervous and unsteady. Everyone simultaneously has a bright side and a nervous side. Through this album, I hope you will check out what a different side of TWICE is like.”

Chaeyoung answered, “I want to show a visual that’s different from what’s typical. Our main style is our suits and many fans really liked it after our teasers were revealed. In addition to our suits, we’ve prepared a variety of outfits so please look forward to our promotions!”

TWICE also dove deeper into the meaning of their title song “I CAN’T STOP ME.” Nayeon explained, “It expresses that difficult situation of having to control yourself when standing at the line between good and evil. Like the song title ‘I CAN’T STOP ME,’ it’s a track that describes that mentality well.”

The group also each picked the b-side they most recommended. Nayeon and Mina chose “SAY SOMETHING” as Nayeon shared, “We performed it during our special live broadcast for our fifth anniversary and our fans really liked it. I also think it fits best with this album so I hope a lot of people listen to it.”

Jihyo and Chaeyoung picked “HELL IN HEAVEN.” Jihyo added, “To be honest, when you first listen to it, you might think, ‘This doesn’t seem like a TWICE song.’ It’s such a fun and charming song that becomes addictive with time so I think you’ll be able to feel a new kind of TWICE’s charms. I’ve been listening to it everyday too!”

Jeongyeon recommended “BEHIND THE MASK,” sharing that it highlights each member’s unique voice tones. Momo chose “BELIEVER” because it left the greatest first impression on her. Tzuyu answered, “‘UP NO MORE.’ It’s a song that I liked even more once I heard our members’ final version. When I heard it again, I thought, ‘I want to perform to this song!'”

Dahyun picked “QUEEN” and “BRING IT BACK” sharing, “In the past, I participated in lyric writing or rap making with other people, but these are the songs I wrote the lyrics for by myself, so they are special to me.” With a laugh she added, “Please give them lots of love!”

Lastly, Sana shared, “When you listen to this album’s b-sides, I think you’ll be able to feel a lot of changes from the music that TWICE has released until now. That’s why there are so many songs I’d like to recommend, but among these I’m most fond of ‘DO WHAT WE LIKE’ which I wrote the lyrics for on my own for the first time.” Laughing, she continued, “I hope you will listen to it!” 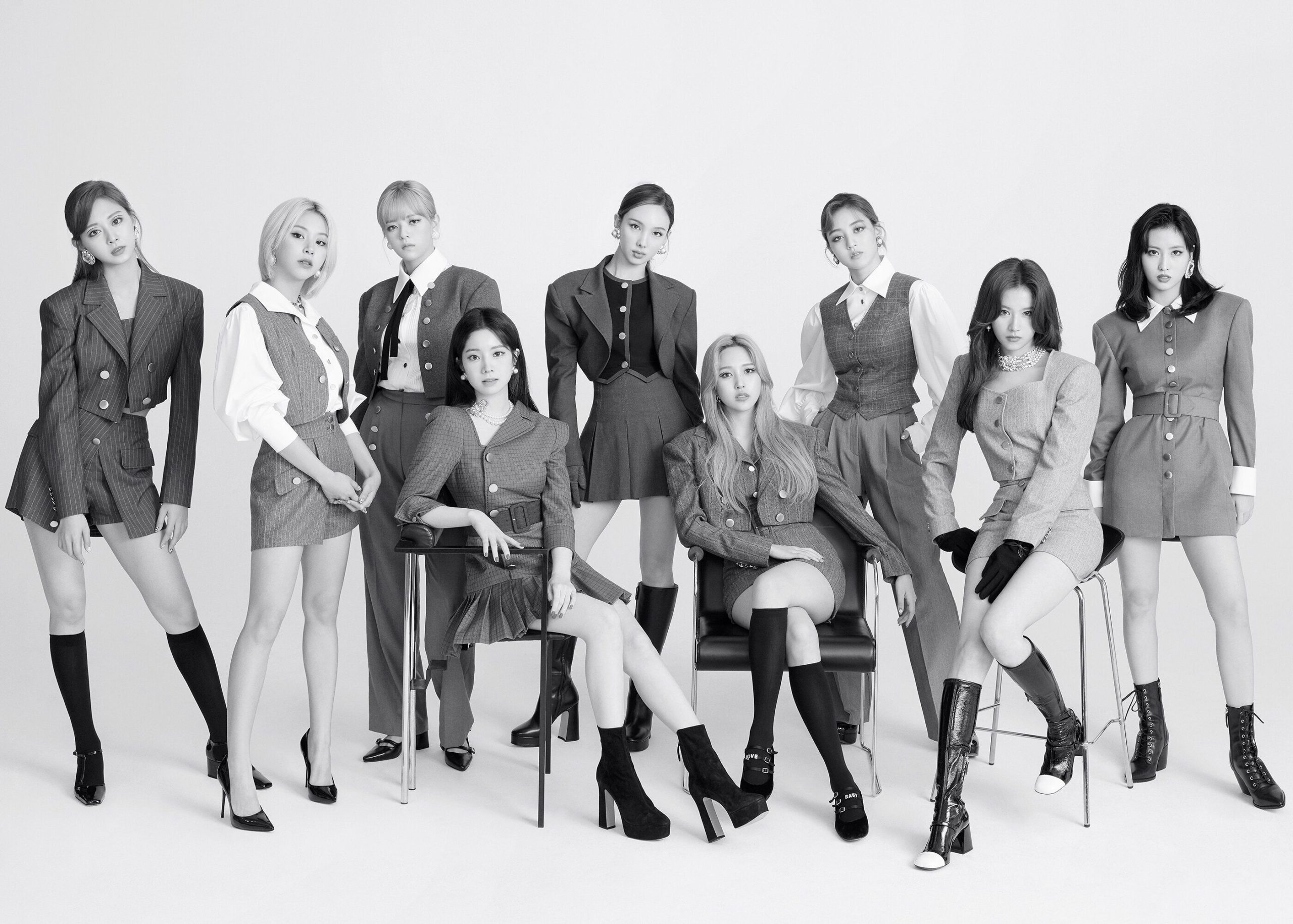 Regarding their energetic music video for “I CAN’T STOP ME,” TWICE talked about what they focused on most during filming. Jihyo commented, “It’s a music video I focused a lot on in order to showcase a variety of images. I worked hard to colorfully show off the retro and extravagant feel of the song!”

When asked what kind of comments they received from JYP Entertainment CEO Park Jin Young while preparing for this comeback, Nayeon responded, “He believes that conveying emotion is the most important thing and always emphasizes that to us too. So this time as well, we practiced really hard to properly convey our emotions to everyone listening to our songs!”