“Birthcare Center” Cast Talk About Why They Chose The Drama, Working With One Another, And More

The cast and director of tvN’s “Birthcare Center” spoke about the upcoming drama, their chemistry, and more!

“Birthcare Center” is an eight-part noir series following Hyun Jin (Uhm Ji Won) as she adapts to life as a new mom. Although she is the youngest executive at her company, she is the oldest mom at the postpartum care center where she’s staying. She went through a rough time giving birth and must now grow into her new role as a mom while interacting with the fellow mothers at the center.

Director Park Soo Won commented, “‘Birthcare Center’ is a drama many can relate to, as a successful careerwoman who is the youngest executive at her company falls into a mental rut overnight after becoming a mother and having to live each day with her new baby. It captures the growth of a new mother and it’s also a healing drama as she will become friends with the other mothers who all comfort one another. This drama won’t just be fun because you’ve experienced this, nor will it only be fun to those who have experienced this. I want to introduce this as a drama that you can enjoy and feel comforted by, even if you haven’t experienced it.”

All the actors revealed that they agreed to appear in “Birthcare Center” immediately after reading the script. Park Ha Sun shared, “I really read the script in an instant. As soon as I read it, I said I would do it. My character was so charming and I thought I would regret it if I missed out on it.” Park Ha Sun appears as Jo Eun Jung, a mother of three who has everything, including beauty, childcare skills, and the love of her husband. 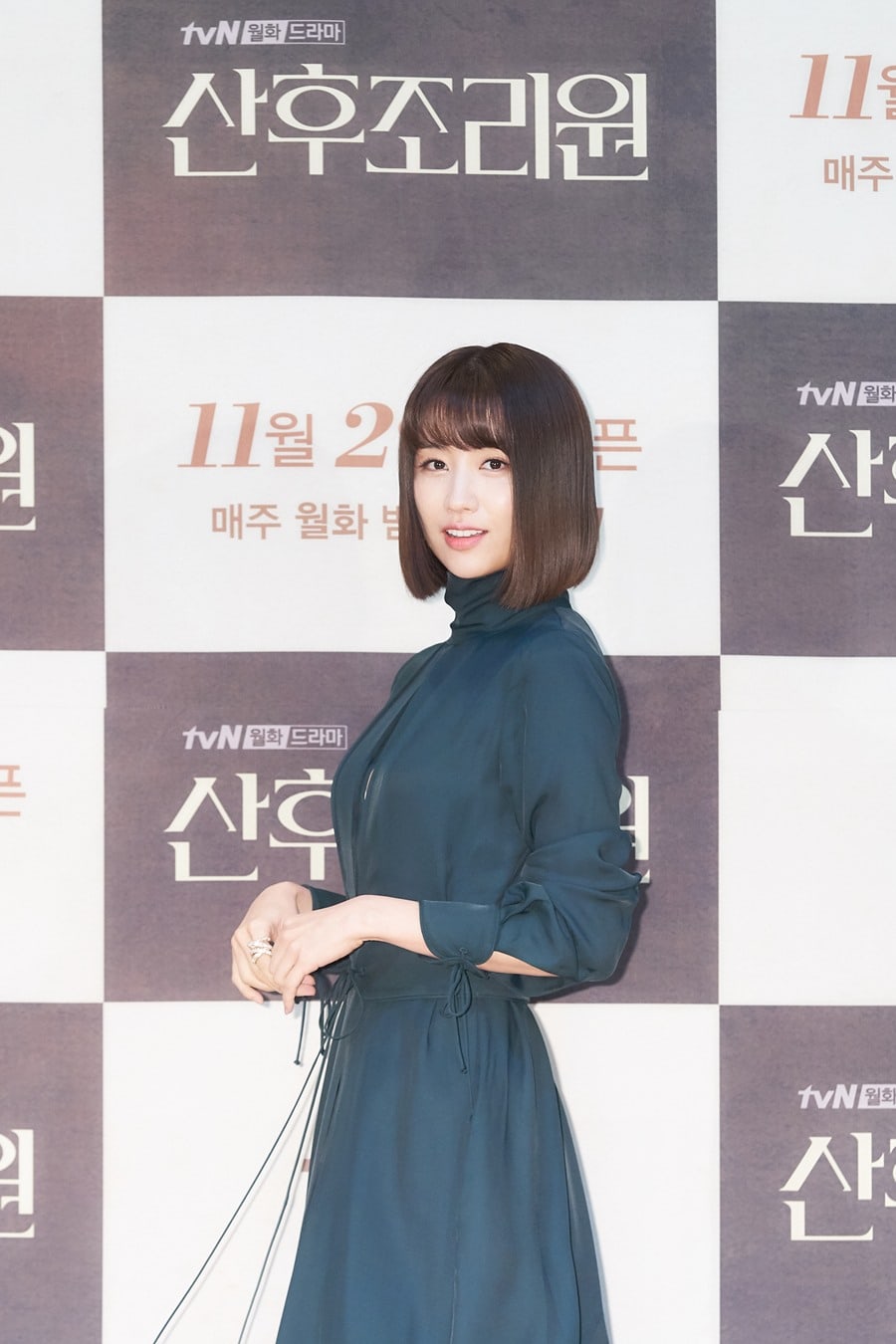 Uhm Ji Won will play careerwoman Oh Hyun Jin, who has worked tirelessly toward success. She added, “As women of similar ages living in the same era, I believe all of us can relate and have fun with this. Personally, I have a lot of comedic moments, but there are bits of thriller and mystery in between. I really liked how there were points with a different kind of edge and I picked it because it told the story of people living in our society in a serious yet enjoyable way.” 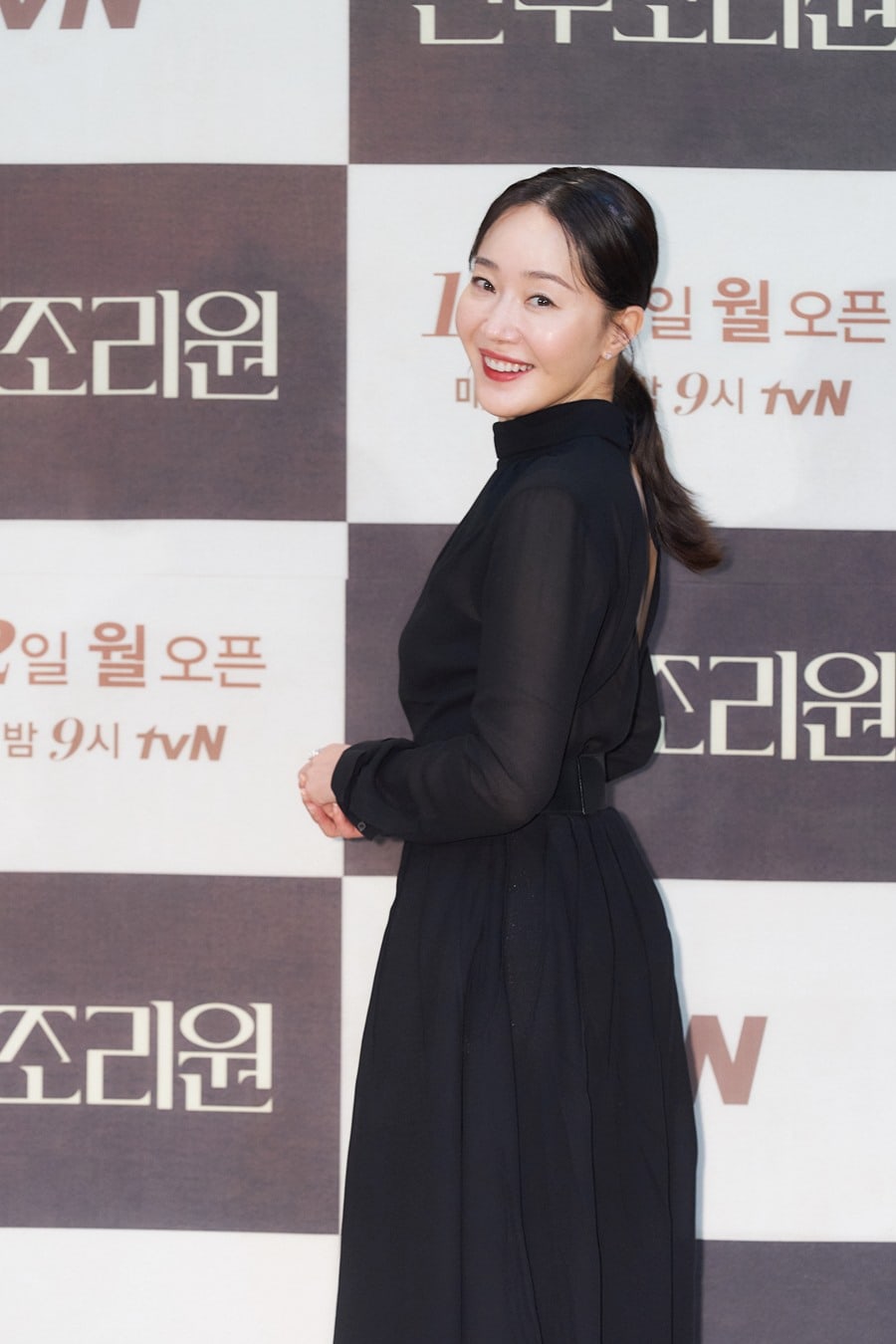 Jang Hye Jin plays Choi Hye Sook, the director of the birthcare center who is also referred to as the “mother” of the center and the “president” of the newborns.

She shared a similar response as her co-stars, explaining, “While reading the script, I became curious about how each scene would be produced. I really wanted to see it visually. It’s been 17 and five years respectively since I had my first and second child and it felt new to think back to those times. The special place of a birthcare center gives you stability and anxiety at the same time, so I thought both those aspects would be able to shine through.” 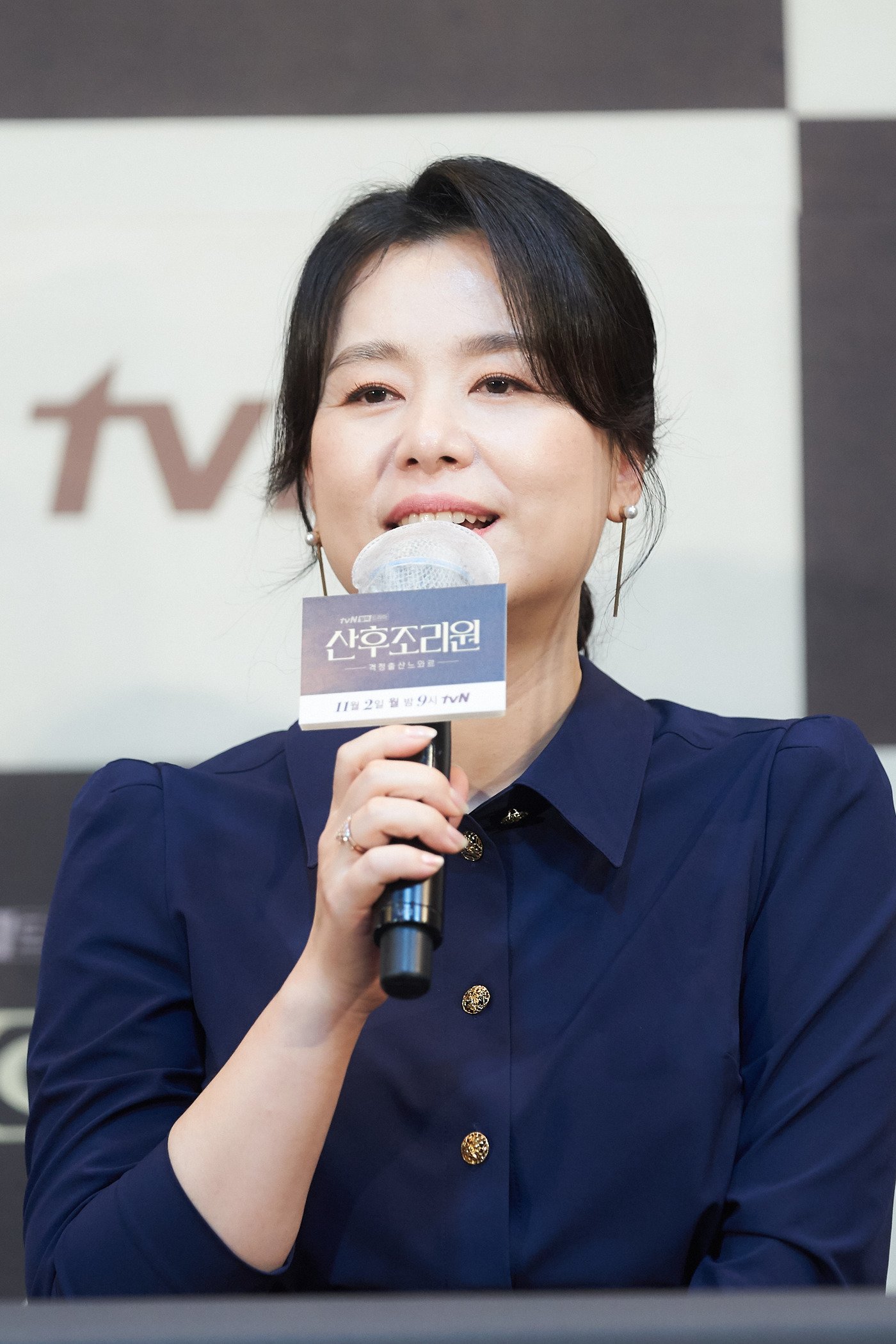 Yoon Park plays Kim Do Woon, the CEO of an app development start-up who is totally head over heels for his wife Oh Hyun Jin. He added, “I really enjoyed the script, but I thought it’d be difficult because of my schedule. Instead, I went around telling people about it. However, thanks to the consideration of the director and writer, I was able to join.” 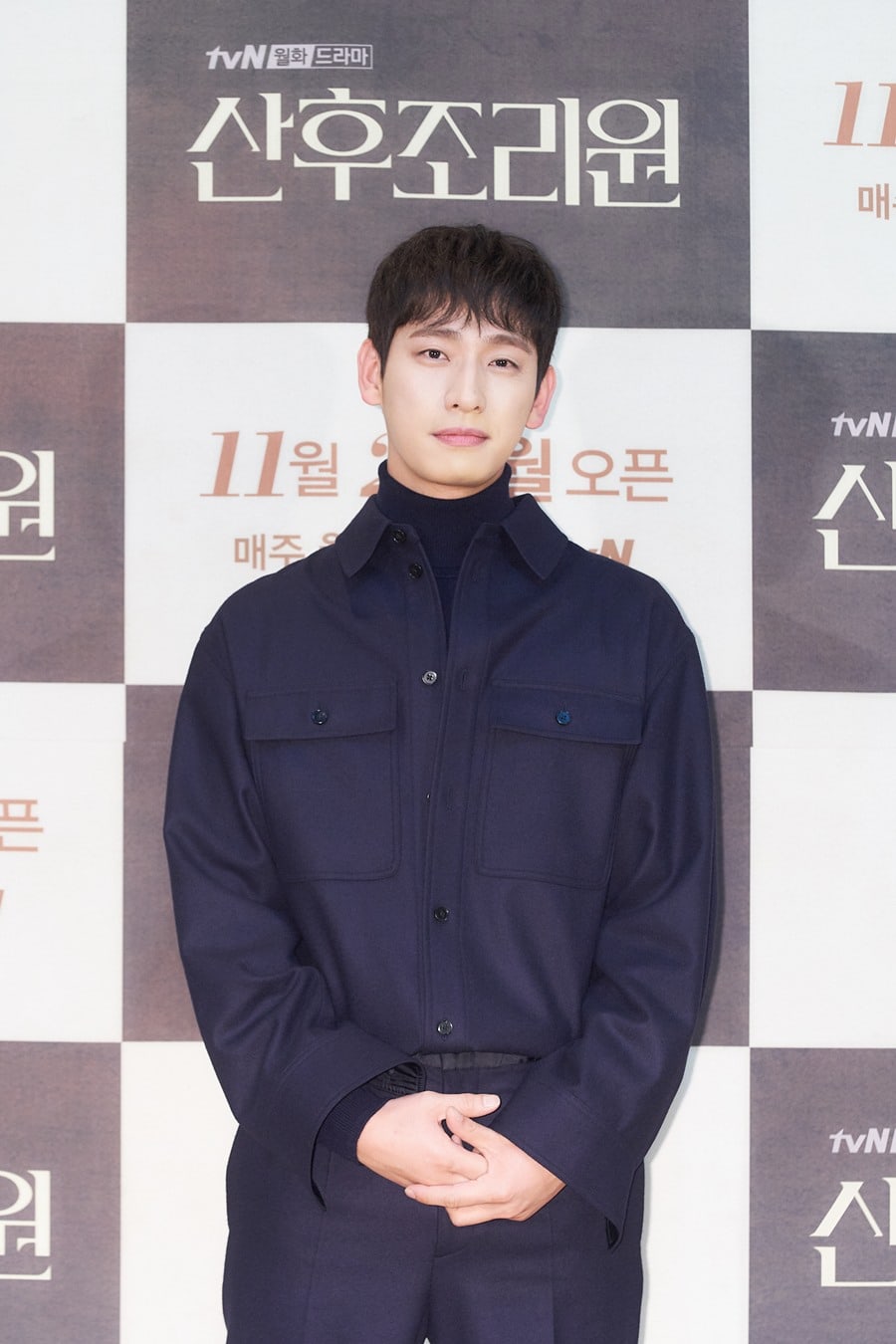 Regarding the cast’s chemistry, Park Ha Sun revealed, “At first, because there were so many female actresses, I was a little worried there would be tension, but there wasn’t at all.” Laughing, she continued, “We met up separately outside of work to watch a movie but ended up chatting for around 12 hours.”

Uhm Ji Won increased curiosity by sharing, “In the script, they talk about breastfeeding and breast pain. Seeing that, I felt worried, apprehensive, and curious. Please look forward to how fun and originally we were able to address those topics.”

Additionally, Yoon Park made everyone laugh as he commented, “I learned that a husband needed to be there as if he wasn’t, and not be there as if he was.” Uhm Ji Won added, “We also tell the story of dads and different actors will appear as Yoon Park’s teachers, so please look forward to that too.”

Yoon Park hilariously added, “I think there will be a lot of humiliating clips of me. I don’t know whether I filmed ‘Birthcare Center’ or ‘Saturday Night Live.'”

Lastly, the director explained, “Our drama has eight parts but I hope it becomes a project that receives many requests for extension and people ask, ‘Why are there only eight parts?'”

Watch a teaser for “Birthcare Center” below!