A recent interview with the actress Lee Yoo Ri revealed her thoughts on interesting points related to her latest drama, “Lie After Lie.”

Lee Yoo Ri is known to be a professional that gives her absolute everything in every role and performance. Even on KBS 2TV’s show “Fun-staurant,” she suffered an arm injury that had fans worried.

In Channel A’s Friday-Saturday drama “Lie After Lie,” which aired its last episode October 24, she played the character Ji Eun Soo. From scenes portraying domestic violence to the danger of being murdered, taking on this role came with a fair share of intense moments. 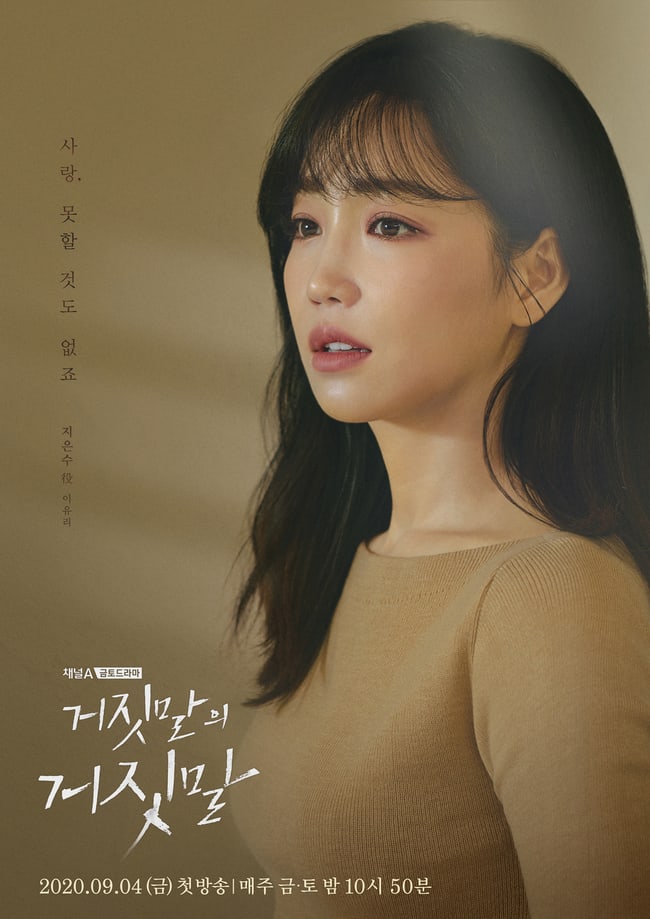 In a telephone interview with Newsen, Lee Yoo Ri shared details on a time she almost encountered another injury while filming. She said, “In one scene, there was a moment when my head was hit while fighting over powdered milk in the prison. Not only was I surprised, but the staff members were surprised as well. When we have an action scene coming up, we do a lot of rehearsals so that we don’t get hurt. Even when we are careful, sometimes you still get hurt. It reminded me to be even more careful.”

Lee Yoo Ri also commented on her experience working with fellow cast member Yeon Jung Hoon. The two had already worked together in 2003 by acting as a couple in the series “Yellow Handkerchief.”

Their strong friendship naturally led to great chemistry both onscreen and offscreen. Lee Yoo Ri stated that because they are so close, the two talked about acting as siblings for their next project to properly capture their dynamic.

“Lie After Lie” started with viewership ratings of 1.2 percent and ended with a bang by reaching 8.2 percent on its last episode. When asked what might have been the factors that helped with the drama’s success, Lee Yoo Ri credited the cliff hangers at the end of each episode and the mixing of genres, especially mellow and suspense.

When asked about her selection of work, she mentioned that she tends to work on a brighter project after a dark one, and vice versa. She explained that switching back and forth is an outlet for her stress and a way to keep herself passionate about work.

Binge watch the recently wrapped up “Lie After Lie” here: