In the drama, Kang Seung Yoon plays Im Geon Wook, Han Ae Ri’s longtime best friend, who is always ready to rush to her aid. Despite their constant bickering, the loyal Im Geon Wook worries more about Han Ae Ri than anyone in her life and consistently takes good care of her.

The first episode showed a glimpse of Han Ae Ri working hard at a convenience store to pay for her mother’s heart transplant surgery. However, her mother’s health suddenly deteriorated, and Han Ae Ri became helplessly driven into a corner. Im Geon Wook proved he was her close friend by staying with her through thick and thin.

However, in the upcoming episode, it seems like Im Geon Wook isn’t always going to do everything for her. In the new stills, the two friends meet in a dark alley. Han Ae Ri gazes at him with a mournful look, but Im Geon Wook refuses to look at her. On top of that, his face is covered with bruises, making viewers curious about what happened to him.

Han Ae Ri hands mysterious documents to Im Geon Wook and asks him to do something for her. However, he avoids her eyes and presses his lips together in silence. In the next episode, the plot will take several unexpected twists with the disappearance of her mother and the betrayal of a trusted character. 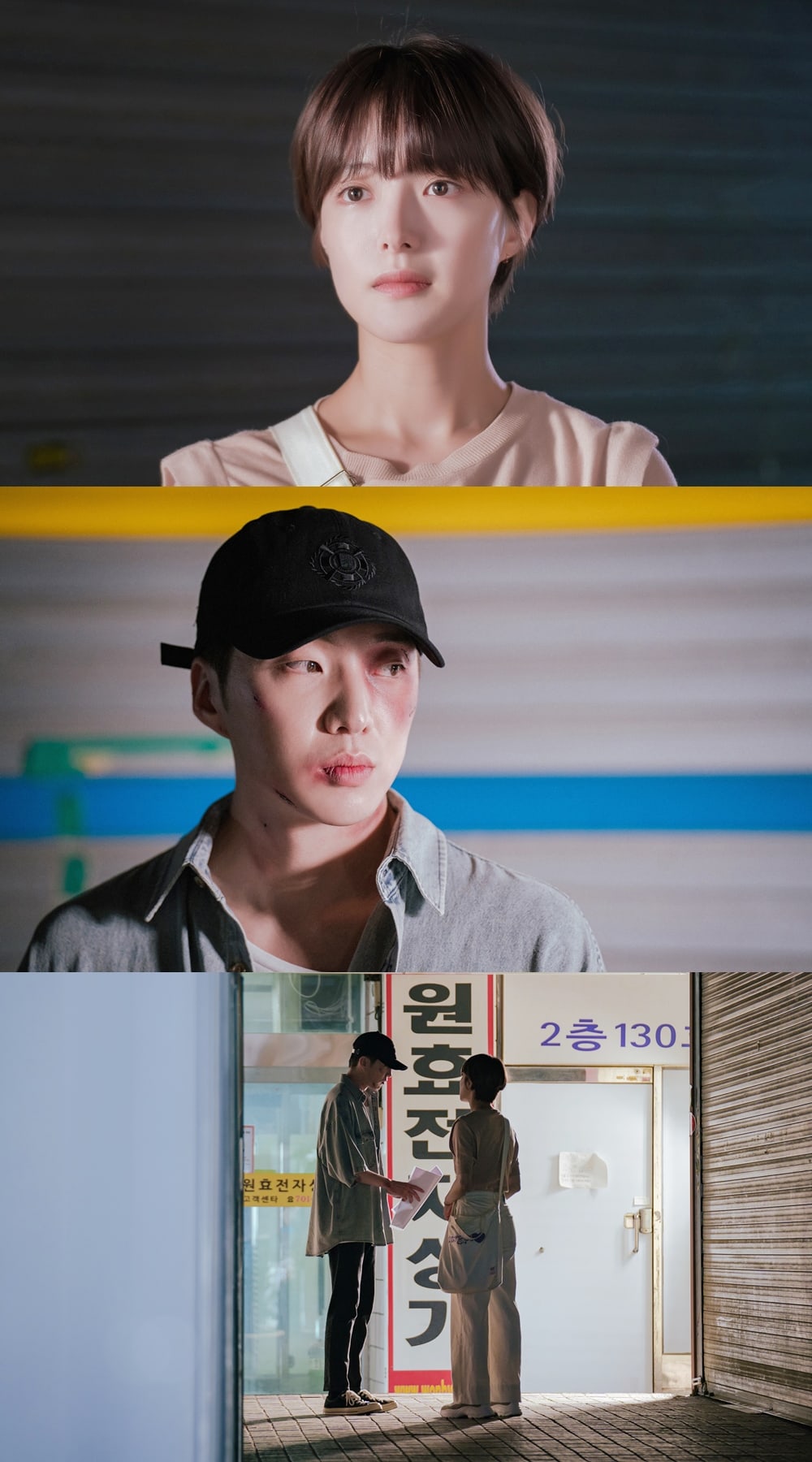