TWICE Talks About Their Guilty Pleasures, Writing Lyrics For Latest Album, And More

TWICE shared their thoughts on their latest comeback in a recent interview!

On October 26, the girl group made their much-anticipated return with their second full-length album “Eyes wide open” and its title track “I CAN’T STOP ME.” The album has since been topping iTunes charts around the world and also took the No. 1 spot on music charts in Korea, Japan, and China.

In the interview, TWICE talked about going for a retro concept. Nayeon said, “As we always did, when the group prepares for a concept we’ve never done before, the members discuss it with each other a lot. I think we focused on expressing TWICE’s unique colors.”

Jihyo agreed, “TWICE is always thinking hard about showing off new concepts.” She added, “I think the most important thing is to make sure that TWICE’s transformation doesn’t feel awkward to the public.”

Mina explained that the group is slowly trying to show off various sides to themselves. “While our cuteness and healthy energy is a given, we’re consistently working hard to become a group of many colors that can pull off new concepts,” she said. 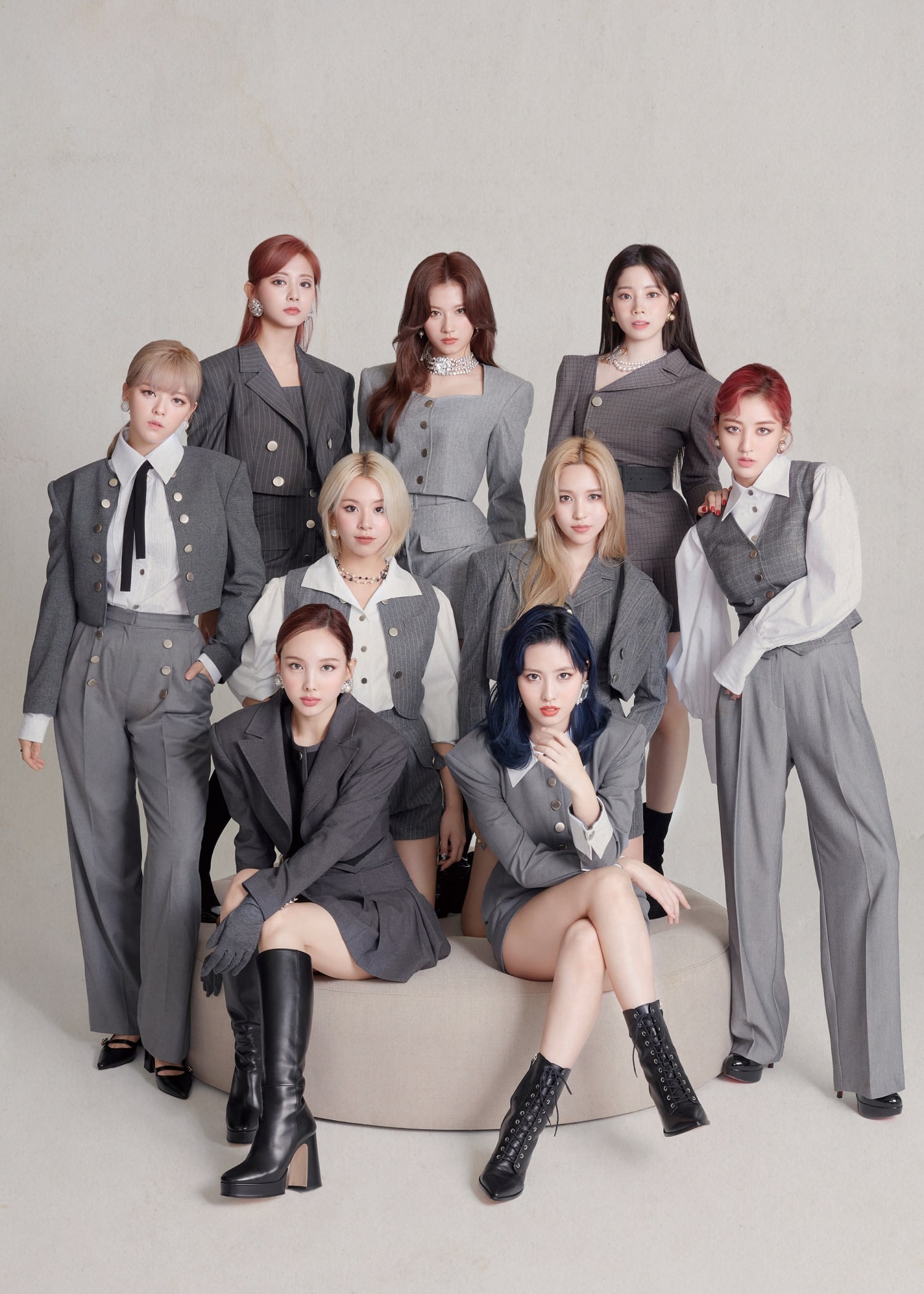 In the spirit of the lyrics to “I CAN’T STOP ME,” TWICE named some of their guilty pleasures. Nayeon said with a laugh, “When I make fun of my members. It’s really fun messing around and teasing Momo and Tzuyu.”

Jihyo shared that she’s been gaming recently. “It’s a game where you draw conclusions and trick other players,” she explained. Laughing, she then added, “It feels great when I win.”

Tzuyu spoke about how she loves bread. She said, “Whenever I eat bread after craving it, I feel like I can’t control myself just like in the lyrics of ‘I CAN’T STOP ME.'”

The group then talked about what kind of things “can’t stop” them. Momo said that she can’t stop herself from taking pictures of her dog, Boo. “My phone is full of photos of my puppy,” she shared.

Meanwhile, Sana named “perfection.” She explained, “I start working really hard when I think about how I want to show an even more perfect performance and side of me. I don’t think I can ever stop doing that!”

Dahyun expressed her love for the group’s fans and chose “concerts.” She said, “I hope the current situation gets better soon so we can perform in front of our fans.”

As for Chaeyoung, she said with a laugh, “Drinking iced Americanos in the morning! Whenever it’s morning, I just really crave an iced Americano.” 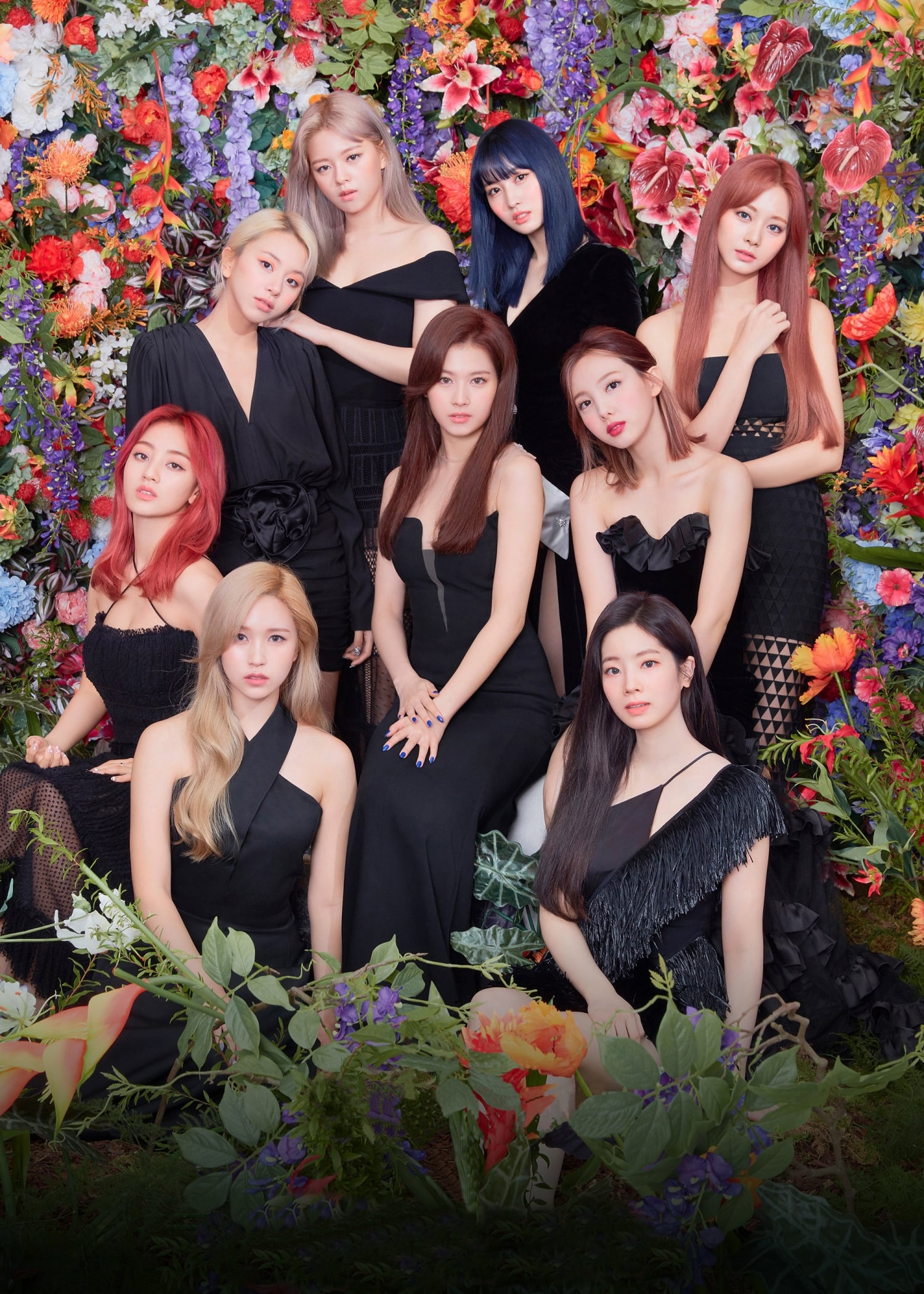 The members took part in writing the lyrics for the tracks on “Eyes wide open,” and they talked about what messages they wanted to relay through those songs.

“When I usually write lyrics, I begin working on it as I untangle all the things I imagined inside my head,” said Nayeon, who wrote the lyrics to “DEPEND ON YOU.” “Sometimes, I start from a blank slate and pour all my thoughts out after organizing all the things I wanted to say. This time, I wrote our lyrics wishing that our fans would think of us in this way.”

Sana talked about writing the lyrics to “DO WHAT WE LIKE.” She shared, “When one is confined by things that are familiar to them, it’s hard to try something new, or they end up being afraid of taking the first step. The lyrics are about how if one has a source of motivation, they can start moving in order to find new things.” She added, “I wrote these lyrics hoping the song could give at least a bit of courage to all the listeners.”

Jihyo explained that she thinks about the melody first and shared her hopes that “UP NO MORE” can help those struggling to spend their nights comfortably.

Dahyun, who wrote the lyrics to two tracks on their album, described “BRING IT BACK” as a song about “bringing everything back” to its original place after the situation has changed. She added, “The lyrics to ‘QUEEN’ contain the message that people should show themselves as they are without forcibly making themselves pretty.”

When asked about having 13 hit songs in a row, Momo said, “To be honest, I had no idea we would receive so much love. More than anything, we work hard to show great performances and sides of us each comeback. I think a lot of people are supporting and liking how we concentrate on our music and performances and how we work hard to improve the finished product.” She expressed her gratitude to fans who enjoy their performance videos.

Sana chose TWICE’s unique energy as the secret to the group’s success. “A lot of people like our bright and healthy energy, and since the members have great teamwork, I think that shows naturally on the stage or in our daily lives,” she explained. Dahyun thanked TWICE’s fans, mentioning how they always give her strength and inspire her to work harder.

As a final thought, the members talked about how they want the group to be described. Sana shared that she hopes TWICE can become a group that people can trust to do a good job every time, both musically and on the stage.

Similarly, Chaeyoung said, “‘Master of the stage.’ ‘As expected, TWICE performs really well.’ ‘Their performance is really fun.’ I want to hear reviews like that. I feel really proud and reenergized when I see or hear those kinds of reactions!”

Tzuyu shared, ‘We want to become a group that always expresses their gratitude to the fans who are by our sides, supporting us.”