MBC has given a glimpse of Yoo In Na and Eric in the upcoming episode of “The Spies Who Loved Me”!

“The Spies Who Loved Me” is a suspenseful romantic comedy about a woman who inadvertently gets caught up in the world of espionage. Yoo In Na stars as Kang Ah Reum, a wedding dress designer who gets married twice — and accidentally marries an undercover spy both times.

In the new stills, Jun Ji Hoon and Kang Ah Reum appear to be pursuing the mystery of Sophie’s death. Kang Ah Reum attends Sophie’s funeral mass, and she looks determined despite her sadness. Meanwhile, Jun Ji Hoon looks on at Kang Ah Reum. He had been ordered by Ban Jin Min (Kim Tae Woo), Director of Asian Affairs at Interpol, to investigate Kang Ah Reum. 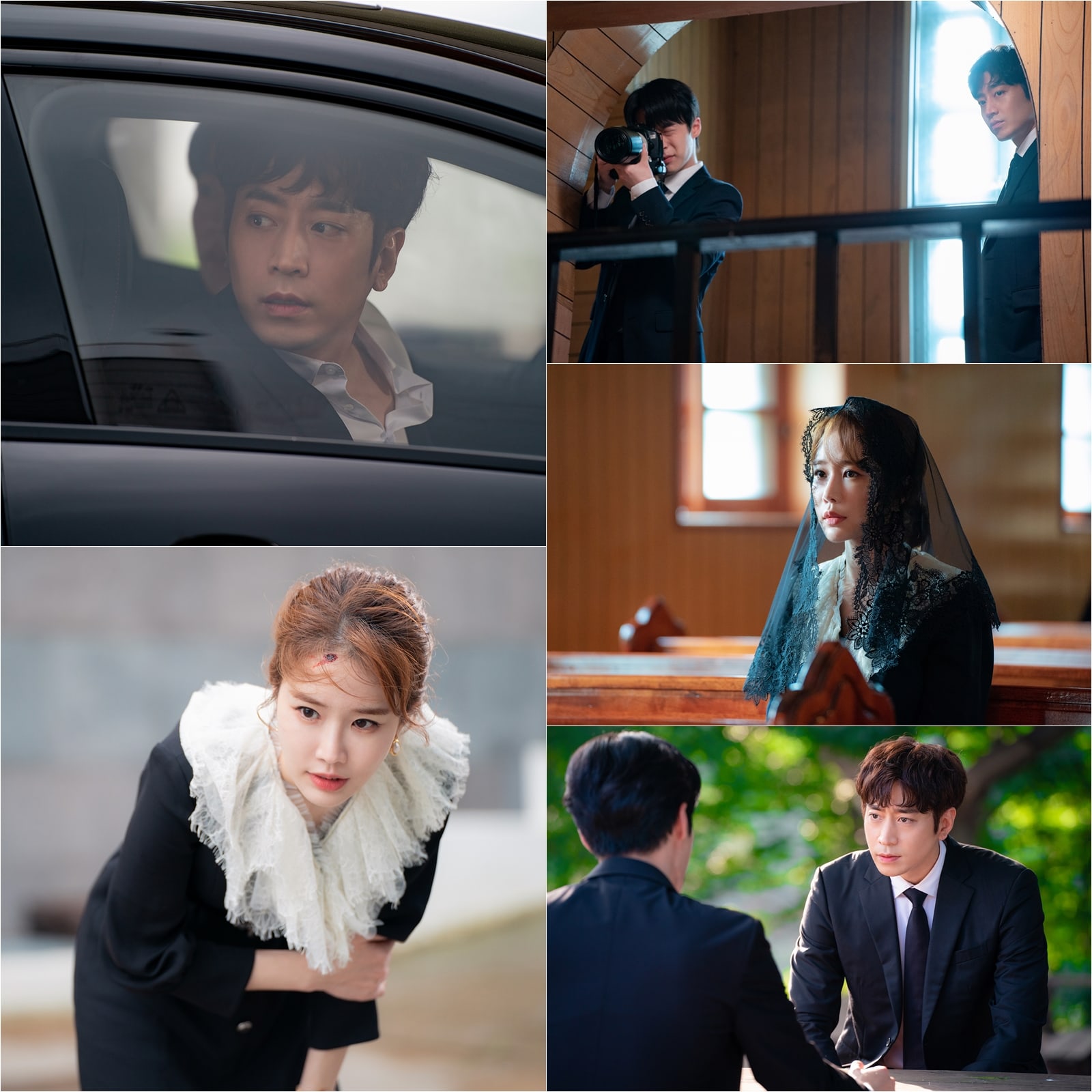 Jun Ji Hoon’s reason for chasing down Kang Ah Reum despite his mentioning that she doesn’t know anything is something to watch for in the upcoming episode. Kang Ah Reum is also on the hunt for clues although her forehead seems to be bleeding. Viewers can look forward to the tension between Kang Ah Reum, who begins to seriously look into the mystery of Sophie’s death, and Jun Ji Hoon, who failed to prevent her from dying.

The drama’s production team commented, “Jun Ji Hoon and Kang Ah Reum start to pursue the mystery of Sophie’s death with different goals in mind. The actions of Kang Ah Reum, who is caught up in an intelligence war, will create an interesting turn of events. Also, please look forward to the arrival of Derek Hyun, who has a deep connection with Sophie.”

“The Spies Who Loved Me” airs on Wednesdays and Thursdays at 9:20 p.m. KST.