“Please Don’t Date Him” is a futuristic rom-com about women who use a device equipped with artificial intelligence (AI) capabilities to make decisions about who to date.

Song Ha Yoon stars as Seo Ji Sung, a programmer at a team that creates new AI and smart home devices. She is determined to succeed in her career despite being bullied by her co-workers, and she is equally determined to be a good wife to her fiancé. She wants to avoid making mistakes in work and in love, and when an “AI refrigerator” with special abilities comes into her life, it changes her forever.

In the new stills, Song Ha Yoon transforms into a regular office worker, working at projects on her computer and fielding phone calls. 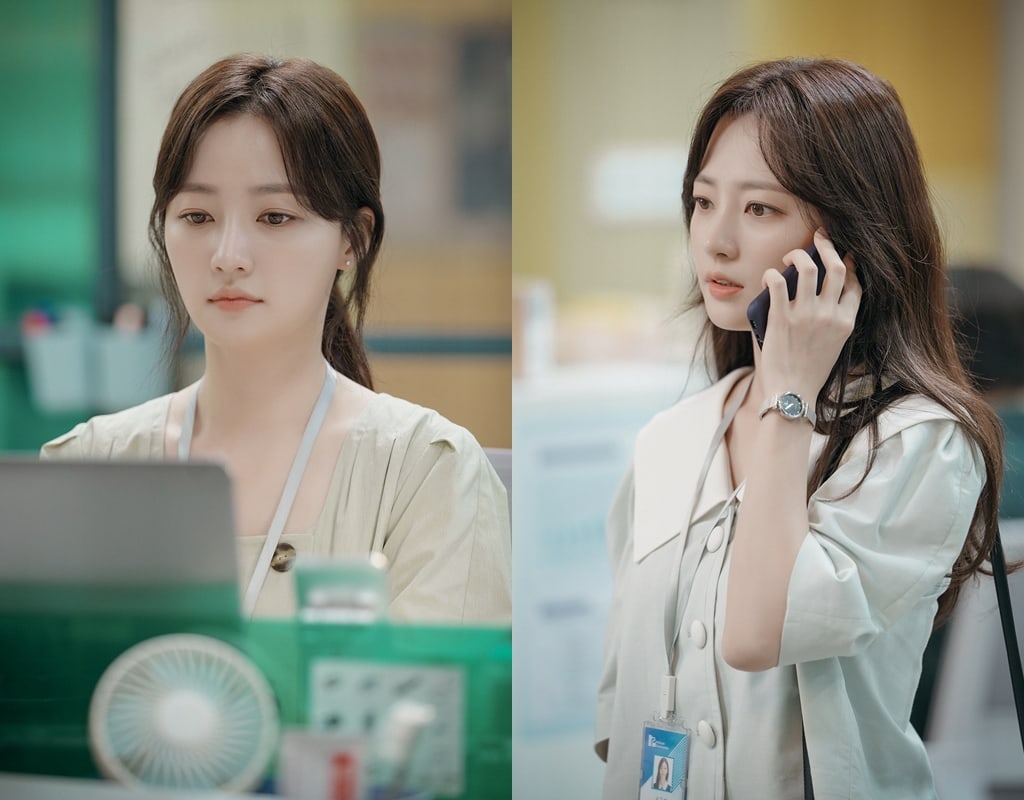 In the first teaser video, Song Ha Yoon comes across the AI refrigerator known as “Jo Sang Shin” and asks it, “Recommend me something I can make for breakfast for my future husband, a man in his thirties, works as a dentist.”

Instead of giving her the desired result, however, the fridge asks in response, “Do you want to know the truth about that man?” Song Ha Yoon then appears shocked and horrified by what she sees on the screen.

In contrast to Song Ha Yoon’s character, who believes in the future of artificial intelligence, Lee Jun Young plays a character who is charmingly stuck in the past. Jung Gook Hee takes care of the neighborhood street cats instead of spending all his time on his smartphone. He is a bit of a unique firefighter who regularly patrols the neighborhood under the belief that prevention is the best method. He is a “real retro” man, the rare person in 2020 who has no social media presence at all.

In the stills, Lee Jun Young captures his character’s retro vibe in his old-fashioned orange uniform and black nametag as he patrols the neighborhood on his bicycle. 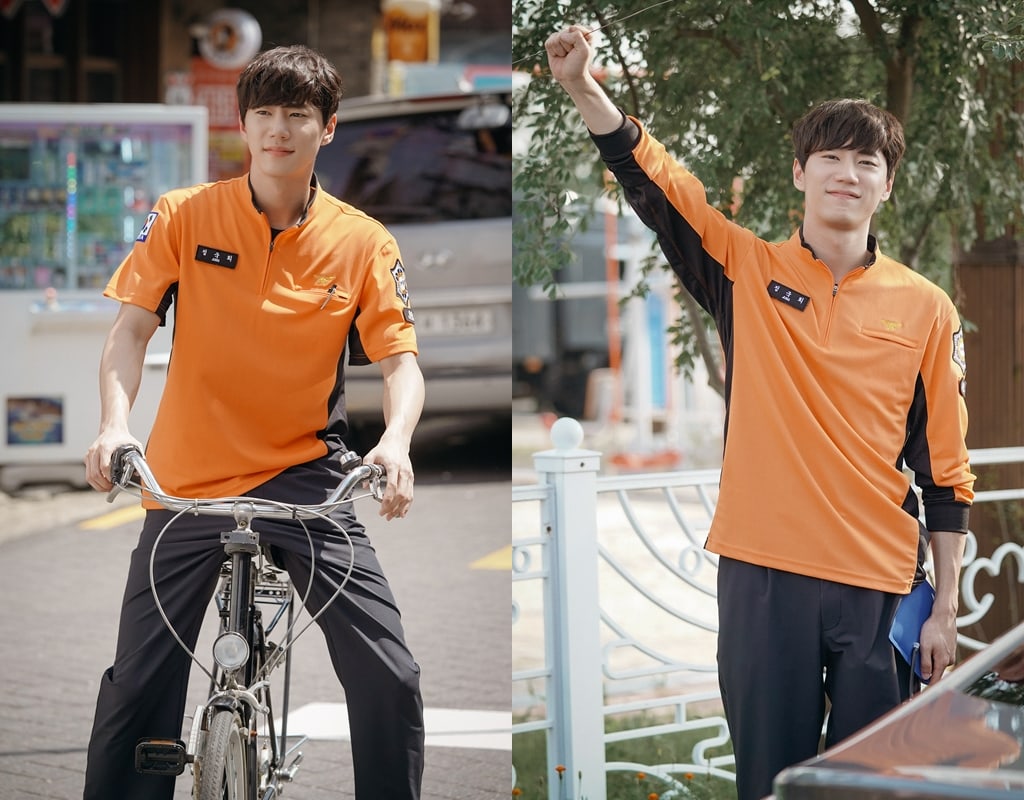 Other cast members in this drama include Apink’s Yoon Bomi, Gong Min Jung, Joo Woo Jae, and Kim Ki Ri. The drama is slated to premiere on November 10.