Ong Seong Wu and ZE:A’s Kim Dong Jun will show unexpected bromance in the upcoming episode of “More Than Friends”!

The JTBC romance drama is about two close friends who both fall in unrequited love with each other over the course of 10 years. Shin Ye Eun stars as Kyung Woo Yeon, a calligrapher who finally decides to give up on her one-sided love for her guy friend after a decade of pining. Ong Seong Wu plays photographer Lee Soo, the longtime object of Kyung Woo Yeon’s affection, who suddenly starts seeing her in a different light after years of friendship. Kim Dong Jun takes the role of On Jun Soo, the handsome and charming rival for Kyung Woo Yeon’s heart.

Previously, Kyung Woo Yeon found out Lee Soo was in love with her. However, instead of being happy that her longtime crush finally liked her back, she felt resentful that he would start falling for her now when she was trying to be happy with On Jun Soo. Lee Soo, who still couldn’t let go of her, told her, “I’ll be the one doing the unrequited love now.”

In the midst of the deepening love triangle, the new stills preview the two love rivals drinking together. Although they usually quarrel when they meet, they seem somewhat friendly this time as they share their love for Kyung Woo Yeon over alcohol. This unexpected moment is bound to bring laughter to the small screen. 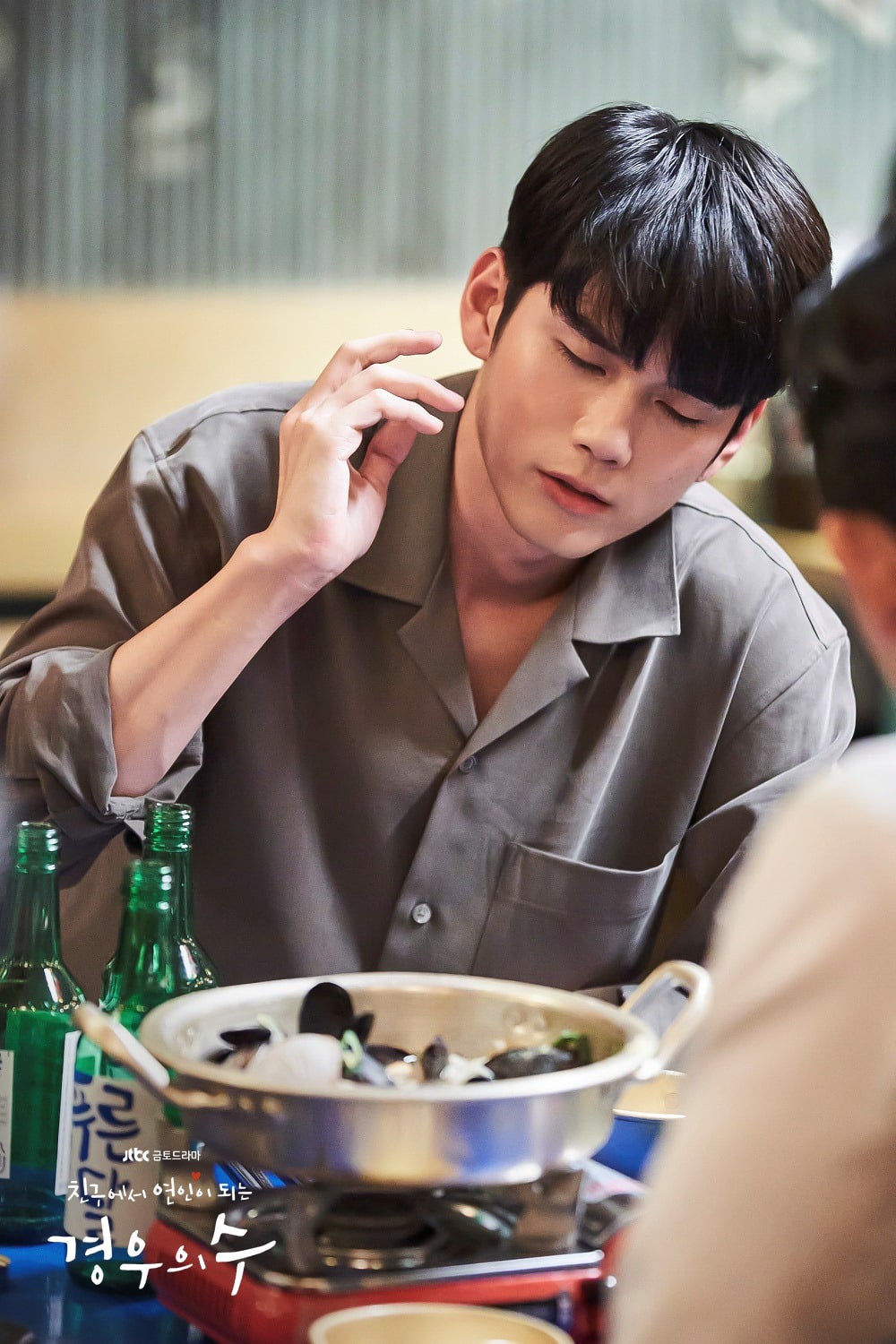 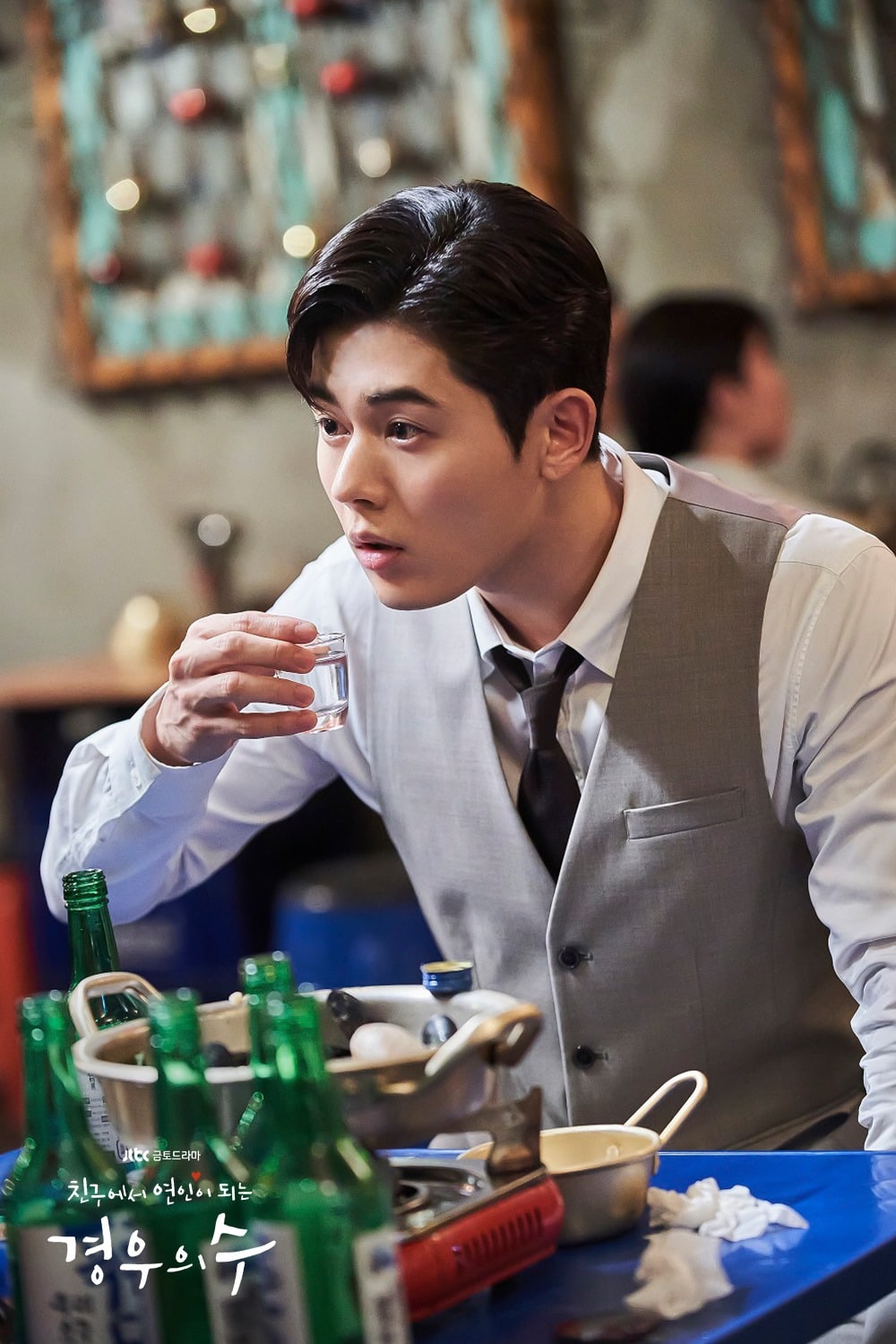 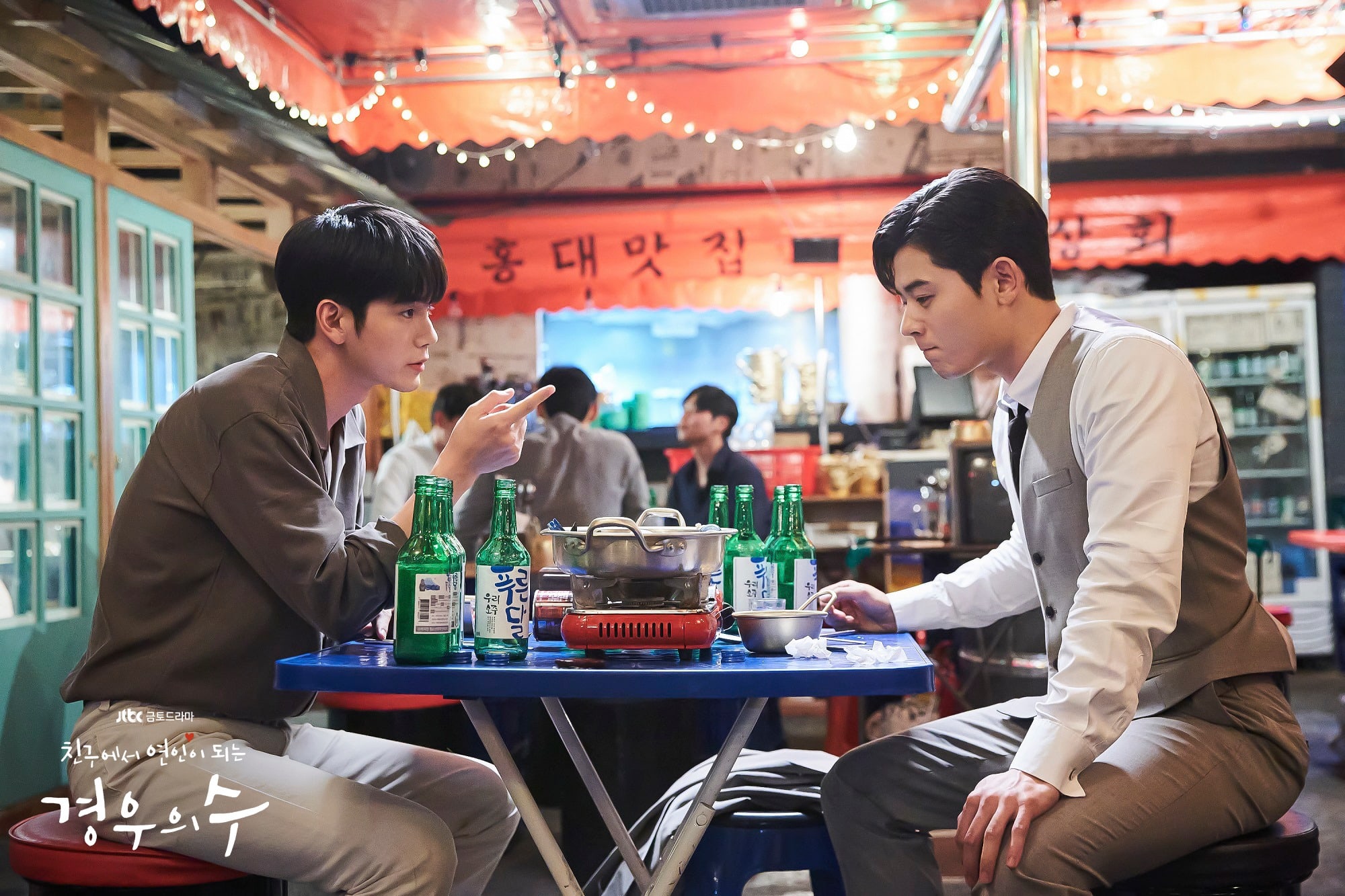 The production team of “More Than Friends” hinted that their love triangle will become even more exciting in the second half of the drama and that Lee Soo and Kyung Woo Yeon’s longtime friendship will experience some drastic changes.

Catch up on the drama with English subtitles here: