T-ara’s Soyeon has decided to step down from MBN’s “Miss Back.”

A mix of a documentary and a variety show, “Miss Back” follows a group of “forgotten” female singers who are hoping for a second chance at success. The cast includes Gayoung from STELLAR, Nada from Wassup, Raina from After School, Sera from 9MUSES, Soyul from Crayon Pop, Subin (Dalsooobin) from Dal Shabet, and Jung Yujin from The Ark. Leading the show is veteran singer Baek Ji Young, who serves as the younger singers’ producer and life mentor.

On the October 29 episode of the program, Soyeon announced that she would be leaving the show early. “After a long discussion with the producers and with my agency,” she said, “I have decided to say goodbye [to the show] and leave things with a beautiful farewell.”

Explaining her decision to step down after just four episodes, the singer recalled, “On the first day of filming, I met the fellow members that I’d be working with for the show, and I was so happy and excited to see them again after such a long time. That’s how we started filming.”

“Of course, I also faced my own share of pain and suffered my own emotional wounds during my career,” Soyeon went on, “but I found out that the others had experienced pain and suffered wounds that I could never have imagined. I learned that these younger women were going through great hardship, and I didn’t want to compete with them and take this kind of opportunity away from them when they were struggling.”

She continued, “Even though I have ended up saying goodbye first, I hope that you will continue to cheer for Sera and the younger sisters—all seven of them—who will find the song of a lifetime through ‘Miss Back.’ Please root for them and applaud them up until the very end.” 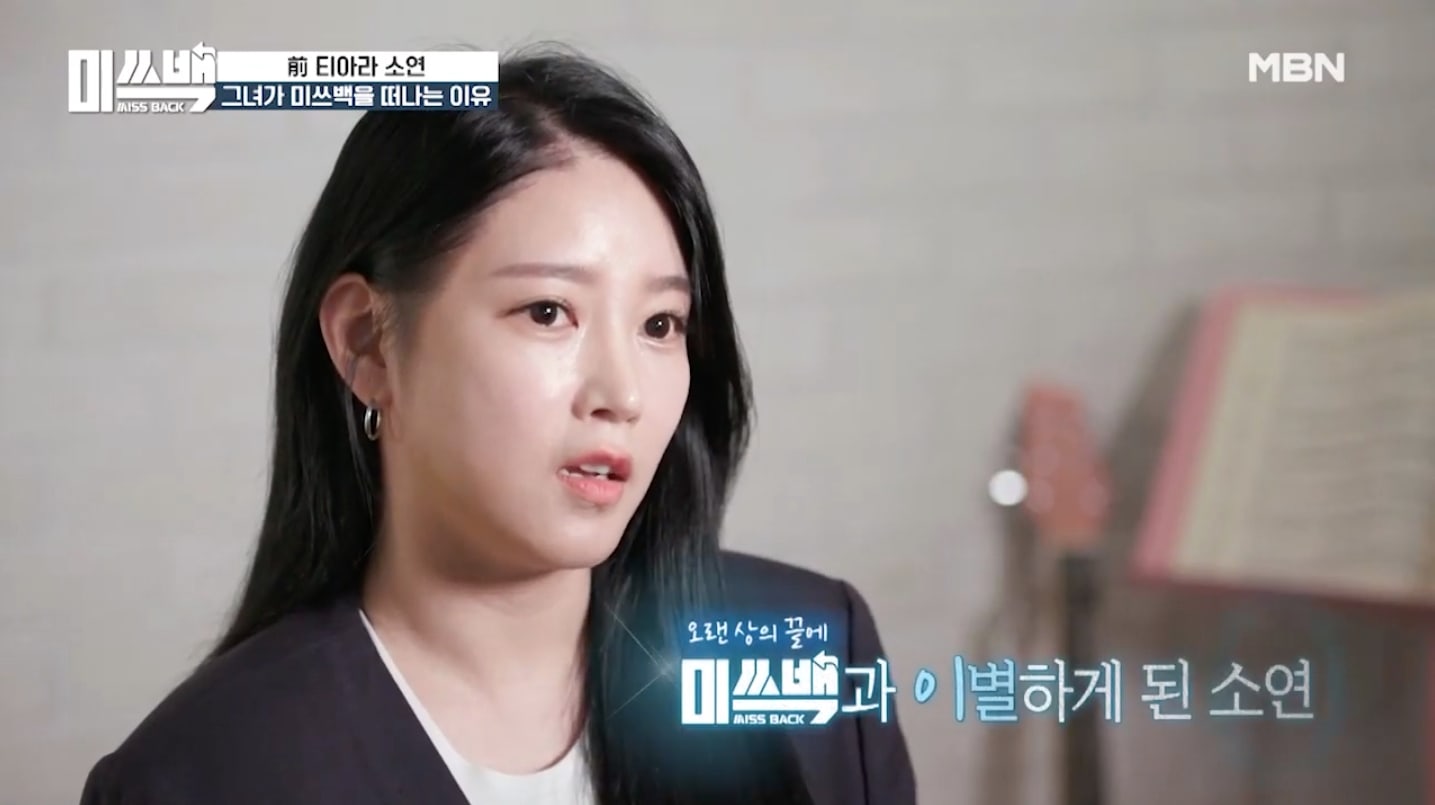 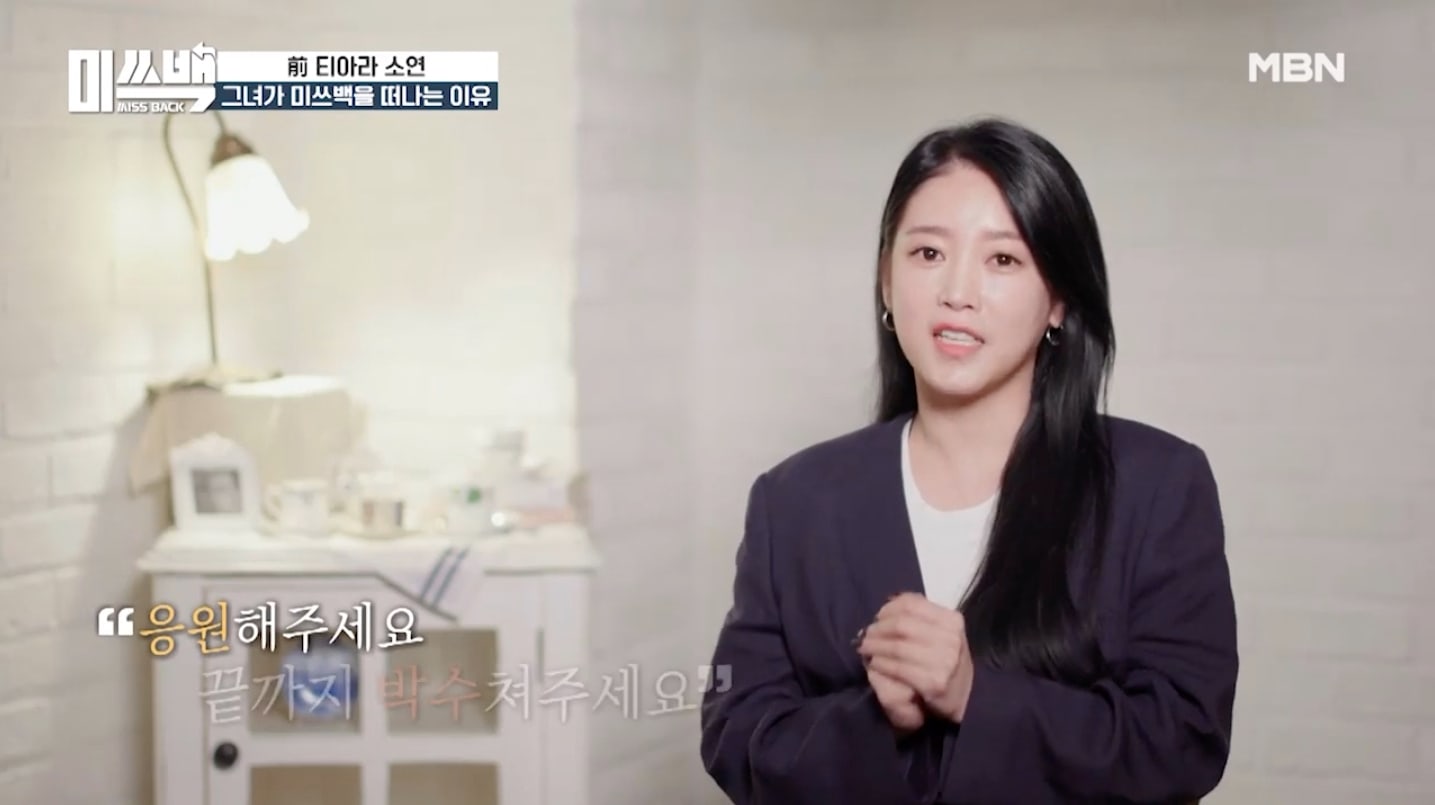 Soyeon
T-ara
Miss Back
How does this article make you feel?