Furthermore, Nam Do San’s determined gaze also has a touch of wariness. Meanwhile, Han Ji Pyeong knits his brows in surprise, making viewers curious about what conflict could have occurred between the two. 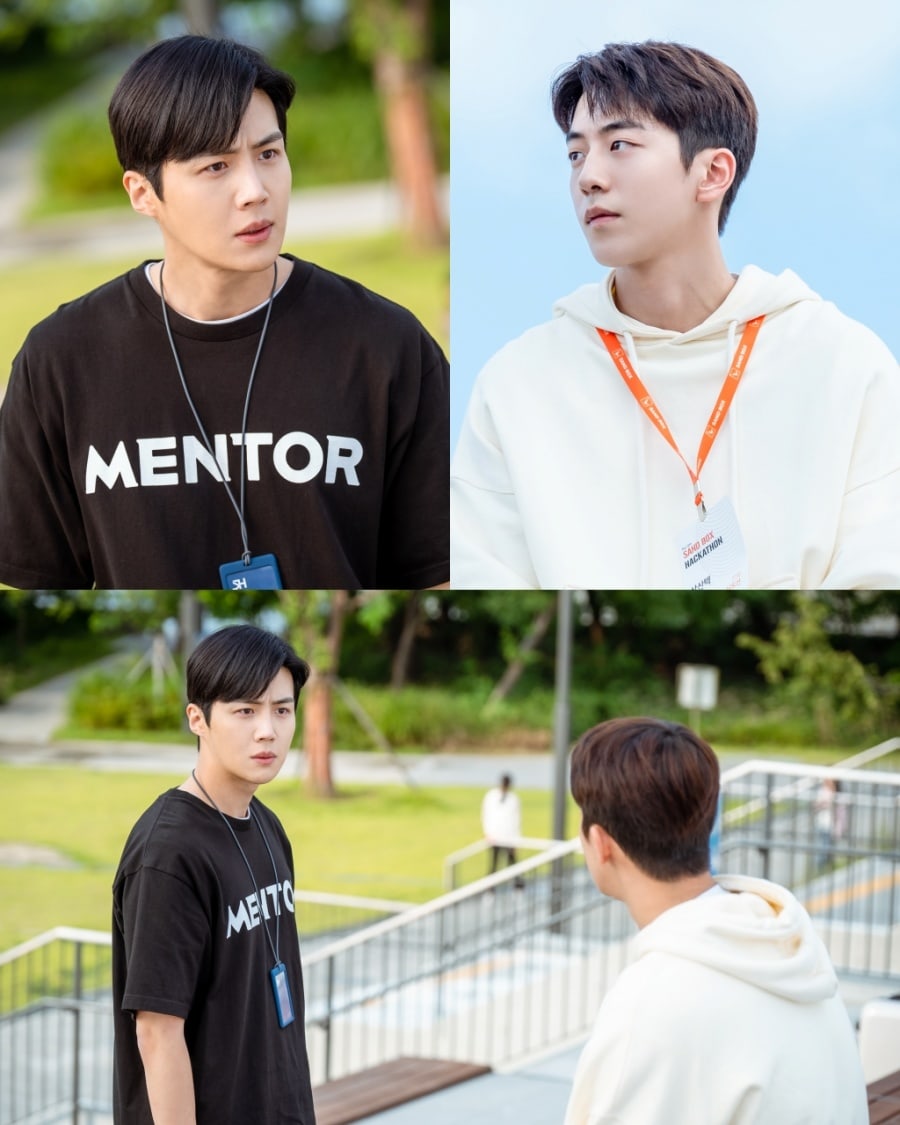 In the past, Han Ji Pyeong had written letters to Seo Dal Mi using Nam Do San’s name. Although Han Ji Pyeong denied his feelings for Seo Dal Mi when Choi Won Duk (Kim Hae Sook) asked him, he is unable to hide his concern for her.

Without revealing the truth behind Seo Dal Mi’s first love, Nam Do San has taken on the challenge of building a startup company, and Han Ji Pyeong will become a mentor for Nam Do San’s company. As the two continue to meet amidst growing tension, viewers are curious to see what direction the love triangle will head towards.