On October 30, Kim Kap Soo uploaded a photo of himself and a post to BTS’s fan community Weverse, sharing that he’s become a member of BTS’s fan club ARMY.

The actor wrote, “#to_Jimin. Jimin, do you remember by any chance? When you were eating with your mother at a restaurant, I was also eating at that restaurant and we said hello. I feel embarrassed, but I’m an ARMY too. I registered today. Always stay healthy. Congratulations.”

Along with the post, he uploaded a selfie that he took at a restaurant that’s famous among ARMYs. The group members were regulars there, as it’s located near their former practice studio. 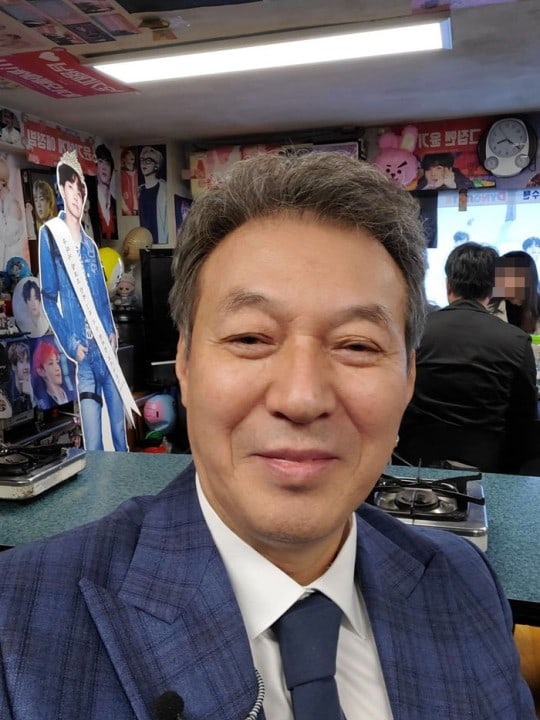 SpoTVNews quotes a source from Kim Kap Soo’s agency Hunus Entertainment as saying, “It’s true that he wrote the post himself. He said that he’s a BTS fan so he personally paid to join their fan club.”

Watch Kim Kap Soo in the drama “Just Dance” along with Jang Dong Yoon and Park Se Wan below!

BTS
Kim Kap Soo
How does this article make you feel?