Korean Celebrities Who Care About The Environment

While we love watching Korean celebs on stage or in our favorite dramas, we are equally thrilled when we see them advocating for causes they believe in. 2020 has been filled with many challenges, but climate change is one of the most important issues our world faces today — who remembers those devastating wildfires in Australia earlier this year? More and more Korean celebrities are speaking out about the environment and using their platform to encourage environmentalism in both Korea and on a global scale, whether it’s inspiring us to take small eco-friendly steps in our daily lives, or advocating on the level of government policy. Read on to check out the work that 14 stars have done to help the environment, and, most importantly, get inspired by their tips to live a more eco-friendly lifestyle yourself! 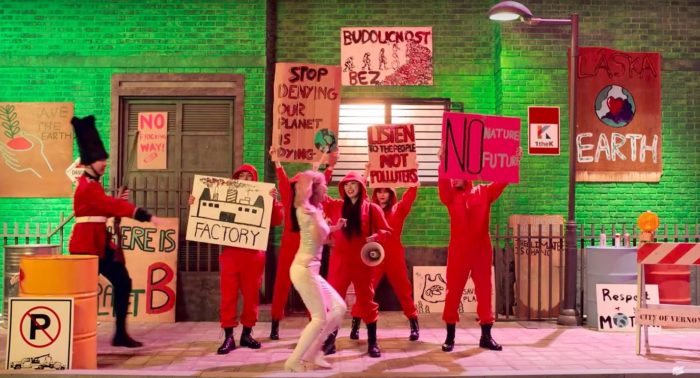 To start us off, MAMAMOO gave the issue of climate change a platform via their 2019 hit “HIP,” the first K-pop music video to visually address the topic. One of the MV’s scenes shows Wheein at a climate rally, dressed in full protest gear and touting signs demanding that we take action for the Earth. In a song about being yourself, it’s an important reminder that we should embrace and stand up for issues that we care about. 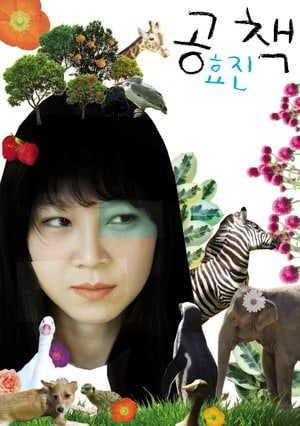 When it comes to passion about the environment, it’s hard to beat rom-com queen Gong Hyo Jin. In 2010, the actress published “Gong Hyo Jin’s Notebook,” a collection of personal essays and reflections on nature and the environment. The book includes tips and steps that we can all take in our daily lives to protect our planet.

But Gong’s activism doesn’t stop there: as a model and as someone who cares about the Earth, she was troubled by the fact that the fashion industry compels people to constantly buy new things — so she founded a fashion brand called “Super Magic Factory” that upcycles old materials into new products. In 2019, she gave the keynote speech at the Herald Design Forum, which was held with the theme “Do We Need Another Planet?” She encouraged us to take more responsibility for our choices, becoming more conscious and acting when we can, and reflected that “the most important thing is to be aware at all times.” You can check out Gong’s Herald Design Forum speech (with English subtitles!) here: 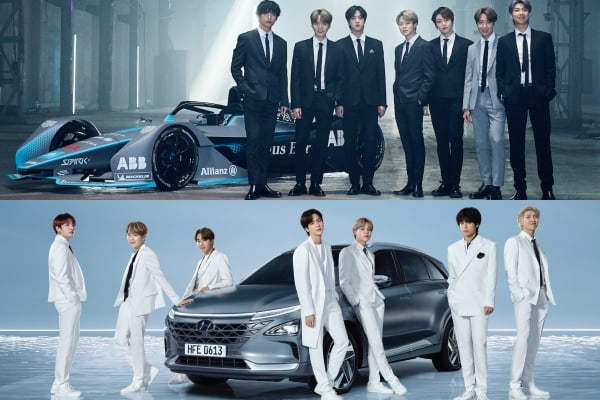 BTS pulls off their activism in sleek style, as ambassadors for two eco-friendly efforts in the vehicle world. The boys partnered with Formula E as ambassadors for the world’s first car racing championship that uses electric cars, promoting Formula E’s vision for a world that combats air pollution with more environmentally-friendly vehicles.

The group is also the brand ambassador for Korean car manufacturer Hyundai’s clean energy projects. For Hyundai’s IONIQ electric car, BTS released a full song and music video called “I’m On It.” Hyundai’s cutting-edge NEXO model is powered by a hydrogen fuel cell — meaning that its only emission is water. BTS’s creative energy beautifully complements Hyundai’s efforts in several short videos. As the Hyundai website puts it, “BTS is inspired by the beauty of nature, and they have teamed up with Hyundai to create some gifts for the Earth.” 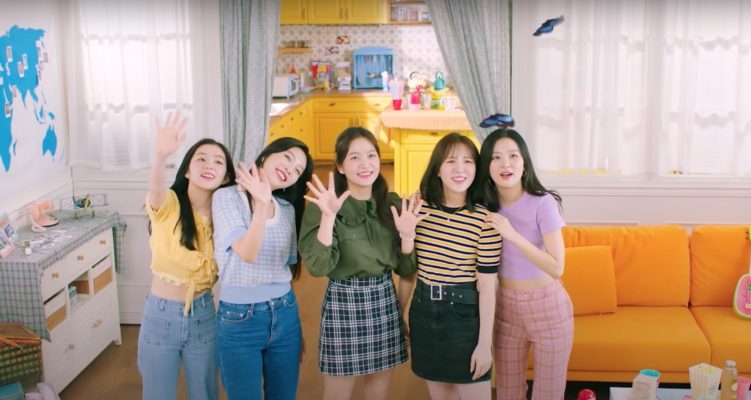 Mark your calendars for September 7, because as of this year it has been officially designated as “International Day of Clean Air for blue skies.” The day is part of a United Nations effort, led by South Korea, that seeks to raise public awareness and foster international cooperation to improve global air quality. The ladies of Red Velvet served as goodwill ambassadors for the event, participating in advocacy for “International Day of Clean Air for blue skies.” Check out their fun, informational video below to learn about not only the dangers of air pollution but also the small changes we can make in our daily lives to help improve our planet’s air quality. Join Red Velvet in their efforts towards #cleanairforall! 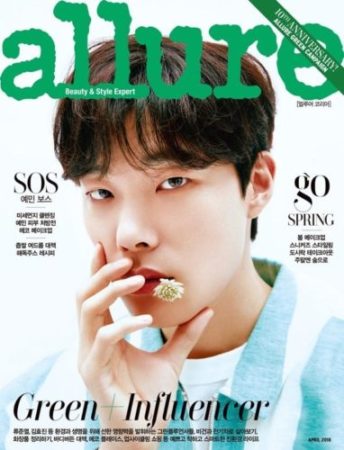 Ryu Jun Yeol is another avid climate activist, and the actor has used his platform to help bring about real change! Ryu became interested in the environment after filming “Youth Over Flowers” in Africa, and has since participated in environmental campaigns and even written a column in Huffington Post Korea to speak about how plastic harms marine ecosystems. Ryu made a donation earlier this year to help with the wildfires in Australia, and has been a regular donor to Greenpeace. He also actively participates in Greenpeace campaigns and has even narrated a documentary on climate change for Korea’s Educational Broadcasting System! Ryu has urged the Korean government to take steps to minimize disposable plastics and has worked hard to bring his daily life in line with his ideals, avoiding straws or plastic coffee cups to live a plastic-free life. Ryu often brings environmental issues to light via his Instagram, like below:

Back in 2016, Jay Park participated in “24 Hours of Reality,” an annual event held as part of former U.S. Vice President Al Gore’s Climate Reality Project. The annual event features 24 hours of presentations, discussions, and performances to raise awareness and think about how to slow global warming. While Jay Park couldn’t attend the event in person, the rapper performed “Me Like Yuh” and “Solo” virtually (before we started doing everything virtual!). Jay Park performed again in 2017, as did Minzy, who sang “Superwoman.” Minzy was later joined by Eric Nam for a talk about the dangers of climate change, and what we can do to help. You can check out Jay Park’s 2016 performance above and listen to Minzy and Eric Nam’s chat below: 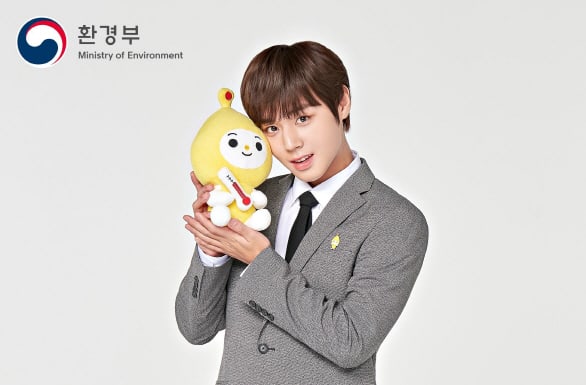 Korea’s Ministry of Environment appointed singer and actor Park Ji Hoon, along with singer duo Norazo, as climate change ambassadors in 2019. In this role, the former Wanna One member promotes the government’s policies to combat climate change and participates in public advertisements and efforts to encourage an eco-friendly lifestyle. The Ministry thought that Park’s clean and innocent image was perfect for the cause. You can check out one of his promotions below — there are no subtitles, but the message is clear! 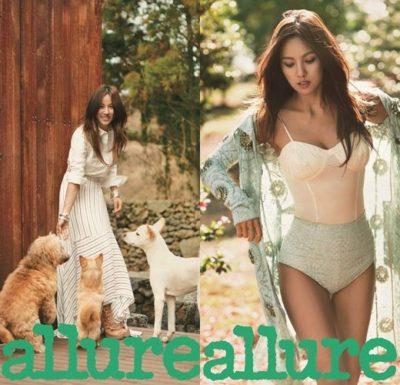 When it comes to activist idols, we can’t leave out Lee Hyori. The singer is a strong advocate for animal welfare, so naturally she has become an environmentalist as well. In addition to speaking out about the environment, Hyori has made admirable efforts to adopt an eco-friendly lifestyle in every way she can: she and her husband Lee Sang Soon opted for an environmentally-friendly wedding, and even the couple’s home on Jeju Island is environmentally friendly, featuring solar panels and natural materials. 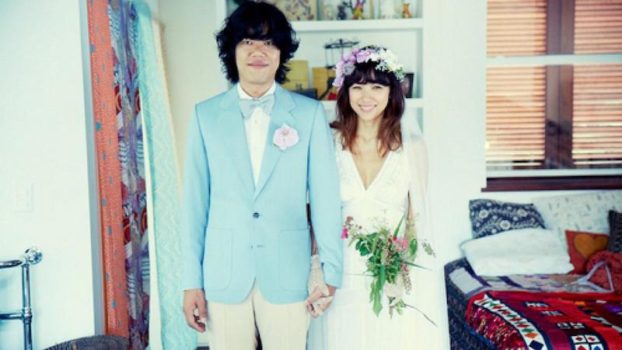 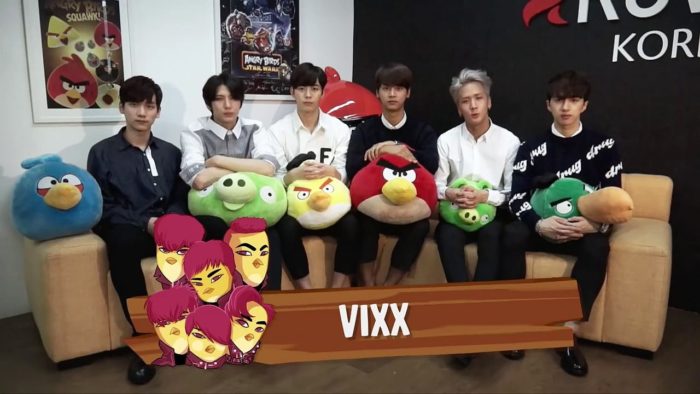 VIXX teamed up with Angry Birds (yes, that Angry Birds) back in 2015 for a lighthearted climate change campaign with the hashtag #AngryAboutClimateChange. The campaign featured celebrities from around the world and included an Angry Birds tournament featuring in-game avatars of all the stars involved! The project promoted awareness about climate change, as well as Earth Day Network’s “Canopy Project,” which seeks to plant trees around the world, especially in regions with high habitat degradation. Check out VIXX’s video below to see their adorable “angry” faces: 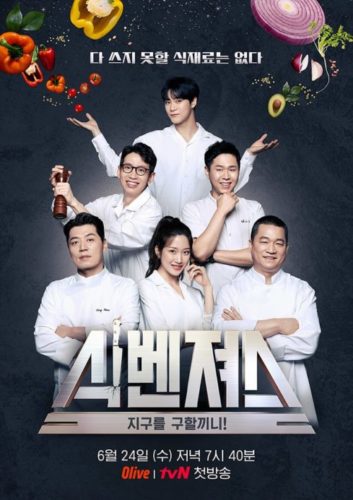 These three stars joined TV channel Olive’s new “Food Avengers” this year. The cooking show challenges the trio, along with celebrity chefs, to prepare zero-waste meals with leftover ingredients that are perfectly fresh but otherwise would have been thrown away — now that’s an admirable and yummy cause! The show will make viewers laugh while demonstrating how to reduce food waste via new recipes. Catch a clip of ASTRO’s Moonbin cooking in a zero-waste restaurant below: 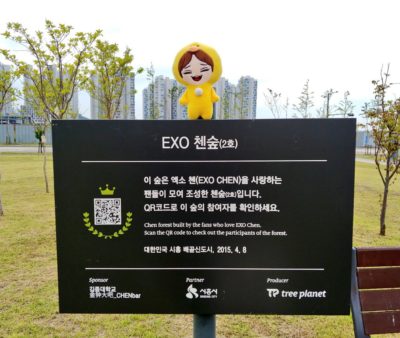 K-pop fandoms have a proven track record of engaging on important issues in a very big way, and that includes environmental issues! One of the most meaningful and tangible ways that fans have made a positive impact on our planet is via planting forests. Many fan groups have come together to plant trees and forests in the name of their favorite idols. Some of these include Seo Taiji, 2NE1, MAMAMOO, BTS’s RM, and EXO’s Chen and Baekhyun (Chen’s fans have planted a whopping three forests in his name!). We’re thankful to those who have used their love of K-pop to change the world!

Hey Soompiers, are you inspired? Which environmentally-conscious celeb do you admire? Share your favorite tips for a more eco-friendly lifestyle in the comments below!