WINNER’s Song Mino revealed his house on tvN’s “On and Off”!

On the October 31 broadcast of “On and Off, “Song Mino” shared a look at the house he lives alone in. His family lives in the house right next door, and the two houses share a yard. Song Mino’s house is divided into the space he uses daily (second floor) and the space where he keeps the pretty items he collects (first floor), like a gallery. He had many beautiful plates on display in his kitchen, and he explained that those plates were only meant to be looked at and not used.

Song Mino ate breakfast at his family’s place and headed to his garage, which he had transformed into an art studio. He showed himself painting a series of self-portraits, and he shared that six of his art pieces were exhibited at London’s Saatchi Gallery. Regarding when he started drawing, he explained, “There’s always at least one student in class who can draw well, and that was me. After my debut, I wanted to start drawing in earnest, so I studied drawing on my own.” 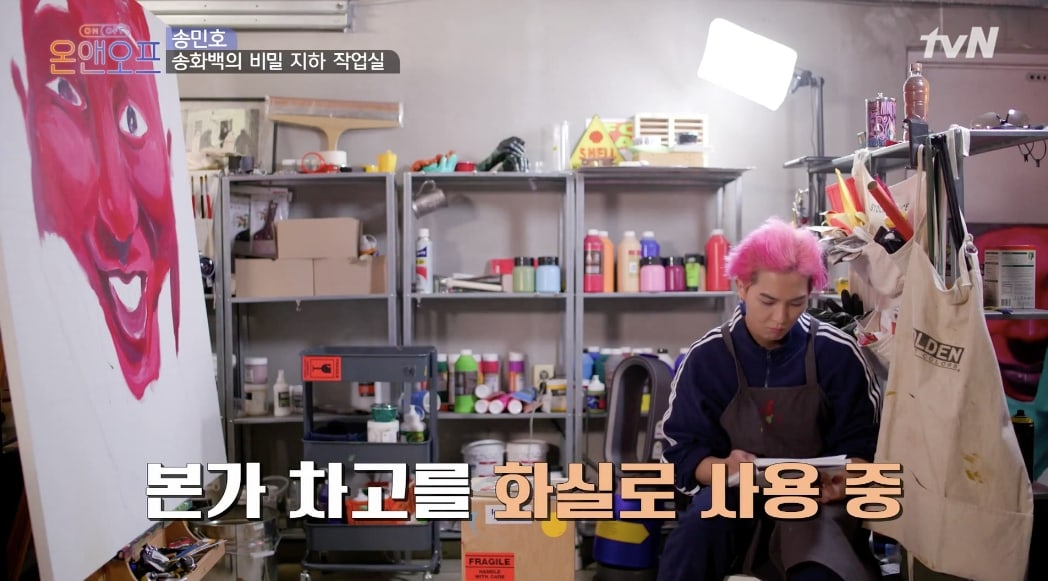 After painting, Song Mino headed to his living room, which was filled with unorganized things. His friend Block B’s P.O came over and helped him clean up, but P.O quickly grew annoyed when Song Mino kept taking things out to look at them instead of putting them away. 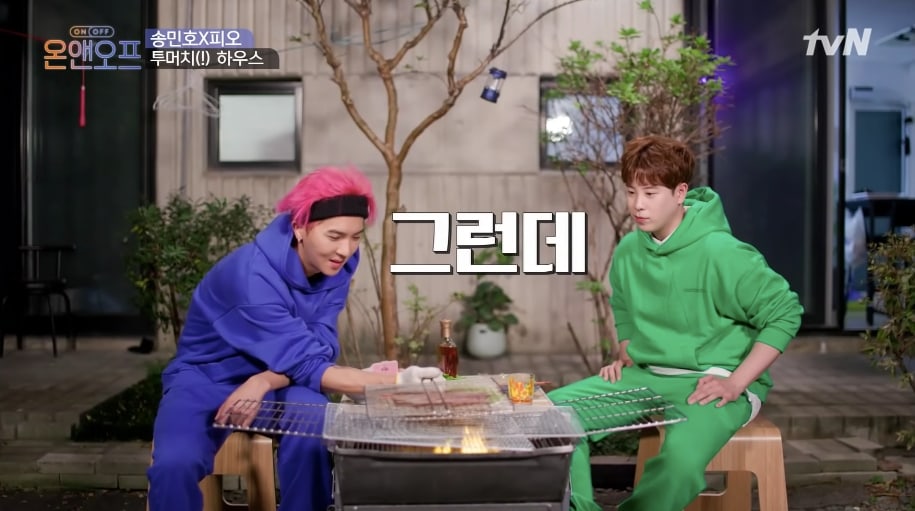 After tidying up the room, the two friends had a barbecue in the yard. Song Mino was in charge of grilling the meat, so P.O went inside to find some plates. When he brought out two of the plates Song Mino had on display, Song Mino, in quiet anger, told him to put them back and get the usable plates. After finishing up their meal, they headed to Song Mino’s music studio to have their own karaoke party. 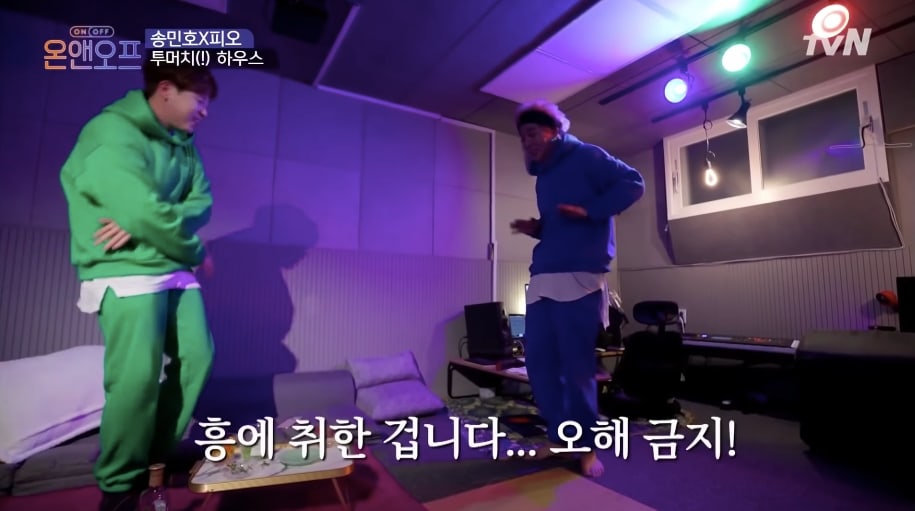 Watch the highlights of Song Mino’s segment on “On and Off” below!

WINNER
Block B
Song Mino
P.O
On and Off
How does this article make you feel?